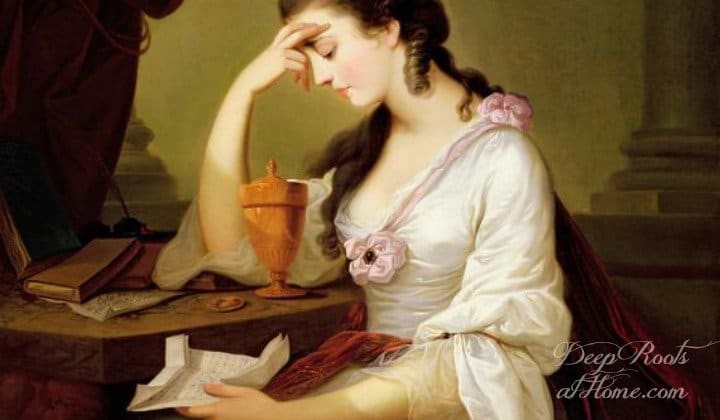 Abigail Adams recognized the importance of teaching her own children. She stressed children should be taught by mothers who were not merely literate, but students themselves, and she was ready to speak out in favor of home-education every chance she had. She would have supported parents making an exodus from public schools (government schools) today!

She was a fabulous early example of how homeschooling could and should look.

Abigail’s mother taught Abigail and her sisters to read, write, and even calculate mathematics. They studied English and French literature, and in addition, Abigail received added education from her father’s teaching in the family’s large library. Her well-educated and loving father was minister of the North Parish Congregational Church in Weymouth, Mass. 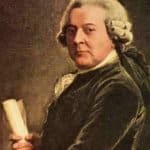 John Adams, already Harvard-educated and a fiery country lawyer at the time, was attracted to the seventeen-year-old who knew much about politics and philosophy – considered inappropriate reading for a woman in that society.  John and Abigail were married in 1764, a dozen before the 13 American colonies severed their political connections to Great Britain.  Abigail bore six children, three sons and three daughters, four of whom lived long lives. She was the first woman to be both wife of a president and mother of a president.

Abigail and John Adams would become the most famous couple in American history and were an amazing pair by all accounts.

After watching the Battle of Bunker Hill erupt in nearby Charlestown and knowing close friends had died, Abigail offered up her pewter and silver so it could be made into bullets for the cause! Can you imagine what took place in the 7 year-old heart of future president John Quincy as he watched them being made into ammunition right there in their kitchen! She also sheltered patriot troops and Boston refugees at her Braintree home.

“John Adams traveled to France and the Netherlands during the American Revolution, in hopes of urging those countries to support the colonies.

“During his prolonged absences, Abigail remained at home teaching the children and also running the family farm. Although women at that time did not normally handle business affairs, Abigail traded livestock, hired help, bought land, oversaw construction, and supervised the planting and harvesting. Abigail’s childrearing included continual reminders of what the children owed to virtue and family tradition.” (source)

“Along with her husband, Abigail believed that slavery was evil. She believed that everyone, black, white, men or women, should be equal. Abigail Adams, went so far as to employ free blacks for labor as opposed to the two domestic slaves owned by her father. When a free black youth came to her house asking to be taught how to write, she said, “I have not thought it any disgrace to my self to take him into my parlor and teach him both to read and write.” (source)

[In reading about her I came upon That Mom’s Karen Campbell’s fabulous Abigail Adams podcasts and she gave me permission to share them (and her 10 points below).]

The Abigail Adams podcasts were such an deep encouragement to me that I felt it important to put them here on the blog.

I believe you will be incredibly inspired!

10 Lessons We Can Learn about Abigail Adams as a Homeschooling Mom and Apply in our Own Lives:

“Learning is not attained by chance, it must be sought for with ardor and attended to with diligence.” ~Abigail Adams

“If we mean to have heroes, statesmen and philosophers, we should have learned women.” ~Abigail Adams

Tired of following a homeschool formula or prescription? Karen Campbell‘s book, The Joy of Relationship Homeschooling tosses them all out the window! You can find Karen here on FB and check out her rich and deep website, ThatMom! 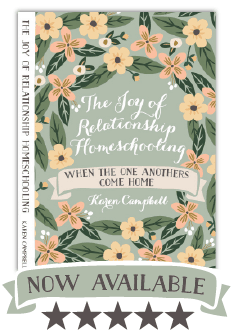 “In today’s homeschooling world, you can find all sorts of formulas and prescriptions. If you just follow the correct method, your children will grow up to live godly lives, and they will always make family (including you) their priority. In this book, Karen Campbell gives you the real story. Homeschooling and parenting are not about formulas and prescriptions. They are about relationships. Weaving together Scripture, her own successes and failures, and her observations of the homeschooling world, Karen provides a wealth of wisdom for the homeschooling parent. If you want a formula, this book is not for you. If you want honest wisdom that will aid you in your homeschooling journey, this book is exactly what you are looking for!” – Dr. Jay Wile, PhD, speaker and author of the popular “Exploring Creation with” series of textbooks. 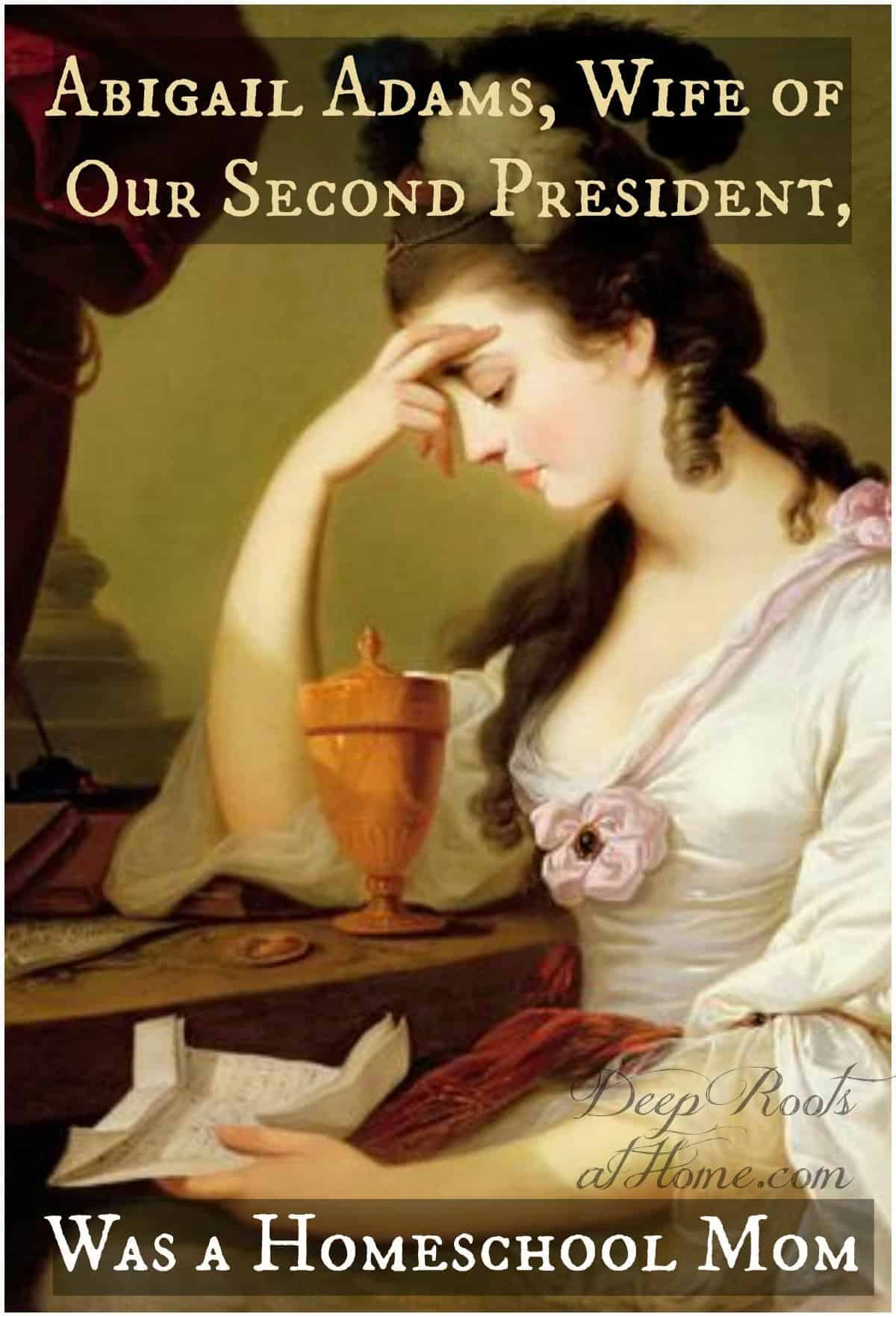