Every once in awhile, a film comes along that you can’t stop thinking about long after the credits roll. Miss Virginia is such a movie.

With superb acting and heart-wrenching emotion, it features the true story of Virginia Walden Ford, a Washington, DC, mom who simply wanted better education options for her child and who would not tolerate mediocrity and the status quo.

Any parent can relate to Walden Ford’s story, so get ready to feel her anger and sorrow followed by joy and triumph.

It is a powerful film that everyone should watch.

Walden Ford was instrumental in helping to launch the Washington, DC, voucher program, giving low-income children access to funding to exit unsafe and low-quality public schools in favor of private options. The film is rooted in her experience of craving choice and encountering bureaucratic obstacles.

When Virginia removes her teenage son from a failing public school and enrolls him in a nearby private school, Walden Ford feels hope and optimism despite needing to clean toilets and scrub floors to try to pay the tuition. Her hard work isn’t enough to pay the bill, though, and she is forced to leave the private school and re-enroll her son in the district school, where his potential is squandered.

When Virginia learns that the DC schools spend twice the amount of money per pupil than the cost of her son’s private school, she refuses to believe the prevailing rhetoric that public schools are chronically underfunded, and she seeks to establish a local school voucher program that gives disadvantaged families the opportunity to opt-out of mandatory school assignments in favor of private options.

Indeed, these are the options that more well-off families, including the legislator who opposes Walden Ford’s initiative, exercise all the time. Education choice programs extend these options to all families regardless of zip code and socioeconomic status.

The DC voucher program came under attack in recent years as previous assessments showed that achievement scores for voucher students were lower on average than district school students. But the most recent evaluation of the program, released last spring, showed no difference in achievement scores between voucher and public school students in DC while costing taxpayers about one-third the money.

Moreover, Corey DeAngelis, Director of School Choice at the Reason Foundation, has discovered that participants in the DC voucher program reported much safer learning environments. He writes:

Students in the DC voucher program also had higher overall satisfaction levels with their schools and significantly lower absenteeism.

Choosing safe and satisfying schools for their children is a key priority for many parents. Affluent families exercise this choice all the time, selecting private schools that focus on their children’s well-being or moving to communities with safer, better schools. Lower-income parents, like Walden Ford, want the same opportunity to choose safer, better schools. The DC voucher program and others like it across the country offer more parents greater choice and peace of mind.

Miss Virginia is a must-watch film.

Click here for more information and viewing options. Be forewarned that I needed some tissues while watching, but it was well worth a few tears, and a few dollars, to learn more about this incredible woman, her remarkable story, and the promise of education choice for all families.

“Walk with the wise and become wise,
for a companion of fools suffers harm.” ~Proverbs 13:20

This post was originally published on FEE.org by Kerry McDonald. With permission.

Kerry McDonald is a Senior Contributor for Intellectual Takeout. She has a B.A. in economics from Bowdoin College and a Master’s degree in education policy from Harvard University. She lives in Cambridge, Massachusetts and writes about education choice, parental empowerment, homeschooling, and self-directed learning. Follow her on Facebook, Twitter, and at her blog, Whole Family Learning. 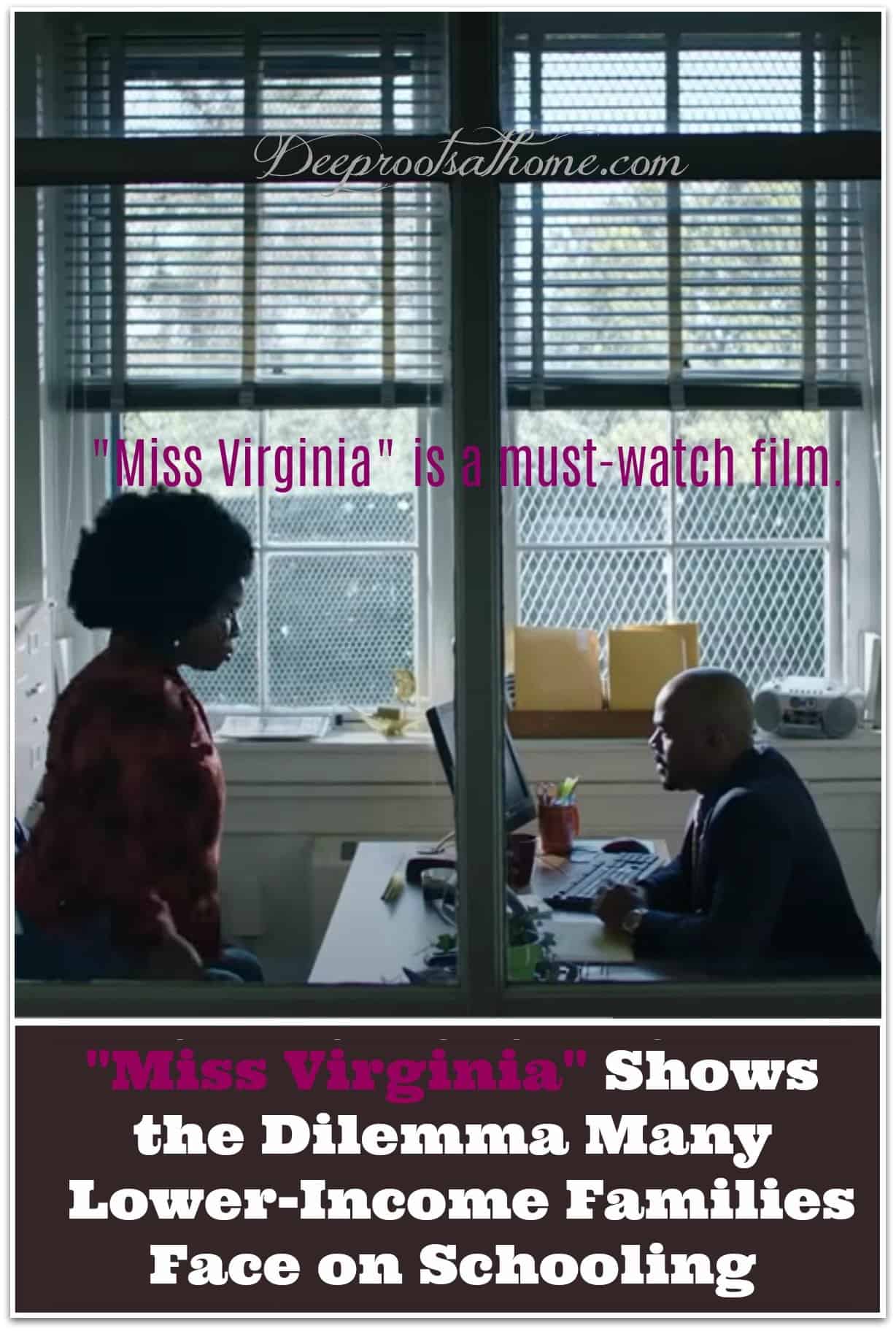