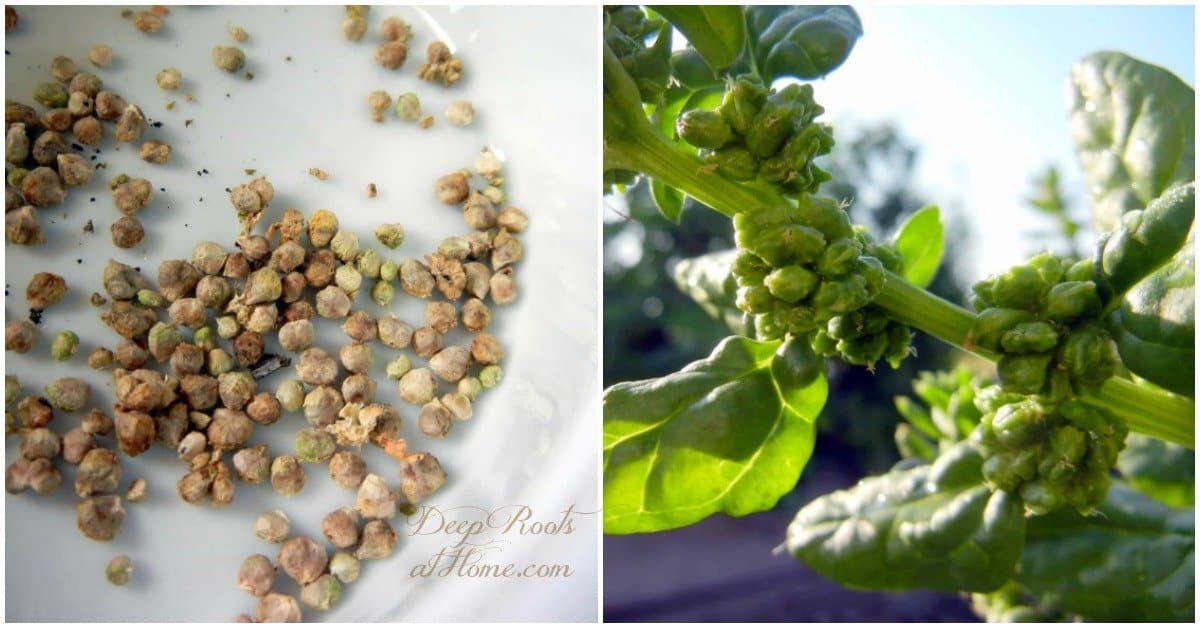 According to Seed Savers Exchange, “Spinach is a nutrient-rich green that is easy to grow in the garden. Spinach requires long days in conjunction with cooler temperatures, so it’s more feasible for growers in the north to save seeds from spinach.” We are in the Midwest, so it has the right conditions here.

It’s been just wonderful to have lots of fresh, beautiful organic spinach right out the door this spring and early summer for smoothie-making! Having my potager right outside my kitchen door, gives me creative freedom, utility, and beauty.

Once the fresh spinach in the garden had run its course, I decided to collect my own seed.

I will show you how!

I’m spoiled now and prefer not to go back to store-bought spinach because it’s not often as pretty and fresh as I would like. I like the independence, the exercise, and I also think of the money we’ve saved by growing some of our own produce!

Plus, it is as easy as anything.

Sex and the Spinach Seed

When I looked for information on saving the seed of my spinach plants, I had trouble finding much online. It was time to do some detective work in my garden. So I watched my spent plants and waited.

I observed 2 very different (and confusing) kinds of stalks intermingled in the spinach patch:

The first spinach stalks to “go to seed” were male and contained the pollen (below, r.); I noticed lots of yellow dust when it was bumped.  The male seed was doing its job of spreading the pollen to the female stalk.

Other stalks had what appeared to be a cluster of seed that the pollen came into contact with. These would develop into the spinach seed for planting in the future (below, l.). (It’s the botanical analogy to human sperm and eggs). Spinach seed sperm (the pollen) (below, right) are mobile and small. Spinach eggs are large and round, and don’t develop until fertilized. 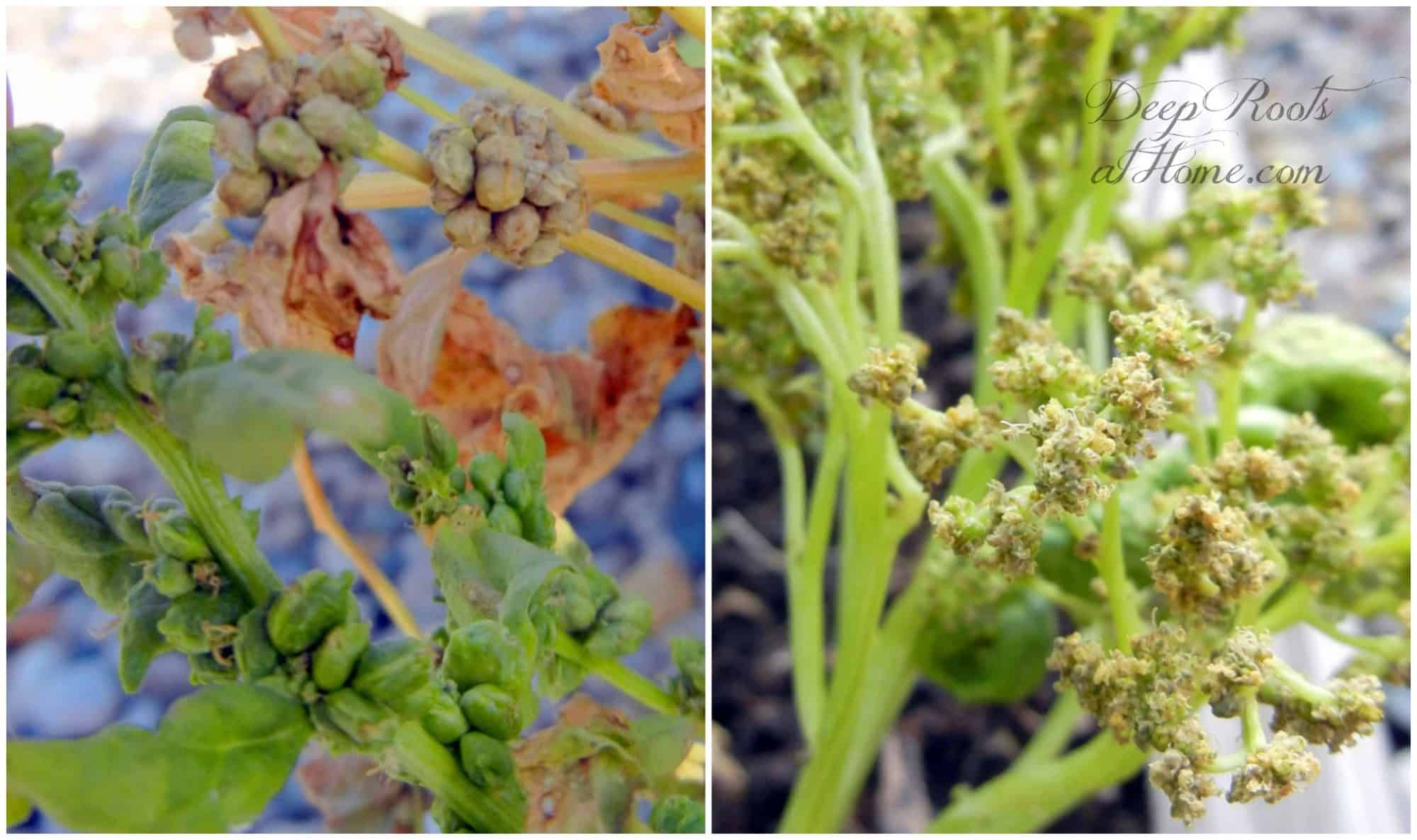 The female plant ‘going to seed’ (l.) and the spinach seed sperm (the pollen) (r.)

How To Collect Seeds

As you clean out for winter, don’t pull out all of those spent spinach plants just yet!

1. Keep one or two of the female plants, and let them dry out completely. Seed Savers Exchange says, “Once spinach seeds begin to ripen on a plant, a combination of mature and immature seeds will almost always be present. Plants should be harvested when at least two-thirds of the seeds are mature.

2. Gently pull the dried stalks (so you don’t dislodge the seed) and continue drying for 10 days in an open cardboard box.

3. Remove the seeds by running a gloved hand along the length of the stalk with a container placed underneath to catch dislodged seeds.

4. Roll the seed clusters between your fingers. The seeds will separate.

5. When stored under cool, dry conditions, spinach seeds can be expected to remain viable for six years. (source) 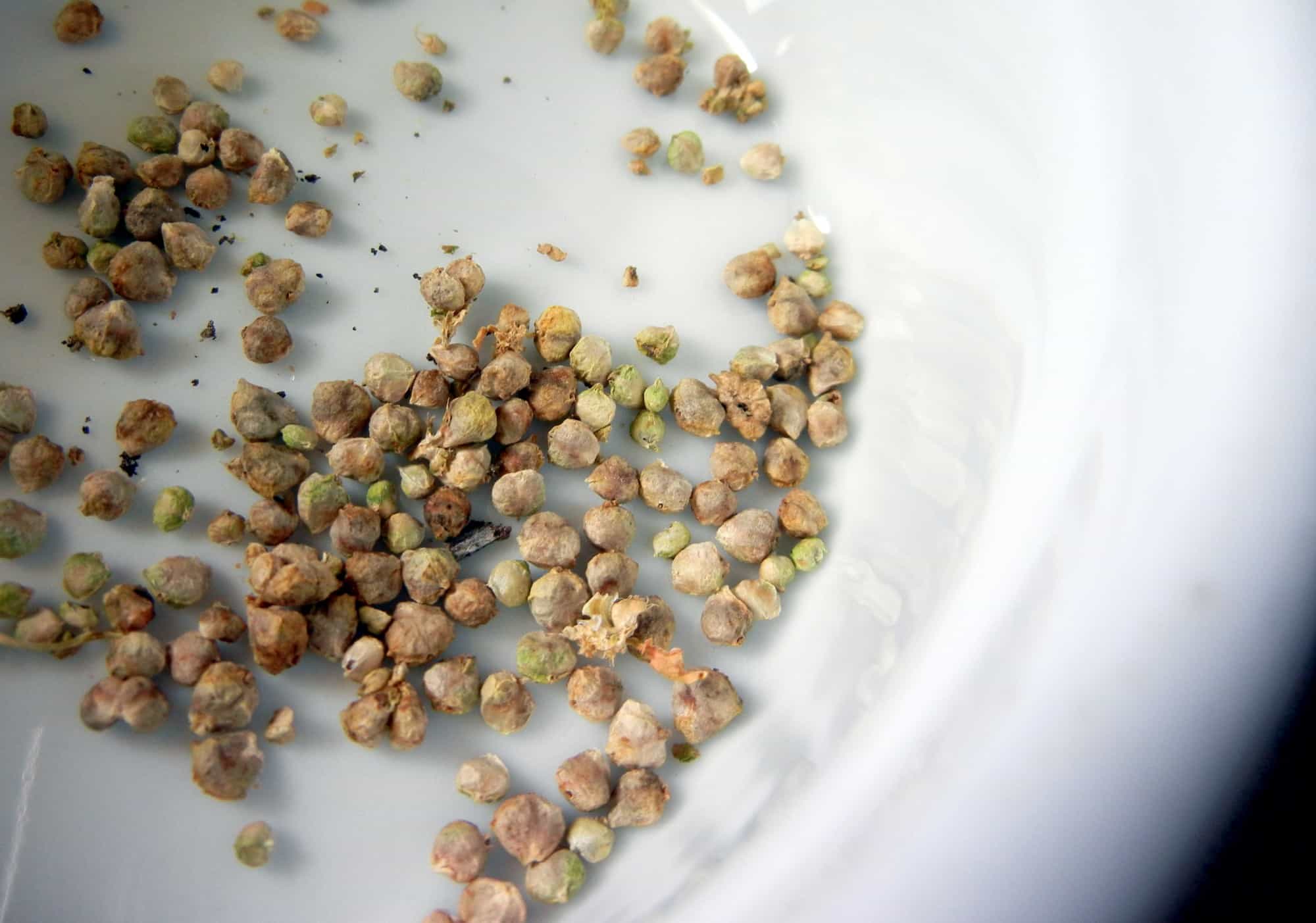 Make sure the seed are completely dry before placing them in a dated, labeled envelope.

Now we have a ready supply of spinach seed to plant for future crops of greens, and more healthy smoothies in our future.

“Then God said, “Let the land produce vegetation: seed-bearing plants and trees on the land that bear fruit with seed in it, according to their various kinds.” And it was so… And God saw that it was good.” ~Genesis 1: 11-12 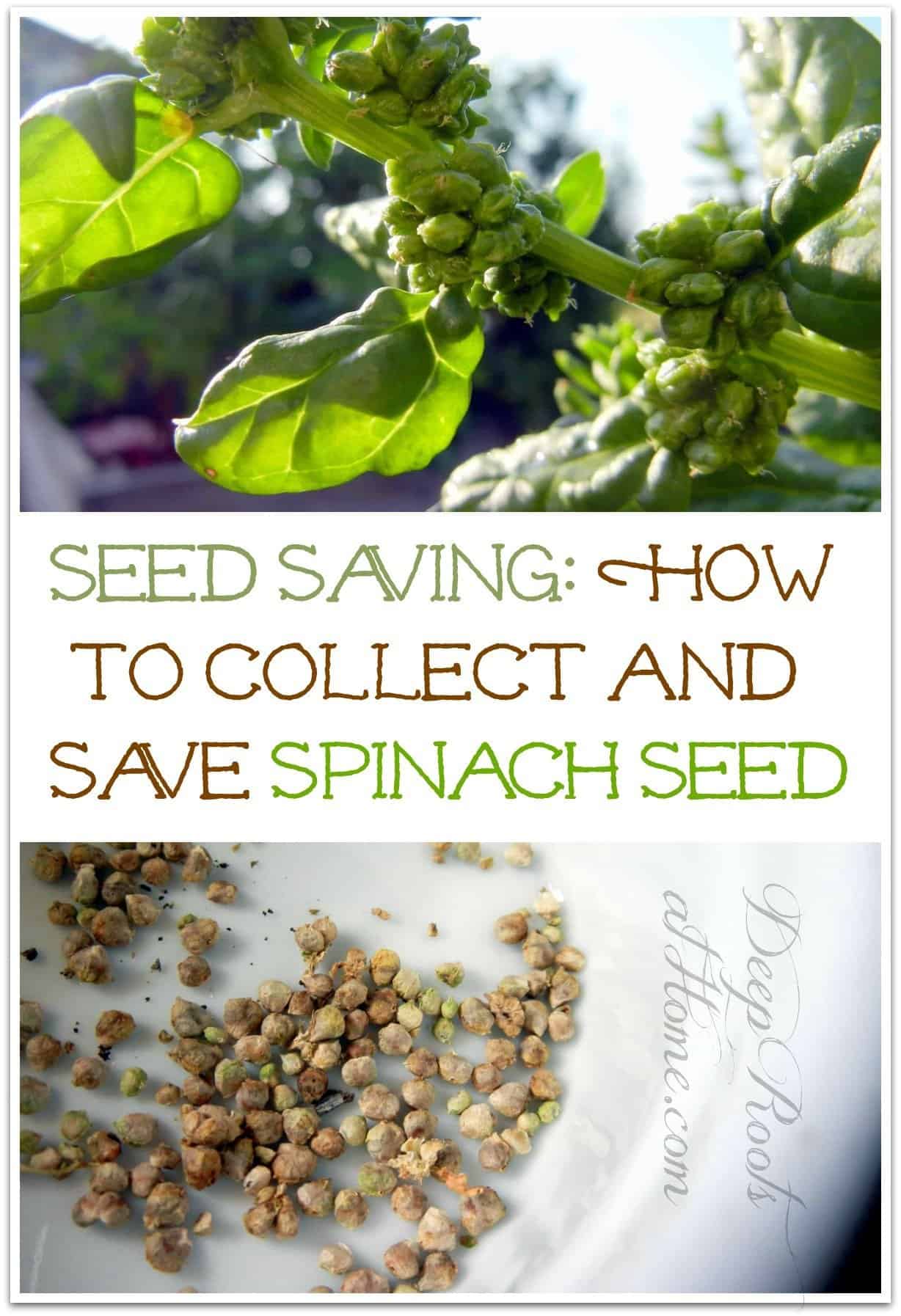