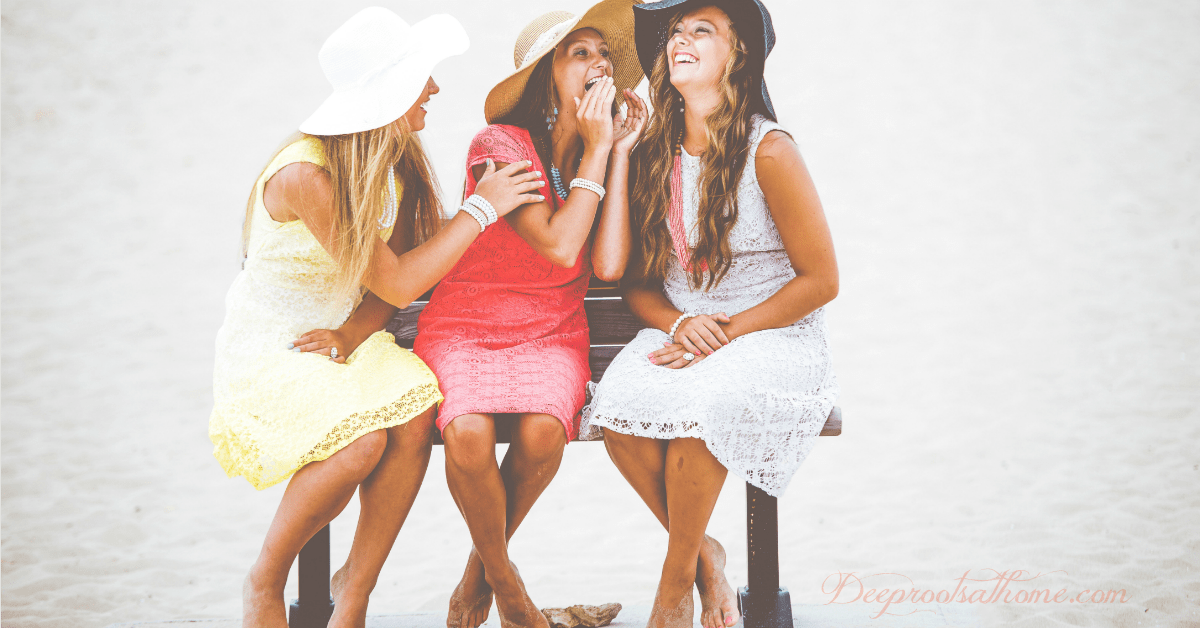 Photo by Ben White on Unsplash

While summer is an appreciated and welcomed relief from the blustery cold of winter, it does bring a different kind of difficulty. The summer months draw attention to our universal struggle with biblical sexuality, and the modesty debates take a prominent role in our conversations.

We live in a highly sexualized culture that acts as though it cannot get enough of the provocative. Pornography is without question the sexual leader when it comes to capturing the hearts and minds of our global culture.

Sex has gripped the hearts of our teenagers and has infected the minds of many parents. Rarely is there a week that goes by where I’m not dealing with a person, couple, or family that has been ripped apart by sexually related problems.

No one is free from its temptations or its effects, which is why I hope as you read, you do not fall into the trap of finger-pointing–especially toward the other gender. We are collective failures regarding sex and sexuality.

Your humility will affect how you process and proceed through this chapter. Maybe the words of Jesus will be helpful as you think about this emotional and sometimes touchy subject on modesty.

It is true that some men will lust at any female, at any time, without any reason, just because she is breathing and walking upright. As some women have correctly said,

I could put a burlap sack over my body, and a man would still lust after me.

I do not disagree with that statement–at least for how it applies to some men, but it would be myopic to think that what you wear does not matter. The problem with sexual temptation is far more complicated than male gender issues.

If a man chooses to lust after a woman, it is primarily his fault, not hers. It is his choice, and Jesus had strong language for such a person: he should pluck out his eyes (Matthew 5:28-29).

We know Jesus was using hyperbolic language, but that does not remove the seriousness of the problem. Ever since the fall of Adam, there are two working realities in our lives:

Women have their problems too. When Satan slithered into the Garden of Eden, he did not leave the woman unscathed. Like Adam, she took the Lord’s kind gifts and turned them into her version of perversion.

The inherent Adamic weaknesses in men and women tempt everyone to take God’s good gifts of beauty and sexual attraction and twist them into self-serving agendas. This universal temptation means modesty matters. How you present the beauty of Christ externally to others is just as important as how you carry the beauty of Christ in your heart.

There is no discontinuity or disconnectedness between what you wear and what is going on in your heart. The infographic illustrates how the fruit in your life reveals your thoughts, motives, and ultimately, how you think about God.

A few years ago, Lucia and I were in a context where a woman, who was a wife and mother, was wearing mini-shorts with the all caps word PINK written across her bottom. Besides her shorts being provocatively short, she essentially had a sign on her bottom that said, “Please look at my rear end.” (BTW, guys with super-large belt buckles are doing a similar thing by drawing attention to their groin area.)

Unfortunately, no one in that context had a relationship with her, which made it inappropriate to say anything to her. It was an awkward moment for all of us.

She is one of a zillion examples of women who dress in such a way to not only devalue themselves but take away from the imperishable beauty that the apostle Peter extolled.

John considered himself to be a signpost in the wilderness, who had one mission in life: to point others to Christ. He was like a sign standing on the side of the road pointing toward Jesus.

When you see a sign, you read it, process it, do what it is telling you to do, and move on to the goal. You do not give the sign a second thought; it has served its purpose. The sign is not the thing, but an instrument that points to the thing.

The signpost knows its job. Unfortunately, this lady was a self-focused sign, whose primary interest was to redirect the minds of the men in the room from the Christ she professed to her bottom.

If a woman dresses or shows skin in such a way to draw attention to herself, she is tempting those around her to sin. If the man does sin, it is his fault, but the woman bears culpability. She needs to know how she is a temptress–assuming she does not already know.

You must not say this is just one gender’s problem. You must be talking about this issue while humbly dialoguing about God-centered solutions.

The Objectification of Women

A woman’s culpability is one of the things that is so mystifying about Danica Patrick, the female NASCAR driver. She desires to be treated with respect in a man’s sport while provocatively devaluing herself by performing striptease GoDaddy commercials.

Ripping off part of her clothing makes no sense. Of all the people in the world who could do a GoDaddy ad, it had to be a woman who takes her clothes off while screaming at us not to objectify her. It’s a contradiction of purpose.

Women rightfully bemoan how they do not want men objectifying them while insisting that we respect them for what they can do. I completely agree on both points, but Danica presents the perfect you can’t have it both ways dilemmas.

I don’t want to objectify any woman, but it would be helpful if some of these women would cooperate in accomplishing this good aim. What Danica is doing is the equivalent of teaching a weight loss class at McDonald’s.

Danica is a popular example of what many of the women in our church gatherings do each Sunday. It is wrongheaded to decry a man’s sexual perversions when you’re guilty of trying to be sexually appealing.

Wife, if your husband indeed has nothing to hide, there is no reason for you not to have complete access to all of his devices.

You do not have to be addicted to pornography to be affected by sexual sin. The wise and humble couple will seek to have an open dialogue about their temptations. The following two things should not be a news flash for any adult:

A mature husband will want to talk to his wife about his temptations. A mature woman will want to be part of her husband’s sanctification–especially in the area of the most intimate part of their lives.

I Am My Brother’s Keeper

Discretion will watch over you, understanding will guard you. – Proverbs 2:11

Dear Christians, I urge you to give biblical reflection on how you dress. Whether male or female, it is our Christian duty to point others to Christ, not to ourselves.

The desire of our hearts should be to give people something to think about rather than how we look or what we wear. Sometimes it is better to exercise self-control, by setting aside our personal preferences for the glory of God. Discretion is a godly trait that will watch over us while protecting us from evil.

Husbands and wives should pursue honesty and transparency within their marriages. Perhaps your marriage is not in the place where it can handle these kinds of truths. Possibly due to the shaping influences of your past, you’re not in a place to talk at this level.

If that is true for you, find your starting point, wherever it may be, and start talking to each other. Your wife deserves to know all of you, and she should have the opportunity to care for your soul, just as you should be willing to care for her soul.

In 1990 he earned a BA in Theology, and 1991 he received a BS in Education. In 1993 he was ordained into Christian ministry, and in 2000 he graduated with an MA in Counseling from The Master’s College in Santa Clarita, CA. 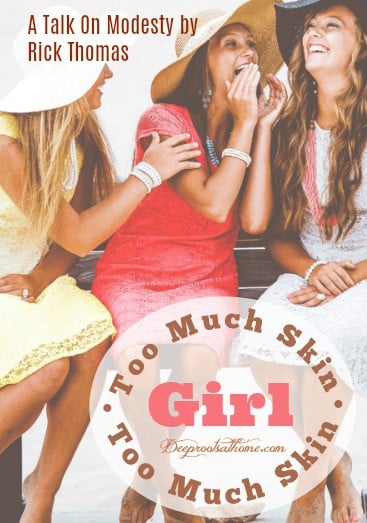