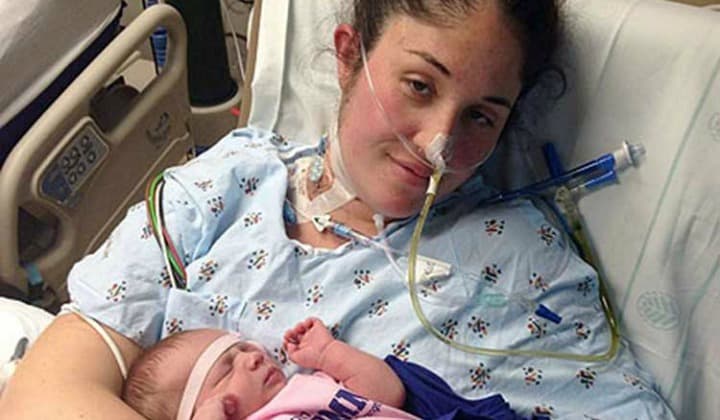 File something called ‘skin-on-skin’ away in the back of your mind, will you? One day, you may be glad you did.

Not Just For Babies

Do you remember the story of Kate and David Ogg’s 27-week premature baby coming back to life after two hours of being lovingly cuddled skin-on-skin?

Well, what if skin-on-skin (kangaroo care) could also work in the reverse? It did for a 23-year-old mother who was thought already dead – but then they laid the naked baby on her breast.

What happened next is pretty exciting. It is also a tiny glimpse into God’s specific physiological design between mother and child.

According to Charlotte, NC, radio station WCNC, Shelly Cawley wasn’t waking up. The doctors had to put Shelly under for an emergency C-section and after several hours they were getting worried.

During the surgery a blood clot broke loose sending Shelly into a coma.

Her husband, Jeremy remembers feeling helpless standing at his heavily-wired wife’s bedside in the ICU. He remembers, “The doctors had done all they could and it was clear, they absolutely thought they were losing her at this point”.

Baby Rylan was doing fine, resting comfortably a few floors away in the same hospital. Until quick-thinking nurse Ashley Manus had an idea. “We’re a big proponent of skin-on-skin [contact]. We believe it has great benefits for both the mom and baby. We just thought it couldn’t hurt and decided to give it a try,” she says.

So ICU nurses called for baby Rylan and placed her naked on her comatose mother’s chest. “I was hoping somewhere deep down, Shelly was still there and could feel her baby, hear her baby, and her mother’s instincts would come out and she would realize, ‘This is where I need to be.'” Manus says.

Doctors told Jeremy it was now up to his wife to fight, and the nurses were convinced if Shelly heard Rylan cry, she would.

But the baby was so at peace on her mom’s chest she didn’t let out a peep. Instead, she fell asleep. “We tickled her, we even pinched her. It took 10 minutes and then she let out a wail,” retold Jeremy.

“Then something fantastic gripped every heart in the room…

“We saw the heart monitor flash to life. The screaming had brought Shelly back into the fight. I had my wife back!” Jeremy recalls with tears.

A week later the 23-year-old mom indeed woke up, completely out of the coma, and could hold her baby in her arms for the first time.

Oxytocin: A Bonding Hormone & Why It Works

Oxytocin is a chemical messenger released in the brain chiefly in response to social interaction, but its release is especially pronounced with skin-to-skin contact. This hormone promotes bonding and creates desire for further contact with the person causing its release. Theoretically, skin-on-skin time should cause a mother to ‘awaken’ to her baby under dire conditions such as Shelly Cawley’s.

Oxytocin is one of God’s chief tools for creating the heart of a nurturing mother. The number of oxytocin receptors in the expecting mother’s brain multiplies dramatically near the end of her pregnancy. This makes the new mother highly responsive to the presence of oxytocin released while holding or caring for her baby. These receptors increase in the part of her brain that promotes maternal behaviors. That Shelly’s body was roused to fight by hearing her baby cry is not surprising! (source) 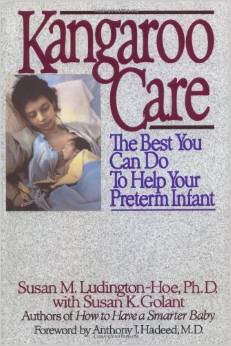 Skin-on-Skin: The benefits to the baby:

Skin-on-Skin: Benefits to the parents:

Research suggests that the age-old maternal environment is the primary requirement for regulation of all physiological needs (homeostasis), while absence of mother leads to dysregulation.

Like the capable nurse in this story, you never know when this knowledge may save a life.

See how skin-on-skin (Kangaroo Care) can mean the difference between life and death for a baby.

“The Spirit of God has made me, and the breath of the Almighty gives me life.” ~Job 33:4 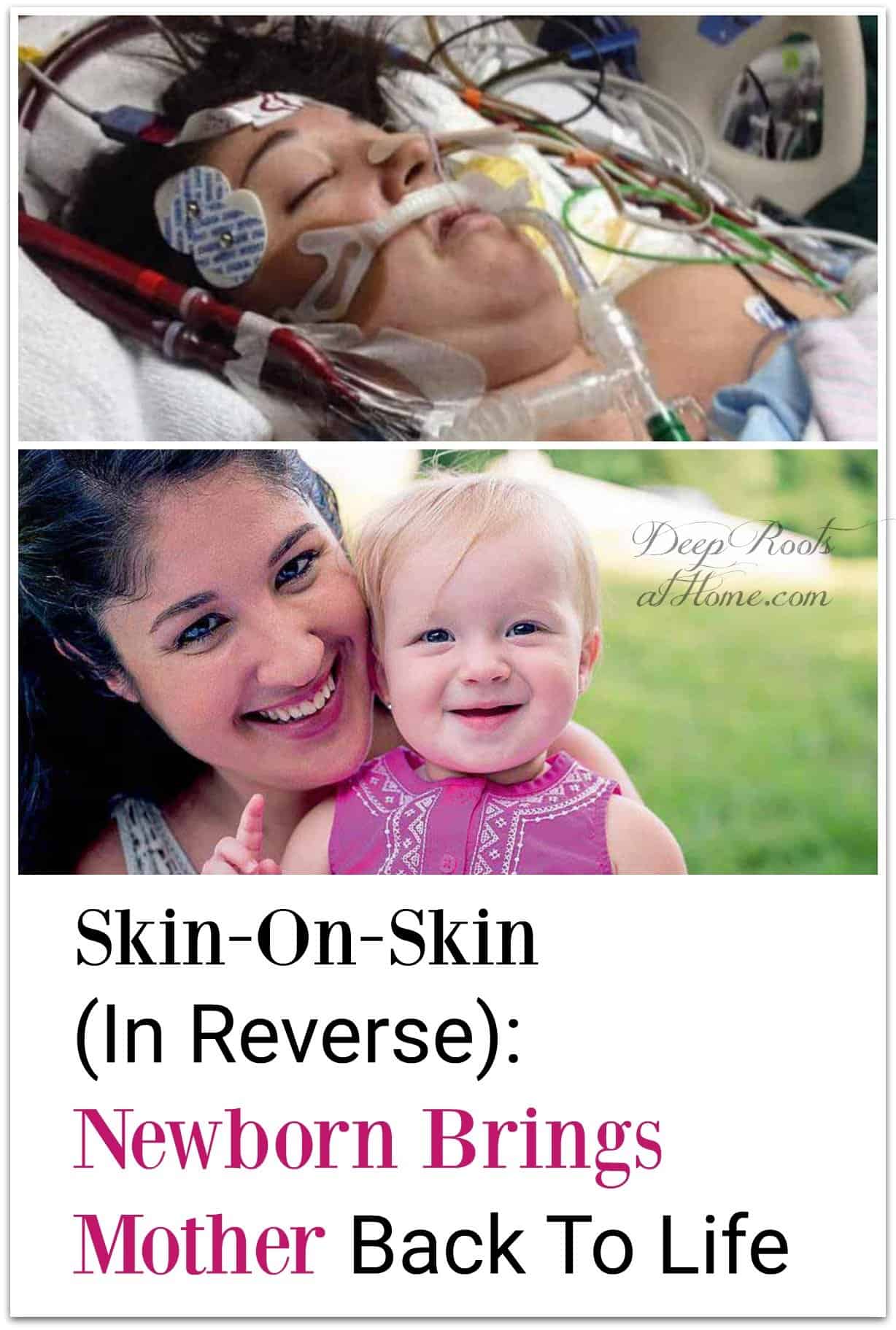 Share44.6K
Telegram
Pin118
44.7K Shares
« Steps To Achieving High Quality Sauerkraut Fermentation
Who is My Neighbor & Who Should I Be Serving at This Stage of My Life? »