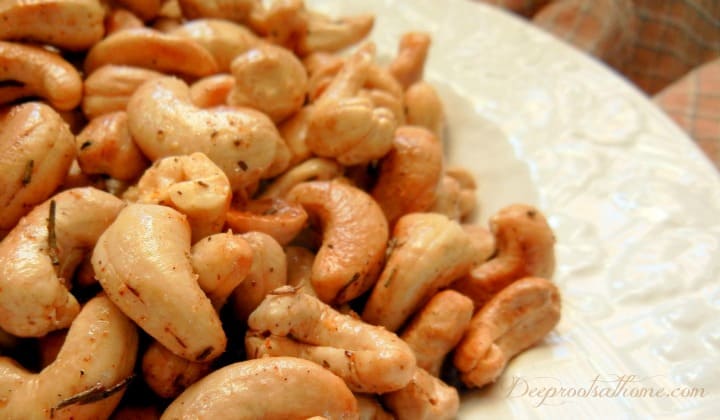 When I was a girl, nuts were almost always served at parties. Overflowing little dishes just awaiting someone to nab a handful. Sometimes, they were the mixed variety you got in tin cans, but usually my mom would enjoy making her own roasted cashews and finish them in a cast iron skillet.

I remember eating roasted nuts when Dad and Mom had friends over to play cards or our family would sit around the fireplace. A television in every home was relatively new and not the norm in the early 50s. Sunday evenings was the only time we would watch. Well… maybe Lawrence Welk on a Saturday night. Our family’s choices were Candid Camera, Lassie, the Wonderful World of Disney, and as we got older, Bonanza, until bedtime.

This recipe takes me back to those days and the homey smell of nuts roasting and logs on the grate. When you first bite into a rosemary roasted cashew, you immediately taste the salty, savory rosemary. After just a second you get the mildly spicy kick from the cayenne pepper. Very satisfying with a soft, lingering warmth on the tongue.

So easy to make, I think you will like them very much. Perfect as a little gift, to put out at a party, or during a game.

Cook’s Note: You can also do as my mom did and roast them in a cast iron skillet until they brown evenly. You will need to stir them every few minutes so they don’t burn and inhale their delectable aroma!

Can We Freeze Roasted Cashews and other Nuts?

It’s very satisfying to make a jumbo batch or two of roasted cashews and bag them up to freeze for the future. The house smells cozy and indescribably amazing. It’s as easy as anything.

I found this very thorough site on Freezing Nuts and Seeds that says cashews (and all nuts for that matter) freeze well before or after roasting!

May be kept frozen for up to 1 year.

Where Do Cashews Come From?

The Cashew nut is the seed of a tropical evergreen shrub related to pistachio, mango, and poison ivy, of all things! Originally grown only in Brazil, the cashew plant made its way to India and East Africa in the 16th century on the ships of Portuguese sailors. 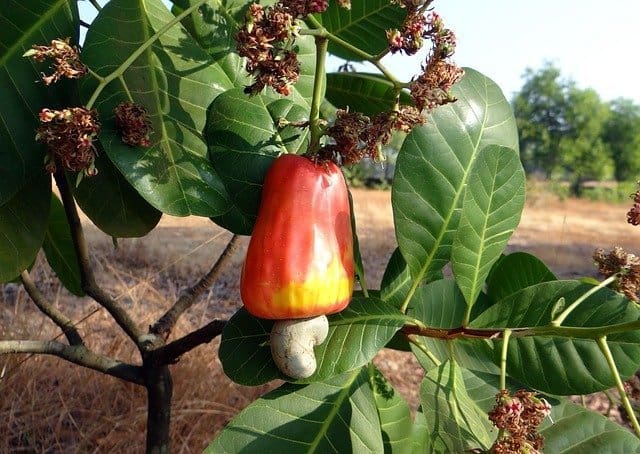 Image by Bishnu Sarangi from Pixabay

The seeds of most fruits grow inside the flesh, but the cashew seed hangs from the bottom of a cashew apple. A rigid shell with two layers holds the kidney-shaped cashew seed. Between these two layers is a potent oily substance called anacardic acid (similar to urushiol, the same oil that causes the itchy rash of poison ivy and poison oak). This oil is extracted during shelling and ends up being used in the production of varnish, insecticide, paint, and even rocket lubricant. Because of this, cashews are never sold in the shell. (source) 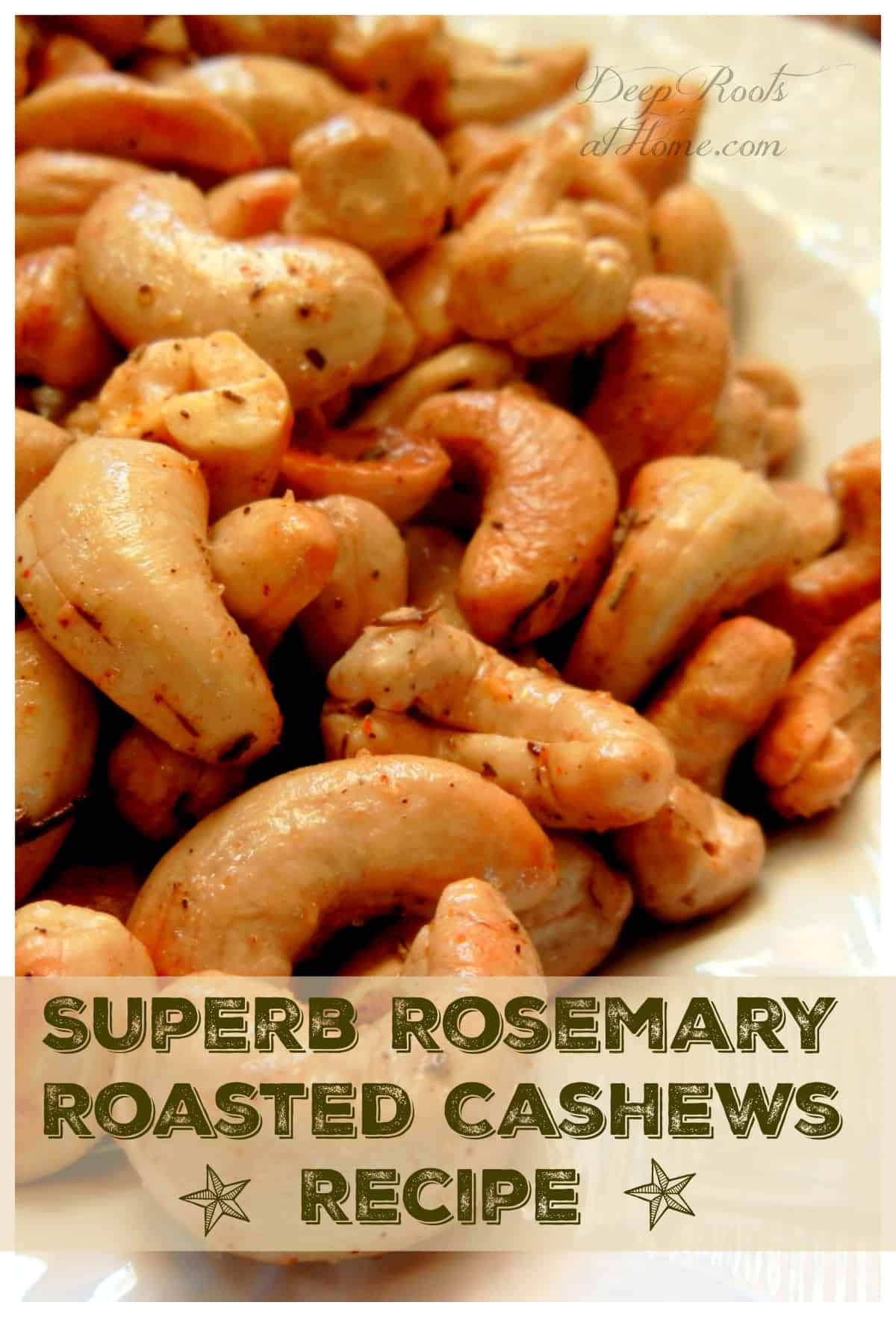