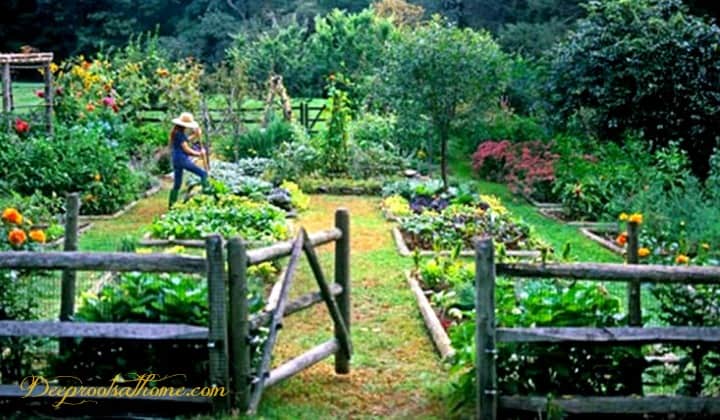 Have you unknowingly invited Monsanto to your garden party?

In 2005, Monsanto grabbed 40% of the U.S. seed market and 20% of the global seed market when it bought out Seminis, making them the largest seed company in the world. They supply the genetics for 55% of the lettuce on U.S. supermarket shelves, 75% of the tomatoes, and 85% of the peppers, with strong holdings in beans, cucumbers, squash, melons, broccoli, cabbage, spinach and peas! (source)

And Monsanto has been buying up every seed company they can ever since. By going to the Seminis site, you can see their history of acquisitions. You can see Syngenta and Dow are doing the same.

Apparently, Monsanto is now legally registered or established to hold the trademark for a plethora of the named heirloom seed varieties. (See a list of names below.) This company has strategically positioned itself to profit from the growing heirloom or open-pollinated home-gardening market.

Boy, it makes me sick to send profits their way! 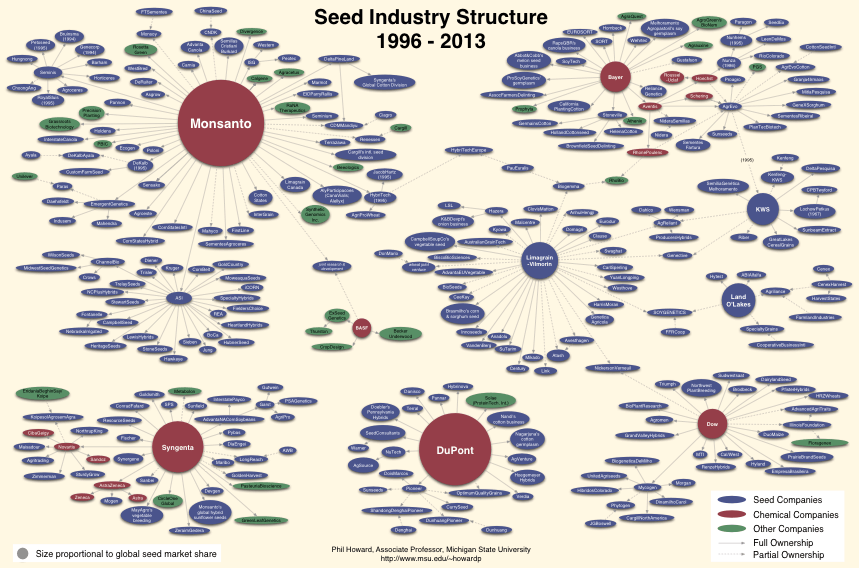 (source) Click here for zoom.it (scroll in and out version)

First, as of 2015, the Bayer takeover of Monsanto merges a chemical giant with a seed giant and leaves the control of the world’s food supply in too few hands. The merger also links two key parts of agricultural production, reducing competition in the food chain. In 2020, Bayer is expected to control well over the 2017 estimate of 29 per cent of the global seed market and 24 per cent of the global pesticide market. But they now have a competitor!

“Second, there are serious concerns about increased farmer dependency on a smaller number of suppliers, and higher prices due to weak competition.

“Third, the deal increases the power of an even smaller group of companies over the intellectual property, and patents that already lock up much of the world’s commercially produced food supply. The patents weaken farmers’ ability to use and reuse their own seeds.”

“Finally, there are ongoing food health and safety concerns related to the seeds and chemicals produced by these companies. Increasing their market share increases their power over the market and over the producers and consumers that use their products. In 2015, the World Health Organisation declared glyphosate, the active ingredient in Monsanto’s herbicide, Roundup, as “probably carcinogenic in humans,”(source)

We home gardeners need to do our homework to make sure we purchase seeds from companies that aren’t in partnership with Bayer-Monsanto-Seminis. The Healthy Home Economist gives us 4 ways to forget Monsanto.

4 Ways To Keep Monsanto out of Your Garden:

So, it’s pretty important to make sure that none of the seeds you buy this year support Monsanto or one of the companies owned by them.

Excellent seed companies that are NOT affiliated with Monsanto:

(note: companies named on this poster could change in time, so buyer beware, and do your due diligence first!) 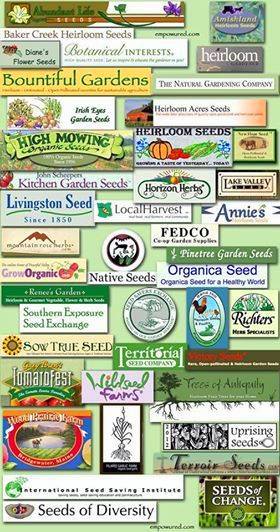 The legacy of Seed Savers Exchange is to tell you how to collect and store seeds. 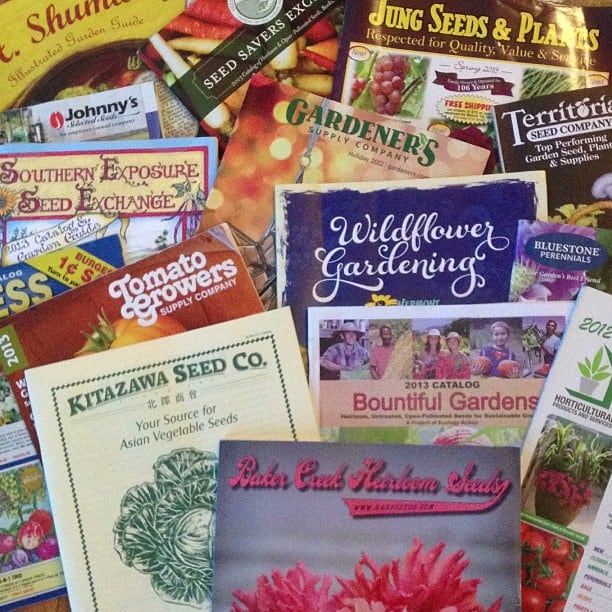 List of companies that specialize in heirlooms and that are NOT owned by Monsanto or Seminis:

Baker Creek is run by a REAL family as are many of the remaining smaller seed companies! They work extensively to supply free seeds to many of the world’s poorest countries, as well as here at home in school gardens and other educational projects. It is their goal to educate everyone about a better, safer food supply.

Don’t forget Seed-Savers! Here you can shop hundreds of heirloom, organic, non-GMO vegetable seeds and plants to grow in your garden.

Let’s boycott all gene-altering companies. Together, we can build a more sustainable world, one garden at a time!

If you know of other companies that are ‘clean’ seeds, please leave a link to them (or contact information) in the comments. We want to support those whose work is ethical and honest. Thank you! 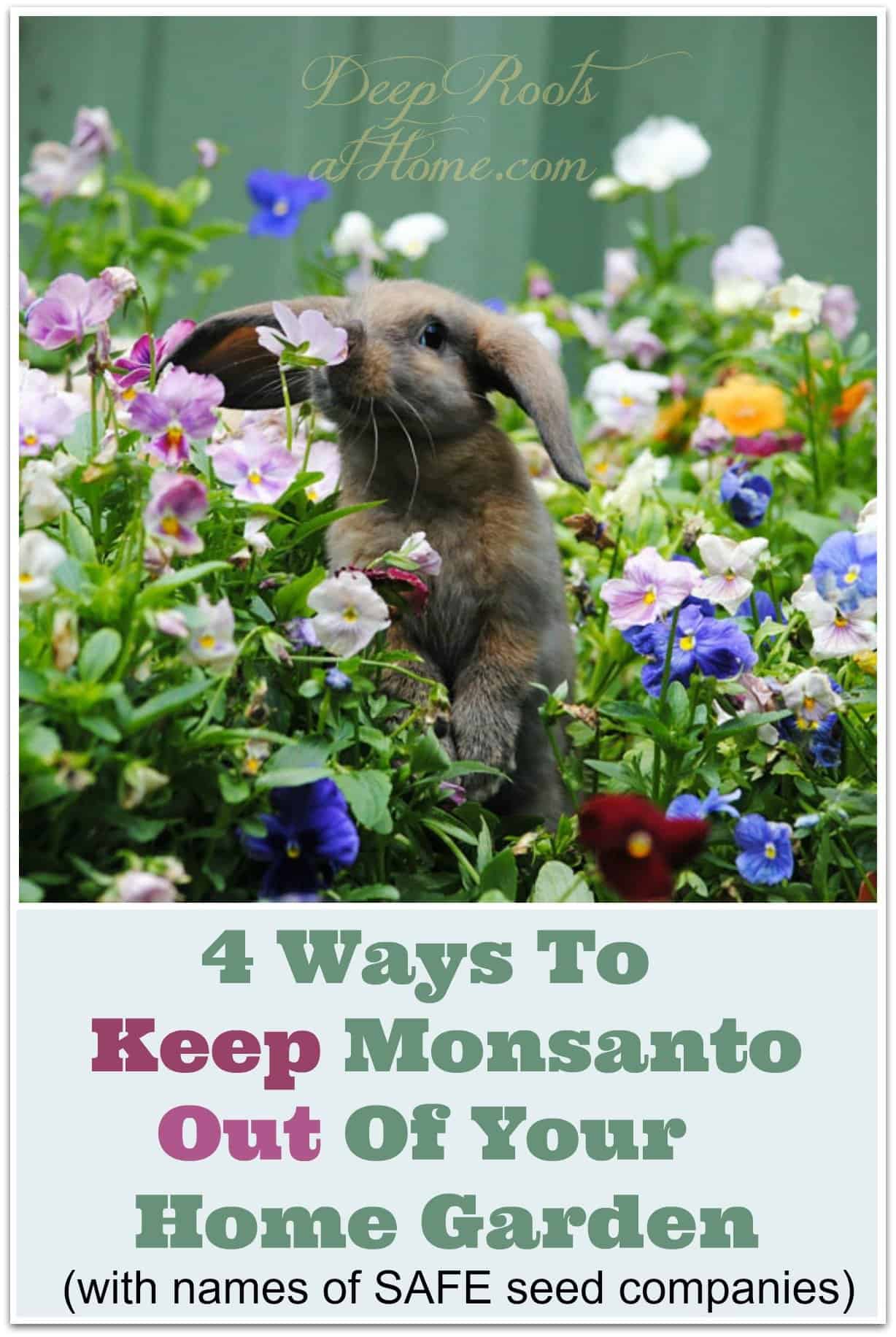