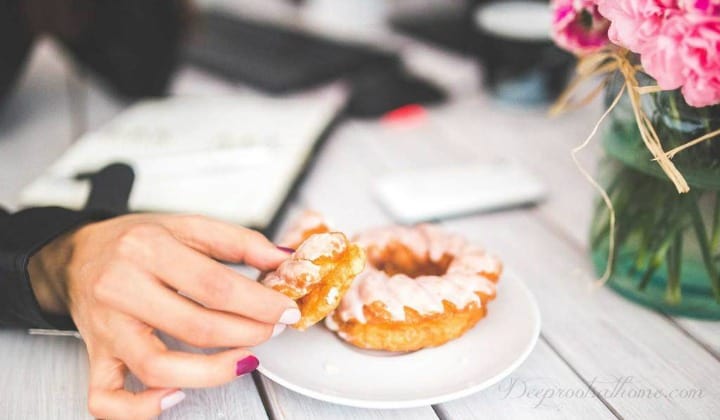 Sugar cravings – we all have them. Can homeopathy help with something like that?

In traditional circles, homeopathy is discounted as strange or worse. But in my experience using homeopathics personally for more advanced issues, I know they are gentle yet effective.

What if they could work equally well for sugar cravings which undermine vitality and health? I share this guest post from Weston A. Price’s Wise Traditions with permission from Joette Calabrese, HMC, CCH, RSHom(NA), homeopath and author – because she and I want you to thrive!

Liz had a shameful little secret. Well, maybe not so shameful to others, but to Liz it was embarrassing so she kept it hidden from her family and friends. Sometimes she even denied it to herself.

Liz was a gourmet chef, working in one of the finest destination spas east of the Mississippi. She took pride in her reputation for having a keen appreciation of gourmet sensibility and nutrition, yet she had a personal vice. A clandestine act. A shameful indulgence that, if discovered, could taint her professionally. . . well, she thought so anyway.

Liz was addicted to Twinkies.

Hers were no ordinary sugar cravings.

Liz bought Twinkies by the case. . . literally. She had them stashed above the Viking refrigerator in the spa’s expansive kitchen, in the glove compartment of her car for snacking during commutes, and at home she concealed them in the bedroom in her underwear drawer. She indulged in her secret sin in the mornings, when she felt overworked, and worst of all when she was exhausted, which was happening more frequently of late.

At first she saw the irony, and even humor in her choice of sugar cravings addiction, but her weight had been increasing steadily for the last few years and she was shaky when she tried to abstain. Recently her heart had been doing acrobatic flips in her now ample chest. It was no longer a laughing matter. Liz recognized she needed help but disdained drugs.

Instead, she turned to homeopathy, a medical method her physician grandfather had used when she was growing up in Germany. She learned of a homeopath of fine repute from one of the investors of the spa. He told her that this homeopath had helped him with his pre-diabetic condition. So she scheduled an appointment for herself.

“My intellect tells me no, but my stomach and salivary glands give me the OK,” Liz explained. She also described her sleep habits, the details of the indigestion she sometimes suffered and at one point revealed the nightmares she used to experience.

All of these features of her personality were of interest to the homeopath since homeopathic treatment is tailored to the unique aspects of the person as a whole, rather than to the disease.

The practitioner explained to Liz that the remedy chosen for her would be specific to her, represented by her characteristics and symptoms.

Homeopathy has a reputation for stimulating the body’s ability to bring itself to homeostasis. In this case, the pancreas works to balance, and the sugar cravings can diminish.

Your body was created and designed beautifully and will find its best way to respond.

Homeopathy works with us…not on us.

“What way could that be?” Liz wondered.

Liz went home uplifted with renewed hope. The following day after eating three packages of her secret snack and a cup of cappuccino she started taking the remedy, Argentum nitricum. Then, she permitted herself the usual ration after lunch and two more upon retiring that night.

The next day was a repeat of her routine, but by day three she found herself longing for a refreshing drink instead of the Twinkies. This was noteworthy since she rarely experienced thirst. At first she considered chocolate milk, but resisted and instead found a glass of kombucha to be quite satisfying. “Hmm,” she thought, “I wonder if it’s the remedy making my body respond in a new way as the homeopath described?”

That night she settled into bed, counting. She had grown accustomed to measuring her day by the number of Twinkies she’d consumed and she realized that she had eaten only one packet over the entire day. “I’ll just watch as this unfolds,” she reflected.

This routine repeated day after day until a week passed and she noticed she hadn’t eaten more than one package of the little morsels in all that time! She also couldn’t help noticing that her fatigue had faded and her thinking was more brisk, the way it had been in culinary school.

Two weeks after her first dose of Argentum nitricum, Liz discovered that her waistband was loose and her hands no longer ached when she worked the cool dough on the marble surface. But an unexpected dividend was that her heart had stopped fluttering. She had nearly become accustomed to this alarming sensation many afternoons while slicing vegetables.

It took a loss of ten pounds before she was thoroughly convinced of the reformation. The evidence was clear. . . . Liz appeared no longer craved Twinkies!

It was at this time that she made a prominent decision in her life. She threw out all the hidden little cakes. Every drawer and cabinet was emptied. No remorse, no sugar cravings, no Twinkies. Liz was satisfied . . . she was on the road to gaining the health and a slimmer figure.

Unlike other medical modalities, homeopathy is a method of treatment that is specific to the individual, rather than to a pathology. It is holistic as it incorporates the aspects of the entire person, including the way the sufferer thinks. There are no side effects, no drug interactions, and no contraindications.

Argentum nitricum 30 is a powerful yet gentle remedy with a reputation for aiding people who suffer an extreme addiction to sweets and who show a marked inability to resist impulses in general. And other factors must also be considered. Otherwise, the remedy choice will be incorrect and the desired results will fail to materialize.

Sulphur, for example, is useful for someone who also experiences sweet cravings, yet people who respond to Sulphur are those who suffer discomfort from heat accompanied by smelly perspiration. Had Liz been experiencing menopausal hot flashes attended by perspiration as well as her sugar addiction, the remedy choice might well have been Sulphur.

But here is an interesting twist to the story and remedy choice.

A person who is keenly aware of trying to avoid the ordeal of sugar cravings is one who ought be considered for the choice of Argentum nitricum 30.

Other sugar addicts might not have considered this an issue, yet Liz found her addiction to be embarrassing and even shameful. One who might require Sulphur wouldn’t have this concern. Hence, only Argentum nitricum 30 would do for Liz.

These considerations underscore just how person-specific the remedies tend to be.

To take a dose, simply tip 3 pellets into the cap or spoon (without touching them) into your mouth under the tongue and allow to melt. Avoid brushing your teeth, eating or drinking anything 30 minutes either side of taking the remedy. This would neutralize the remedy. That includes coffee, mints, or essential oils around the time of the treatment.

*Once relief (in this case VICTORY) from the symptoms is felt, STOP taking the homeopathic medicine. Only take it again if exactly the same symptoms come back.

Homeopathy lends itself to self-prescribing in situations such as colds, indigestion and other self-limiting maladies.

For this reason, the study of homeopathy is a perfect match for those who enjoy medical freedom through personal responsibility.

Joette Calabrese, HMC, CCH, RSHom (NA) is a homeopathic consultant and educator. She is on staff at the British Institute of Homeopathy, Chautauqua Institute, Chautauqua, NY and Daemen College, Amherst, NY. Joette offers guided study courses and many other resources which are available on her website.

I’ve learned to trust homeopathics. Here are some of the reliable homeopathic remedies I’ve used with my family: 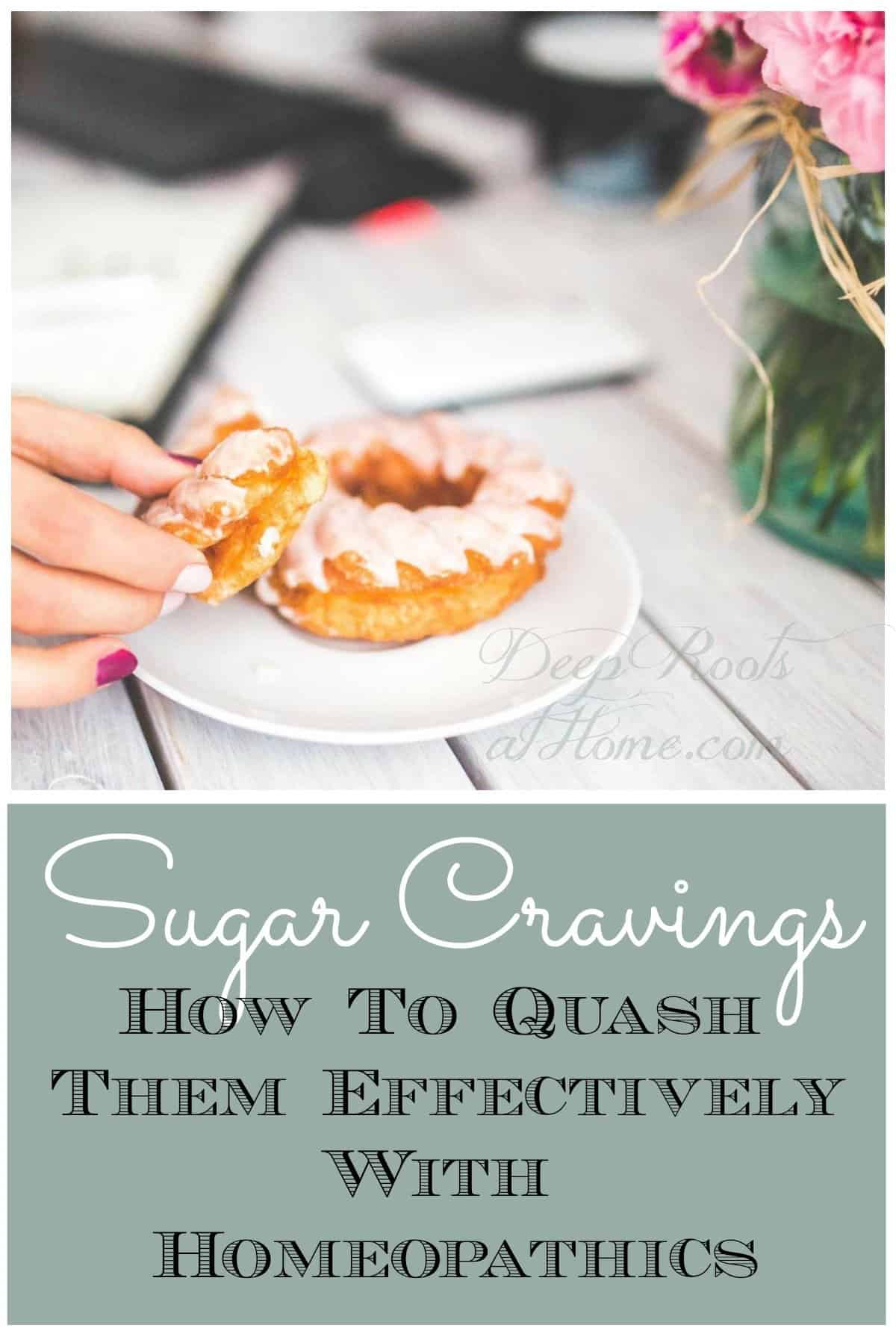