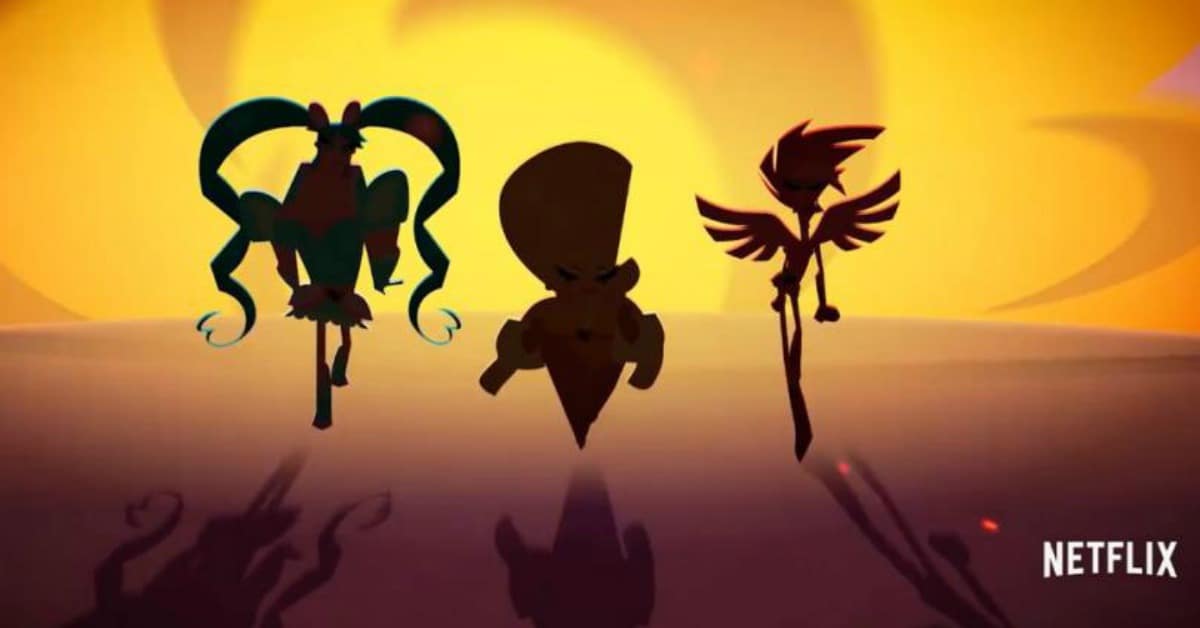 There comes a time when enough is enough, and for our household, that time is now! The cartoon features homosexual “superheroes” who dress like the opposite gender.

Apparently, instead of responding to consumer concerns about their programming, Netflix has continued a heightened assault on life and the family.

In early July, 2018, they hosted Michelle Wolf’s “Salute to Abortion,” a disgusting, vile, and insensitive “comedy” piece that glorifies abortion. At the end of the clip, Wolf blasphemously declares “God bless abortions and God bless America!”

“If women embrace the fact that they control life, that makes it a lot harder for men to control women.” ~Michelle Wolf

Netflix has also come under fire for renewing another season of its controversial show about suicide called ’13 Reasons Why’ even as the national suicide rate spikes.

And that isn’t all! Netflix’s recently released an Argentinian movie called Desire that critics say contains blatant child pornography. Despite concerns from critics and subscribers, they have refused to remove the movie from their site.

According to LifeSite News, “The five-episode series is the brainchild of Anderson Mahanski, Fernando Mendonça, and Paulo Lescaut of Brazilian animation studio Combo Studios, the Brazilian website CosmoNerd reports.

“We are thrilled that our first Brazilian animation will present our audiences with the daring, scandalous and fabulous world of Super Drags!” Director of original international content Chris Sanagustin said according to Animation Magazine. “Netflix’s fortunate to invest in great animation talent from Brazil, bringing the vibrant trait of Combo and the acidic mood of our producers to the beautiful and the canvases from every corner.”

Netflix is pushing this to 190 Countries

“Thanks to Netflix, we can take the Brazilian animation and mainly the LGBTQ representativeness to the 190 countries that have access to the service,” the show’s executive producer Marcelo Pereira added.”

Here’s how the movie streamer proudly describes the show: “During the day, they work in a department store and deal with their uptight b—hy boss. By night, they tighten up their corsets and transform into the baddest Super Drags in town, ready to combat shade and rescue the world’s glitter from the evil villains. Get ready, because the Super Drags are going deeper than you think.”

The series is driven by a “politically correct” LGBT agenda, and it is chock-full of sexual innuendos that are completely inappropriate for young audiences. If you need to see it for yourself to believe it, you can watch the teaser trailer linked here. The camera zooms in showing racy cartoonish images of their chests and behinds during the trailer to show their “transformation.”

But right alongside offers darker fare:

Netflix offers wholesome shows like “Clifford, the Big Red Dog” and even “Veggie Tales.” Do we really want our children to sit down to watch a ‘fun’ new cartoon series and instead have them lose their innocence to sexually lewd content (even if they find it in the adult content)?  Netflix has taken the skill sets of those who create wholesome, educational content for children and has inserted the homosexual agenda into their content.

What We Can Do:

Our children need a voice. Will you stand up to those who are intent on pushing the homosexual agenda into their hearts and minds?

It is starting to seem like Netflix will only change their behavior when it starts to affect their bottom line.

Please join CitizenGO and The Christian Film & Television Commission by signing this petition. Help Netflix understand that they have crossed a line with this series.

Please sign this petition today and tell Netflix why you will NOT be subscribing to their content and to send a letter directly to Reed Hastings, the CEO of Netflix.

In addition to delivering this petition via email, CitizenGo is working offline to ensure the delivery of this petition directly to Netflix’s office in California.

CitizenGO is a community of active citizens that seek to defend life, the family, and fundamental rights worldwide.  To find out more about CitizenGO, follow us on Facebook: https://www.facebook.com/citizengo  To contact CitizenGO, use this link: http://www.citizengo.org/en/contact.

“The only thing necessary for the triumph of evil is that good men do nothing.” ~John F. Kennedy attributed this quote to Edmund Burke