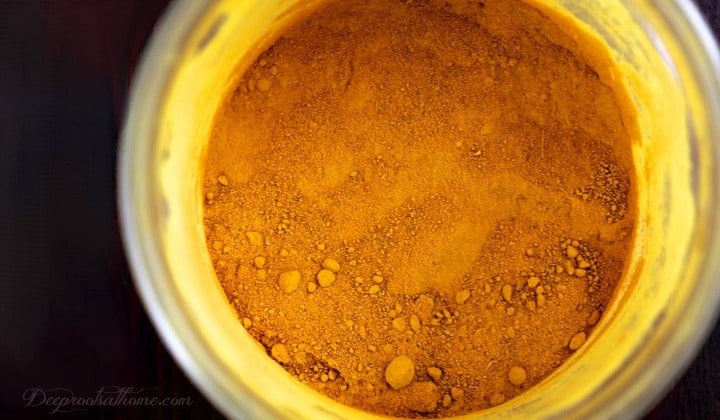 Because I just lost my dear friend and sister-in-law to cancer treated with surgery, chemo and immunotherapy this spring, this topic remains hot on my mind.

I decided to write a concise, little post showing published, peer-reviewed scientific evidences of turmeric’s amazing level of complexity, modulating countless molecular pathways and helping in traditional cancer therapy and beyond. I hope this will save you some work!

Turmeric, also known as the golden spice (which I have written about a number of times), is an ancient herb used for centuries for both food and medicinal purposes. Curcumin is the main active ingredient in turmeric. 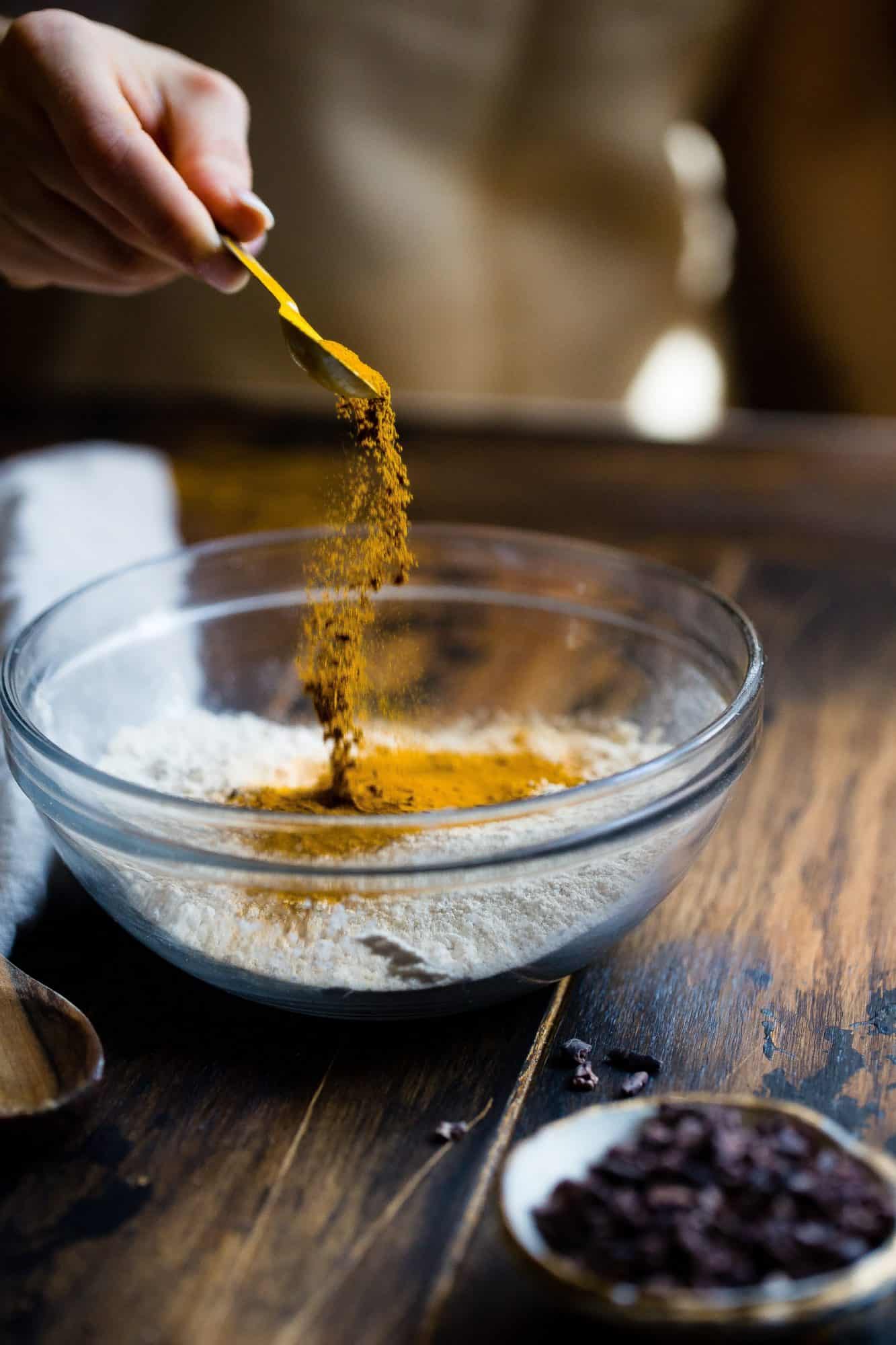 A growing number of laboratory studies on cancer cells have shown that curcumin seems to be able to disrupt and attenuate cancer cells and prevent more from growing. We see the best effects on breast cancer, bowel cancer, stomach cancer and skin cancer cells. (source) More study is underway at this time because of the favorable results so far.

Sloan Kettering Cancer Center notes these helpful effects (see paragraph 3 under Mechanism of Action): “Studies done on breast cancer … suggest that curcumin induces apoptosis in human colon cancer cells independent of p21 expression. Curcumin’s antitumor actions appear to be due to … its in-vivo antiangiogenic properties. Another possible chemo-preventive mechanism may be via binding and activating the vitamin D receptor (VDR), thereby protecting the small intestine and colon where VDRs are expressed and vitamin D is known to serve an anticancer function. Curcumin also inhibited growth of uterine leiomyosarcoma cells by targeting the AKT-mTOR pathway. Curcumin may inhibit bladder cancer progression by downregulating the expression of beta-catenin, high levels of which are associated with several cancers.”

Turmeric’s Direct Effect On Breast Cancer (according to PubMed studies)

1. Curcumin is thought to prevent breast cancer before it becomes a thing.

An important ability of a cell is to regulate its own healthy cellular division. Telomerase is an enzyme that is responsible for allowing cells to divide nonstop as we see in active tumors. Telomerase is generally not observed in healthy cells so that the cells die after a limited number of replications.

“Curcumin has been shown to inhibit the proliferation and survival of almost all types of tumor cells.“ Curcumin and Cancer Cells: How Many Ways Can Curry Kill Tumor Cells Selectively? (PubMed)

2. Curcumin is shown to target and disrupt breast cancer cells by the following molecular mechanisms:

“Curcumin is a potent enhancer of TRAIL-induced apoptosis through upregulation of DR5 expression.” (PubMed)

Curcumin has been found to inhibit the NF-?B pathway in the cancer cells, which ultimately controls the cell division, proliferation and the ability invade other tissues.

One way of killing cancer cells is to force cells to abort the division process. An experiment has proven that curcumin does so by inhibiting spindle fiber formation.

The Effect of Curcumin on Breast Cancer Cells, (PubMed)

miR181b is induced by the chemopreventive polyphenol curcumin and inhibits breast cancer metastasis via down-regulation of the inflammatory cytokines CXCL1 and -2, (PubMed)

–There are 8 known molecular mechanisms by which curcumin targets and kills cancer stem cells:

As you can see, turmeric (curcumin) exhibits an amazing level of complexity, modulating countless molecular pathways simultaneously. Conventional cytotoxic (toxic to living cells) chemotherapy is not capable of such delicate and “intelligent” behavior, as it preferentially targets fast-replicating cells by damaging their DNA in the vulnerable mitosis stage of cell division, regardless of whether they are cancerous, benign or healthy. Curcumin’s selective cytotoxicity, on the other hand, targets the most dangerous cells – the cancer stem cells – while leaving unharmed the normal cells.

Drug resistance is a very common problem during chemotherapy as the cancer cells being treated with chemicals develop resistance against them and fail to respond to the therapy. Discovering Natural Product Modulators to Overcome Multidrug Resistance (MDR) in Cancer Chemotherapy (PubMed)

— Helps in recovery from surgery:

Turmeric is an excellent postoperative painkiller with little or no side effects at all. Its anti-inflammatory properties can help a great deal in handling inflammation and swelling after surgery. Curcumin Treatment Attenuates Pain and Enhances Functional Recovery After Incision, (PubMed)

Is turmeric thought to be helpful for all kinds of breast cancer?

The answer is YES!

Modulation of the BRCA1 Protein and Induction of Apoptosis in Triple Negative Breast Cancer Cell Lines by the Polyphenolic Compound Curcumin, (PubMed)

The Potential Utility of Curcumin in the Treatment of HER-2-Overexpressed Breast Cancer: An In Vitro and In Vivo Comparison Study with Herceptin

The Impact of Curcumin on Breast Cancer (PubMed)

Though it does not correct BRCA gene, it does positively cause cell death in the cancer cells and positively inhibits the growth of the transformed cells in the breast. This also prevents the future tumor formation.

Update: Researchers from the United Kingdom have just made a major breakthrough in cancer research by demonstrating for the first time in patient-derived colorectal cell lines that a turmeric extract (curcumin) is not only an effective adjunct agent to enhance conventional chemotherapy, but that it may be even more effective on its own.

According to the traditional medical community, 2,000 mg. is the maximum amount of standardized turmeric curcumin you should take per day, yet multiple studies used up to 8,000 mg. without toxicity. Cancer would be one situation where more would be used.

Remember to always take turmeric with black pepper and a little ‘good’ fat to increase absorption! Here’s how.

I also purchase this brand to have capsules on hand and feel it’s very good quality.

Sometimes, taken over a very long time, this could cause skin problems, indigestion, nausea or vomiting. To put things in perspective, these are minor side effects as compared to potential side effects of chemotherapy drugs.

Turmeric should be avoided during pregnancy or breast feeding although women use goodly amounts of it in the Eastern cultures at any time.

Lastly, it is good to consult your doctor if you plan to include turmeric as a treatment for breast cancer.

Share5.5K
Telegram
Pin1.3K
6.8K Shares
« Netflix Promotes New ‘Drag-Queen’ Cartoon Series
What I’d Tell You Over Coffee If You Asked If We Vaccinate »