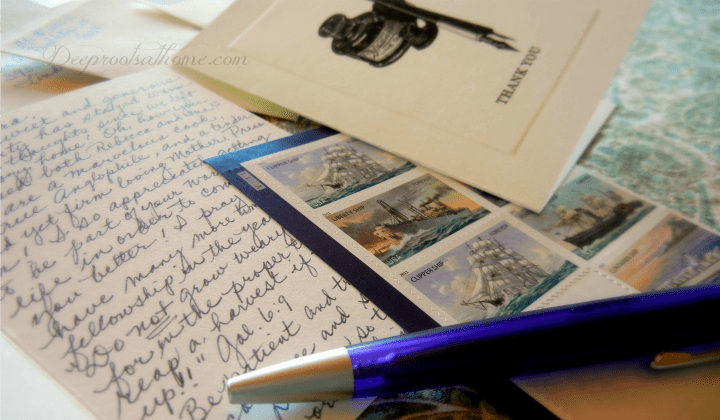 Here is a lost art in communication that needs a comeback to restore a touch of humanity to relationships.

Alas, the advent of the telephone in the late 1800’s, cheap long-distance services of today and the ever-growing internet have made writing notes and letters passé -a lost art.

Does anyone still pick up the pen and compose thoughtful correspondence? Does anyone send pictures, poems, children’s artwork?

It may seem like this primitive lost art of communication in writing, sometimes called ‘snail-mail’, is dying out, but doesn’t everyone still yearn to receive something thoughtful in the mail for once besides bills and advertisements?

This poignant story sums up my thoughts today:

“My wife and I recently visited a local church where we met a remarkable lady who became a member there the very same year she and her husband were married, almost 70 years ago. Now a widow at age 90, she recollects being the only one remaining from the original church family since her Henry passed away last year. Most of us can only imagine the trauma of losing someone we’d been with that long.

“Still, it was obvious by the number of those who stopped to greet her that sunny Sunday morning that although Henry no longer accompanied her to worship, she certainly wasn’t alone. Her still-living love for him was evident in almost everything she said — second only to her love for the Lord she came to worship, serve and sing praises to that day.

“And serve him she did, by sending us, later that week, a handwritten letter that not only expressed her love and faith with a graciousness and candor not often seen today; it also moved my wife to tears, feeling in every welcoming word Henry’s absence and the articulated anticipation of their heavenly reunion.

“Oh, we’ve received those occasional phone calls and emails over the years as visitors to a new church; but who actually sits down and hand-writes love letters to strangers? Henry’s widow does; and apparently, quite often — seeking them out in the sanctuary each Sunday like an angel on a mission of mercy — politely acquiring a mailing address and then portioning out a generous piece of her own heart and soul with a thoughtful pen on a lovely card, so that visitors like us will never feel like strangers in her church again.

“Lord only knows how many have been blessed with her kind letters through the years; and I suspect she sent a lot more than she received. Being a lost art, it seems letter writing has given way to the abrupt and abbreviated chit-chat of cellphones, emails, texts and tweets that we call “communication.” But, it’s not the same. If you doubt that, just sit down and try to write something sincere and substantive to a stranger in longhand and then send it with a stamp. You’ll quickly realize the patience, discipline, compassion and commitment required for such a labor of love.

“And I say that typing this on an iPad while waiting for a new iPhone to arrive.

“Even so, most of the calls, emails, texts and tweets we exchange each day will soon be forgotten — buried beneath tomorrow’s business or simply deleted from our files into the black hole of cyberspace.

“But, Mrs. Horrell’s letter; well … I have it right here in the top drawer of my desk, ready to pull out and reread whenever I start feeling like a stranger.”

Why should you take the time to write a heartfelt letter or note when you can put your thoughts into a few brief sentences (often incomplete and wrought with abbreviated language — Lol :>) <3 , and send it off into the ether of the internet?

Imagine, instead, putting down some thoughts from your heart or just a simple, sincere ‘Thank you!’ that they can hold in their hands and ponder. Restoring this lost art is undoubtedly an old-fashioned notion, but one which is more deeply treasured and remembered by the receiver.

And who knows, maybe they’ll write you back. Won’t you feel special then?

“Take pains … to write a neat round, plain hand, and you will find it a great convenience through life to write a small and compact hand as well as a fair and legible one.”  ~Thomas Jefferson 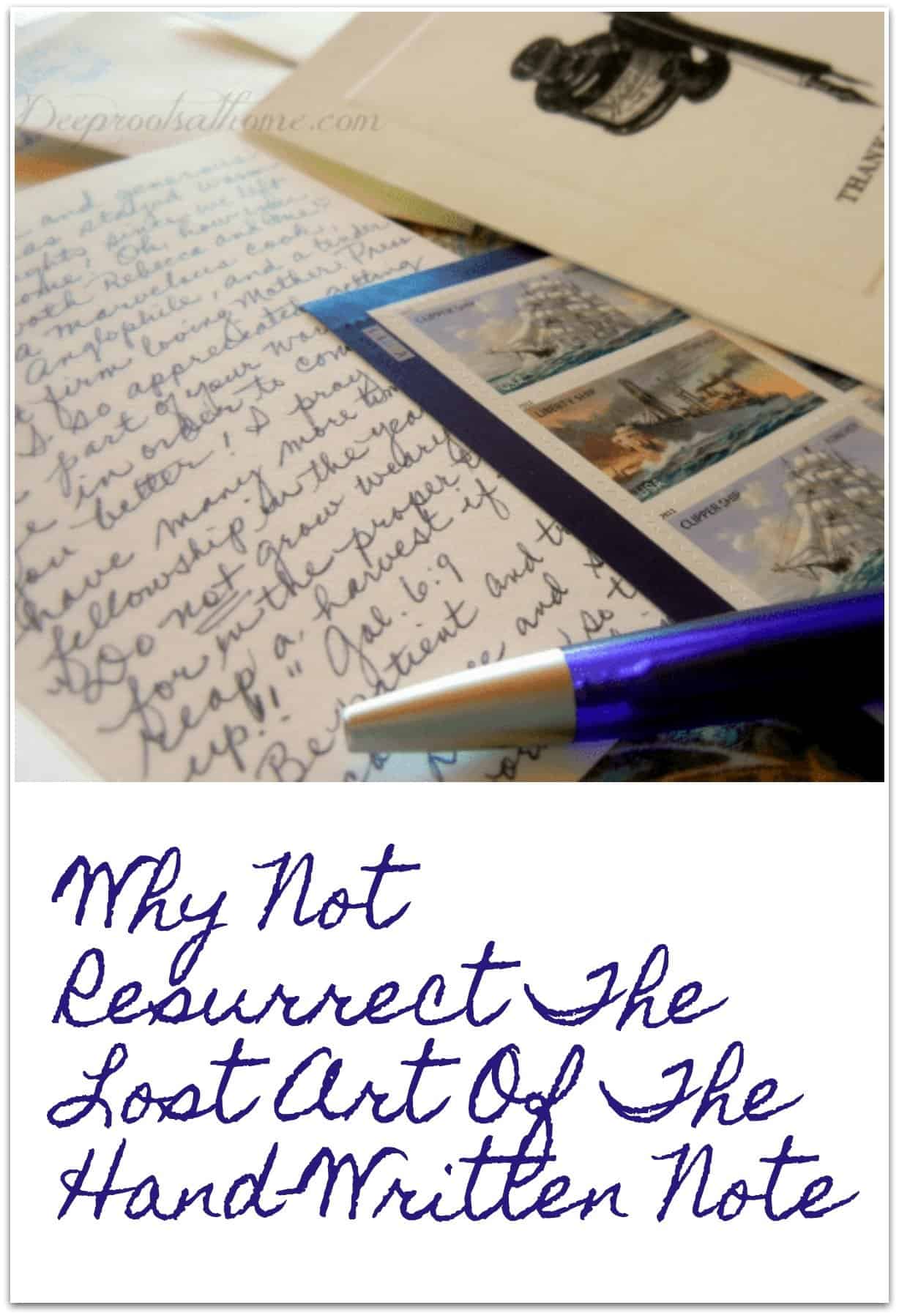