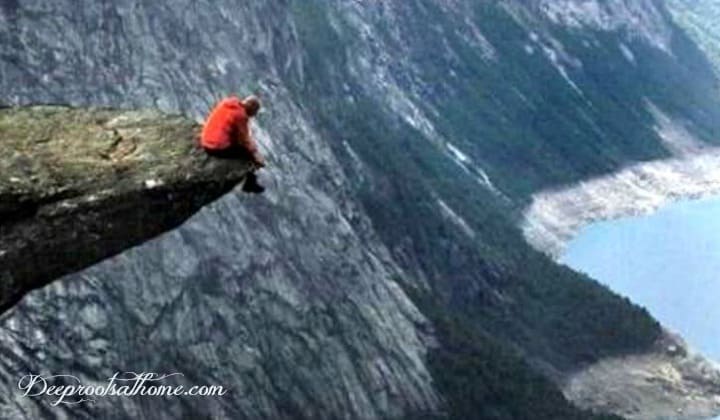 Vertigo. Have you heard of it?

Maureen was a high diver until the day she experienced the dizziness of vertigo on the platform. While looking down at the pool, she noticed an uneasy spinning feeling and stepped back, sick with vertigo. After a week of rest, she faced the pool again from the platform, but the imbalanced and reeling feeling returned, sending her almost reeling into the pool. Her doctor diagnosed her with vertigo or unsteadiness, and recommended she retire from diving.

Years ago as Carol Foster, MD, an associate professor at the CU School of Medicine, started experiencing episodes of room-rotating dizziness and the accompanying nausea, she was astounded – not because she didn’t know what was taking place, but because the unpleasantness and disorientation her own patients experienced was so much more severe than she had ever imagined.

Is it Meniere’s or something else?

Back then Foster had Meniere’s Disease, a disorder of the inner ear that causes repeated bouts of vertigo that can last for hours or days. She had surgery to cut the nerve to the ear that was triggering the disease. Her bouts of vertigo stopped immediately. 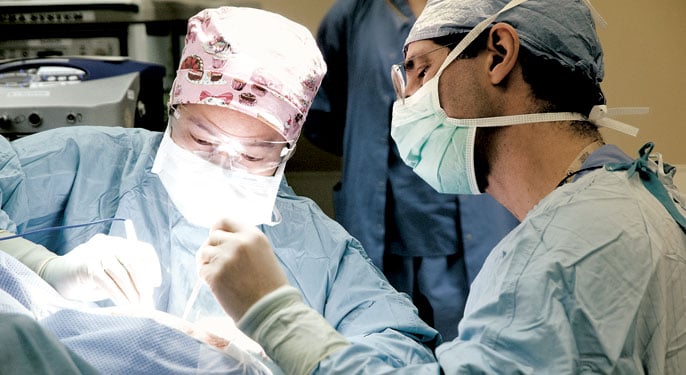 But one morning years later, she rolled over in bed and again felt the room start to spin and that first accompanying wave of nausea. Her first thought was for her patients. “I have to go in because other sick people were waiting for me,” she said.

With the insight of a physician and research scientist, she understood immediately that this time her vertigo was not triggered by Meniere’s Disease, but by something very different. She knew instinctively this vertigo was something she might be able to fix herself, and she was challenged to overcome it.

“I decided that my problem was a worthy foe,” the young doctor stated. “I would make it my mission to destroy something that was worth working on.”

What it meant was returning to school with a National Institutes of Health fellowship in neuro-otology at the University of California, Los Angeles Medical Center. Today, Foster is director of the Balance Laboratory at the CU School of Medicine.

Millions of people in the US can expect to have benign paroxysmal positional vertigo (BPPV), especially as they age. Unlike Meniere’s Disease, where the cause is often unknown, BPPV is caused by gravity-sensing particles in the ear accidentally entering the spinning-motion sensors of the ear. It can make people have falls, they can be completely unable to go to work because they’re so dizzy, or they can be vomiting – so vertigo is very, very unpleasant.

The symptoms of BPPV can be relieved by maneuvers that relocate the particles. (source)

One morning, in treating herself, she came up with her own ‘spin’ on how to fix vertigo at home. It’s called the ‘Half-Somersault Maneuver.’ That morning in her bedroom, Dr. Carol, whose practice included patients with exactly the problem she was experiencing, knew this was a bout of BPPV in her healthy ear, the one not affected by Meniere’s Disease. While the room spun around her, and she became increasingly sicker, she considered to her options.

“I had already spent so many years having vertigo, so it had become a science experiment,” she said. “I was a trained scientist running across a rare specimen, and the specimen was me.”

In her bedroom, Foster did a maneuver on herself that she had often done on patients called the ‘Epley’ – a series of body and head maneuvers used to treat BPPV – usually done by a medical professional treating a patient. The particles moved out of her ear canals and then slipped right back into the horizontal canal. The vertigo intensified.

“I was starting to get very sick,” said Foster. “Then I thought to myself, ‘There’s more than one way to skin a cat.'” (source) 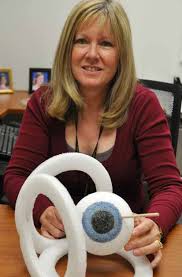 With the room spinning around her, Carol Foster made a model of the ear with her fingers and tilted and turned the model in front of her eyes. She began to conceive a maneuver that might get the particles out of her horizontal canal and back where they belonged.

Then, she translated the theory she had devised with her finger model into action with a half-somersault, followed by a head turn, and one last quick move of her head as she returned to the sitting position.

“Bingo! It was gone,” said Foster. “The second those particles moved out, the spinning just dead stopped.” Soon after, she realized the implications of what she had discovered. Here was instant relief from a horribly disabling situation that nearly anyone could do at home, all alone, and for free.

Here is the half-somersault maneuver for the right ear, steps 1 through 5. Watch it being done in the video below. 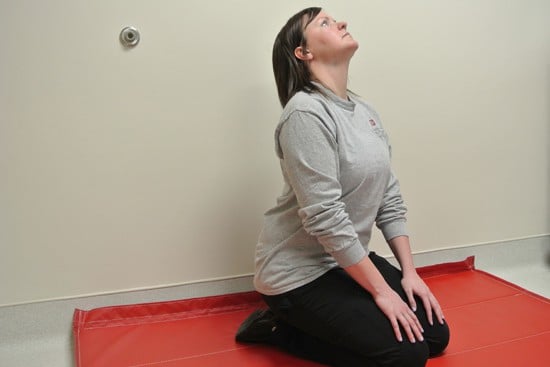 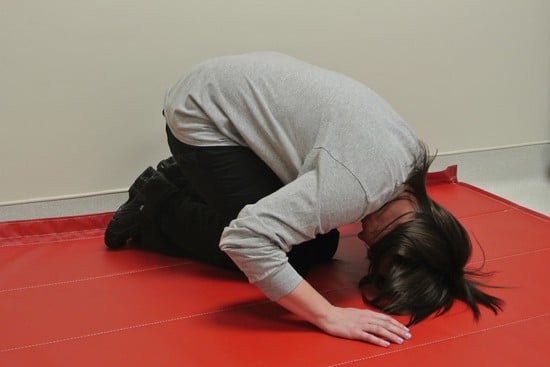 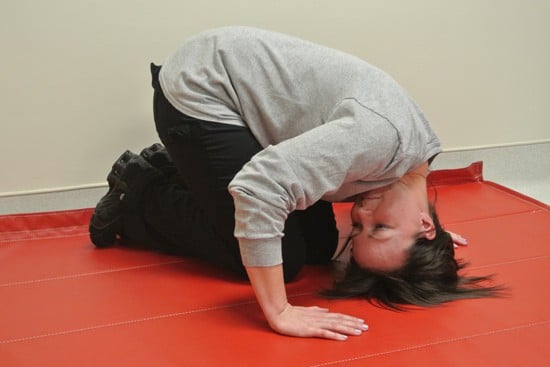 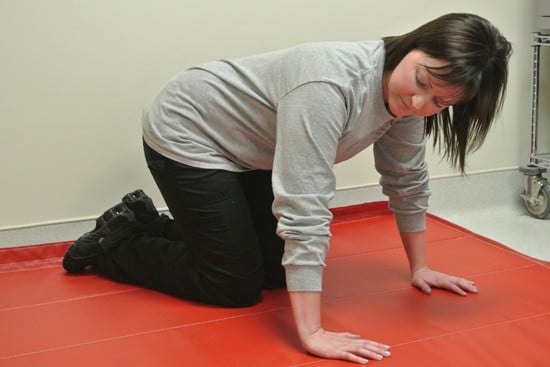 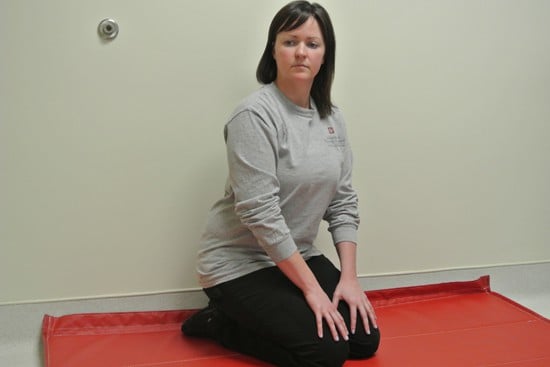 Many of Dr. Foster’s patients have been admitted with horrible vomiting just because they have particles lodged in the wrong canal. Instead of doing an expensive work-up on them, many find it can be relieved in seconds by this simple maneuver.

She also tells them that sleeping with their head slightly elevated at night can prevent the particles from slipping into the wrong part of the ear.

Later, Carol Foster posted the breakthrough on the Internet. The Half-Somersault Maneuver

Once Carol Foster decided to share her maneuver discovery with the media, she watched her practice grow explosively. Different patients responded differently. She tells how some suffering with BPPV come in with the diagram for the Foster maneuver in their hands to see if they are doing it correctly. “They just don’t believe it can be that simple,” Foster said.

Some simply know they have a terrible problem and want to find the cause. Others come because they have tried the maneuver and don’t think it works. Foster has to explain to them that it’s ear-specific. There’s a specific way for each ear. Do the wrong ear, and it won’t work.

For those it works for, it is a true life-changing relief. Dr. Foster talks about a 40-year-old woman who thought she was losing her mind. Once the woman learned the maneuver, she was jubilant!

Patients put their head upside down like they are going to do a somersault, turn their head quickly to one side depending on which ear is affected, then wait again for dizziness to end and then sit back quickly. Everyone is always surprised at how well it works.

“My goal in life is to basically get rid of all dizziness on planet earth,” she said.

She’s well on her way – one half-somersault at a time. None of those patients returned to the doctor for dizziness treatments. Now that’s my kind of old-fashioned doctor! 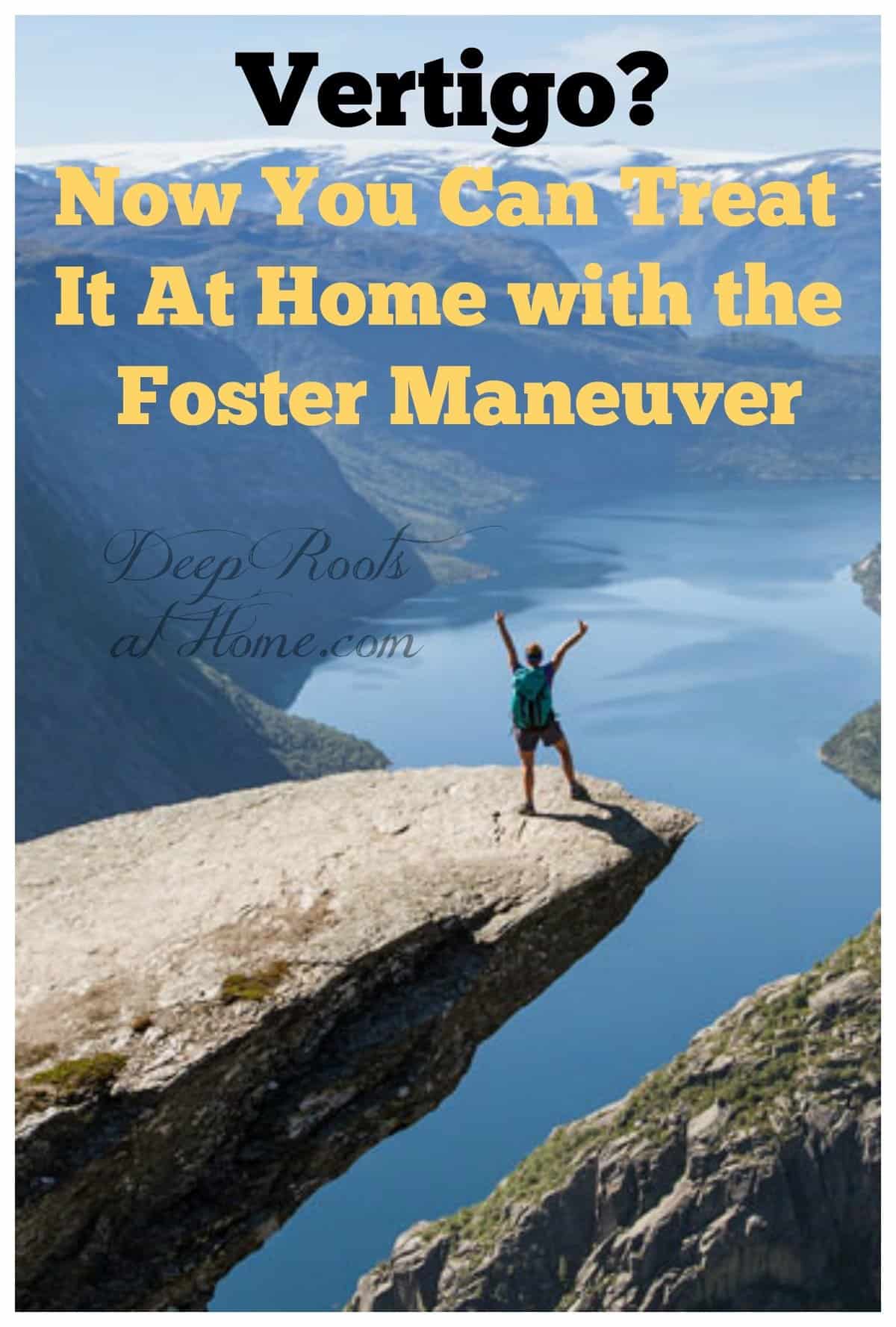