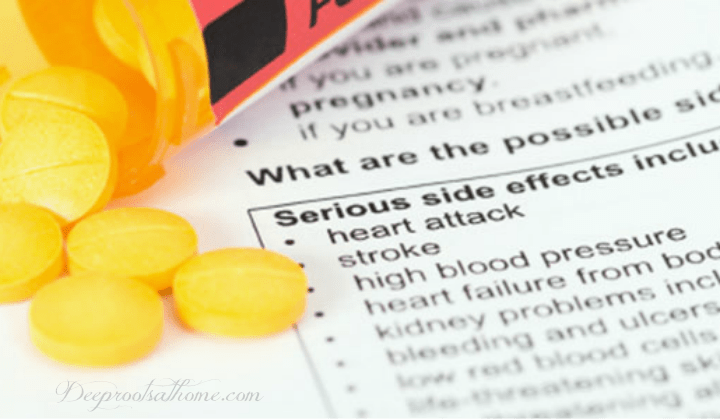 Black Box warnings are not something to take lightly. For the FDA to warn about a drug means it’s pretty bad (the last stop before a recall notice)! The black box warnings are a result of the many lawsuits that are being won by injured patients and demanding them to warn others.

“To be forewarned is to be forearmed.” ~old proverb

Adderall​ ​is​ ​a​ ​stimulant,​ ​amphetamine​ ​drug​ ​used​ ​to​ ​treat​ ​ADHD,​ ​but​ ​is​ ​also​ ​frequently​ ​used recreationally​ ​by​ ​college​ ​students​ ​and​ ​other​s to​ lose weight, stay awake and study longer, recreationally to get high. The risk of serious Adderall side effects typically outweighs the potential benefits of the drug. 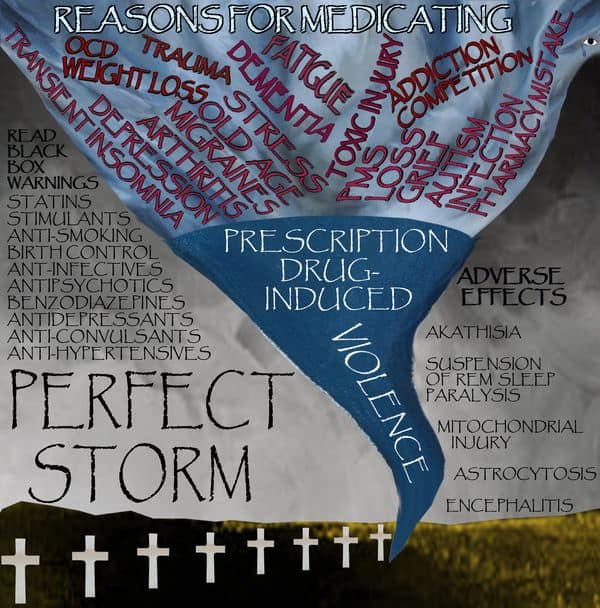 Xanax​ ​is​ ​a​ ​​benzodiazepine​ ​drug.​ ​It​’s​ ​also​​ ​used​ ​to​ ​manage​ ​phobic​ ​behaviors​ ​and specific​ ​conditions​ ​like​ ​social​ ​anxiety.​ Prescription rates in the last 18 years have risen only 67%, but the number of Xanax related deaths per year has multiplied sixfold. 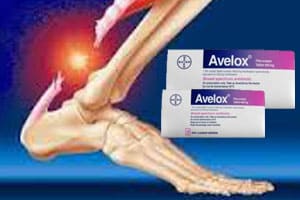 Have you suffered a tendon rupture or tendonitis while taking Avelox? In the same class as Cipro and Levaquin. Avelox tendon ruptures can be very severe, and lead to life-long disability.

Synthroid (levothyroxine) is the number one brand-name drug in terms of number of prescriptions written by physicians – over 23 million scrips/month. It is usually given for Hashimoto’s, an autoimmune disease, and when thyroid cancer lowers the circulating thyroxine in the body. But we also see subsequent development of dementia of the Alzheimer type with Thyroid medication use.

Note for alternative help: Desiccated thyroid is much better tolerated than Levothyroxine by most, but doctors nowadays tend to be “afraid” of it. Drug companies saw it as competition and gave it a bad rap. It was standard practice before Synthroid was invented.

There are many brands of desiccated thyroid…NP Thyroid, Armour, Naturethroid, etc. Desiccated thyroid has been on the market and safely used for more than 100 years. Until synthetic thyroxine (also known generically as levothyroxine, with brand names including Synthroid, Levoxyl, and Tirosint) was introduced in the 1950s, desiccated thyroid was the only thyroid hormone replacement medication. My mom and MANY others did very well on it all those years with no cognitive side effects.

Check out GetRealThyroid.com for NatureThroid.

Medicare will not pay for any Thyroid medication that is natural. Will only pay for synthetics, SO check out GoodRX for NP Thyroid, Armour, Naturethroid, etc.. One reader said, “I can get my natural thyroid meds for less than what I’d pay with my insurance. If your doctor won’t let you use GoodRX because of Medicare, go to another pharmacy and do not give them your Medicare number.”

The FDA insists all generic drugs sold in the U.S. are “identical” to their brand name counterparts. Many disagree. Controversy surrounds generic sertraline (Zoloft). This antidepressant is taken by millions of people. The reports make you wonder how good a job the FDA is doing at monitoring foreign-made pharmaceuticals. (source)

Prescription Celebrex should be used exactly as prescribed at the lowest dose possible and for the shortest time needed. (Source)

Why a Black box Warning?

In addition, medical practitioners downplay the dangers of NSAIDs, as do the pharmaceutical companies that make these popular OTC drugs. Research reveals (pg. 309-310) that NSAIDs (and CELEBREX) have been shown to:

Whether you knew it or not – by opening a black box labeled bottle or package YOU HAVE ACCEPTED that these black-box warnings of serious and fatal side effects can occur. Proceed at your own risk or that of your loved one.

Sadly, it’s very unlikely most patients will read a black box warning. Most patients rely on their doctor or pharmacist for advice; so an increased warning on a drug’s label may in reality make little difference.

Never stop taking a medication without speaking with your doctor first. 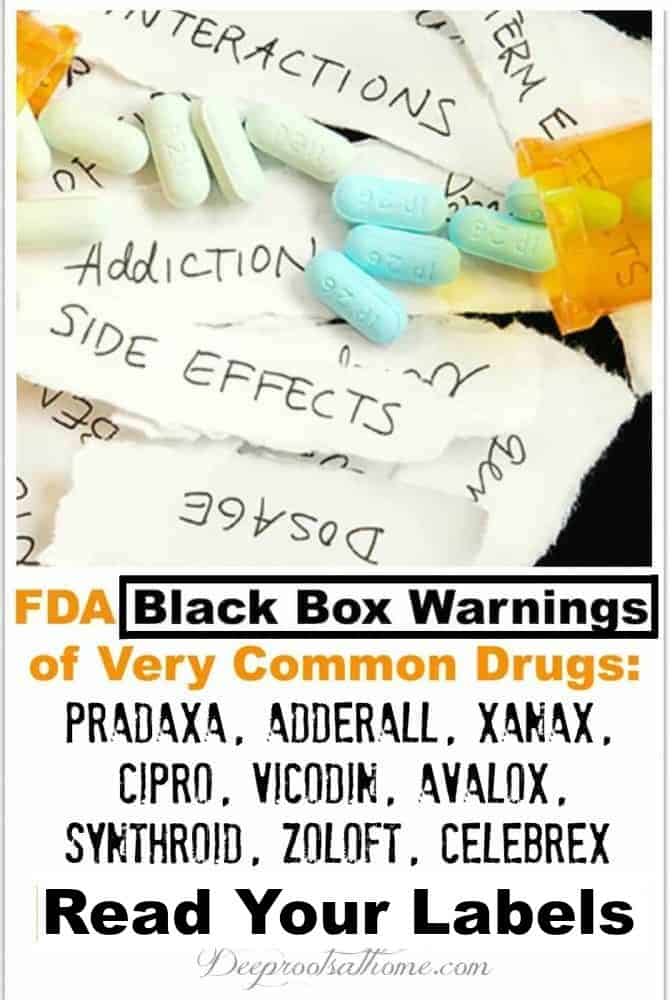 Share9.1K
Telegram
Pin359
9.5K Shares
« Too Much Skin, Girl. Too Much Skin: A Talk On Modesty by Rick Thomas
Medical Alert: Know the Warnings on Cipro, Fluoroquinolone Antibiotics! »