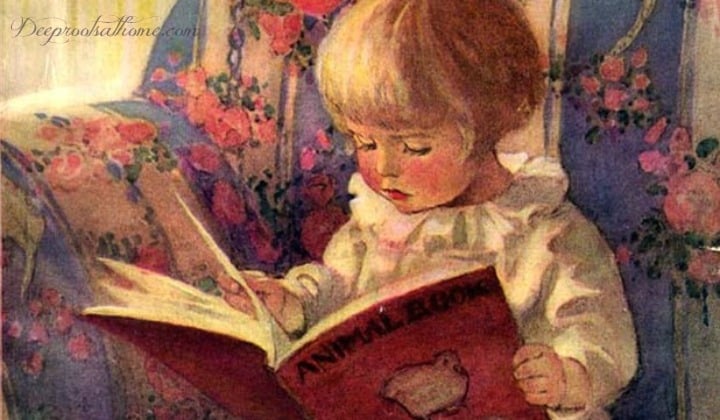 Many of you have asked for a reading list of great books for young and older children, the kind that contain wholesome adventure and inspire a heart to courageous living. I have been busy and did just as you requested.

What fun I had compiling it!

We are all aware that there is a battle raging in our culture for the minds and hearts of our children, but how do we as parents prepare them to live in the world? How do we teach values and build character at home on a day to day basis to equip them for a lifetime?

One of the best ways is to choose and read books that will champion and uphold what is noble, good, right and true. Most of these will be found at your library, or you can request they get it in for you, but I’ve also included Amazon links so you can see what the book looks like and read reviews, etc. 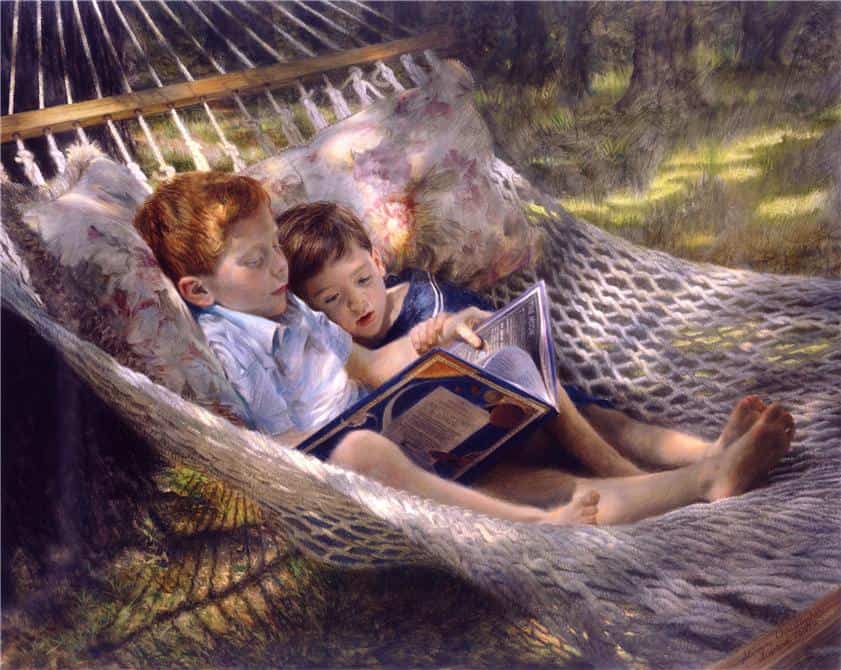 This image captures the essence of reading – the gentle power and immense soul-stirring delight a great book can offer.

Their attention reflects the newness of deep thought, the hearty joy in discovering new horizons, the heart and soul expanded by beauty. The dappled sunlight hints that the story is opening their minds to the mysteries of the world God gave to mankind and of their own place in it.

“Books can become powerful companions – teachers that will fan the flames of your child’s heart and mind to life! Great stories, first in the Bible and then in classic literature can tune the inner workings of the heart from which, even in adulthood, one will make decisions and form values.” ~S. Clarkson

Books Our Children Will Be Reading To Theirs One Day: 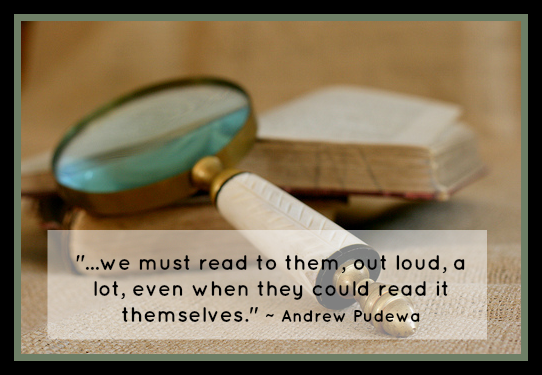 The age designations for this list are only approximate.

A child’s listening level will often be several grades higher than their personal reading level–it is OK to choose books from an older list if you’re planning on reading aloud to your children.

I began reading aloud to our children from chapter books (such as Mr. Popper’s Penguins) before their third birthdays. Often I would take one at a time until they were hooked on wonderful stories and snuggling on the couch! 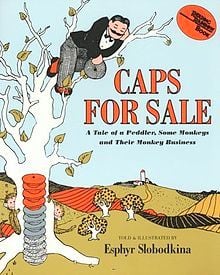 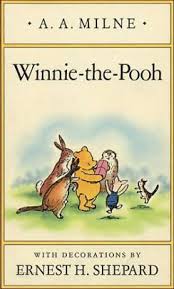 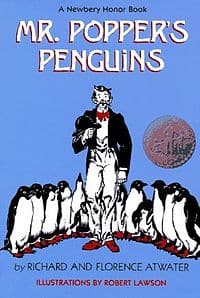 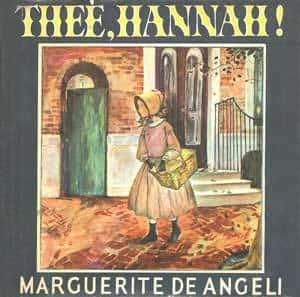 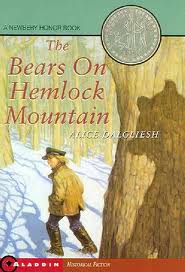 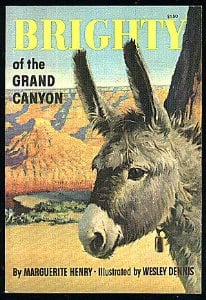 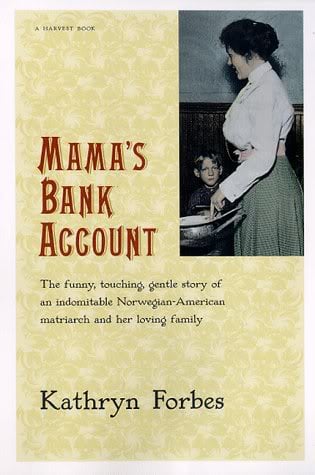 Brighty of the Grand Canyon, Marguerite Henry
Treasures of the Snow, by Patricia St. John
Scout: The Secret of the Swamp, by Piet Prins
A Little Princess, by Frances Hodgson Burnett
Little Lord Fauntleroy, by Frances Hodgson Burnett
Mary Jones and Her Bible (true story), by Mary Ropes
Shepherd of the Highlands, by Lily A. Bear
Mama’s Bank Account, by Kathryn Forbes
Twenty-One Balloons, by William Pene du Bois
The Wind in the Willows, by Kenneth Grahame 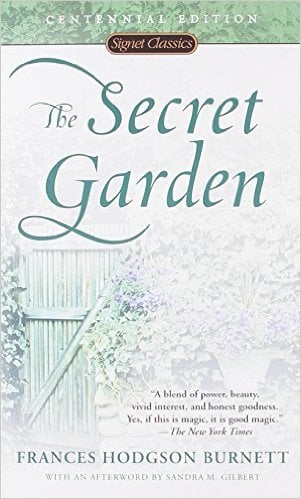 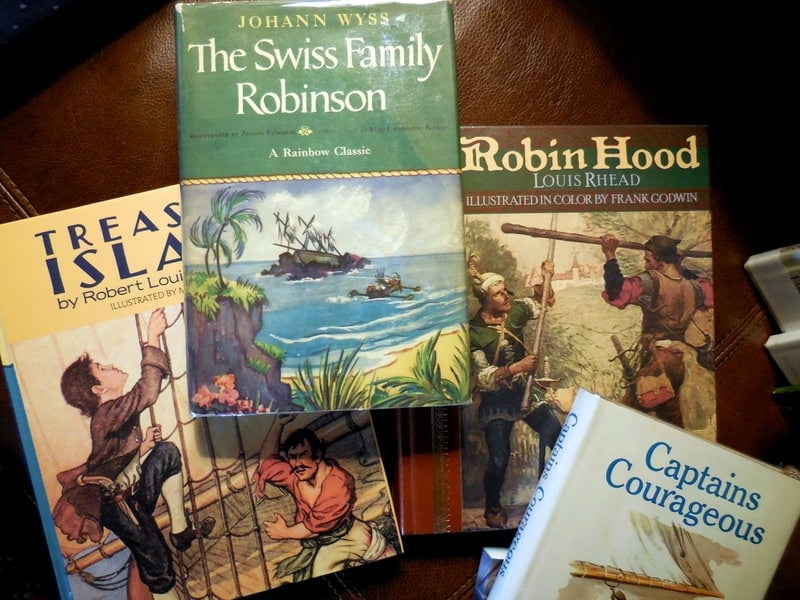 Run For Your Life, by Betty Swinford
The Secret Garden, by Frances Hodgson Burnett
The Swiss Family Robinson, by Johann Wyss
My Side of the Mountain Trilogy (My Side of the Mountain / On the Far Side of the Mountain / Frightful’s Mountain), by Jean Craighead George
The Bronze Bow, Elizabeth George Speare
King Of the Wind, Marguerite Henry
Anne of Green Gables, by L.M. Montgomery
Black Beauty, by Anna Sewell
Cheaper by the Dozen, by Frank B. Gilbreth, Jr.
Gentle Ben, by Walt Morey
Heidi, by Johanna Spyri
Johnny Tremain, by Esther Forbes
Freddy The Detective, by Walter R. Brooks
Old Yeller, by Fred Gipson
Robinson Crusoe, by Daniel Defoe
Treasure Island, by Robert Louis Stevenson
Where the Red Fern Grows, by Wilson Rawls

Legend of the Fairy Cross by CC Archambeault 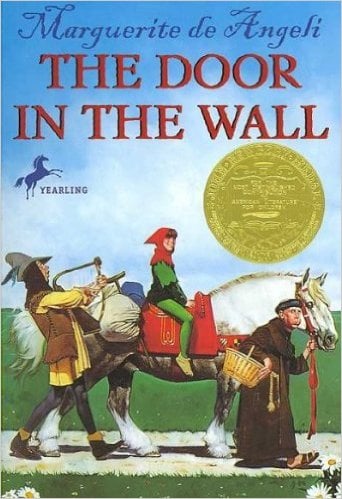 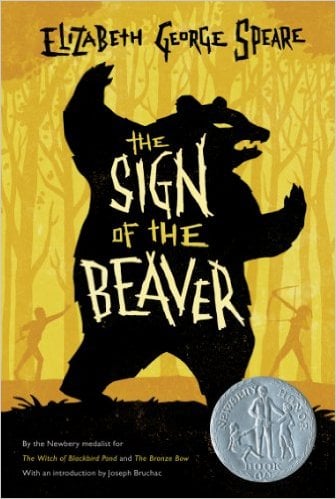 The Door in the Wall, by Marguerite De Angeli
Robin Hood: Children’s Classic, by Louis Rhead
Around the World in Eighty Days, by Jules Verne
Paul Bunyan and His Great Blue Ox, by Wallace Wadsworth
A Christmas Carol, by Charles Dickens
Huckleberry Finn, by Mark Twain
The Chronicles of Narnia (all 7 books in one), by C.S. Lewis
The Sign of the Beaver, by Elizabeth George Speare
Encyclopedia Brown (older books of the series only), by Donald J. Sobol
Ester Ried’s Awakening, by Isabella Alden
Mr. Pipes and the British Hymn Makers, (series of 4) by Douglas Bond
Amos Fortune, Free Man, by Elizabeth Yates
Little Women, by Louisa May Alcott
The Yearling, by Marjorie Kinnan Rawlings 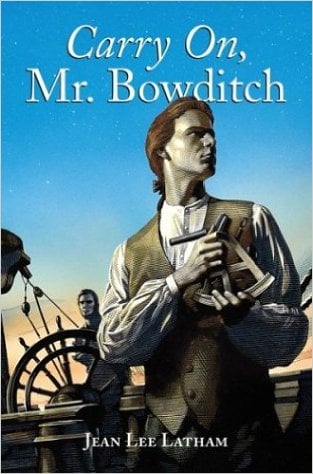 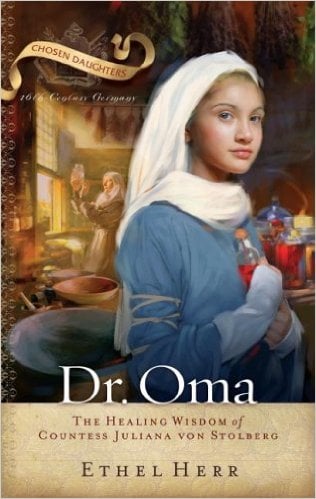 I, Juan de Pareja, by Elizabeth Borton De Trevino
In His Steps, by Charles M. Sheldon
The Hawk That Dare Not Hunt by Day, by Scott O’Dell
Dr. Oma: The Healing Wisdom of Countess Juliana von Stolberg, by Ethel Herr
Carry On, Mr. Bowditch, by Jean Lee Latham
The Pilgrim’s Progress, by John Bunyan
The Prince and the Pauper, by Mark Twain
I Dared to Call Him Father, (true story) by Bilquis Sheikh
The Ocean of Truth  (the story of Sir Isaac Newton), by Joyce McPherson 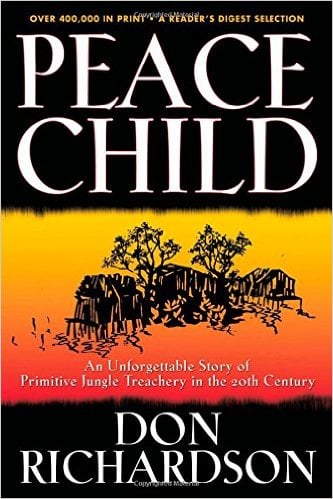 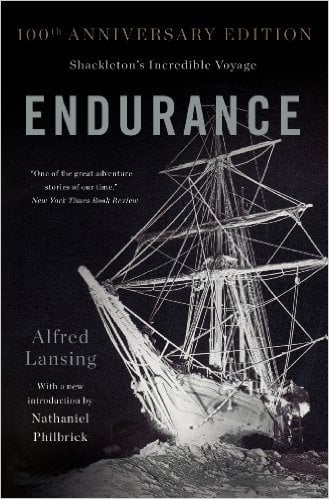 David Copperfield, by Charles Dickens
Oliver Twist, by Charles Dickens
Endurance: Shackleton’s Incredible Voyage, by Alfred Lansing
Whatever Happened To Penny Candy, (An Uncle Eric Book- indispensable to give understanding of how to think about money from an early age), by Richard J. Maybury
Anne Frank: The Diary of a Young Girl, by Anne Frank
Hittite Warrior, by Joanne Williamson
The Hiding Place, by Corrie Ten Boom
The King’s Shadow, by Elizabeth Alder
A Piece of the Mountain (The Story of Blaise Pascal), by Joyce McPherson
Peace Child (Sharing the Gospel with Cannibals), by Don Richardson 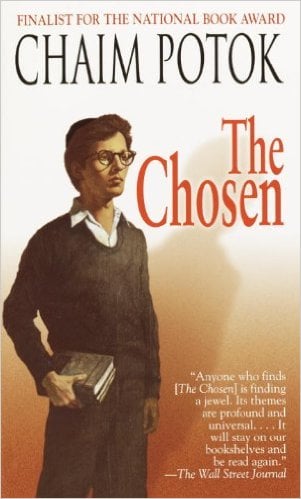 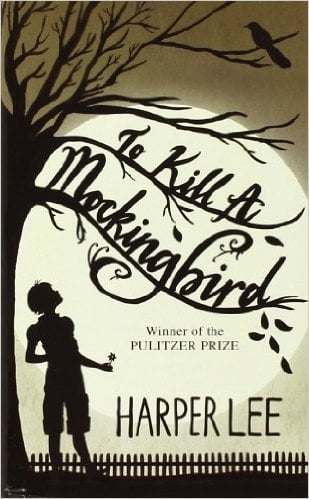 The Chosen, by Chaim Potok
To Kill a Mockingbird, by Harper Lee
The Eagle of the Ninth, by Rosemary Sutcliff
The Three Musketeers, by Alexandre Dumas
Through Gates of Splendor, by Elisabeth Elliot
Evidence Not Seen -the Jungles of World War II, by Darlene Deibler Rose
Gulliver’s Travels, by Jonathan Swift
Pride and Prejudice, by Jane Austen
Uncle Tom’s Cabin, by Harriet Beecher Stowe 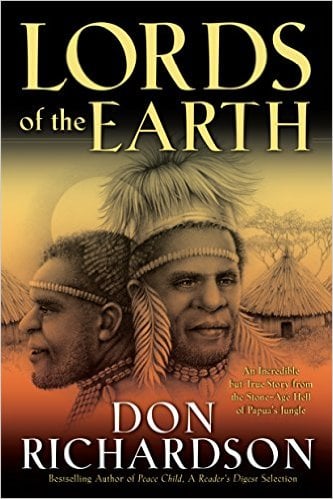 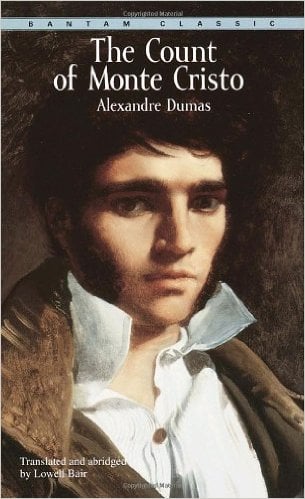 A Tale of Two Cities, by Charles Dickens
Ben Hur, by Lew Wallace
The Count of Monte Cristo, by Alexandre Dumas
Les Miserables, (Focus On the Family Radio Theatre Audio)by Victor Hugo (*the book is extremely difficult, however, worth it! Possibly the best redemption story after the Bible.)
Great Expectations, by Charles Dickens
Hinds’ Feet on High Places, by Hannah Hurnard
The Robe, by Lloyd C. Douglas
The Lords of the Earth: An Incredible but True Story from Papua’s Jungle, by Don Richardson
Nicholas and Alexandra, by Robert K. Massie
The Screwtape Letters, by C.S. Lewis (almost better in audio)
Silas Marner, by George Eliot

(FYI: As an Amazon Associate I earn from qualifying purchases.)

What are your favorite wholesome and engaging books? What are your young people’s favorites? I know many of you homeschool moms are avid readers. Please share with us!! 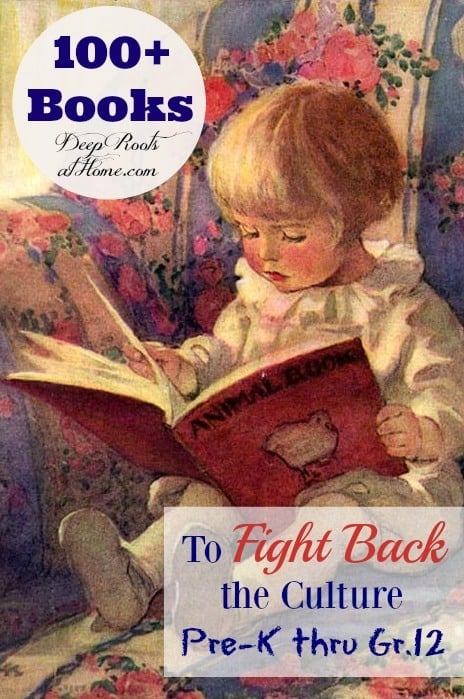