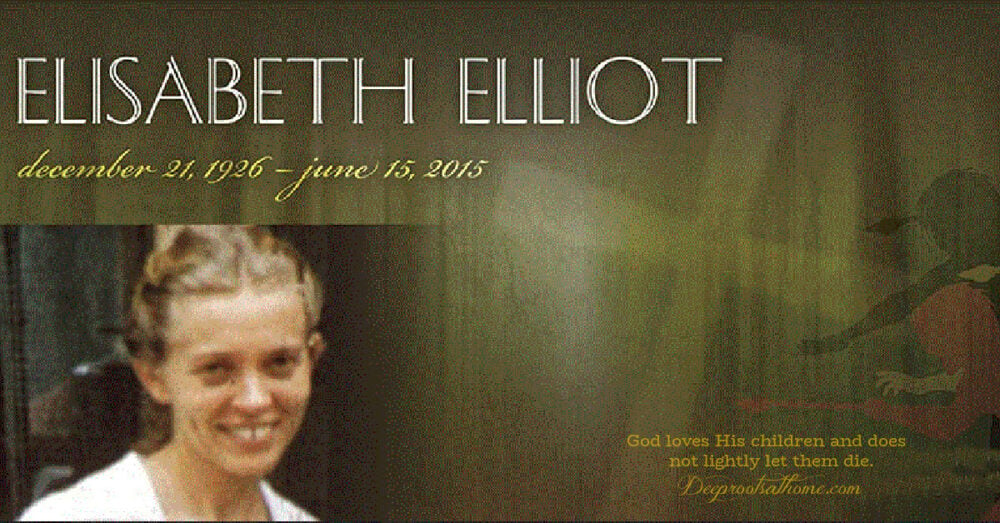 Many of us have heard something of the heart-breaking story: Jim Elliot met Elisabeth Howard at Wheaton College, and after a stormy courtship, they married. They sought, along with four other families, to evangelize the Auca (later Waodani) people, an indigenous tribe in Amazonian Ecuador.

And then, Jim and four missionary friends were speared to death.

It’s a harrowing and heroic account that for generations has spurred on the modern missions movement.

Even though Jim Elliot and his fellow missionaries’ lives were taken, their work among the Auca Indians had just begun.

The “Auca Martyrs” : Their Lives Were Like Bright, Short-Lived Flames

Elisabeth Elliot (and other missionaries) picked up where they left off, living and working among her husband’s murderers. God used her obedience and faithfulness to ultimately reach and transform the tribe for Jesus Christ.

In her first year especially, as a young missionary to a small group of native women in the Ecuadorian jungle, with their young daughter in arms, Elisabeth faced physical and spiritual trials.

In these recordings, she captures the stark realities and dangers of the primitive world in which she ministered. But far more than that, these are beautiful and deeply personal reflections on the important questions of life and applicable to living an authentic Christian life today.

I wish I knew about them when we homeschooled our children, but it may not be too late for your family.

These are all ~12-13 minutes long. Perfect for one-a-day listening.

From the Series: Life Among The Aucas

These are some of her many fabulous books based around that period of time.

Find these books and more by Elisabeth Elliot here.

Listen To More Of Elisabeth’s Teaching

We can still listen to EE‘s radio program Gateway to Joy (which ran for 14 years). BBN shares a new audio teaching every Monday through Friday. Her signature line was, “…and underneath are the everlasting arms…” (Deut. 33: 27).

Jim and Elisabeth had only one child. Valerie was 10 months at the time he was killed.

Later, in her 40s, Valerie wrote, “My mother gave me my father’s letters many years before I got to read them (simply because of the number of children I still had at home needing my attention). So when I had the quiet time after the last one left to attend college, I was amazed by his writing ability and poetic imagery, my mother’s brilliant logic and clarity, and the delightful sense of humor they both had. I also didn’t know how they struggled with not being sure of whether God wanted them to marry, and why and how long it took for my father to know when he had “the green light”!

“Jim and Elisabeth’s love story is unusual because they both thought God was going to send them to the mission field single. Jim was Elisabeth’s brother’s roommate in college and spent one Christmas vacation at their home. Then they had several classes together and began to study together. (source)

“They were different in personality. Jim was outgoing and spoke freely and easily (a little too freely sometimes). “The same bold, aggressive temperament that served him well as a daring disciple of Christ could sometimes come across as harsh and abrupt, even meddling, especially when dealing with a woman”. Elisabeth was intellectual and reserved. But they thought alike on many subjects and began to find themselves drawn to each other.

“Elisabeth seemed willing to take this development as from the Lord much sooner than Jim was. He had taken to heart Matthew 19:12 about some making themselves “eunuchs” for the kingdom of God (remaining single, unattached) and 1 Corinthians 7 about people being better able to serve God without distraction if they are single. He had given other guys in college a hard time about dating. He knew God was calling him to a pioneering field which would include rough living conditions. He didn’t feel he could ask a wife into that situation.

“On top of everything else, he wrestled in his journal with the thought that if he loved a woman, it would mean that Jesus wasn’t enough for him. Somehow he missed that God Himself said “It is not good for man to be alone” when He created woman.” (source)

Valerie compiled the never-before-published letters and private journals that reveal the most unlikely love story, and the result is Devotedly: The Personal Letters and Love Story of Jim and Elisabeth Elliot. Absorbing and engaging for every age, this moving account of their personal lives is a gold mine to better understand these two beloved Christian figures. 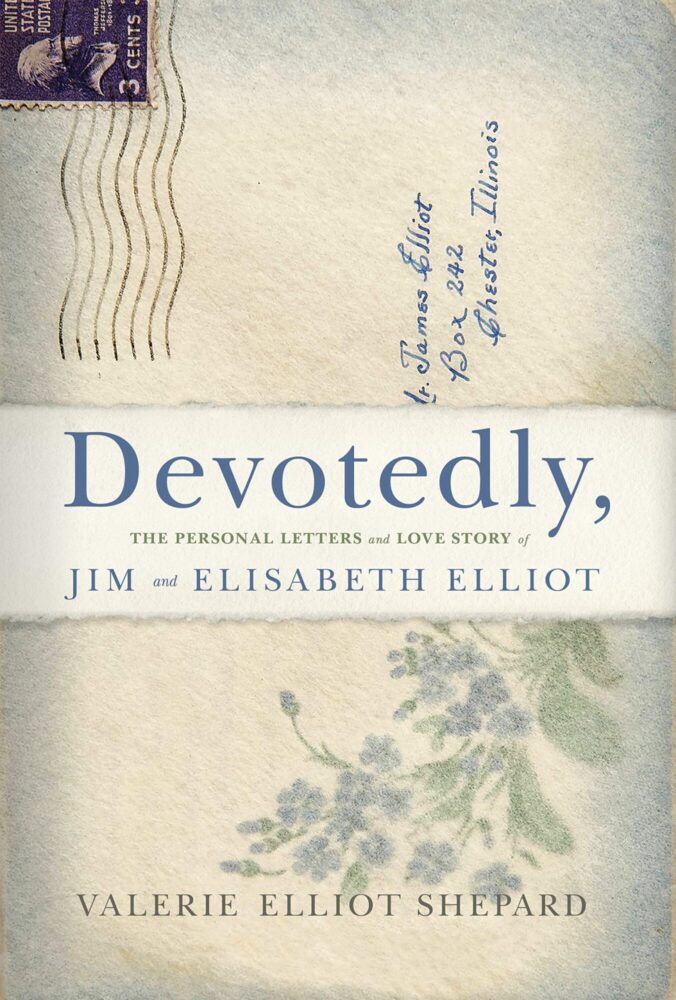 “Of one thing I am perfectly sure: God’s story never ends with ashes.” ~Elisabeth Elliot, These Strange Ashes 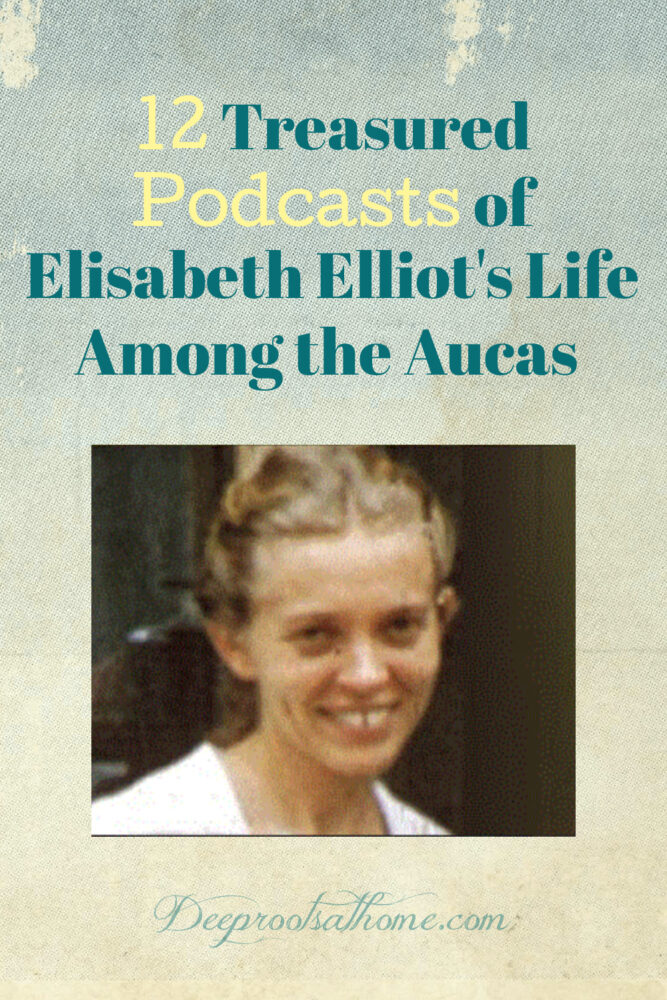