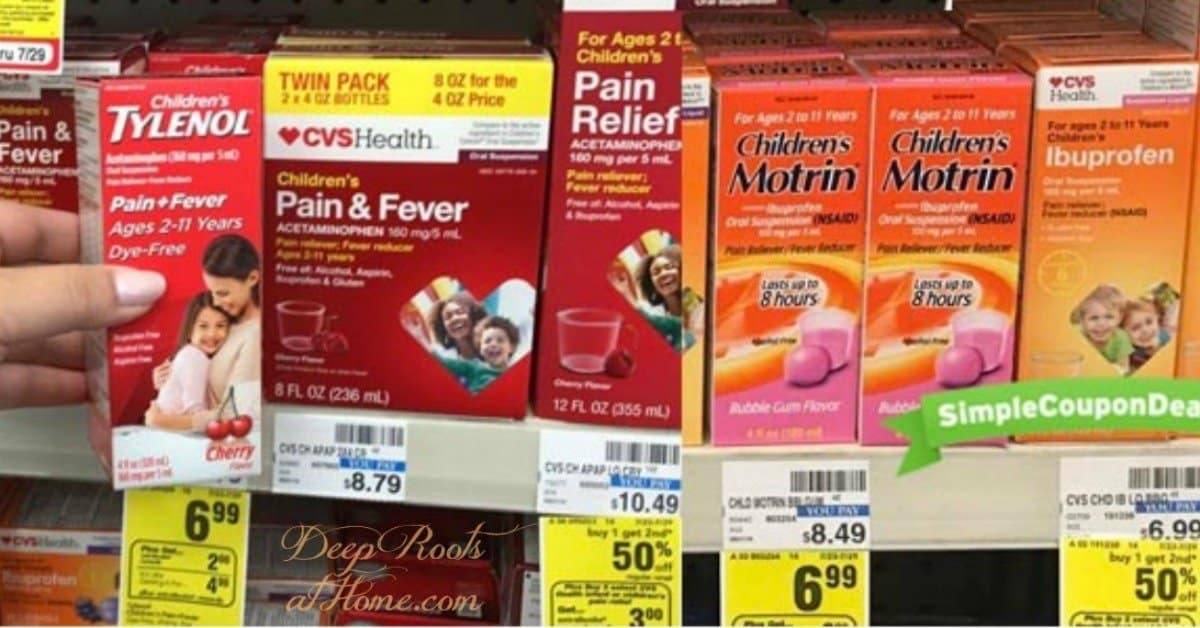 After reading Dr. Erica Krumbeck’s post “Just say “NO” to Tylenol (Acetaminophen linked to autism?)“, I feel I need to share this with you.

In published research, compelling evidence is shown that acetaminophen (does not cause autism) but increases the incidence of autism, attention deficit with hyperactivity and asthma in genetically and/or metabolically susceptible children.

Tragically, we don’t often know who those susceptible children are until they suffer damage!

Acetaminophen is sold as Tylenol or Paracetamol. In other countries you may see Panadol or Calpol.

In the US, acetaminophen is sold over-the-counter, in spite of the fact that it results in death for hundreds of Americans each year.

The study compares autism rates in the US with Cuba, where acetaminophen is not widely used.  Autism in the United States is 298% higher than in Cuba.

It all starts with Glutathione

Oxidation happens in the body when cells make energy – which is all the time – especially your brain and liver which never stop working. Harmful unstable molecules called “free radicals” are created as a byproduct. Free radicals are “bad” because they can damage cell DNA, potentially causing permanent mutations. The body uses antioxidants to “scavenge” free radicals, neutralizing them so they can’t damage the DNA or any other part of the cell.

Glutathione is the body’s most important self-made antioxidant.

Glutathione can absorb the impact of many of the normal free radicals, but when the body takes a large oxidative “hit” (like ingredients in vaccines and other constant environmental toxins added together) it causes the depletion of active glutathione. You might say it is all used up – there is not enough to go around cleaning up. The result is lots and lots and lots of oxidative damage – especially in the liver and the brain.

Glutathione is especially important because it is highly active in the brain, unlike most other antioxidants. Imagine what would happen if you deplete glutathione in the brain.  You end up with oxidative damage, inflammation and sometimes permanent brain injury. (source)

And is there a pharmaceutical known for depleting glutathione?

A number of scientists (including prestigious JAMA Pediatrics) have independently published molecular mechanisms by which acetaminophen can induce inflammation [1, 2, 3, 4, 5]. The drug can profoundly alter toxin metabolism and inflammatory processes in the body. It actually makes sense that acetaminophen causes brain damage in some children.

Acetaminophen is the last remaining drug in a particular class of relatively toxic drugs that is derived from coal tar. It is the only drug left in its class not discontinued because of toxicity. It was already known to be associated with the development of asthma in children [6, 7]. Oddly enough, it was not known if acetaminophen actually worked to alleviate fever in children [8]. (source)

Dr. Erica Krumbeck explains this way better than I could:

It makes a lot of sense, actually, given what we know about oxidative damage in the brain. Many children with ASD have poor transsulfuration and methylation – they can’t make glutathione and even worse, they can’t activate many neurotransmitters in the brain. Remember that glutathione is one of few compounds that can cross the blood-brain barrier which makes it extremely important in the prevention of neurological disorders.

I believe that developing ASD is a combination of genes and environmental insult – basically you must be genetically predisposed and then be exposed to a multitude of things that deplete glutathione. (source)

A very large study in Norway published in JAMA Pediatrics showed that the use of acetaminophen by mothers during pregnancy was associated with developmental problems in children at three years of age. Children had problems with their emotions, aggression, attention, and gross motor skills. So far, ibuprofen use is not associated with these problems.

A 2008 study led by Stephen Schultz, University of California at San Diego, found that children given acetaminophen after vaccination against measles, mumps, and rubella developed autism eight times as often as children given ibuprofen.

Acetaminophen’s maker Johnson & Johnson periodically comes under fire for the drug’s small therapeutic index – that is, the difference between an effective dose and a dangerous dose is quite small. So interest in investigating the drug persists.

Do not give acetaminophen before or after your child’s vaccinations.

Be aware: avoid pain-relievers whenever possible. Don’t assume your baby’s crankiness is due to pain – try other remedies to soothe him/her first and use the drugs as a last resort.

Dr. Krumbeck likes to use 1/2-1 ml of Lemon Balm Glycerite or Lemon Balm Extract first – it is a very mild calming herb that is incredibly safe.

And a calm, soothing mother is worth her weight in gold at a time like this.

In Dr. Krumbeck’s practice she also uses liposomal glutathione for children who are at risk for autistic disorders (poor methylators).  The liposomal form allows glutathione to be absorbed quickly in the intestines before it can be broken down (most glutathione supplements are not well absorbed because of the rapid breakdown).

The active ingredient in Tylenol, acetaminophen, is found in more than 600 drugs, including many over-the-counter medications targeted at children (Infants’ Tylenol, Children’s Mucinex, and Little Remedies for Fevers), as well as NyQuil and Alka-Seltzer Plus.

Will the FDA finally act to take popular acetaminophen drugs off the market, or are market forces so strong as to prevail, even in the face of such overwhelming evidence?

And if you do vaccinate, ask for the ingredients paper accompanying the vaccine bottle….and see what is in it….check for yourself. If you still feel you must vaccinate or live in a state/country where you are mandated to vaccinate, ask your doctor to do a delayed schedule. If he or she will not, look for one who will. 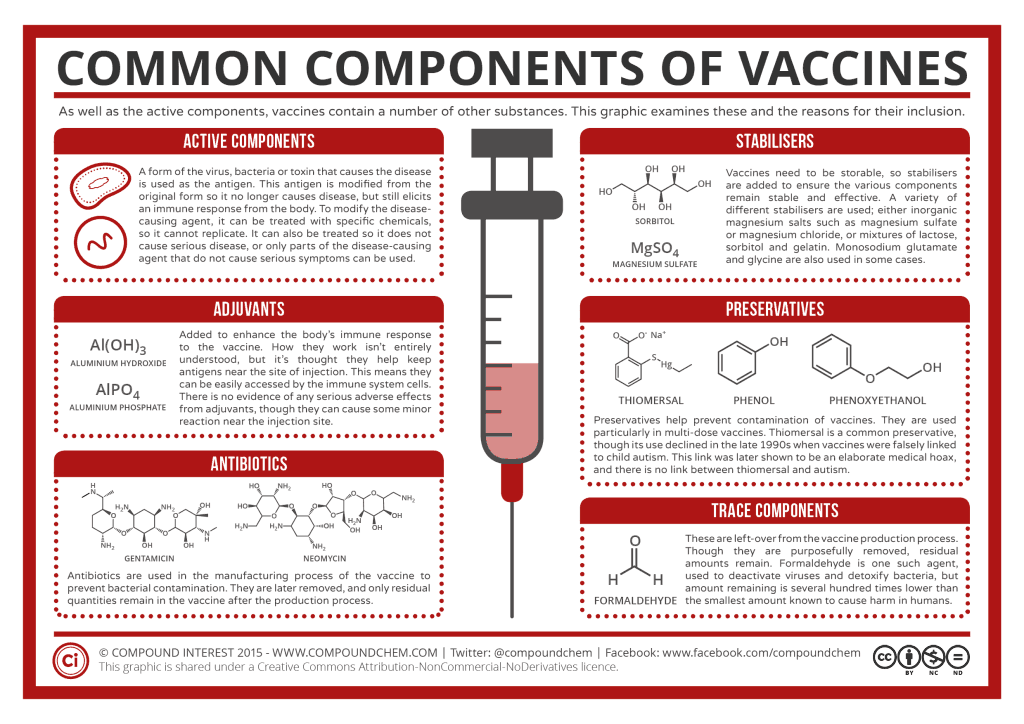 FACT: Besides Tylenol, Aluminum also impairs glutathione (GSH) synthesis and hinders the mechanism for replenishment as seen (below) in this study.

[And for the record, what you have read does not let vaccines off the hook one bit, because they contain brain-damaging aluminum, unavoidable bacteriophage, as well as the viruses and contaminants that can cause significant injury (see full list) to a child or adult.

These injuries include brain swelling and permanent brain injury, seizures and convulsions, and even death. Since 1988 well over 3 billion dollars in compensation has been paid by the federal government to vaccine victims. ]