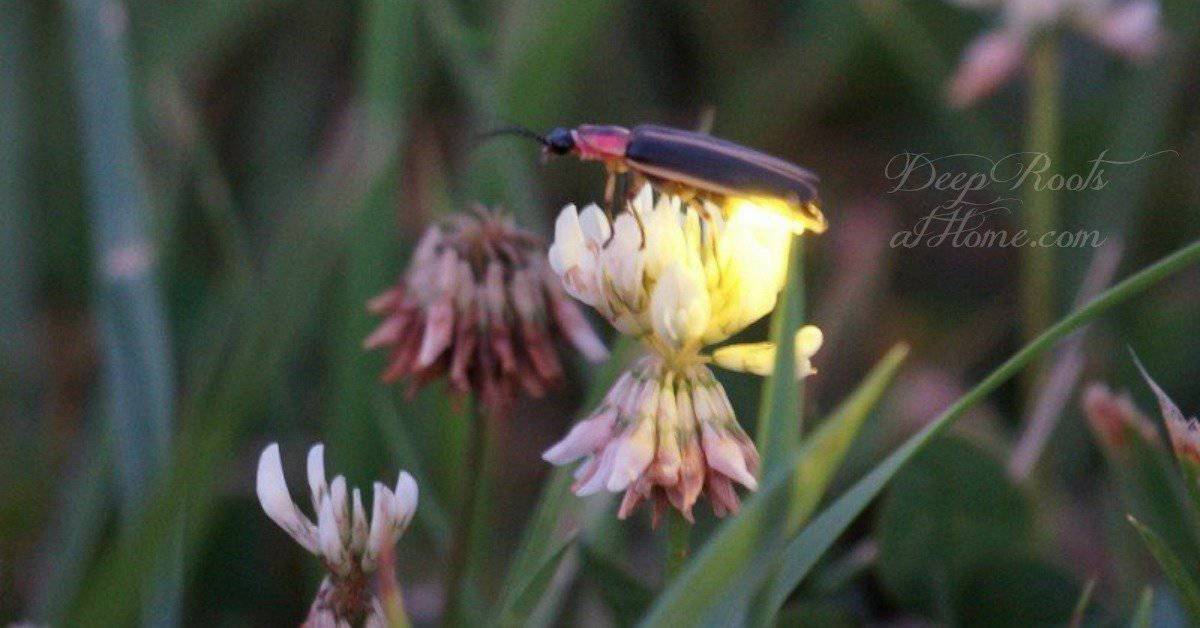 For centuries, the beauty of fireflies has evoked much wonder and delight.

Fireflies (also known as lightning bugs!) live in the rolling highlands of New England and the foothills of the Great Smoky Mountains, the rainforests of Malaysia and the mountainous forests of Japan. Oddly, no species of fireflies that light up are found west of Kansas. Nobody is sure why.

During a quiet night in rural Japan, photographer Tsuneaki Hiramatsu discovered a wooded grove aglow, washed in a golden light. Upon closer inspection, Hiramatsu saw thousands of fireflies illuminating the grasses and the trees beyond. Happily for us, Hiramatsu had his Nikon along and captured the fireflies in all their natural glory.

To make his images where you see fantastic numbers of small firefly lights, Hiramatsu used time-lapse photography, taking several continuous exposures and then combining those exposures in post-production. 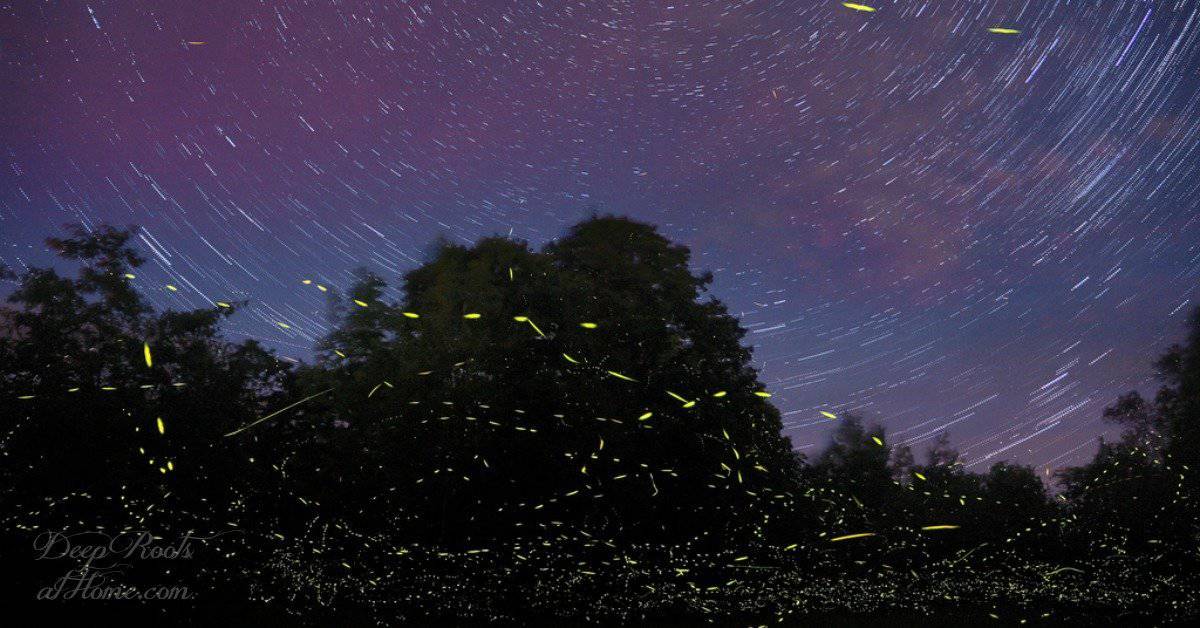 These unassuming insects are winged beetles, not flies. Firefly larvae produce light and are sometimes called glowworms. Locally, we call them lightning bugs for their conspicuous use of flashing light during twilight to attract mates or prey.

When you’ll begin to see fireflies in your backyard is somewhat of a mystery, and it changes from year to year. Lightning bugs like it warm and muggy, unlike us humans.  A very warm spring can fool fireflies into thinking it’s later in the season than it really is, and so they emerge sooner.

Wet springs also lead to earlier firefly flash displays—likely because firefly larvae feed on snails, slugs, and pill bugs which are brought out by rains. Droughts and heatwaves stress firefly eggs and larvae, causing them to die off before they’ve had a chance to emerge. (source Farmer’s Almanac)

Farmer’s Almanac also tells us, “Weather not only plays a role in how soon you’ll see lightning bug flashes but how many flashes too. On warm and humid evenings, lightning bugs can light up a field as if it were a Christmas tree! But on cooler nights when air temperatures take a dip into the 50s, don’t be surprised if you wait a minute or longer to see a single flash. Why is this? Fireflies, like most insects, are cold-blooded (meaning they depend on heat from their surrounding environment to help them function), so their activity peaks when temperatures rise and slows when temperatures drop.”

Fireflies produce a “cold light” – the most efficient light ever made. Almost 100% of the energy in that chemical reaction is emitted as light. In comparison, an incandescent light bulb only emits 10 percent of its energy as light, the rest is lost as heat.

Maybe your family is planning a trip to the Great Smoky Mountains to view this year’s synchronous firefly display. It’s the largest population of synchronous fireflies in the Western Hemisphere, and begins May 30th.

This is one of the rarest phenomena on earth. Many people from all over the world travel every year during summer to The Smoky Mountain National Park in Tennessee to witness thousands of Synchronous Fireflies.

You Can Make Your Yard More Firefly-Friendly

Do you have fireflies in your yard or neighborhood? You might have just a few or maybe hundreds. But, maybe none at all.

If they aren’t thriving, here are some simple things that will help make any yard a healthy habitat to local fireflies.

Helping the firefly is great, but let’s keep our lawns and play areas free of toxic chemicals because the Most Precious of our gifts are our children… not to mention our own health!

Studies show that hazardous lawn chemicals are drifting into our homes where they contaminate indoor air and surfaces, exposing children at levels ten times higher than pre-application levels. Of 30 commonly used lawn pesticides, 16 are linked with cancer or carcinogenicity, 12 are linked with birth defects, 21 with reproductive effects, 25 with liver or kidney damage, 14 with neurotoxicity, and 17 with disruption of the endocrine (hormonal) system. The most likely cause of these chemicals making it indoors is activity level of pets and wearing shoes inside. (source) 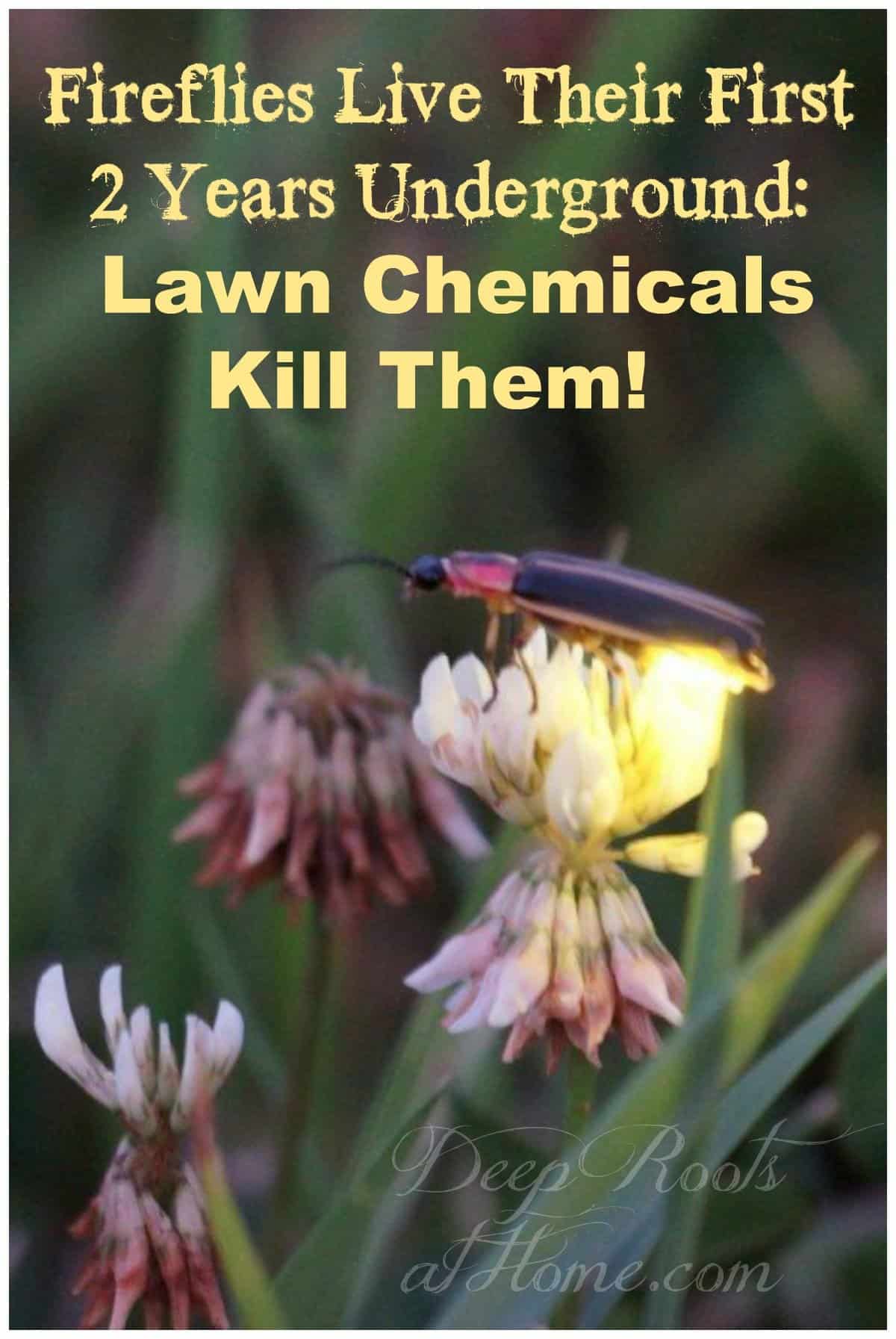