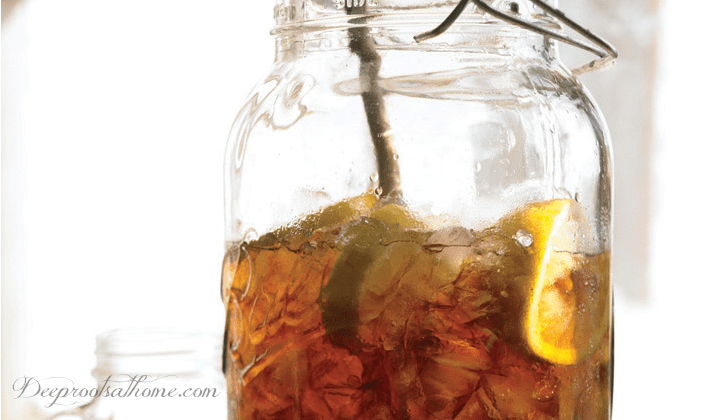 We just completed our second cutting here at Berry Hill Farm. Keeping hydrated is a priority, and I was reminded that Ma Ingalls made them ginger-water also known as ‘switchel’.

In many rural parts of the country during summer, haytime is Switchel time. The homemade recipes likely varied with what the farm women had on hand, but the goal was the same…to get keep the hard-working men well-hydrated to get the hay in. The hay was vital to feed their animals during the winters when grass was not available.

Switchel may well have been the first form of ‘Gatorade’. 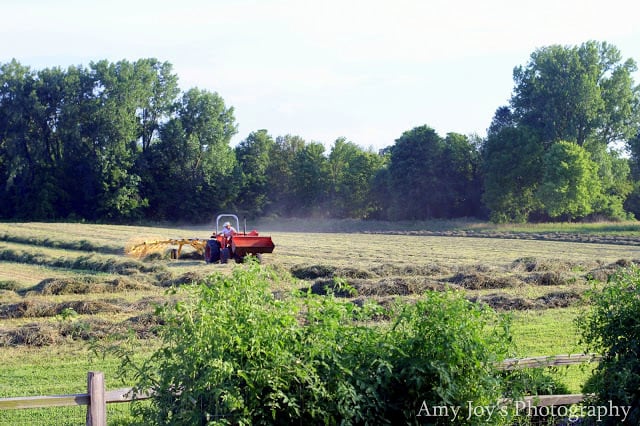 Ma Ingalls Made It

Nothing was ever so good as that cool wetness going down her throat.  At the taste of it she stopped in surprise and Carrie clapped her hands and cried out, laughing, “don’t tell, Laura, don’t tell till Pa tastes it!”

Ma had sent them ginger-water.  She had sweetened the cool well-water with sugar, flavored it with vinegar, and put in plenty of ginger to warm their stomachs so they could drink till they were not thirsty.  Ginger-water would not make them sick, as plain cold water would when they were so hot.  Such a treat made that ordinary day into a special day, the first day that Laura helped in the haying. ~The Long Winter by Laura Ingalls Wilder

When your body is really working hard, is hot and dripping sweat with the sun is beating down, it craves nothing more than a deep, cool drink of real water. Adding a natural unrefined sweetener, electrolytes, vitamins, and minerals can reverse dehydration on a cellular level and supply just what is needed to keep you going strong. Not much is more restorative and well-received, except for maybe cold watermelon!

This haytime, I decided to make switchel with black strap molasses, similar to My Version of Good Girl Moonshine. The molasses makes it a lovely rich mahogany color but also is a great source of iron. 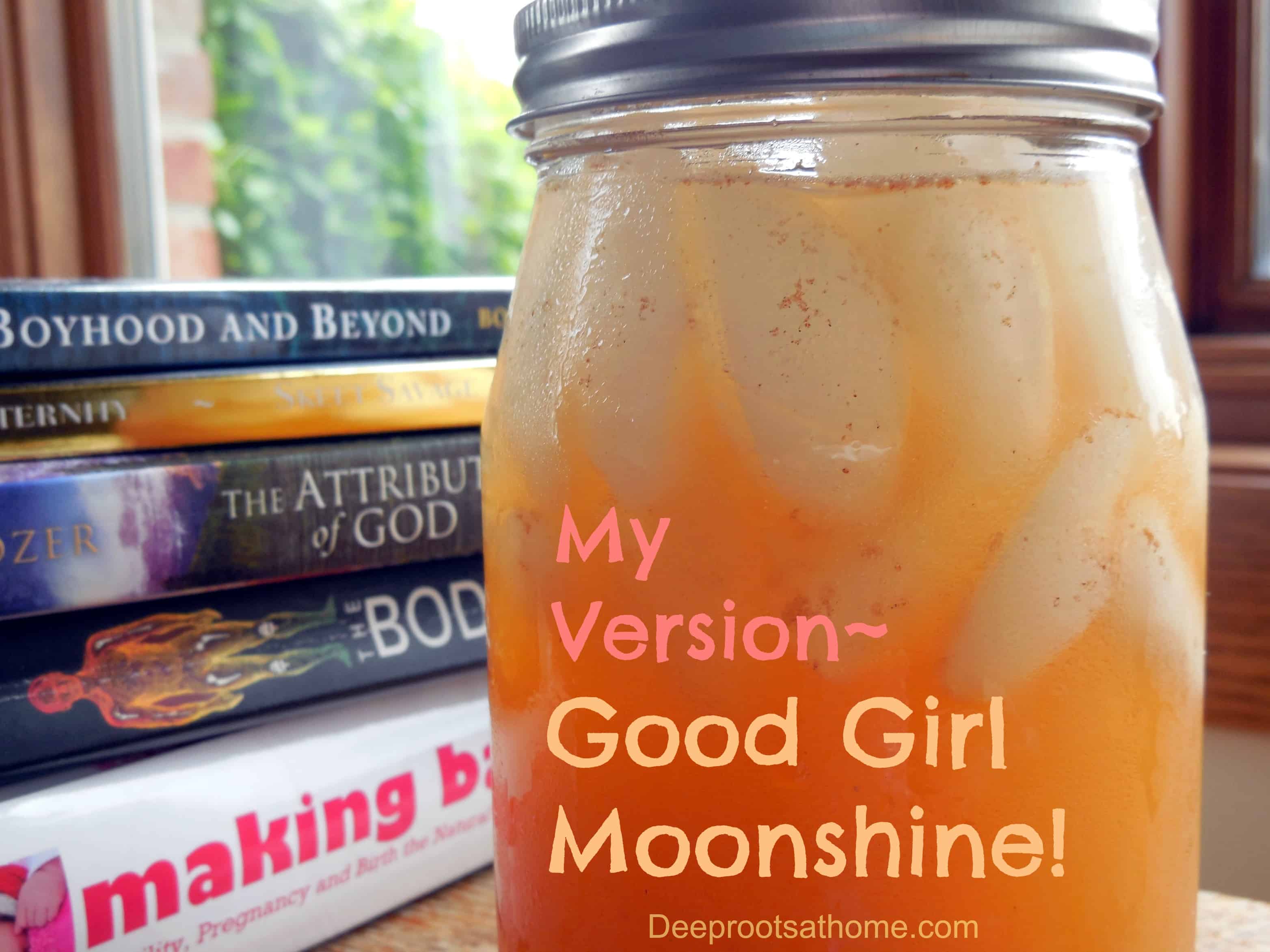 According to Wikipedia, switchel came to the colonies by way of the Caribbean.  It was a very popular summertime drink, and by the 19th century it was known as haymaker’s punch because of its frequent use during hay harvest.

The sweetener Laura wrote about her Ma using was ‘sugar’, but she does not mention if it was brown or white. Switchel can also be sweetened with honey, molasses, or even maple syrup for a healthier alternative.

Add all the ingredients except the water to a quart jar, cap tightly, and shake to mix thoroughly.

Top up with cold water and serve.

Enjoy a glass yourself; your body will love what it does for you as you serve and bless your family with the work of your hands!

Double or Triple It!

By doubling and tripling the recipe it’s an easy-to-make replacement for expensive, mass-produced, and worrisome commercial ‘energy drinks’, the worst of which are linked to deaths and permanent disability.

Keep it simple and safe, staying cool and hydrated with real food and water.

“The LORD will open to you his good treasury, the heavens, to give the rain to your land in its season and to bless all the work of your hands.”
~Deuteronomy 28: 12 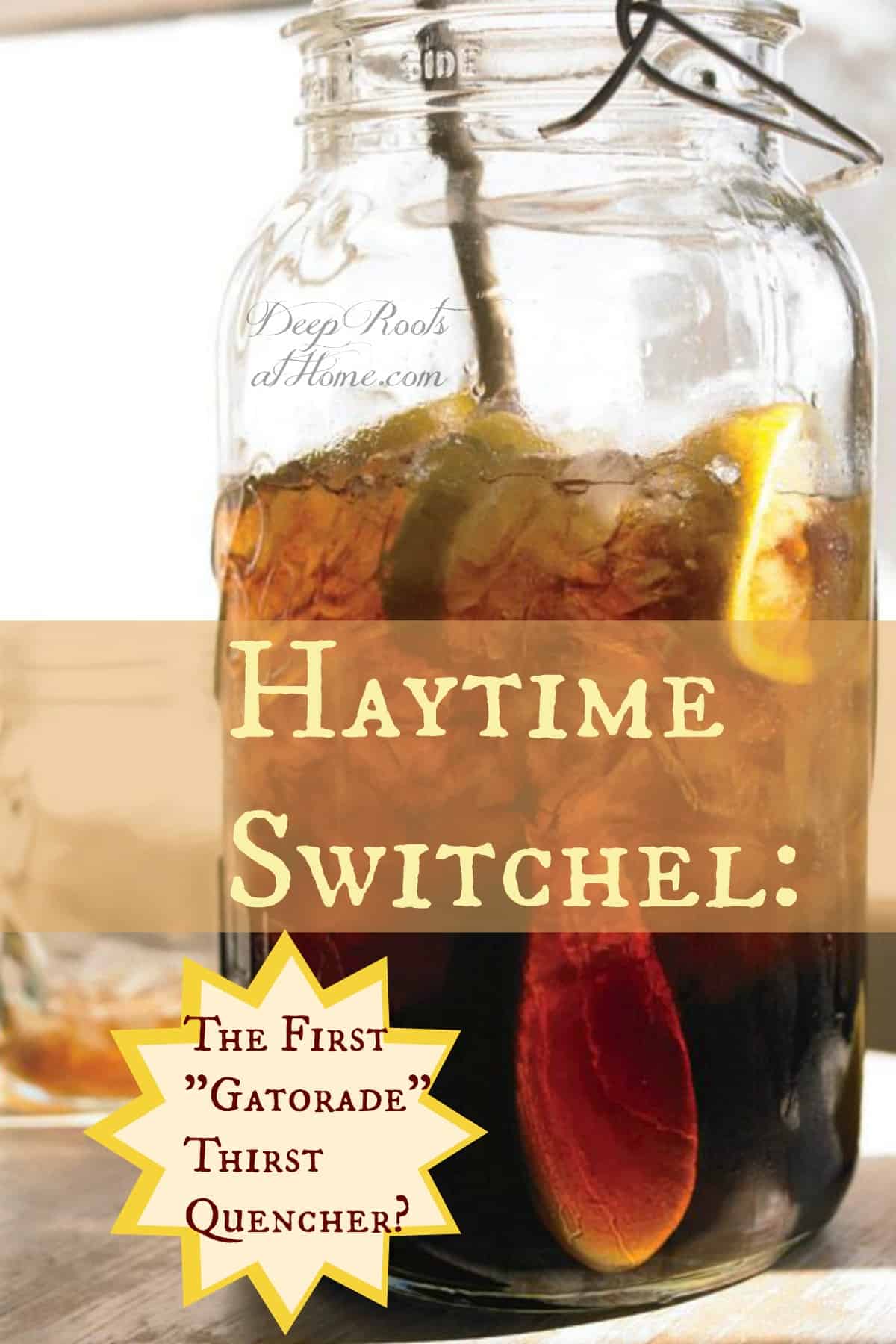