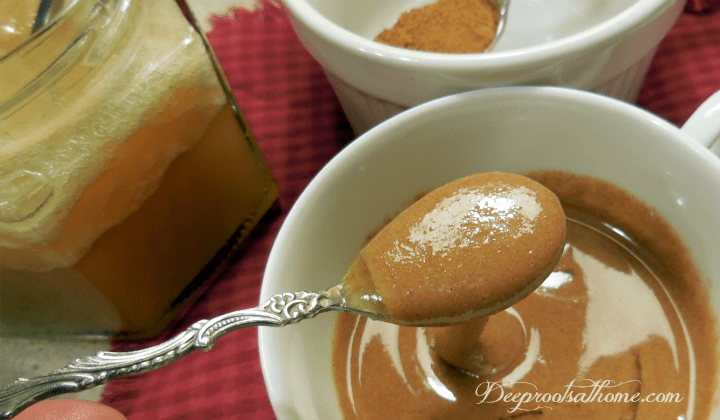 People of many cultures have been using honey and cinnamon to treat disease for centuries.

Folk wisdom still retains knowledge of the healing properties of both raw honey and cinnamon. Both are great alone, but mixing them together increases their power exponentially.

Cinnamon is one of the oldest spices known to mankind, and honey’s popularity has continued throughout all of history. While excavating Egypt’s famous pyramids, archaeologists have found pots of honey in an ancient tomb. The honey, dating back approximately 3,000 years, is the world’s oldest sample – and still perfectly edible according to National Geographic.

Cinnamon’s essential oils and honey’s enzyme that produces cleansing, purifying hydrogen peroxide qualify the two “anti-microbial” foods with the ability to help stop the growth of bacteria as well as fungi. 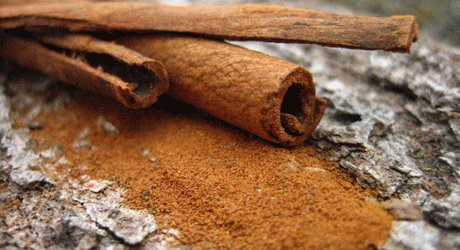 This simple mixture has worked well for us, and if we have a cough, we add my No Side-Effect Cough Remedy.

Keeping these two powerhouses on hand in my home-remedy medicine chest is a time saver. I also consider both raw honey and cinnamon to be in the top 10 on my list of preparedness musts.

Obviously, mixing them up is nothing complex; a child could do it in a pinch.

Honey and Cinnamon: A Powerful Duo

If you are diabetic, first read below on the different types (1 or 2) and how it may affect you.

Ingredients and Directions to take:

Mix together and take two times a day for  3 days for best results. Both honey and cinnamon are anti-bacterial, anti-viral, and anti-fungal.

This amazing combo will usually knock out a cold within a day or two, no joke!

Cinnamon and Honey for Diabetes???

Cinnamon has an insulin-boosting property (water soluble compounds called polyphenol type A polymers) which have the ability to boost insulin activity about 20 fold and can benefit people who have high sugar levels (obese people, pre-diabetics and diabetics. (Journal of Diabetes Science and Technology, 2010 May; 4(3): 685–693).

Also, read the honey hibernation diet theory to find out how honey contributes to the metabolizing of undesirable cholesterol and fatty acid, provides a fueling mechanism for the body, keep blood sugar levels balanced, and let our recovery hormones get on with burning body fat stores.

The combination of raw honey and cinnamon can be especially beneficial to healthy blood sugar management, as well as many other health concerns like gingivitis and acne.

Dr. Axe states, “Recent studies published out of the journals Nutrition Research and Pharmacognosy Research suggest that up to 1,500 mg of cinnamon supplementation benefits the lipid profile, liver enzymes, insulin resistance, and high-sensitivity C-reactive protein in diabetics and people with nonalcoholic fatty liver disease patients (the #1 cause of liver disease in the world).”

According to a study out of Dubai, honey has been observed to cause a lower elevation of plasma glucose levels in diabetics compared to dextrose and sucrose. Some suggest that the insulin boosting power of cinnamon can counteract this glucose elevation in honey, which would make your honey and cinnamon mixture a low glycemic index food!

Try consuming a little at a time and see how your blood sugar reacts to it.

Warning for those who are insulin dependant (Type 1):

There are different types of diabetes.

Other Benefits of honey and cinnamon according to NaturalNews.com:

Warning: do not give this to infants under the age of one year.

Coffee-lovers – consider adding cinnamon and honey to your brew and then drink a big glass of water! Coffee is very dehydrating, but I digress…maybe I’ll talk about that in another post 🙂

Remember local honey is best because you get local pollen content, and that will help you fight things you are allergic to in your area.

We personally use only raw, local honey. 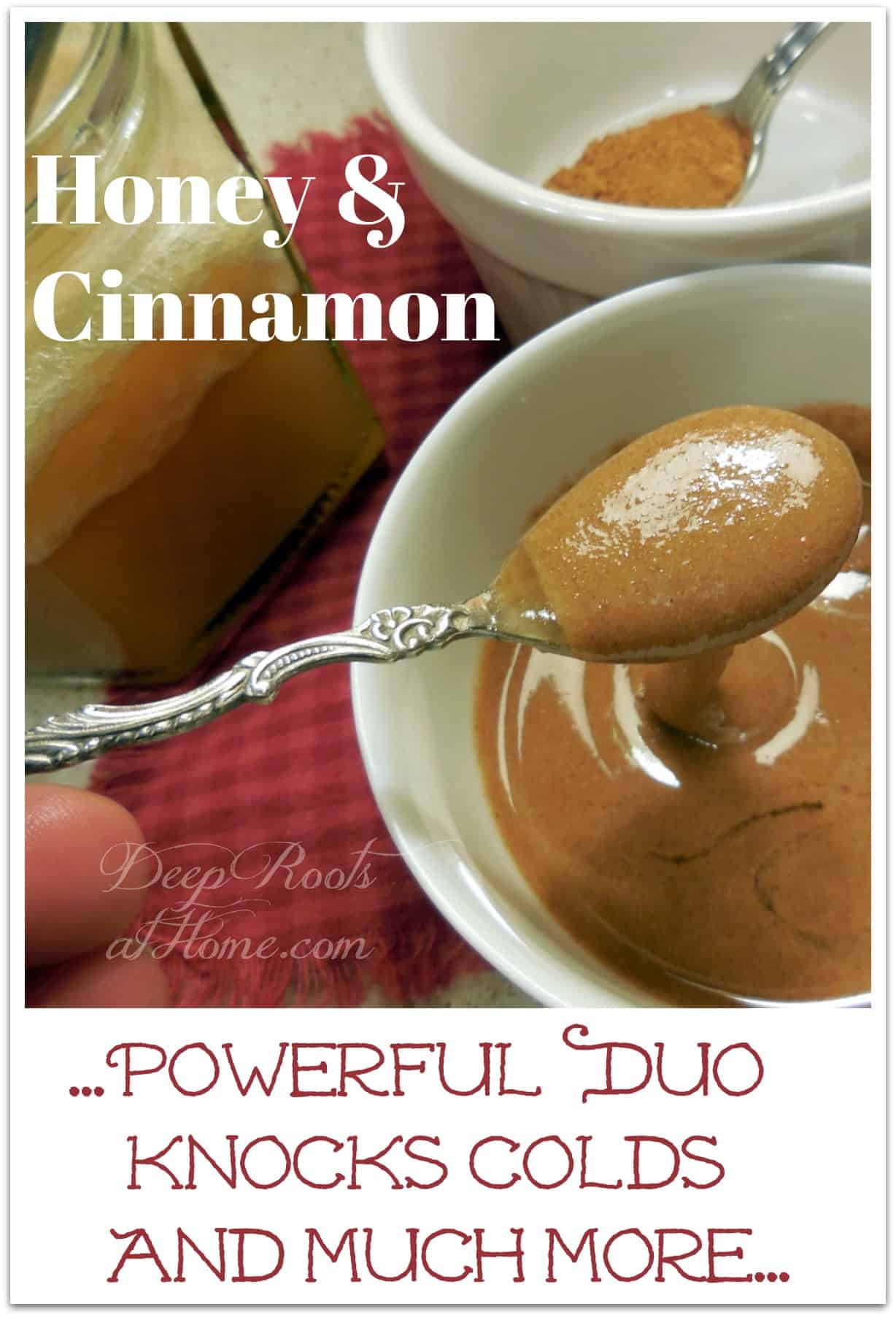