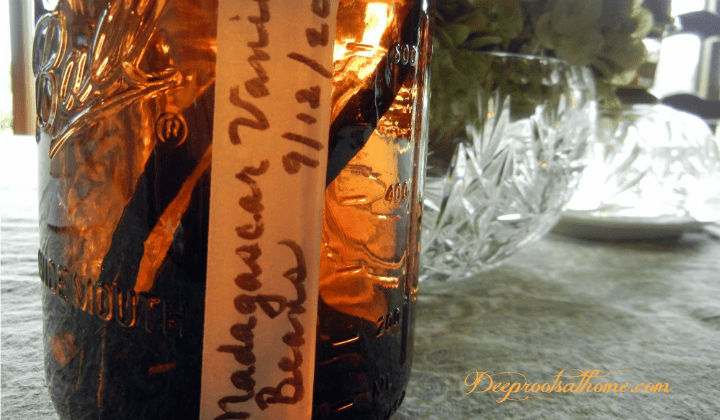 A number of us girls went together this year to buy vanilla beans to make homemade vanilla extract in time for holiday baking.

We placed quite a large group order on Amazon

and got a better price per vanilla bean because of volume. We allowed plenty of time for shipping, etc., because it takes 6-8 weeks to steep.

But why would anyone want to make their own vanilla extract instead of just buy it?

Net me! It’s because you will never run out of vanilla again!

And because it’s economical.

Experts (and I) say that the beans can be used over again many times – perpetually by adding more vodka and an occasional bean or two.

Most brands of vanilla extract have mostly sugar, flavor, and water added. We tried a popular Trader Joe’s alcohol-free extract, but after all the glycerin and water, there wasn’t much real vanilla in it. I thought I was doing a good thing by getting the alcohol-free, but the alcohol evaporates off during baking so the finished recipe is effectively non-alcoholic anyway! 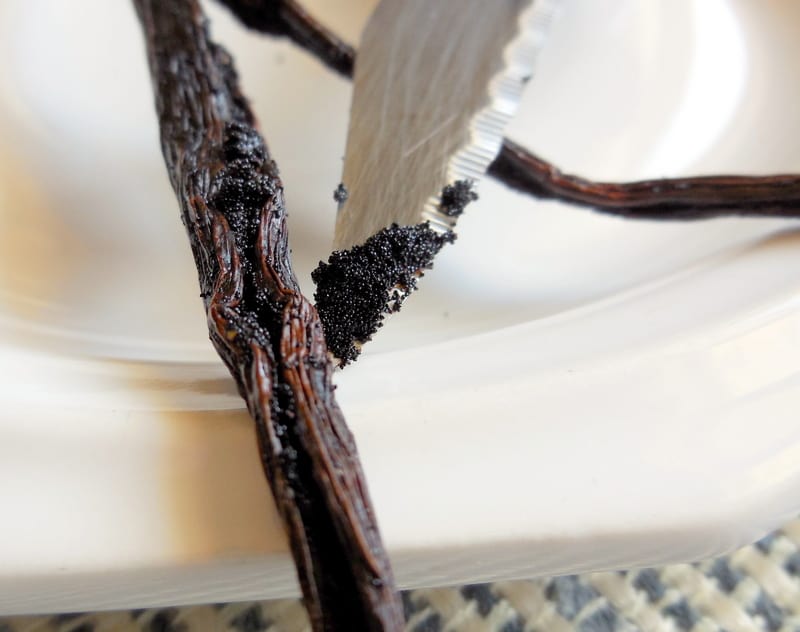 At two weeks (below), it is still light in color, but at 6 weeks it will be rich and dark.

The longer it sits, the richer it gets! Mine is ultra-dark now (Updated 2018) after 7 years. 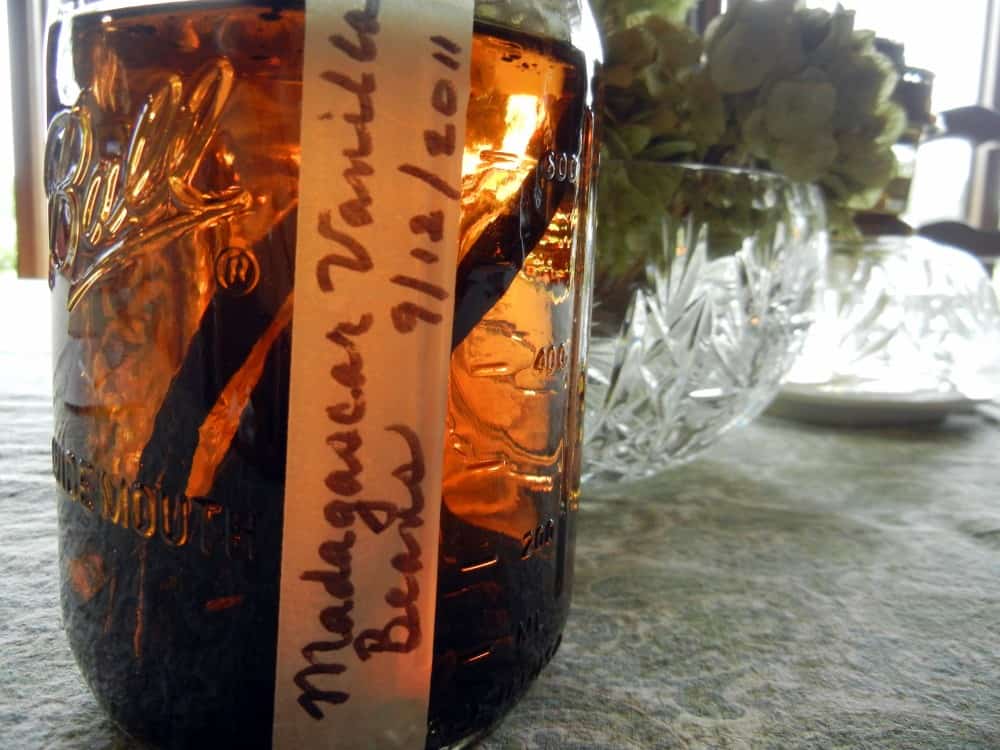 A variety of other yummy things can be done with the beans, like using them to flavor honey or coffee.

Just put a bean lengthwise down into the top of the coffee container and let the flavors absorb over several weeks.

To do honey, put a 3-4″ piece into the honey and let it sit for several weeks; stir. Keep the ‘used’ piece of bean to use again.

We also enjoy making vanilla sugar and giving it as gifts of to use for special baking projects. 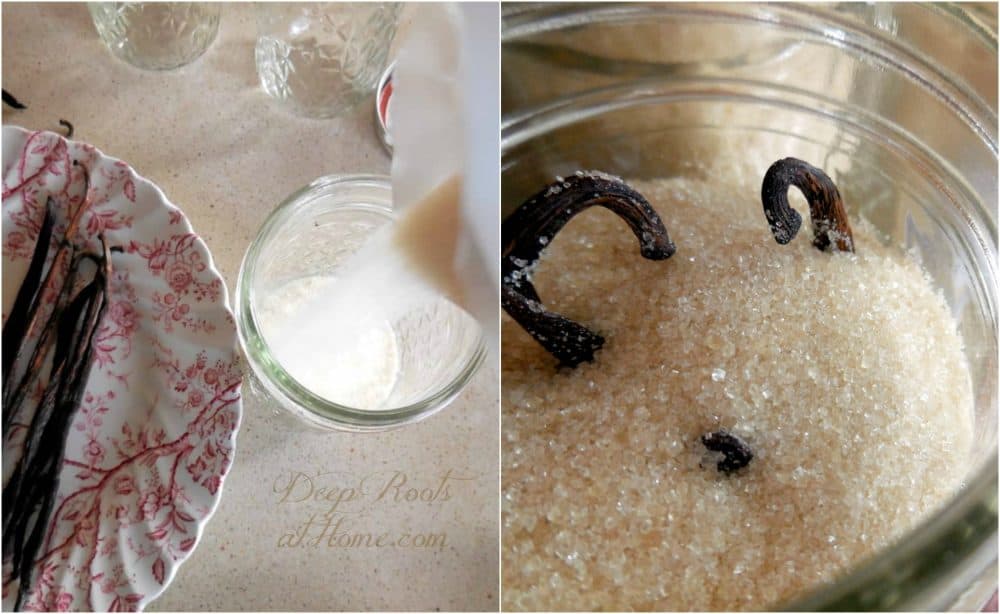 Vanilla is the fruit of an orchid plant, which grows in the form of a bean pod. Each individual flower has to to be pollinated by hand.

It is by far the most time consuming spice grown. Vanilla orchids are grown in tropical climates such as Mexico, Indonesia, Tahiti, and Madagascar.

The ‘flavors’ industry has capitalized in imitating the flavor.

I prefer the REAL thing!

And a little cool history: Residue found in 3,600-year-old Holy Land tomb rewrites the history of vanilla! (2018) The world’s 2nd most expensive spice was thought to have been introduced 13,000 miles away and thousand of years later, until analysis of burial offerings at Canaanite tomb in Megiddo. 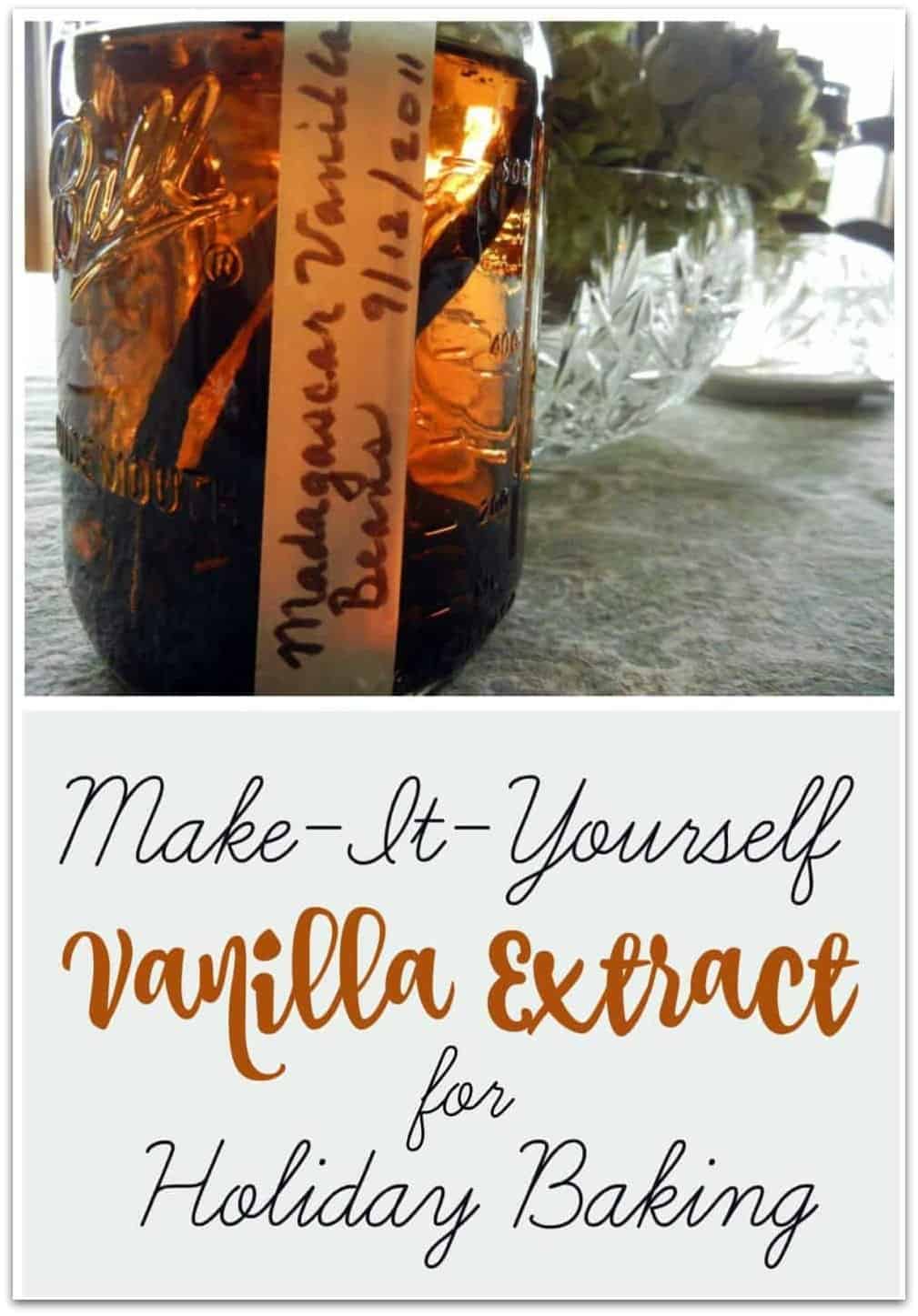