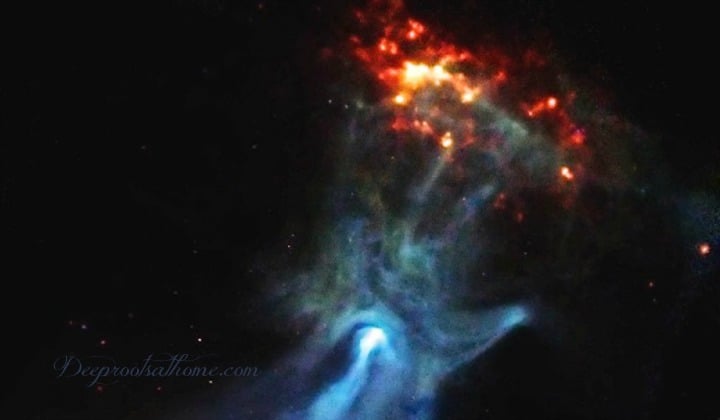 Will there be sounds there we cannot hear here on earth? Will it be like Isaiah 55:12 says, “The mountains and hills will burst into song before you, and all the trees of the field will clap their hands”?

But after reading Randy Alcorn’s eye-opening book Heaven, I envision something pretty unearthly! There are foreshadows of it all around us:

In 2016, fish were recorded singing dawn choruses off Australia’s coast, says the Independent:

“Seven fish choruses have been identified by researchers from Exeter University. Using a pair of sea-noise loggers positioned at different points in the coastal waters of Port Headland in Western Australia, scientists monitored the ocean continually for 18 months and recorded distinct choruses occurring at different times of the day, particularly at dawn and at dusk.” 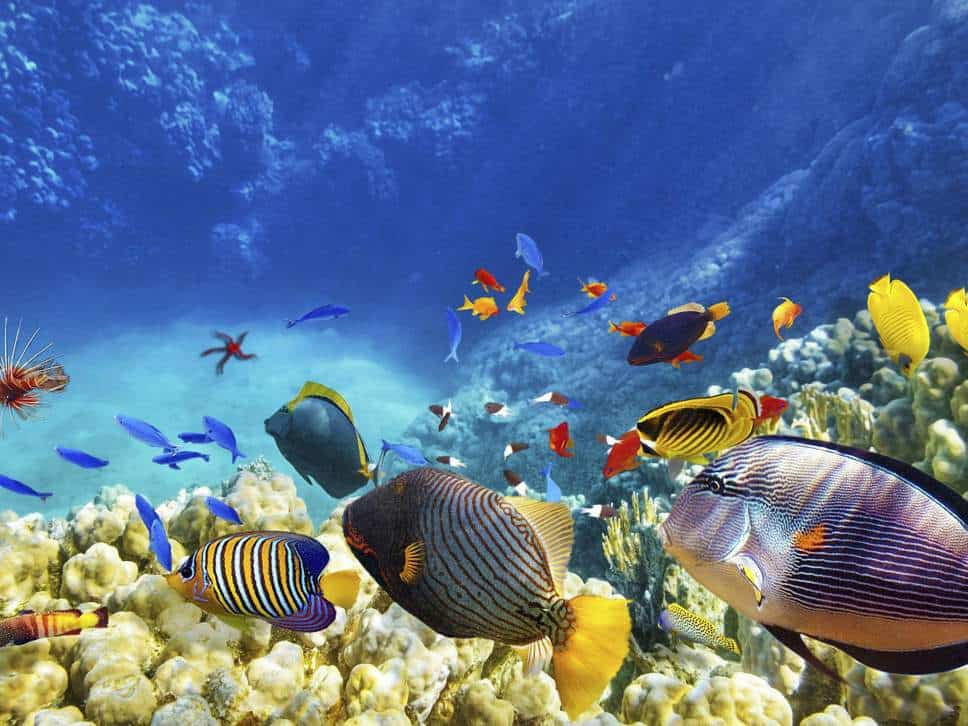 “You get the dusk and dawn choruses like you would with the birds in the forest,” Steve Simpson, a marine biologist at Exeter University.

The study, published in the journal Bioacoustics, found the majority of this submarine soundscape was emitted through repetitive solo calls from fish, however these sounds also overlapped creating the choruses.

What It Will Be

While these beautiful discoveries in the deep are mostly hidden to us now, we are told heaven will be a gloriously alive, physically real place filled with sound (Revelation 19:1).

We will hear voices of people from across the generations talking and laughing together as Christ reveals once hidden mysteries to them. (Psalm 22:27, Psalm 7:7)

There will be happy sounds of activity and playing, sounds of breeze in the trees, and the sounds of animals and water (as in a babbling brook) all intermingled with sounds of praise to our Lord… on a beautiful ‘new earth’!

“And as I knelt beside the brook To drink eternal life, I took A glance across the golden grass, And saw my dog, old Blackie, fast As she could come. She leaped the stream- Almost-and what a happy gleam Was in her eye. I knelt to drink, And knew that I was on the brink Of endless joy. And everywhere I turned and saw a wonder there. A big man running on the lawn: That’s old John Younge with both legs on. The blind can see a bird on wing, The dumb can lift their voice to sing. The diabetic eats at will, The coronary runs uphill.” ~John Piper’s Poem

Oh, to experience the wonders of what is being prepared for us!

However, as it is written: “What no eye has seen, what no ear has heard, and what no human mind has conceived” – the things God has prepared for those who love him—these are the things God has revealed to us by his Spirit.” ~1 Cor. 2: 9-10

Mashup of Stars and Whales Singing

Our oldest son had the privilege of being at the conference where pastor, speaker, and songwriter Louie Giglio spoke about the reality of Psalm 148.

He came home to tell us about being a part of that amazing weekend.

Watch! It’s quite exciting to hear this mashup as sounds from pulsars (highly magnetized rotating neutron stars) in deep space and from singing whales are blended/mixed electronically! It is a chorus!

Session “The Global God Who Gives the Great Commission” from the Desiring God Conference by John Piper’s church in Minneapolis, MN, Sept., 2011

Creation worships out loud, and we will Hear it one day!

Since God is the Creator, I find it fabulously possible that there is now a mega-symphony in heaven of stars and pulsars, weather elements, water and land animals, and one day soon the songs of many peoples will join in, gathered from the ages with different accents, all raised aloud to bring praise to Almighty God!

It is for us who love God to experience in eternity.

Psalm 148 tells us the whole earth, including the stars, is singing and saying praises to God!

And he established them for ever and ever; he fixed their bounds which cannot be passed.  Praise the LORD from the earth, you sea monsters and all deeps, fire and hail, snow and frost, stormy wind fulfilling his command!  ~from Psalm 148

“And I heard every creature in heaven and on earth and under the earth and in the sea, and all that is in them, saying, “To him who sits on the throne and to the Lamb be blessing and honor and glory and might forever and ever!” ~ Rev. 5:13

Go deeper with the booklet on commonly asked questions about heaven: 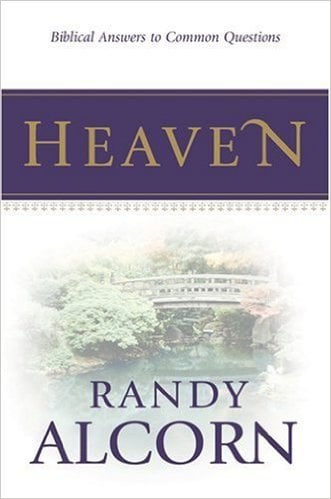 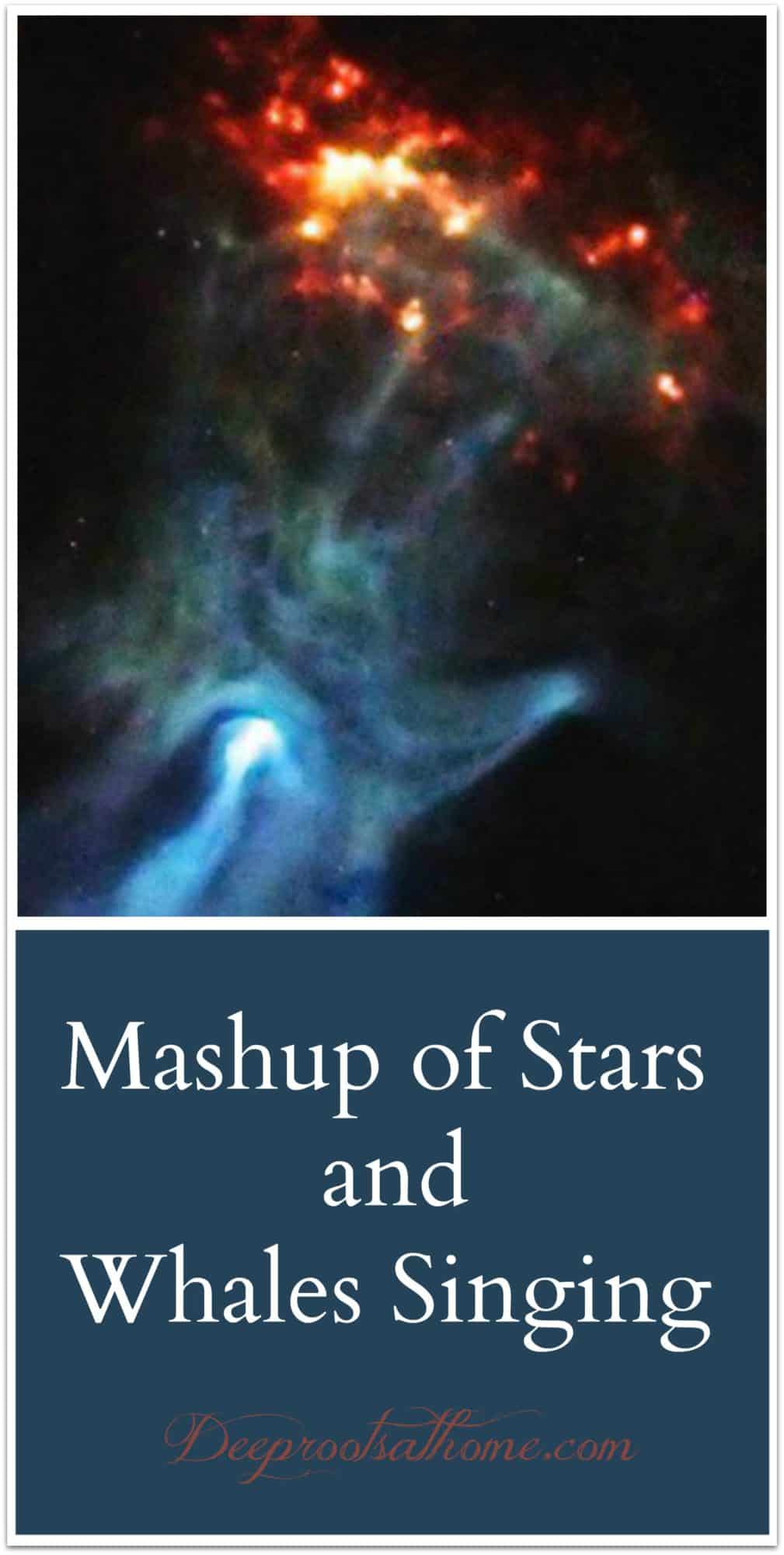