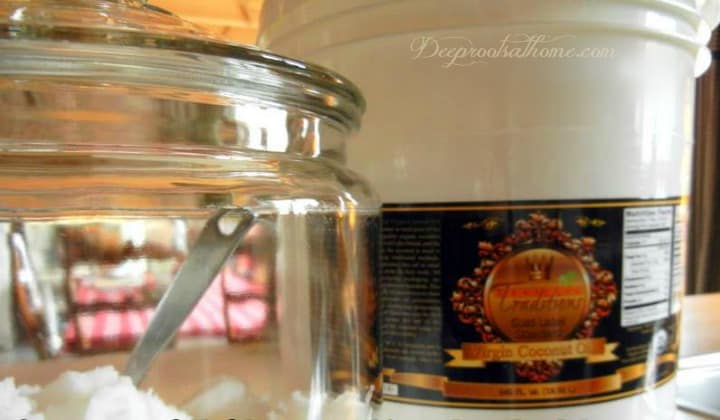 I had never heard of leaky gut before our never-vaccinate youngest son was exposed to deadly Stachybotris mold and Klebsiella (a gram negative bacteria)* at the age of almost 5. We didn’t understand what was killing our son and had to find a way to help him.

He rapidly lost weight from being unable to absorb foods properly and wailed with stomach pain. He developed a severe case of eczema from his groin to his ankles, and his jammies stuck to his legs in the morning from the seeping at night.

And worst of all, he started having behavioral problems from what the new food allergies did to him on a molecular/cellular gut/brain level.

*A mother’s nightmare: He (JP), his twin sister, and 7 year-old brother had the run of the property but were expressly forbidden to go into the neighbor’s old barn. The kids had willingly obeyed me up until that day when they were out with their dad, and while he was working on a tractor that needed a tune-up, (and maybe because they felt safer because of his nearness), they decided that day was the day to see if they could get away with going into the scary old barn! They played for several hours (unmissed by their busy dad) in the hayloft of that leaky, unstable building. There were challenging stacks of discarded, molding, green and black-covered straw bales to climb on. Apparently an abandoned raccoon or coyote lair, there was old, dried-up feces that lay around in one place making perfect flying objects to throw out the window on a windy day for active little children. The klebsiella contamination was most likely from the animal feces and fingers going into the mouth! Ohhh!!!

We needed intervention fast and visited a well-known complimentary functional medical doctor I trusted. As an RN, I had already ordered stool tests and asked her to run more. The results showed NO ‘good’ bacterial flora such as lactobacillus acidophilus…none. There was also blood in the stool meaning the stomach or small intestine, or both, was damaged and bleeding.

Our 4 year-old son in particular had a terrible overgrowth of Klebsiella, a powerful gram-negative bacteria, and serious overgrowth of candida albicans in the gut, thrush on his tongue and a very itchy bottom, ears, and skin as it was out of control. Our functional medical doctor explained that his immune system had taken a terrible hit from all the mold and the bacteria. It was able to grow unchecked, damaging the whole lining from the stomach through the small intestines. It was wreaking havoc on his ability to absorb foods and grow.

That was the first time I heard the words ‘leaky gut’.

Also he had him alternate 2 probiotics (each for a week on and off): Bio-Kult and Primal Defense. We started with 1 a day, then in 2 days increased to 1 in the AM and 1 in the PM on an empty stomach. These probiotics cover a lot of territory with good strains of healthy gut bacteria to control the candida and help kill off the Klebsiella since we decided we’d first try a non-pharmaceutical antibiotic route.

He was on these for 4 -6 months (I can’t remember) and then switched to another (like this one) to get a wider bunch of strains different from the last 2. After 4 more months we switched back to the Bio-Kult and Primal Defense.

But there’s more…way more – and it proved to be pivotal in his gut healing! When that was restored, we were on the road to having our boy back again!

What is a Leaky Gut?

The gut (mostly small intestine) is naturally permeable to very small molecules in order to absorb vital nutrients. And actually, regulating intestinal permeability is one of the basic functions of the cells that line the intestinal wall. Infections, toxins, molds, stress and age can cause tight junctions in the intestinal lining to break apart.

Once these tight junctions get broken apart by an overgrowth of a bad, out-of-control bacteria or toxin, you have a ‘leaky’ gut. When your gut is leaky, things like toxins, microbes, undigested food particles, and more can escape from your intestines and travel into your bloodstream. Your immune system marks these “foreign invaders” as pathogens and attacks them. It is an autoimmune response to protect the body.

The healthy food I fed our son began to be his enemy.

With diagnosed allergies to 64 foods, the doctor said we should stop testing. There wasn’t much more we could test for. He’d have to eat everything on a 4-day rotation in order to eat anything at all. We ended going to an 8-day rotation when he failed to thrive…and that lasted for three years! I earnestly prayed and researched day and night to find things that would help him.

For 6 years he did not grow significantly. No growth spurts.

It took us several years to realize one of the most helpful things we could use was virgin coconut oil. It was not expensive compared to the other things we did.  It is a superfood no one should be without.

If used for medicinal purposes, Coconut oil should be organic, extra virgin and cold pressed.

For severe cases like our sons, we somehow got 2-3 teaspoons (1 TBSP) coconut oil into him every day (at first off the spoon or melted in warm/hot water like coffee creamer). Later in food, and in a special smoothie just for him (like this one). It was not a battle, especially once he started to feel so much better. We knew when he tested for no blood in his stool that we were on the right track!

Another key to his eventual turnaround.

We also used cod liver oil (EVERY DAY), mega-Omega-3 fish oil, and real organic butter to help heal the gut. We rotated them like his food. Cod liver oil and a good quality fish oil are anti-inflammatory, helping to “cool” the “heat” of inflammatory leaky gut situations like his.

Coconut Oil Not Only for Leaky Gut: Also For Diabetics and Pre-Diabetics

How Do You Get It Into Your Diet?

We use it for frying all our eggs, omelets, French toast, and pancakes.

It is the base of our own amazing chocolate mixture sweetened with our own raw honey (and a bit of sea salt) to satisfy our sweet tooth healthfully.

We use it to sauté zucchini and peppers and to caramelize onions and ‘pan-fry’ potatoes and steaks.

After coconut oil helped restore our son’s G.I. tract and his immune system, we all started taking/eating it. It is wonderful for 60-year-old facial skin, too. 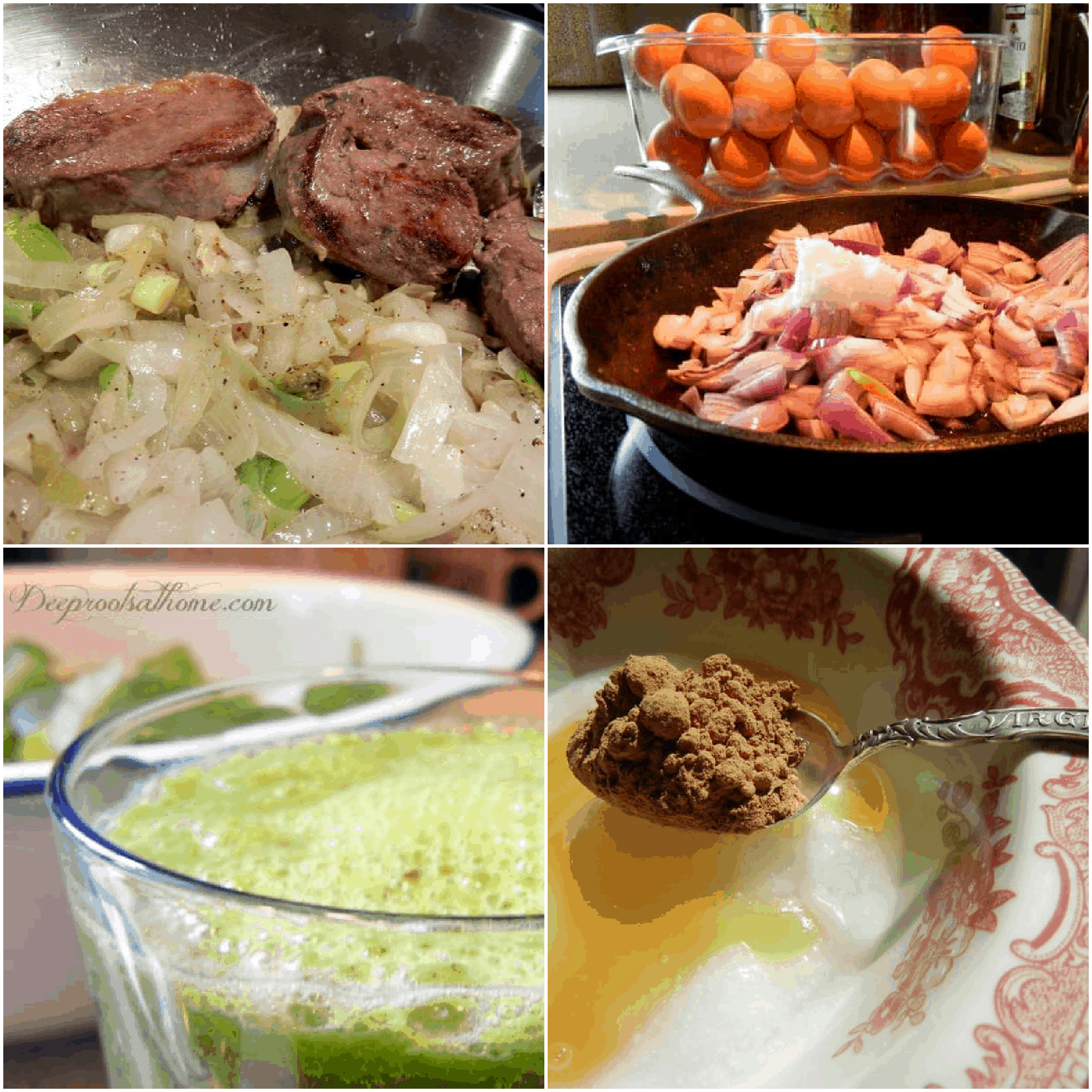 Other Causes of Chronic Damage to the Gut

Mood, sleep, language, and appetite are regulated by serotonin, 90% of which is made in the gut. When the gut is attacked, we see behavioral problems reminiscent of autism.

Often the gut is chronically damaged by:

We can remove these offenders and more from the organs, the gut, and the brain with TRS. 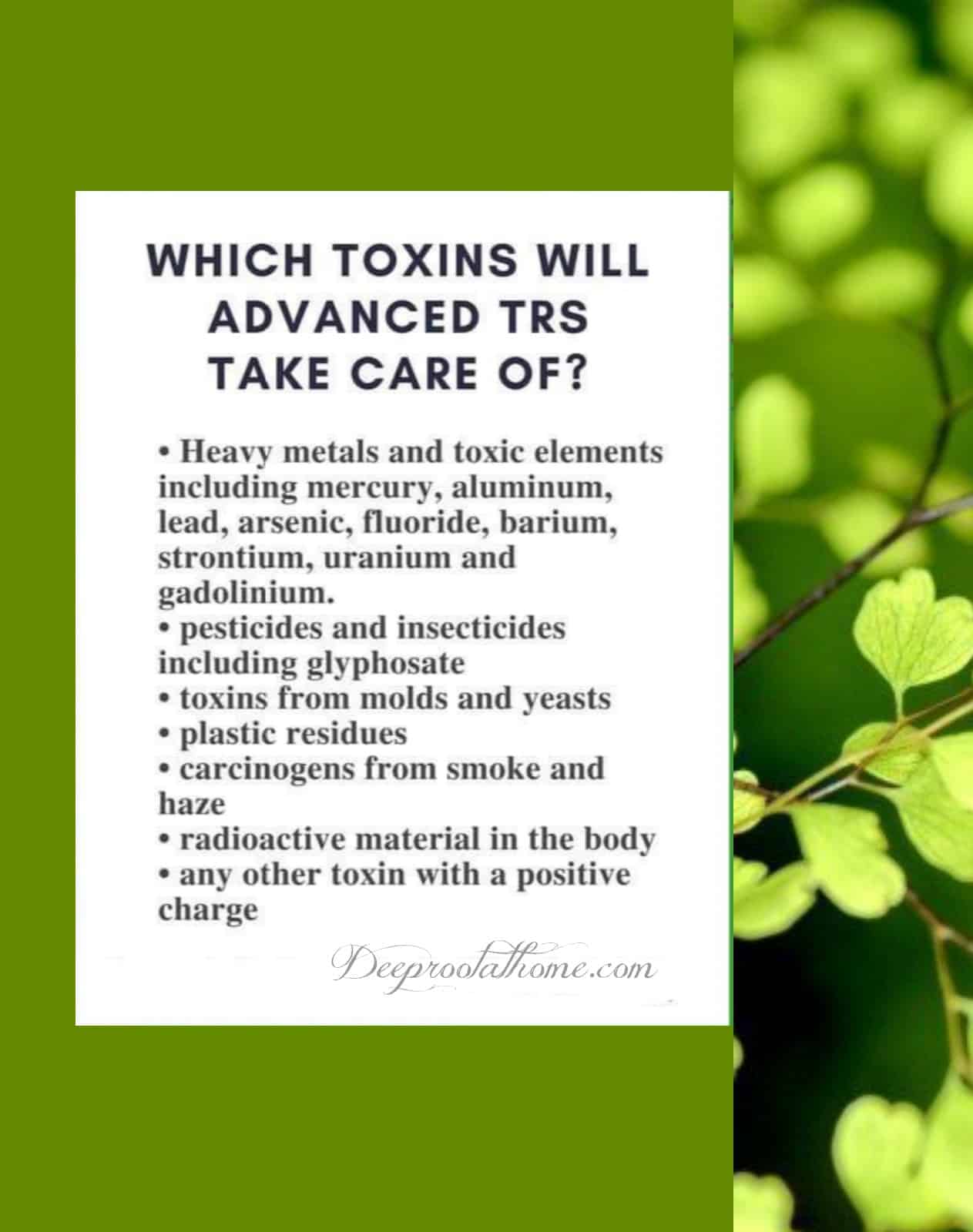 Here is my personal link to order TRS.

Thankful to be past the Leaky Gut!

We have our son back again, so I must take a moment to point to a faithful God. He answered my prayers for wisdom and understanding. I learned so much through that experience that I can now help others. He was always there even when I experienced defeat and doubt!

Today, our son is in his twenties and runs our organic farm. Once his leaky gut healed, he filled out again and grew another robust 2+ (I’ve lost track) feet to be taller than his dad and me! Thankfully the severe leaky gut pain, eczema and behavioral issues only lasted the first several years. We look back on that time as a blessing of learning and testing. We came out stronger for it.

“And those who know your name put their trust in you, for you, O LORD, have not forsaken those who seek you.”  ~Psalm 9: 10

We are told that coconut oil is BAD for us! I don’t believe it for one moment!

Virgin Coconut oil is a true treasure of God’s handiwork. We can see results in the health of out family when we use unrefined and unprocessed foods as God intended from reputable sources. You can find good quality virgin coconut oil like this one. 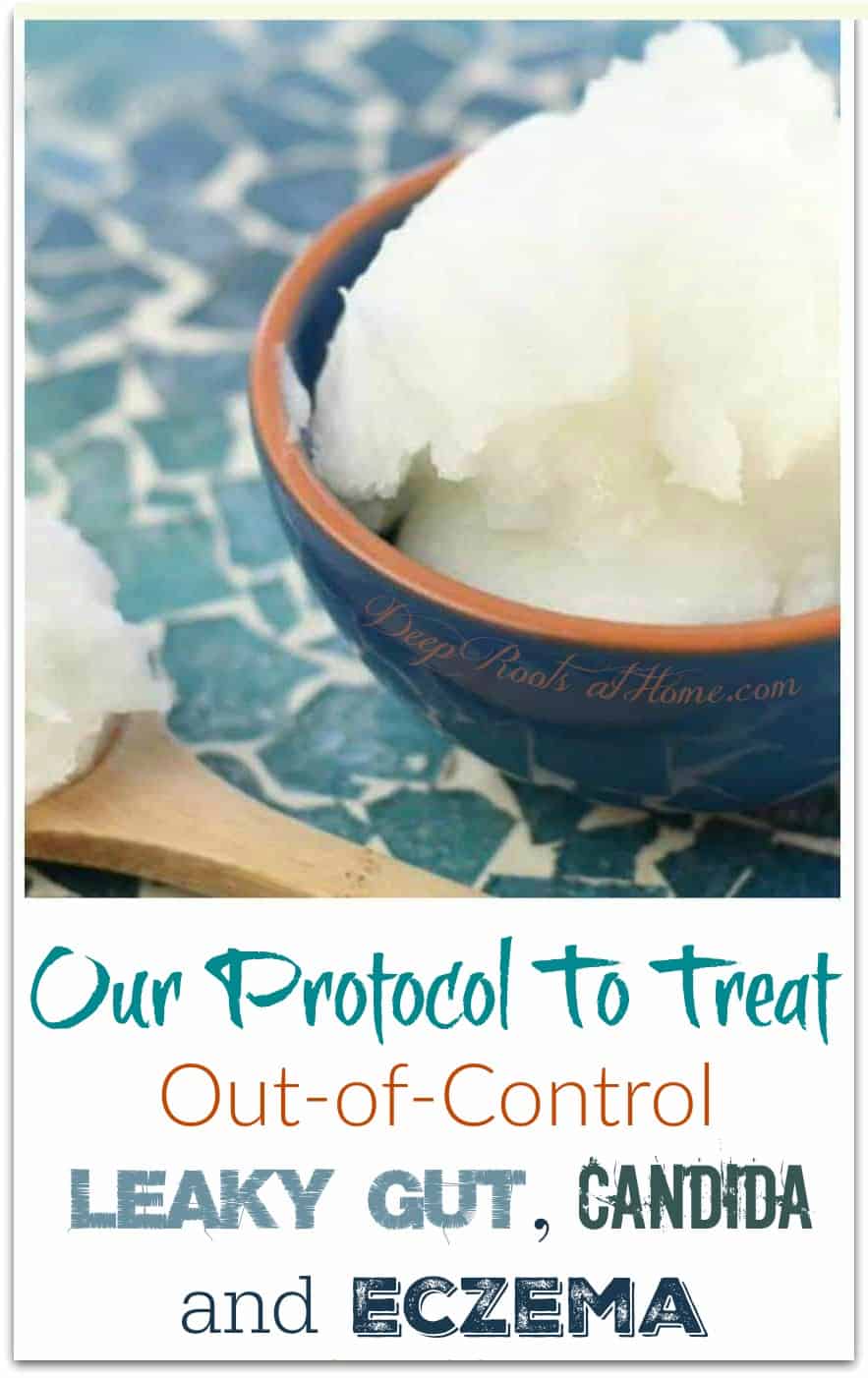