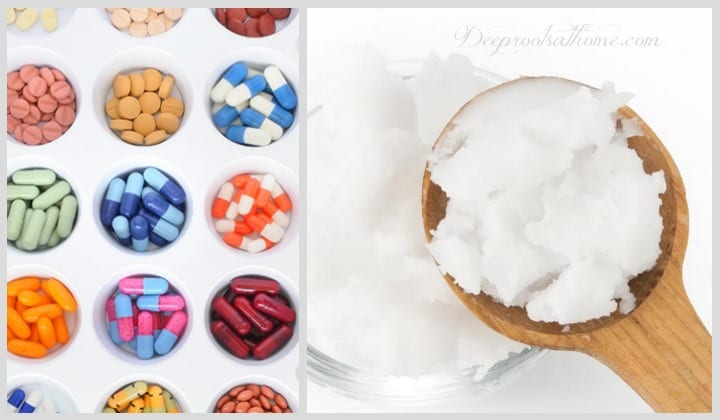 In 2012, news about coconut oil benefiting those with Alzheimer’s disease started making it into mainstream media.

That’s not terribly surprising, as big news about the failure of drugs to treat Alzheimer’s also made headlines about the same time.

Drug companies Medivation and Pfizer admitted the new drug they were developing for Alzheimer’s, dimebon, not only did not help patients in trials, but made patients worse! The expensive drug had already reached phase III trials.

So as the development of this drug has now been abandoned, and so many other potential drugs have also failed, many have begun to look at the role of diet in Alzheimer’s and focus on prevention.

**This may also be helpful for those on Levothyroxine (Synthroid) for hypothyroidism (which has an FDA black box warning). Studies show subsequent development of dementia of the Alzheimer type with synthetic Thyroid medication use.

Refined coconut oil will not work the same as certain key components are missing.

Also, in a 2004 study published in the Journal of Neurobiology of Aging, they found that the Medium Chain Fatty Acids (MCFA’s) found in extra-virgin coconut oil improved the memory problems in their older subjects. Across all the patients there was a marked improvement in their recall ability after taking this fatty acid. As the MCFA’s are absorbed easily in the body and can be accessed in the brain without the use of insulin, they are able to fuel brain cells more efficiently. (3)

There is currently another trial in the U.S. looking at the effects of extra-virgin coconut oil on Alzheimer’s Disease. It was started at the University of Florida’s Health Byrd Alzheimer’s Institute. They have a study currently in progress where they have enrolled 65 individuals with mild to moderate Alzheimer’s to measure the effects of coconut oil, versus a placebo, on the disease.

According to researchers, extra-virgin coconut oil is a source of food that the body can easily convert into ketones. Canadian researcher, Stephen Cunnane studies brain metabolism at Universite de Sherbrooke. His question: How do you revive aging or diseased brain cells in the elderly and those with Alzheimer’s?Using PET scans, he found that ketones are indeed a possible alternative brain fuel.

People all across America and around the world are not waiting for the results of research trials, however. Many people with Alzheimer’s disease are already seeing a moderate to huge improvement, and in some cases a prolonged reversal, of the disease after starting with extra-virgin coconut oil.

I don’t believe coconut oil is a total cure-all or permanent fix, but it can and does in many cases, help give a better life to a loved one and make life easier to manage for caregivers.

But Dr. Newport’s efforts to get the medical community to take notice and conduct trials was met with not simply a lack of interest, but even some hostility, as she tried to present her case study at the annual conference of the Alzheimer’s Association in 2007. Watch this persistent doctor as she continues to work in behalf of her husband and others.

She has nothing to gain and is selling nothing:

1.) One of the most widely published reports recently was from neonatologist Dr. Mary Newport as reported by the St. Petersburg Times. Dr. Newport’s own husband had been diagnosed with early onset Alzheimer’s, and she was watching her husband deteriorate rapidly. After using drugs that slowed down the effects of Alzheimer’s, she looked into clinical drug trials and found one based on MCTs (medium chain triglycerides) that not only slowed the progression of Alzheimer’s, but offered improvement. Not being able to get her husband into one of these trials, she began to give him extra-virgin coconut oil (because of their high level of MCTs), and saw improvement in his condition within the first several days, “lifting the fog.” By the fifth day, there was a tremendous improvement even being noticed by his doctors during testing.

“He would face the day bubbly, more like his old self,” his wife said. More than five months later, his tremors subsided, the visual disturbances that prevented him from reading disappeared, and he became more social and interested in those around him.

You can read Dr. Newport’s entire case study here and her book, Alzheimer’s Disease: What If There Was a Cure? The Story of Ketones.

How Much Coconut Oil Do I Take?

Start small with just a teaspoon twice a day and work up. My husband and I gradually got up to 3 TBSP a day. I personally love my coconut oil slathered on hot toast like butter with a little honey, in my oatmeal, or as a hidden addition to smoothies but there are many ways to use coconut oil in cooking and baking. (See the end of this post)

Once you have it in your cabinet, then go wild – let loose and experiment! Use extra-virgin coconut oil as a replacement for all processed cooking oils, including margarine, butter (yes, even in cakes and cookies!) and vegetable oil.

If you decide to add this super-food to your diet to promote brain health and prevent dementia, I have even shared a post for some of our favorite extra-virgin coconut oil-based recipes.

What Kind of Coconut Oil?

For best results, experts suggest organic, cold-pressed, non-hydrogenated,  extra-virgin coconut oil. Coconut oil is a heart-healthy oil that is free of cholesterol and trans-fats, and provides many benefits in addition to improving brain health.

Wonderful FREE Coconut Recipes. This includes some of my favorite recipes. 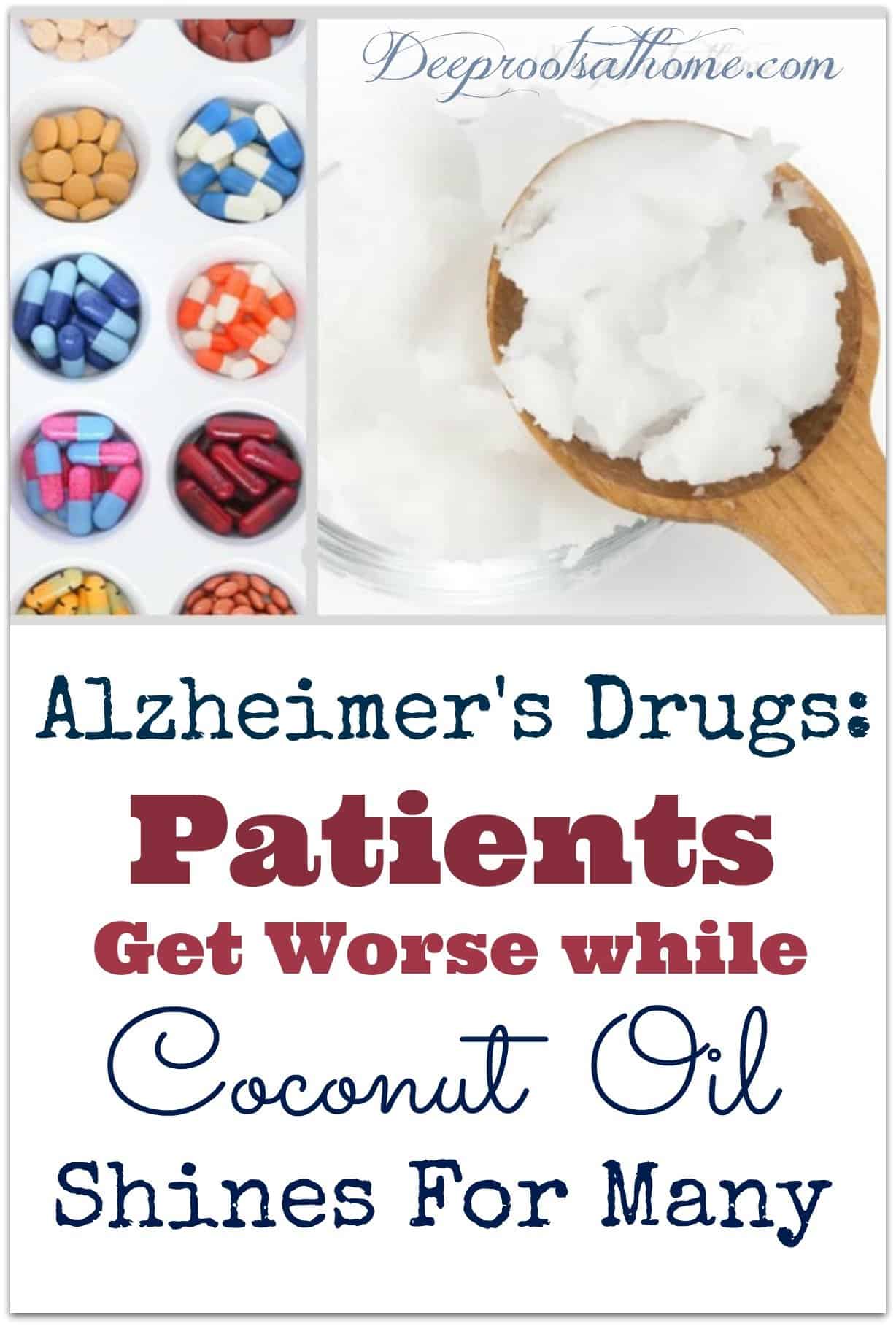