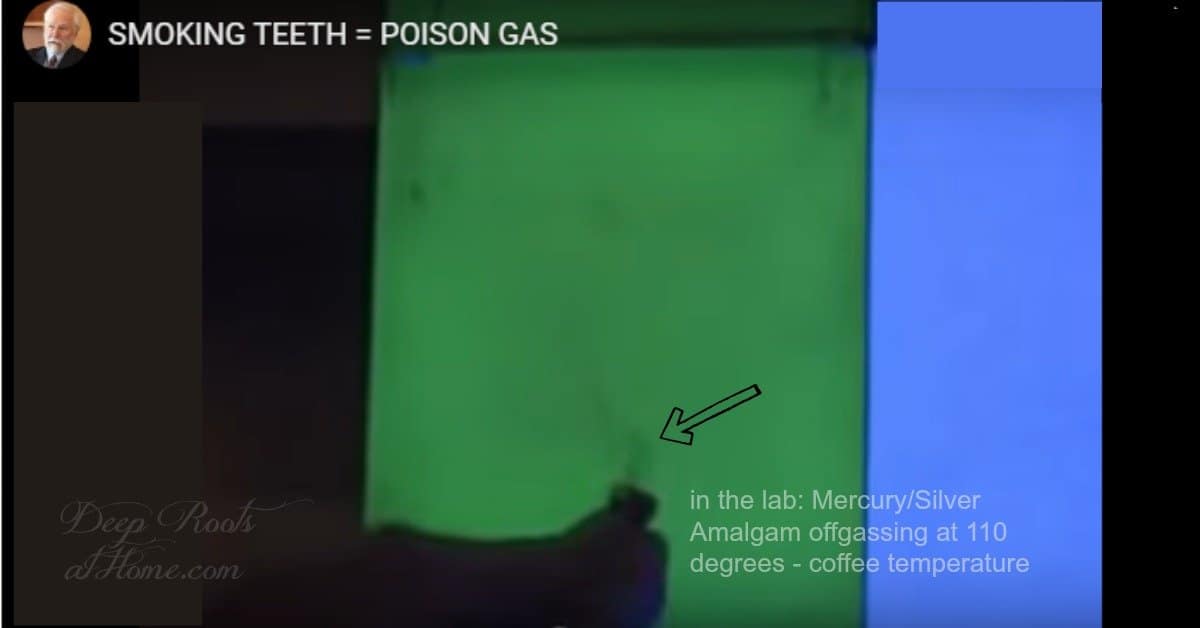 A tiny amount (1 gram) of mercury can contaminate a 20 acre lake, according to the Michigan Dept. of Natural Resources, and cause damage to plumbing pipes and sewage treatment plants.

There is no known safe level. Any mercury exposure can cause adverse effects during any period of child development. (See literal “Smoking Teeth” in 2 videos below)

But Put Mercury Amalgams in Your Teeth, and it’s Okay?

But, when called amalgam fillings, it is approved by the FDA, EPA and national dental organizations as safe even when mercury shows up in the urine of children.

As part of a lawsuit settlement with several consumer groups, the F.D.A. was finally forced to publicly admit that all “silver” dental filling are poisoned with mercury. These facts have been known, and covered up, for 30+ years.

Attorney James M. Love, who filed the lawsuit, said in a statement that American consumers and dental professionals are being misled by the American Dental Association (ADA) — the largest and most powerful advocate for continued amalgam use. (source) “The ADA has misrepresented FDA’s lack of regulation as proof of safety, and continues to use this toxic dental filling, despite scientifically demonstrated risks.

Most individuals remain unaware that those ‘silver’ fillings consist of 45-55% metallic mercury and that there are health and environmental risks associated with those fillings.  (source)

Mercury from dental amalgams attack the brain as it is absorbed into the blood, and fumes are emitted whenever one of its victims chews.

The FDA statement after the lawsuit reads as follows:

“Dental amalgams contain mercury, which may have neurotoxic effects on the nervous systems of developing children and fetuses. When amalgam fillings are placed in teeth or removed from teeth, they release mercury vapor. Mercury vapor is also released during chewing.” ~www.fda.gov (source)

After this article was published, the F.D.A. removed the web page (http://www.fda.gov/cdrh/consumer/amalgams.html) that the above quotes were taken from, which is likely in flagrant violation of the court order.

The court had required them to post this information publicly.

Notice that in spite of the court order, they still wrote that mercury “may” have neurotoxic effects, as if toxicologists are not really sure about it yet, and they even went so far as to pretend that brain poisonings should only be an issue to consider for infants. (source)

Watch startling footage of where the mercury goes when heated to 110 degrees — the average temperature of coffee and tea. What about teeth grinding, drilling, and gum chewing?

8 minute video (Teach this to your children!): The mercury release demo was done at the IAOMT Oxford, England Symposium, 2002.

The mercury amalgam industry had claimed that the mercury in the filling has an antibacterial effect. But mercury has long been discarded for this purpose due to the horrendous side effects. Modern research showed that the bacteria become resistant after a few weeks.

The mercury amalgam industry is thoroughly guilty of supporting mass medication without the knowledge or consent of the patient. This is highly unethical and illegal in most countries.

What happens in unborn babies and small children?

In 1991, the WHO acknowledged that the predominant human exposure to mercury is from your fillings. That should be of concern to anyone wanting to have healthy children, ecause mercury is highly damaging to unborn babies.

“Experiments in sheep shows that the mercury from the sheeps’ fillings transfers immediately to the placenta, to the fetus, and to every conceivable potion of the fetus’s body. It even increased in the lamb higher after birth from the mercury in the mother’s milk.”

There is no such thing as a safe filling. All mercury fillings leach the toxin.

All dental schools in the U.S. teach dental students how to place mercury amalgams without informing them of the dangers of mercury while working with the product.

The use of the filling material is banned in Norway and Sweden.

There are many partially successful detox methods. There is only one detox method that fully binds 80,000 metals and toxins (and does not release them back to the body)— and that is Advanced TRS.

Advanced TRS is safe enough to use in pregnancy and while breastfeeding. (See this definitive PubMed study stating safety in humans, animals, and their developing offspring).

For more product details and to order, go here.

(Purchasing as a ‘preferred customer’ gets you the lowest prices which is ‘autoship pricing’. You can cancel or alter the dates at any time. There is no penalty for canceling autoship). 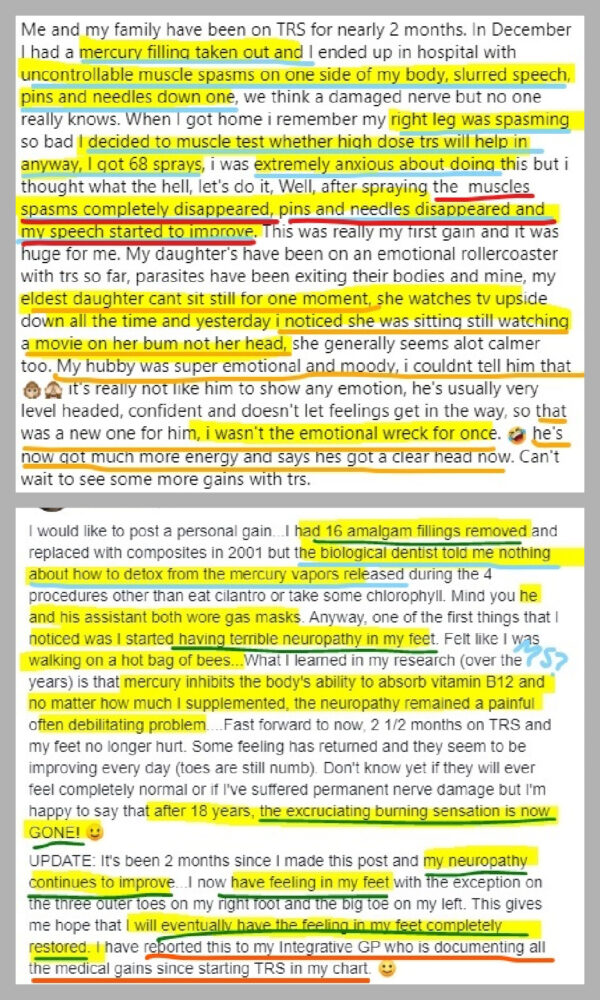 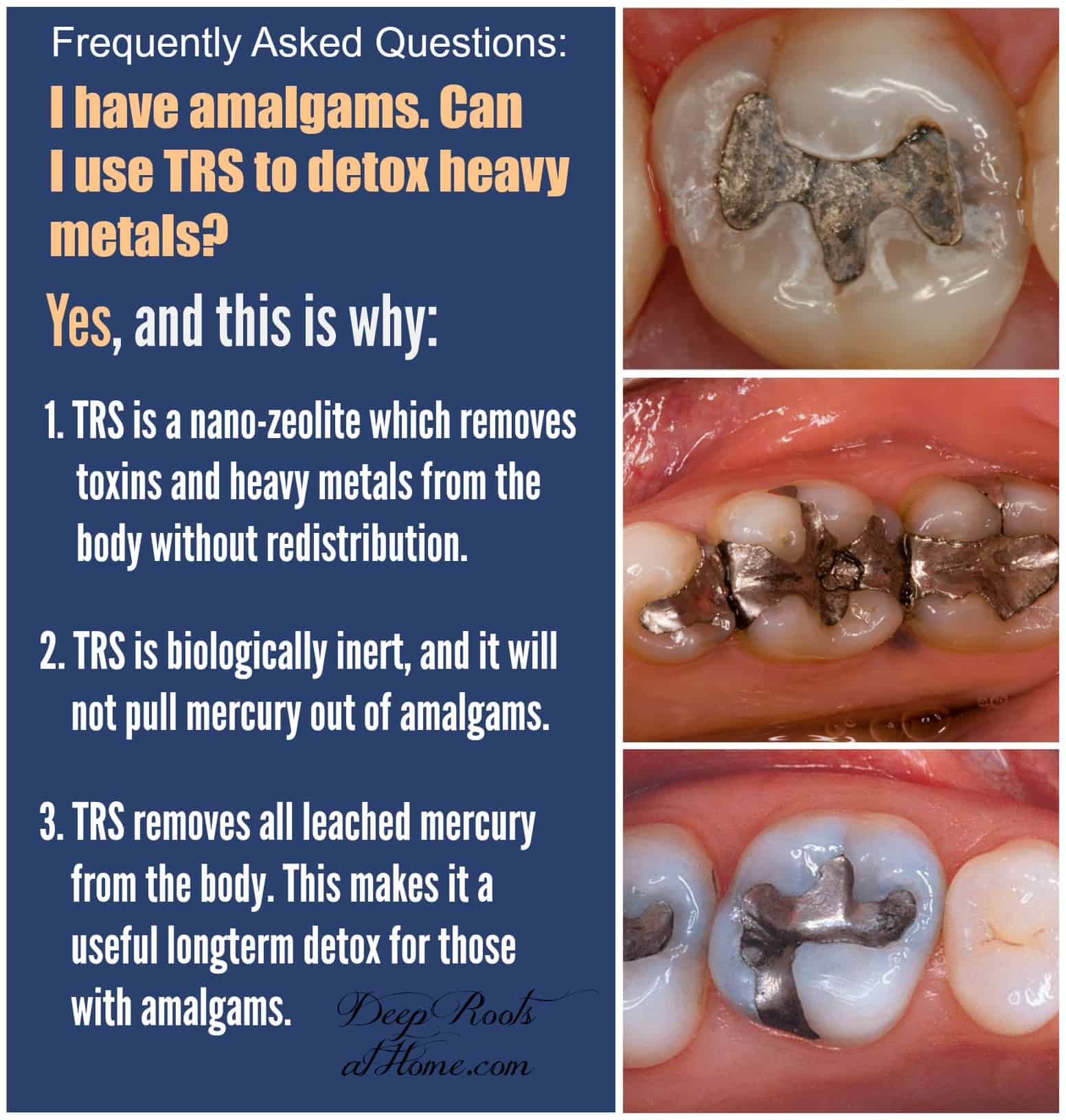 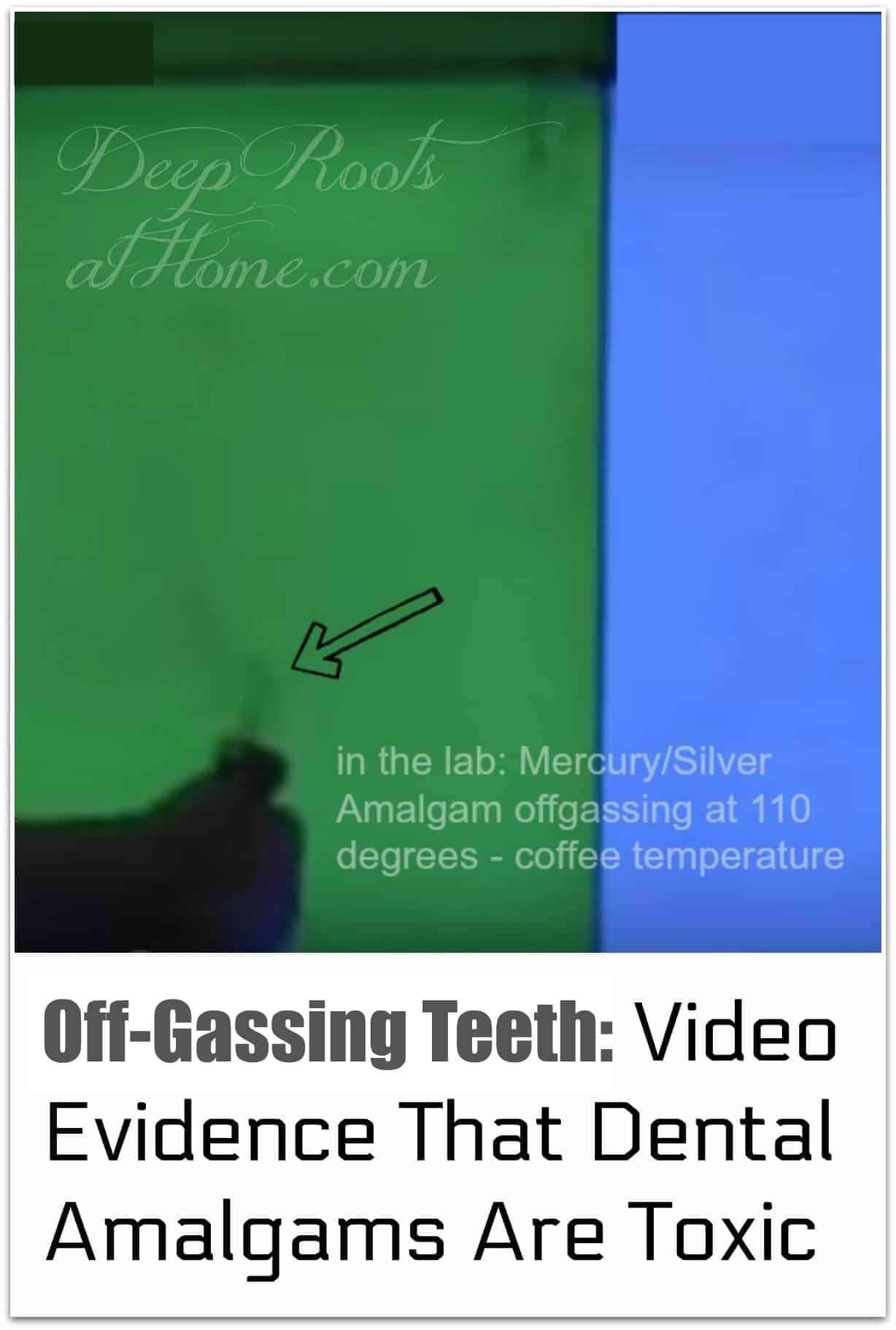