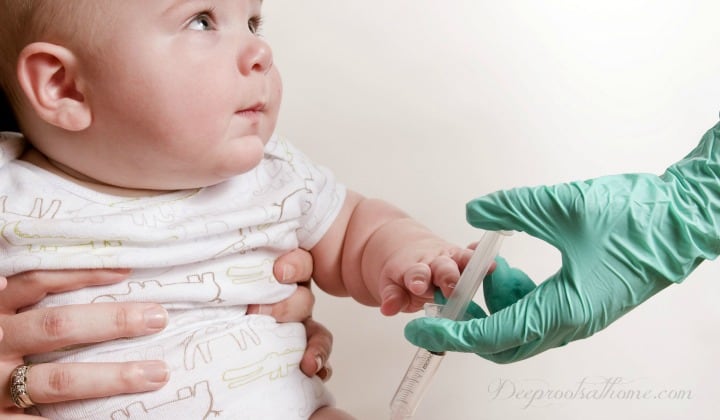 A study published in Pediatrics, the official journal of the American Academy of Pediatrics, admitted that: “Aluminum is now being implicated as interfering with a variety of cellular and metabolic processes in the nervous system and in other tissues.” (source)

According to a new study published in Current Medical Chemistry, children up to 6 months of age receive 14.7 to 49 times more aluminum from vaccines than the U.S. Food and Drug Administration (FDA) safety limits allow. (See source for Table 2)

Aluminum Has Replaced Mercury in Many Vaccines

When it comes to vaccine safety, much of the talk about toxic ingredients focuses on thimerosal (contains mercury) that is added to killed (inactivated) vaccines as a preservative.

But vaccines also contain adjuvants — agents that stimulate your immune system to greatly increase immunologic response to the vaccine – and one of the most toxic is aluminum. Aluminum is a known neurotoxin that is contained in a number of common childhood and adult vaccines and may even exceed the toxicity of mercury in the human body.

While mercury use has decreased, the use of aluminum additives has not decreased.  Many vaccines contain aluminum, see below. This is NOT an all-inclusive list, however. Your best bet if you’re wondering about a specific vaccine is to read through the package insert of each vaccine in question.

In 1982, the Hepatitis B vaccine came out for teens with high risk behavior (sharing needles and sex). Tragically, the strategy soon focused on universal infant vaccination even though they are not even a risk group. But by 1990, nearly 90% of all babies received hepatitis B vaccine before hospital discharge even though the mother doesn’t have Hepatitis B (and the vast majority do not!).

Aluminum is a Brain Toxin

Aluminum is ubiquitous in the earth’s crust, air, soil and water. However, although aluminum is a common, “natural” element, it has absolutely no biological role inside your body and is, in fact, a demonstrated neurotoxin.

“Experimental research … clearly shows that aluminum adjuvants have a potential to induce serious immunological disorders in humans. In particular, aluminum in adjuvant form carries a risk for autoimmune diseases, long-term brain inflammation and neurological complications and may thus have profound and widespread adverse health consequences.”

FACT: There is overwhelming evidence that chronic immune activation in your brain is a major cause of brain dysfunction in numerous degenerative brain disorders, such as multiple sclerosis, Alzheimer’s disease, Parkinson’s and ALS (Lou Gehrig’s disease), which may explain the reported association between aluminum-containing vaccines and these diseases. (source)

FACT: A study published in Pediatrics, the official journal of the American Academy of Pediatrics, admitted that: “Aluminum is now being implicated as interfering with a variety of cellular and metabolic processes in the nervous system and in other tissues.”

FACT: When you or your child is injected with an aluminum containing vaccine, the aluminum compounds it contains accumulate not only at the site of injection but can travel to your brain and accumulate there. In your brain, aluminum enters neurons and glial cells (incl. microglia). Studies have shown that aluminum can activate microglia and do so for long periods, which means that the aluminum in your vaccination may be priming your microglia to overreact.

FACT: Aluminum also impairs your body’s ability to excrete mercury, and as a consequence, aluminum will make whatever amount of mercury you have in your system even more toxic as it builds up. This Public Health study states:

“Rigorous and replicatable studies have shown evidence of ethylmercury (EtHg) and of adjuvant Aluminum toxicities….findings have shown a solid link with neurotoxic effects in humans…”

FACT: Aluminum (and Tylenol) impairs glutathione (GSH) synthesis and hinders the mechanism for replenishment as seen (below) in this study. Glutathione (GSH) is the master antioxidant, detoxifier of every cell in the body and responsible for :

Dr. Humphries pronounces Aluminum as a Brit does (as ‘alumin-ee-um’) and it sounds weird at first, but I share this valuable video for all you serious parents, anyway!

We Declined Hepatitis B Vaccine

Years ago, with the help of our wise and wary local pediatrician, we declined the Hepatitis B vaccine for our son and later our twins. At the time, as an RN, I had already seen too many problems with vaccines and was not in the mood to give them to our children.

I am so thankful in hindsight!

Currently, there are doctors and pediatricians who are willing to speak out at great risk to their reputation and practices.

Dr. Paul Thomas is a beloved physician and pediatrician who is winsome and has made a difference in many family’s lives by giving them sane vaccine choices. He is my kind of doctor!

I hope this informs and fortifies many who hope to be parents one day and are facing these huge decisions!

Should We Be Concerned About Vaccines Made in China? 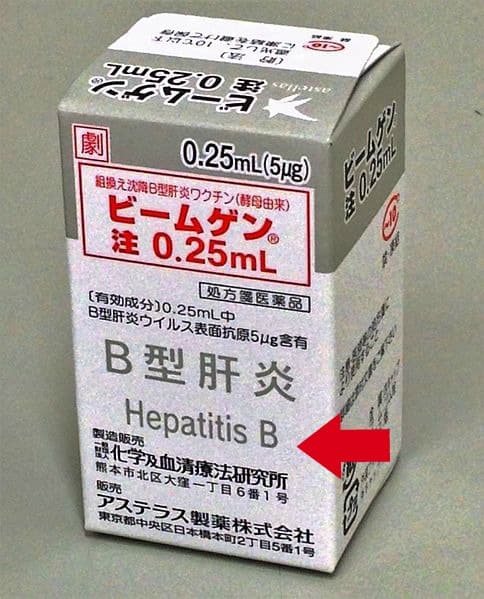 “It was back in November 2011 that the Associated Press (AP) ran a story announcing the entry of China into the world vaccines market.

The news was picked up by major newspapers and published as articles with titles such as “China Prepares for Big Entry into Vaccine Market” and “Could Your Vaccines Soon Be ‘Made in China?” and “China to Enter World Vaccine Market Soon”.

“The AP report cited the announcement by the World Health Organization (WHO) in March 2011 that China had met “international standards for vaccine regulation” as a milestone in the process to that country’s entry into the market.

“Most Americans do not understand that many pharmaceutical products, including vaccines, are not made in the United States and foreign pharmaceutical companies are not subject to U.S. Food and Drug Administration (FDA) quality control regulations.

With no civil liability for vaccine injuries and deaths that occur in the U.S. for FDA licensed vaccines, Americans have a right to be concerned about vaccines made in China.”

“You may choose to look the other way, but you can never say again that you did not know.” ~William Wilberforce

Jacque’s Update: Facebook and social media platforms are cracking down on Conservative/holistic health content. Also, many of you have complained that you never see our content in your news feeds on social media. There’s only one way to fight back — and that’s by joining my FREE newsletter. Click here.