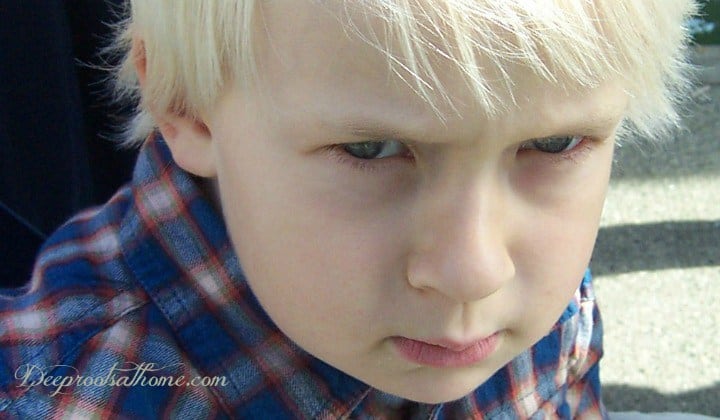 “If you had told me a few years ago that even the worst of my son’s behavior could be linked to food, I would have said I agreed. I knew sugar and food dye were linked to behavioral problems in children, and as soon as I learned this, I removed them from his diet. We saw some improvement. But even as we continued to eat well and focus on whole, organic foods, some new behaviors were emerging: disturbing, disheartening behaviors that I was at a loss to handle.

“After a friend observed Camden’s angry behavior at the park one day, she suggested I remove wheat from his diet. Being the go-getter that I am, I removed all grains from our family’s diet. We all felt better (read more about how our radically changed diet improved all of our health here) and Camden’s behavior improved.

“Then we moved about a year later, and though we stuck with a mostly-paleo diet, we slacked off during the transition, then never really got back on track completely. We ate some gluten-free grains here and there, and even ate gluten on occasion. Without even realizing how much we had regressed on our diet, we noticed that old anger and some new behaviors emerging in Camden.

“Since we homeschool, I am with my kids 24/7. After our move, I began to notice a strange shadow come over Camden from time to time. He would become unreasonably angry, sometimes for no real reason. He would lose his temper and lash out at his younger brothers in anger, exhibiting a total lack of self control, that, at the age of 6 or 7, was developmentally abnormal. I knew it all went back to the food he was eating and a leaky gut, but I wasn’t sure of the exact culprit/s yet.

“The worst was trying to get schoolwork done. He flat wouldn’t do it, and instead, sat for hours, painstakingly writing one letter at a time, a whole sentence taking an hour or more to write. I was mystified. Camden is an incredibly smart kid. How could he not just get this done? Even though I knew I had some work to do to continue healing him, I took to the internet to research what might be going on. I came across Oppositional Defiant Disorder (ODD) and was able to check off every symptom and behavior for my son.

“While many people would assume anger and the other above symptoms are the evidence of a lack of discipline and appropriate parenting strategies, for a parent who knows their child, and knows this behavior is not the norm, and who has strived (and strived and strived) to remedy the behavior with discipline and redirection, these are symptoms of something greater, something that is not easily dealt with.

Connecting the dots myself was disheartening enough; I didn’t need a diagnosis to confirm that Camden had this disorder.

Pinpointing a Cause of this Anger Response

“At some point, I began to determine foods that were causing these behaviors in Camden. Obviously, if he somehow got ahold of food coloring (which was rare, so it was easy to track), gluten, or too much sugar, the behaviors would crop up. But, I was able to link another food to the aggressive, defiant behavior: corn. We would still have organic corn chips in the house every once in a while, and I became certain that the corn chips were a major cause of ODD. I would observe him eat a few chips, then hours later turn into a different kid.

“After eating corn, Camden would become incredibly angry over seemingly small stuff. And there was no reasoning with him or helping him to see things from another perspective. We tried discipline during these times, and even spanked him, but this just made him more angry, and at times, he became physically aggressive in return. No brand or amount of discipline got through to him. This was one wave that we just had to ride out.

“Not too long after I began figuring all of this out, we moved again, back to our previous town. At this time, we had been avoiding corn with Camden, but moving once again took a toll and some convenience foods were eaten here and there. He basically just kept enough junk in his system to keep the ODD behaviors cropping up. Once we got settled, though, we were ready to get strict and steady with the diet, and we began to see a huge improvement.

“Today, a year after our most recent move, we avoid corn (and the other foods mentioned) like the plague for Camden. I read every label and we do not cheat. We know that if we do, there will be fall out, and it makes us all miserable. It’s just not worth it. And you know what? ODD is mostly a thing of that past! These days, even if that shadow comes over Camden for some unknown reason, it only lasts a few minutes instead of days at a time! We are seeing such huge improvement, and we will not go back.

“Between a strict diet and healing we’ve experienced with some biomedical interventions, I am confident that these little episodes will be fewer and farther in between, until they cease completely. For Camden, that means a normal life without unreasonable anger, being able to deal with disappointments and frustrations in a healthy way without exploding or feeling down about himself.

What to Watch Out For

“If you think corn may be a problem for your child (and if you have the same problems we do, I strongly suggest you remove it, among other things!), you will have to become a label detective, because corn hides under many names, including:

“Is your head spinning yet? Corn is a sneaky ingredient and can be found in most packaged foods. Aim for foods that contain only ingredients you can read and understand the origin of! (And by the way, popcorn is included!)”

You might find supplementing with NAC helps if you do occasionally come into contact with this allergen or ‘natural’ or artificial flavors. NAC encourages natural breakdown and rapid transport of toxins out of the system.

Have you noticed your child reacting to a surprising food? 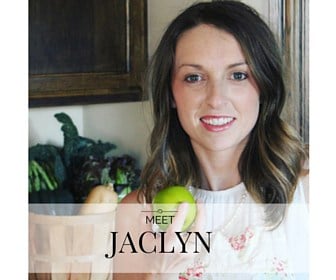 Click on Jaclyn’s profile photo to go to her insightful blog The Family That Heals Together! 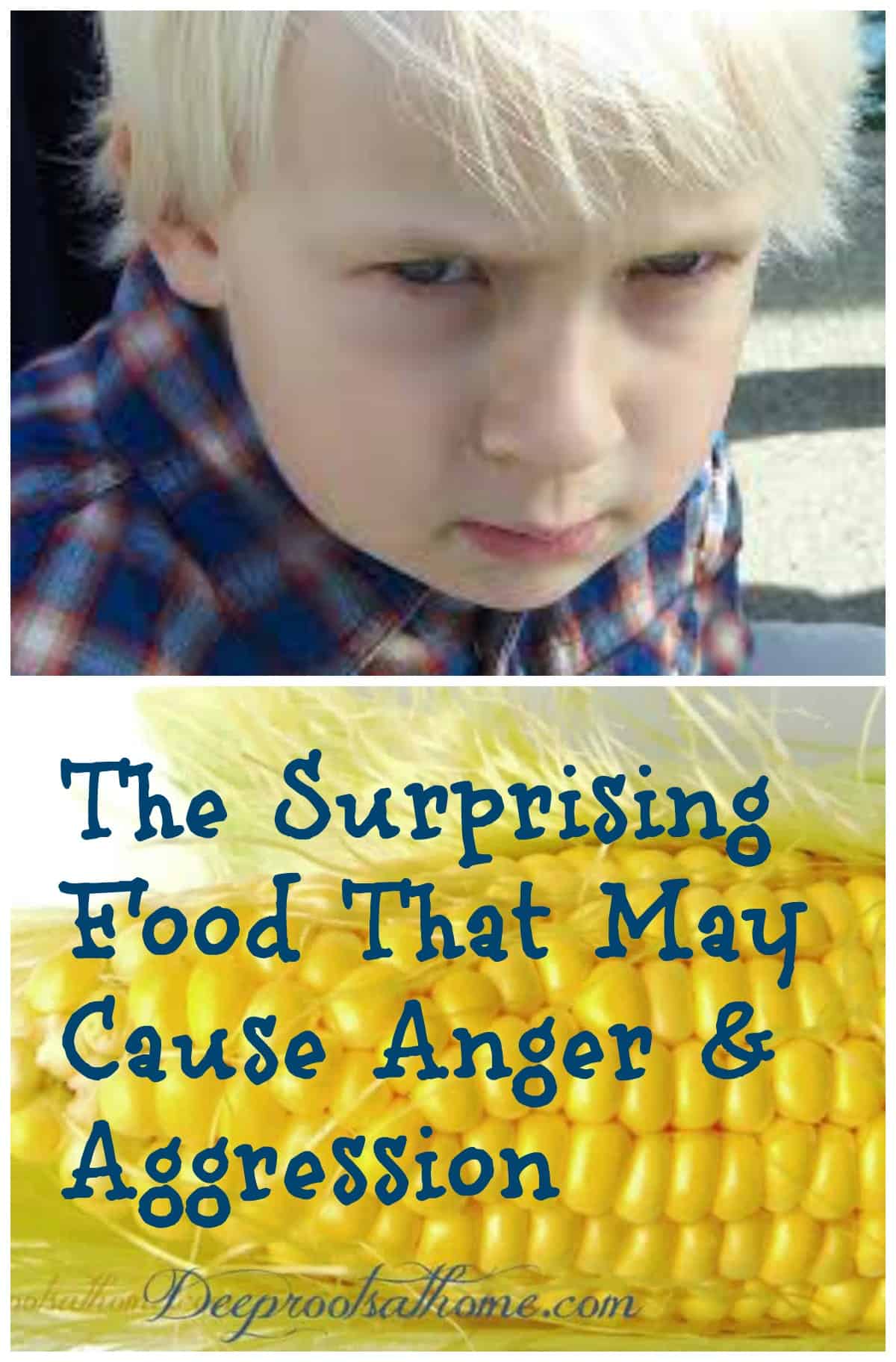