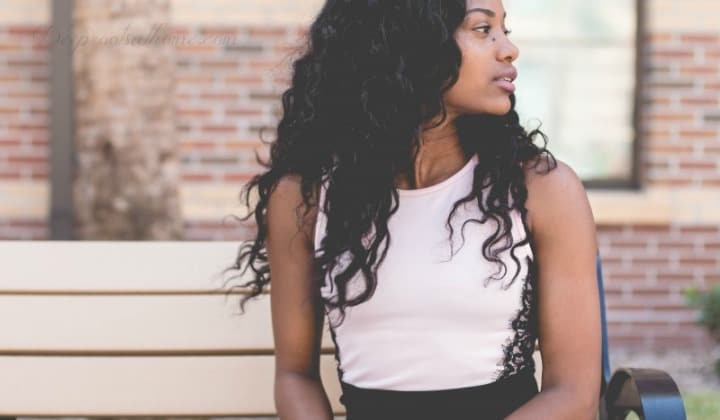 After posing half-naked in a recent photo shoot, Emma Watson (the star in the upcoming Beauty and the Beast movie) couldn’t understand why people were calling her a hypocrite.

As an outspoken self-proclaimed feminist, some people viewed Emma’s photoshoot as quite the contradiction. They were wondering how a woman could stand for “women’s equality and female respect,” while at the same time taking part in the sexual objectification of women.

In response to the pushback that Emma Watson received for posing half-naked, Gloria Steinem (a liberal feminist) rushed to her side in defense.

Gloria Steinem unashamedly told the media, “Feminist can wear whatever the *** they want. They should be able to walk down the street nude and be safe.”

And that, right there, is the illogicality of feminism.

Women demand respect. We demand dignity. But then we pose half naked for the cameras and wonder why we’re being objectified.

Sadly though, as obvious as this contradiction may seem to some, it’s brushed off by our culture as “no big deal.” Feminism continues to promise women that stripping down will somehow empower us. Feminism promises us that sexual liberation will somehow bring about the respect that we desire.

As women, we’re told that undressing is empowering for our gender.

Sadly though, the results have proven to be anything but empowering.

A study called The Paradox of Declining Female Happiness stated, “Women are less happy nowadays despite 40 years of feminism. Despite having more opportunities than ever before, they have a lower sense of well-being and life satisfaction.”

Rather than jumping on board with our culture’s push to undress, I’m proposing a new method for empowering women. Modesty.

Women were created by God to be physically beautiful. To have soft curves and a lovely figure. However, God didn’t design the intimate parts of this beautiful body to be consumed by any passerby (Prov. 5:18-19). When we, as women, uncover and reveal our intimate body parts, we cheapen what God has made valuable.

A large diamond is considered precious and valuable because it’s rare and uncommon. Modesty works the same way. By covering our intimate parts, we boldly state that our bodies are precious, valuable, and not available for common consumption.

Nudity and immodesty have completely backfired on women. Rather than gaining more respect and dignity in the eyes of men, we have become objects to consume. By undressing, we have trained many modern men to view us as nothing more than eye candy. We have thrown our dignity down the drain at the false promise of becoming more empowered.

Putting our clothes back on is the first step to regaining some ground. Actions speak louder than words. By dressing modestly we silently proclaim that we are not purchasable objects. We are dignified women who value our bodies, and expect the same from others.

As Jessica Rey, fashion designer, stated, “modesty isn’t about hiding ourselves, it’s about revealing our dignity.”

3. Modesty commands respect (nudity does the opposite).

When we respect our own bodies, we encourage the respect, honor, and admiration from those around us.

4. Modesty draws attention to the face (nudity feasts on the body).

It’s not uncommon to be out in public and see a random guy doing a “once over” on a girl. When we, as women, undress and reveal sections of our intimate body parts, we shouldn’t be surprised when strangers feast on our body. By dressing immodestly we invite everyone, including creepers, to enjoy what isn’t theirs.

The attention we receive (good or bad) is based on our physical allure, not on who we are as a person. By dressing modestly we instantly put the creepers in their place. We send the message that our face is where the focus needs to be. We encourage people to get to know “us” not our curves.

My caveat here: Creepers usually cannot be “put into their place” by the women or girls upon which they are creeping. This is a caution NOT to drop our alertness or caution!

And just for the record, modesty doesn’t mean a woman is ashamed of her body…it means she is valuing what God has already given value to.

I would love to hear your thoughts in the comment section below.

Do you agree or disagree with the idea that dressing modestly empowers women? Why?

In what ways have you seen nudity negatively affect the female gender? 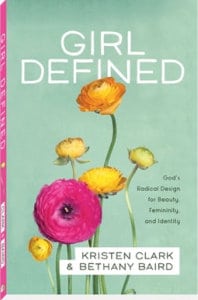 Meet Kristen and Bethany. “We are sisters from the southern state of Texas, just enjoying life and spreading truth. Since launching GirlDefined Ministries in 2014, our goal has always been the same – to help modern girls understand and live out God’s timeless truth for womanhood. Through our blogs, videos, conferences, and online webinars, we are building an online “sisterhood” where girls and women can find the encouragement and answers they’re searching for.” 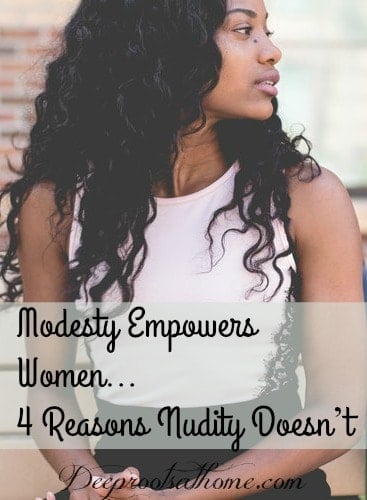