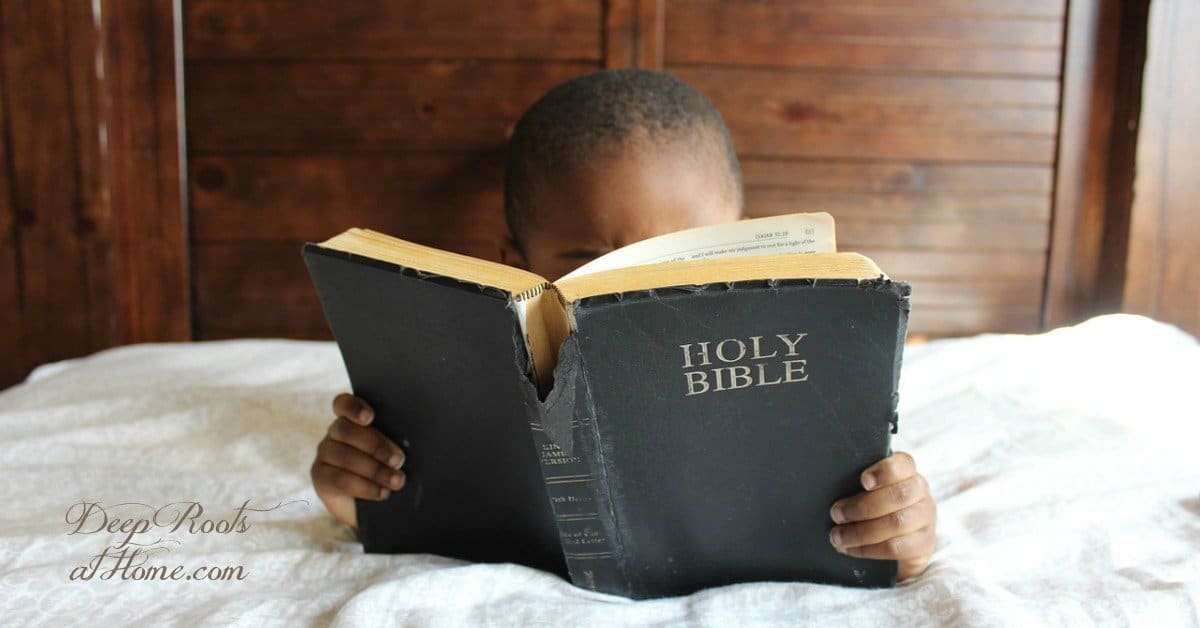 Image by Free-Photos on Pixabay

We are encouraged not to become jealous of the temporary prosperity of the wicked. God-opposers may burn brightly for a little while, but from God’s perspective, those who oppose Him are storing up wrath for disobeying His commandments and laws.

Their supposed prosperity comes at an eternal price tag. In the end their future will be terrible- not blessed.

He wise man or woman who knows and obeys the Word of God.

“Therefore repent; or else I am coming to you quickly, and I will make war against them with the sword of My mouth.” ~Revelation 2:16

“For there will be no future for the evil man; The lamp of the wicked will be put out.” ~Proverbs 24: 20

“And then the lawless one will be revealed, whom the Lord Jesus will slay with the breath of His mouth and annihilate by the majesty of His arrival.” ~2 Thess. 2:8

“The face of the LORD is against evildoers, to cut off the memory of them from the earth.” ~Psalm 34:16

“Behold, I am against you, O arrogant one,” declares the Lord GOD of hosts, “For your day has come, the time when I will punish you.” ~Jeremiah 50:31

“And I saw the dead, great and small, standing before the throne. And there were open books, and one of them was the book of life. And the dead were judged according to their deeds, as recorded in the books.” ~Revelation 20:12

“And if anyone’s name was not found written in the book of life, he was thrown into the lake of fire.” ~Revelation 20:15

“Therefore their path will become slick; they will be driven away into the gloom and fall into it. For I will bring disaster upon them in the year of their punishment,” declares the LORD. ~Jeremiah 23:12

“It is mine to avenge; I will repay. In due time their foot will slip; their day of disaster is near and their doom rushes upon them.” ~Deuteronomy 32: 35

“God is opposed to the proud, but gives grace to the humble.” ~James 4:6

“Moreover the hand of the LORD was against them, to destroy them from within their camp until they all perished.” ~Deuteronomy 2:15

“But there were also false prophets among the people…. They will secretly introduce destructive heresies, even denying the sovereign Lord who bought them—bringing swift destruction on themselves.” ~2 Peter 2:1

“But those who hate Him He repays to their faces with destruction; He will not hesitate to repay to his face the one who hates Him.” ~Deuteronomy 7:10

“The LORD takes vengeance on His foes and reserves wrath for His enemies.” ~Nahum 1:2

“The adversaries of the Lord shall be broken to pieces; against them he will thunder in heaven. The Lord will judge the ends of the earth…” ~1 Samuel 2:10

“Woe to those who call evil good and good evil, who put darkness for light and light for darkness..” ~Isaiah 5: 20

“A troublemaker and a villain, who goes about with a corrupt mouth, who winks maliciously with his eye, signals with his feet and motions with his fingers, who plots evil with deceit in his heart— he always stirs up conflict. Therefore disaster will overtake him in an instant; he will suddenly be destroyed—without remedy.” ~Proverbs 6: 12-19

Pray for the lost

What we should do is pity such people. We should pity them and pray that they would repent and turn to God.

The opposite of opposing God is knowing and obeying the person, Jesus Christ.

20 Scripture promises to those who trust and obey Almighty God

“Yet the righteous will hold to his way, And he who has clean hands will be stronger and stronger.” ~Job 17:9

“…if my people, who are called by my name, will humble themselves and pray and seek my face and turn from their wicked ways, then I will hear from heaven, and I will forgive their sin and will heal their land.” ~2 Chronicles 7:14

“But you will receive power when the Holy Spirit comes on you; and you will be my witnesses in Jerusalem, and in all Judea and Samaria, and to the ends of the earth” ~Acts 1:8

“He gives strength to the weary and increases the power of the weak.” ~Isaiah 40:29

“He that spared not his own Son, but delivered him up for us all, how shall he not with him also freely give us all things?” ~Romans 8:32

“…in all things God works for the good of those who love him, who have been called according to his purpose.” ~Romans 8:28

“Commit to the Lord whatever you do, and he will establish your plans.” ~Proverbs 16:3

“And my God will meet all your needs according to the riches of his glory in Christ Jesus.” ~Philippians 4:19

“He will not let your foot slip; he who watches over you will not slumber.” ~Psalm 121:3

“Cast your burden on the LORD, and He will sustain you; He will never permit the righteous to be moved.” ~Psalms 55:22

“The name of the LORD is a strong tower; the righteous run to it and are safe.” ~Proverbs 18:10

“For this is the will of my Father, that everyone who looks on the Son and believes in him should have eternal life, and I will raise him up on the last day.” ~John 6:40

“The righteous shall inherit the land, and dwell in it forever.” ~Psalms 37:29

“If you declare with your mouth, “Jesus is Lord,” and believe in your heart that God raised him from the dead, you will be saved.” ~Romans 10: 9

“God always gives his best to those who leave the choice with him.” ~Jim Elliot 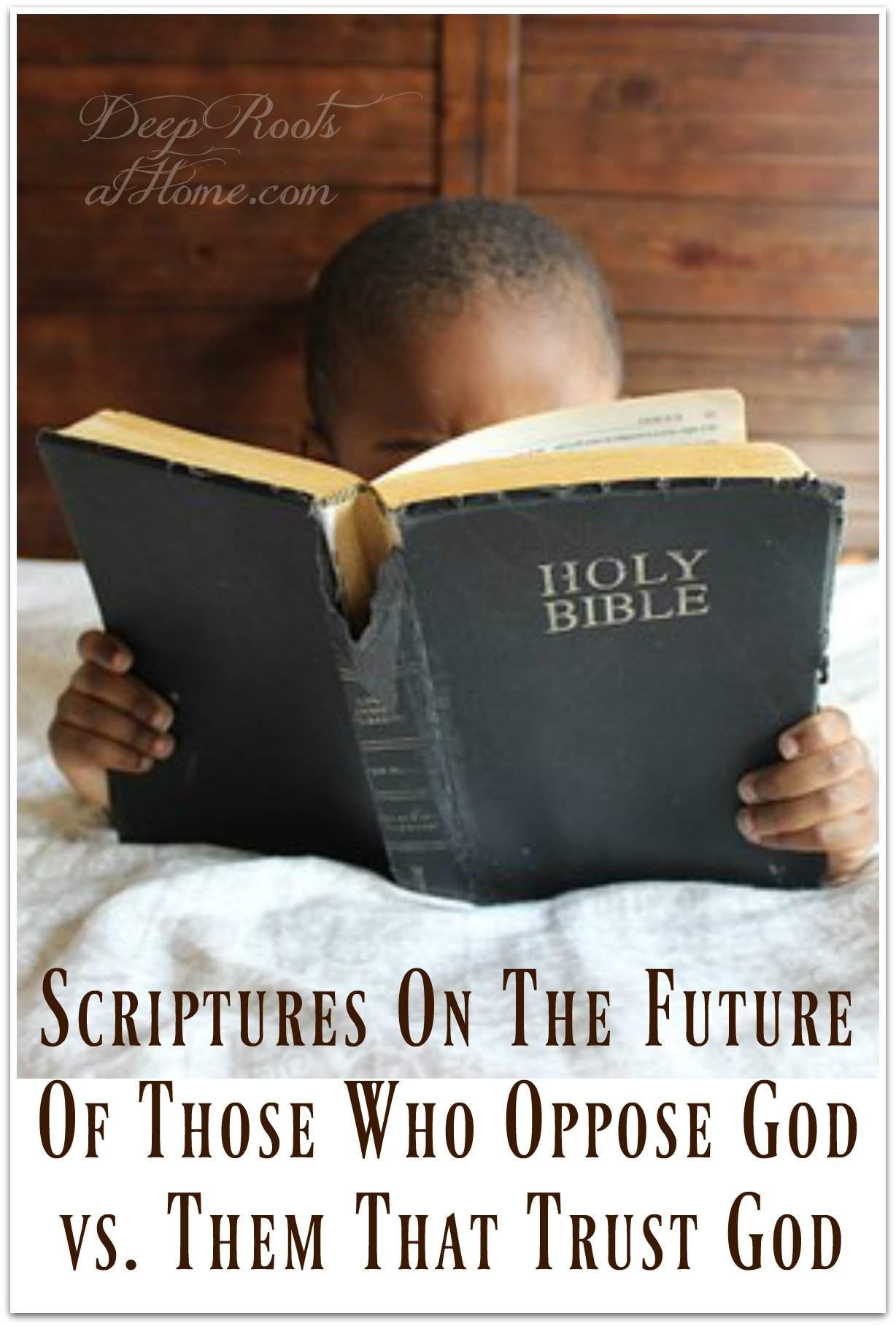