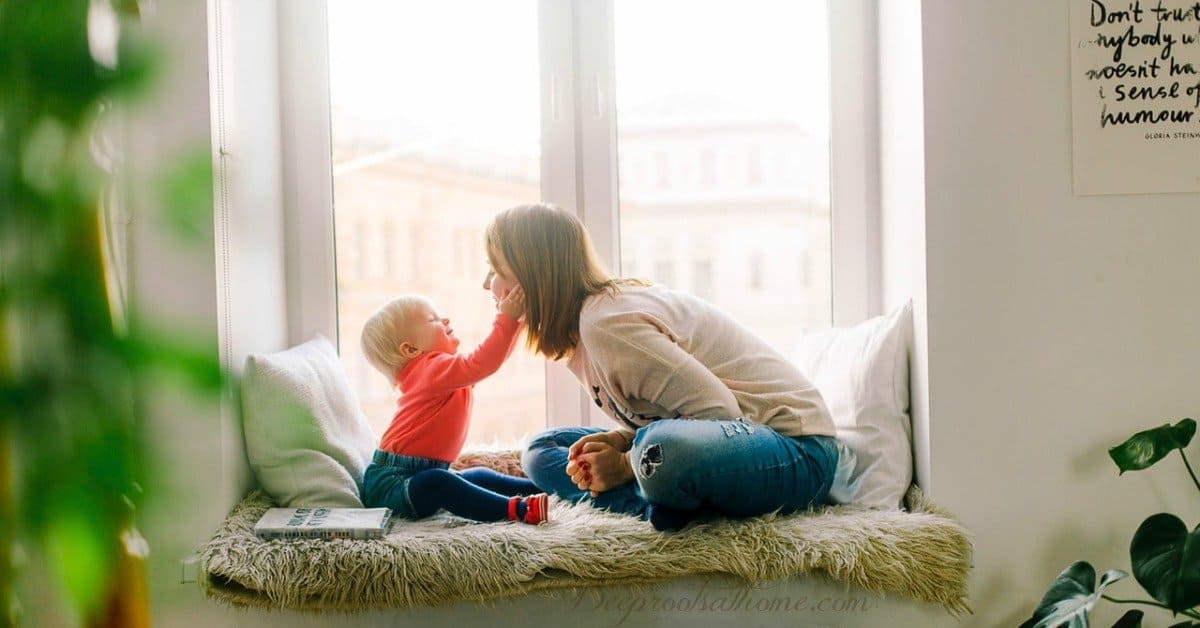 Photo by Daria Shevtsova from Pexels

An analysis of US mortality data shows that the weekly number of deaths among infants during the pandemic lockdown dropped by about 30%.

Something mysterious is saving the lives of children.

Covid19 is unique among pandemics in that the mortality toll is measurable, real and convincing.

The extreme lockdown response has produced a natural experiment that calls into question the very actions—widespread, mandated vaccines for all—that the public health community have been pushing for years. No one could have predicted Covid19 would have revealed this phenomenon.

Look what happened when “well baby” and “well child” visits to the pediatrician for babies to be inoculated couldn’t happen due to the shut down.

According to Colorado Health Choice “Lessons From the Lockdown” white paper compiled by Blaxill and Becker:

“As we have deployed lockdowns as a blunt instrument to protect the elderly from a tragic and premature loss of life, we have missed a completely unintended and beneficial benefit of the lockdowns: an unexplained collapse in excess deaths among the young, especially children and infants.

“Deaths among children are scattered across the states and typically run around 700 weekly. Well over half of that occurs in infants under 1 year of age.

“Starting in early March, expected infant deaths began a sharp decline, from an expected level of around 700 deaths per week to [closer to 400] by mid‐April through May. (reference 1)

“As untimely deaths spiked among the elderly in Manhattan nursing homes and in similar settings all over the country, something mysterious was saving the lives of children.” 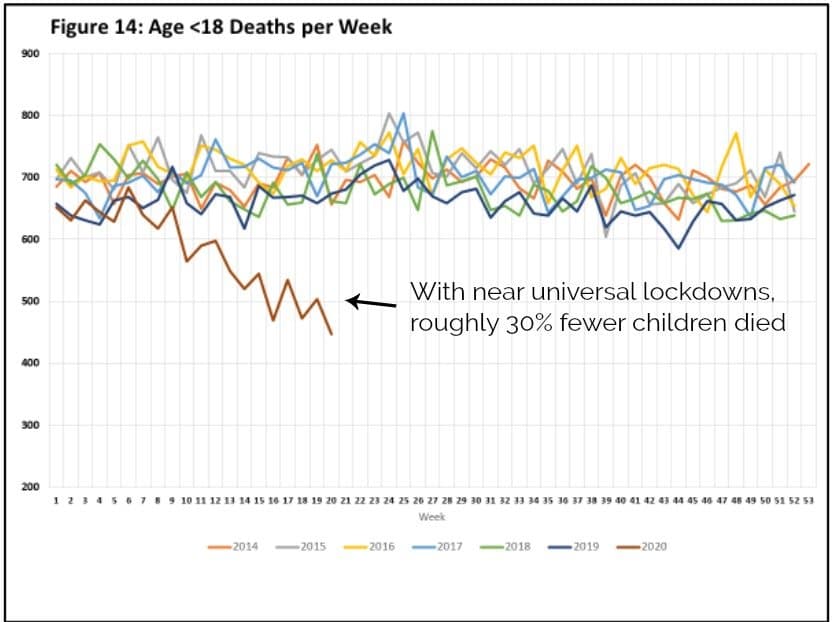 “Was this a protective effect of school closures? Were teenagers getting themselves into risky situations at a lower rate?

“No. There was very little effect among school age children or adolescents. (reference 3)

Somehow, the changing pattern of American life during the lockdowns has been saving the lives of hundreds of infants, over 200 per week. 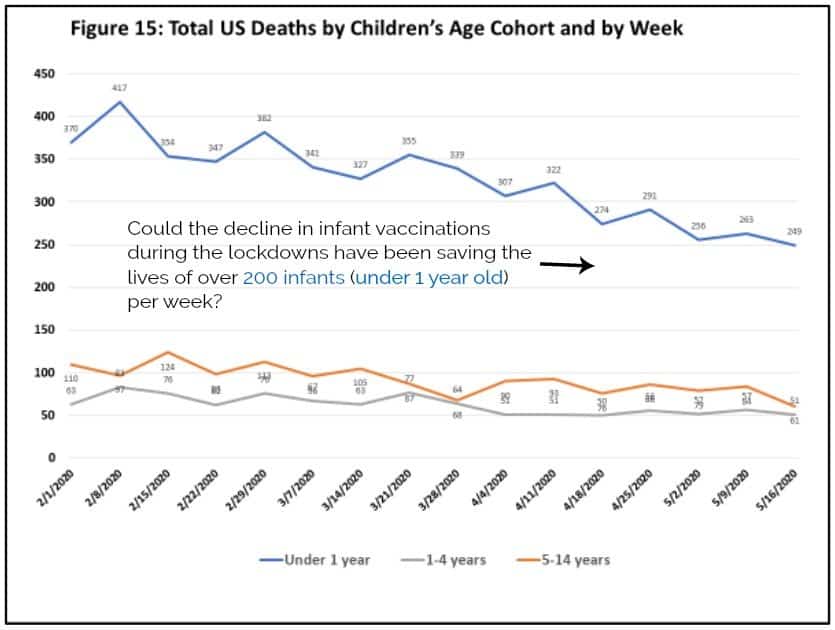 What Caused the Saving of Lives?

What has changed during this period that might lower infant death rates? Are parents taking better care of their families while working remotely and their children are not going to school?

According to the CDC, SIDS deaths are one of the two largest causes of death among infants aged 1 month to 1 year. (reference 7)

One very clear noted change is that public health officials are bemoaning the sharp decline in infant vaccinations as parents are not taking their infants into pediatric offices for their regular “well‐baby” checks.

A group of authors from the CDC and Kaiser Permanente reported a sharp decline in provider orders for vaccines as well as a decline in pediatric vaccine doses administered. (reference 8) 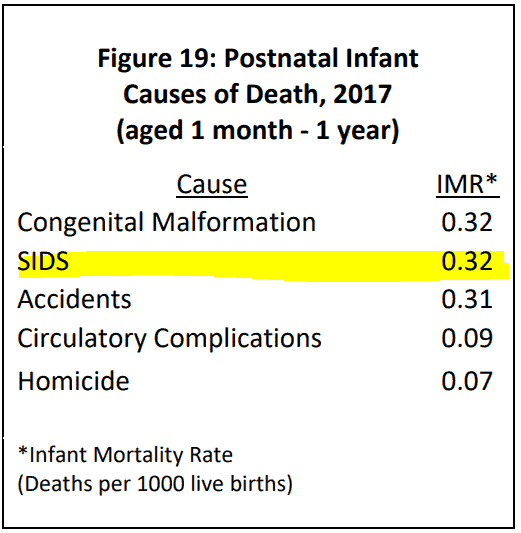 Now what happens if parents return to “well baby” visits and catch up their babies’ shots?!

Will we start losing lives again?

Many thanks to Colorado Health Choice Alliance for the graphs and excerpts from their PDF!

SIDS Largely Eradicated In Sweden & Japan by Doing This 1 Thing