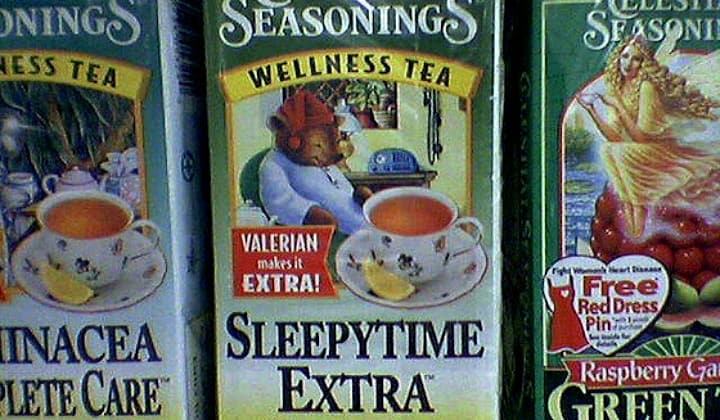 Tea couldn’t possibly have any harmful chemicals or pesticides in it, right? I never, ever thought so, but I was…  well… Wrong!

Still, I’m not giving up my tea anytime soon… whether its chai or green, oolong, white, pu-erh or an organic herbal tea. 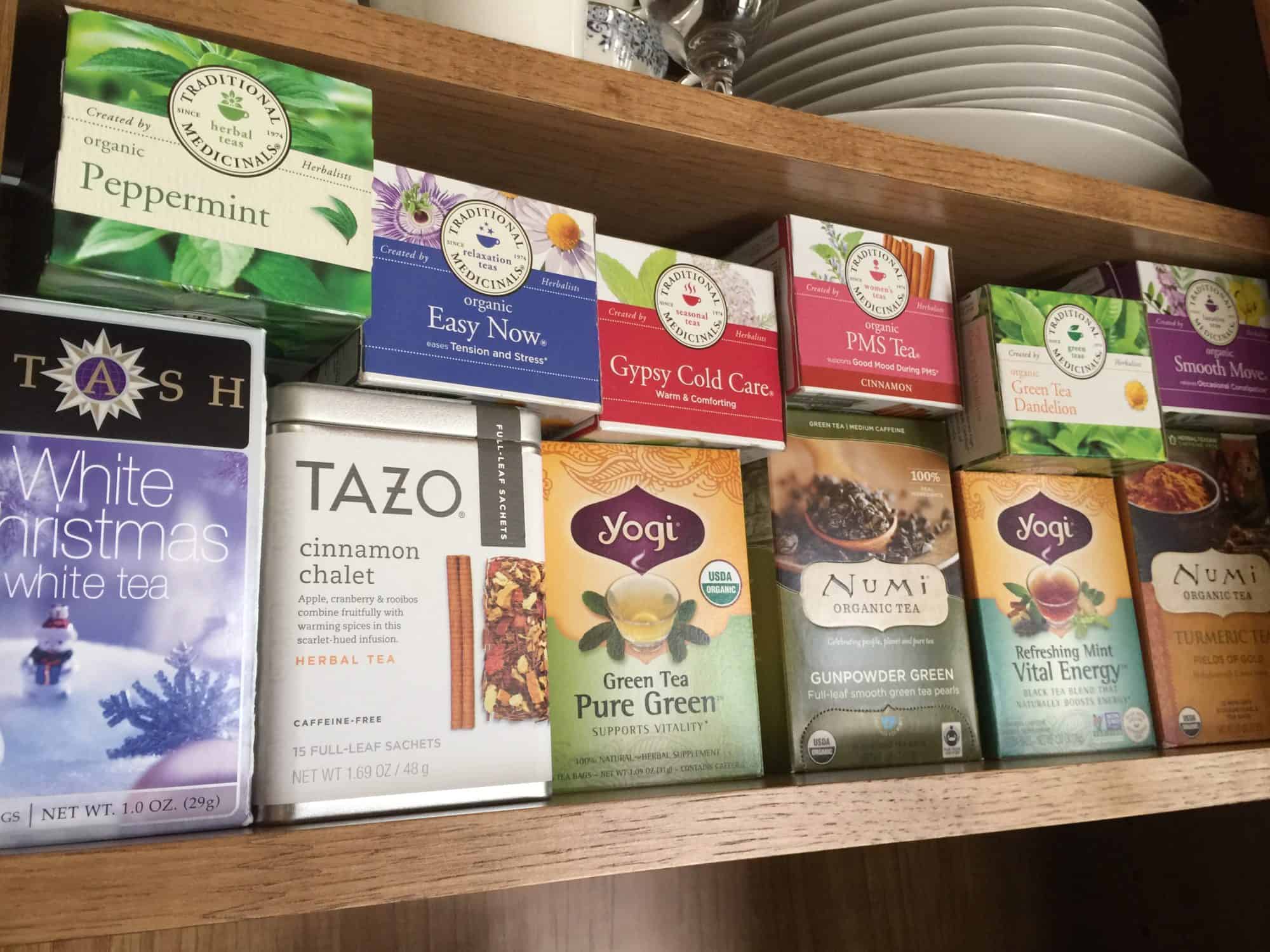 Since a thorough investigation revealed tea (Camellia sinensis) to be a highly-sprayed crop, I’ve switched to specific all-organic tea brands, turning my back on some of my favorites due to tests showing high levels of carcinogens found in their products. 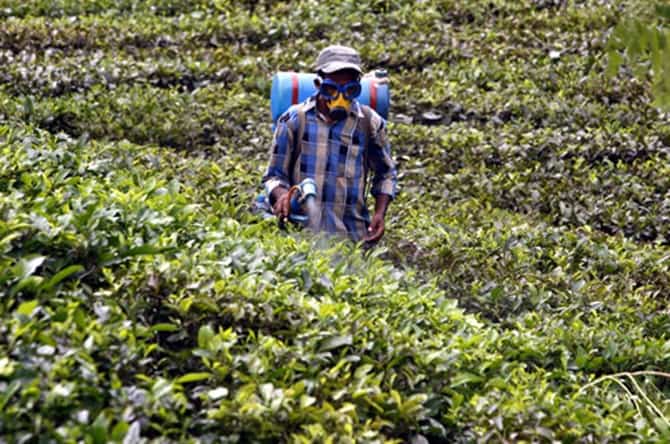 It appears, many tea companies do not source their products from responsible growers. The pressures have mounted with the introduction of industrialized agricultural practices, added chemical fertilizers or engaged GMO practices to make the land yield more. The results of these practices have been environmental pollution, soil erosion, and loss of biological diversity.

A while back, Vani Hari, founder of Food Babe uncovered unsettling facts about 8 popular tea brands:

Then, CBCNews/Canada tested black and green teas including Canada’s most popular brands: Lipton, Red Rose, Tetley and Twinings. Full test results can be found here. Of the 10 brands tested, only Red Rose pekoe came back free of pesticides.

One of the chemicals found was Endosulfan. This chemical is one of the most toxic pesticides on the market today. They also found DDT. Eight of the 10 brands tested contained multiple chemicals, with one brand containing residues of 22 different pesticides.

EuroFins (an analytic testing company) found 91% of Celestial Seasonings teas contained levels of pesticides that exceed the US federal limits. Considering all of the other toxins that the FDA lets slide by, this is frightening.

The Sleepytime Kids Goodnight Grape Herbal tea contained 0.26 ppm of propachlor, a known carcinogen. I may have given this to my children in past years!

Other teas, including the whole “Wellness” tea line, were found to contain traces of propargite, also a known developmental toxin and carcinogen. Meanwhile, thousands continue to drink the popular teas.

Just as Teavana was bought by Starbucks in 2011, 100% of Teavana teas tested were shown to be filled with pesticides in the Glaucus Research study and they were taken to court in a class action lawsuit.

It was cited that 77% percent of their teas would be banned from import in the European Union and 62% tested contained endosulfan, a pesticide banned in the U.S. and 144 other countries because it is linked to impaired fertility and may harm unborn babies.

This year (2017), Teavana stores are all being closed but Starbucks is continuing to sell the tea as a flavored iced tea.

Increasingly popular ‘silk’ mesh bags and sachets are made of GMO corn-based plastic (polylactic acid) and can leach harmful chemicals like BPA. These bags have wooed major companies due to their fancy look and claims of biodegradability. Dr. Mercola explains, “While these plastics are generally considered among the safest in terms of leaching potential, the molecules in these plastic tea bags may still in fact break down and leach out when steeped in boiling water.” 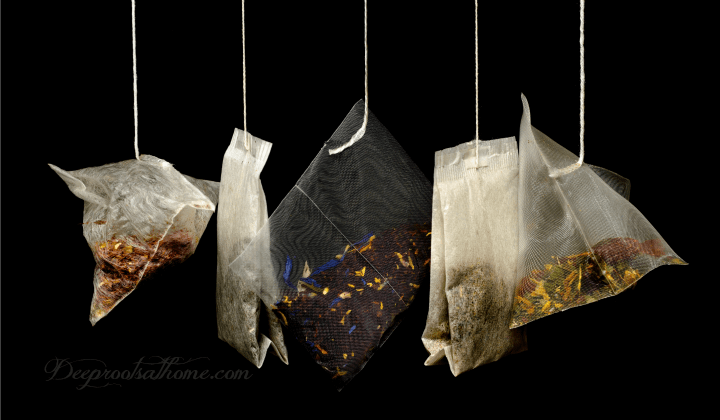 Imagine you could be consuming pesticides from your favorite tea’s bag… Yes this sounds crazy, but it’s true. Some paper tea bags contain the pesticide Epichlorohydrin, a compound used to keep the bags from breaking.

After each tea bag is filled it is sealed with a type of thermoplastic and coated in epichlorohydrin so that it can withstand being in water without dissolving.

Epichlorohydrin becomes active when it is in contact with hot water. This pesticide is known to cause infertility and can harm your immune system. This pesticide also causes cancer in animals. So….why are we drinking tea made in little pesticide bags? 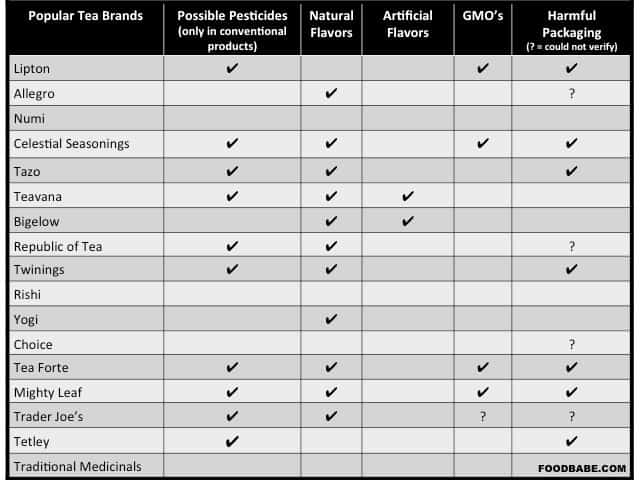 Natural Flavors Are NOT Natural

And those “natural flavoring” additives…labeling laws allow them to hoodwink us with this now; crude oil is natural, but do we want to drink it? It’s still artificial flavoring, but because it began from a natural product its allowable.

So, now, have these companies made sure their teas are not compromised? There is really only one way to know, and that is to go to certified (meaning tested) organic tea.

The following companies have excellent quality control reputations, and all tea bags are free of epichlorohydrin, as well as pesticides and artificial flavorings:

For an even more pure tea:

Fluoride in your tea? This is so interesting!

Knowing where our consumable products come from is becoming ever so much more important! 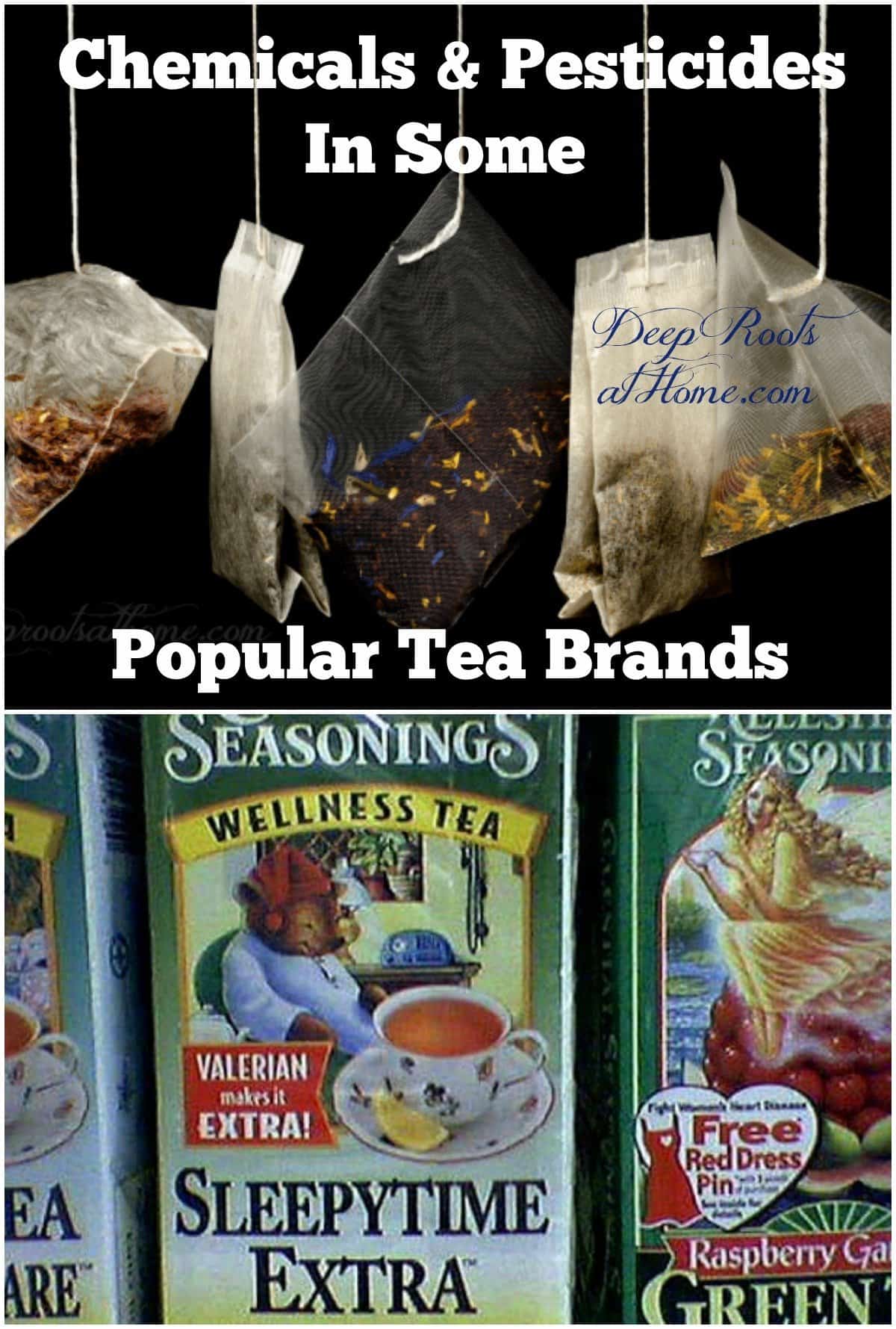