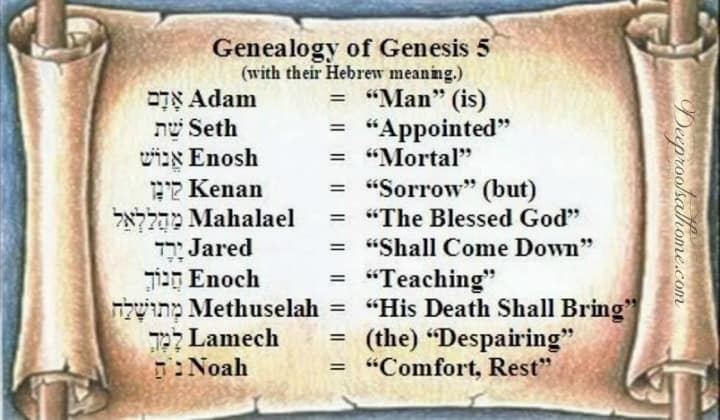 Where is the first place the gospel appears in the Bible? The answer may surprise you. Follow along and you’ll see a summary of God’s plan of redemption – hidden here within a genealogy in the book of Genesis!

Supernatural Crafting of the Gospel in the Bible

The Bible is not simply a bunch of books written by lots of authors over thousands of years; the Bible is a connected whole which bears evidence of supernatural crafting over and over again.

Let’s study to see if the case for biblical authority holds water or not.

One remarkable example of this cohesiveness can be glimpsed in Genesis Chapter 5, where we have the genealogy of Adam through Noah. As we read, we see the Hebrew names, but what do these names mean in English?

The meaning of proper names can be a difficult pursuit. Even a conventional Hebrew lexicon can prove disappointing. A study of the original roots, however, can yield some fascinating insights.

The Indisputable Gospel Is Begun

The Hebrew word adam is translated either as “man” or “Adam” depending on context. Adam was formed from the ground (Gen 2:7). Word play between “Adam” and “ground” (adama) is unmistakable. (source)

Adam’s son was named Seth, which means appointed. When Eve names Seth she says, “God has appointed (???) me another offspring..”. (Genesis 4:25), and traditionally readers have understood that therefore the name Seth must come from ???. (source – see end of page)

Seth’s son was called Enosh, which means mortal, frail, or miserable. It is from the root anash, to be incurable, used of a wound, grief, woe, sickness, or wickedness. And it was in the days of Enosh that men began to defile the name of the Living God. (source)

Enosh’s son was named Kenan, which can mean sorrow, dirge, or elegy. (The precise denotation is somewhat elusive; some study aids unfortunately presume that Kenan is synonymous with Cainan.)

Balaam, looking down from the heights of Moab, uses a pun upon the name of the Kenites when he prophesies their destruction.

We have no real idea as to why these names were chosen for their children. Often they may have referred to circumstances at birth, and so on.

Kenan’s son was Mahalalel, from Mahalal which means blessed or praise; and El, the name for God. Thus, Mahalalel means the Blessed God. Often Hebrew names include El, the name of God, as Dan-i-el, “God is my Judge”, etc.

For more depth on the last 5 names, go here. If we continue and pull all these meanings together we distinctly have the Gospel message.

Put together (with some added conjunctions) it says: Man (is) appointed mortal sorrow, (but) the blessed God shall come down teaching. His death shall bring (the) despairing comfort and rest.

This is just one example of many of how God proves to us the validity of His Word, the Bible. Who else but God could orchestrate a collection of 66 separate books written by approximately 40 different authors from various geographical locations, over a period of about 1,500 to 2,000 years into one cohesive, interwoven story from beginning to end?

The singular message, the “scarlet thread” of truth that binds each of the books together as one make the Bible, alone against all other revered texts, a revelation of God to Man.

“He has saved us and called us to a holy life—not because of anything we have done but because of his own purpose and grace. This grace was given us in Christ Jesus before the beginning of time..” ~2 Timothy 1:9 (italics mine) 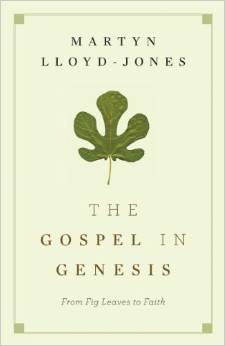 In this series of never-before-published sermons, this beloved teacher walks readers through the early chapters of Genesis. The Gospel in Genesis starts with the fall of man and ends with the call of Abram as it examines portions of chapters 3-12.

Thus Lloyd-Jones preaches the indisputable gospel of Jesus Christ from the pages of Genesis. 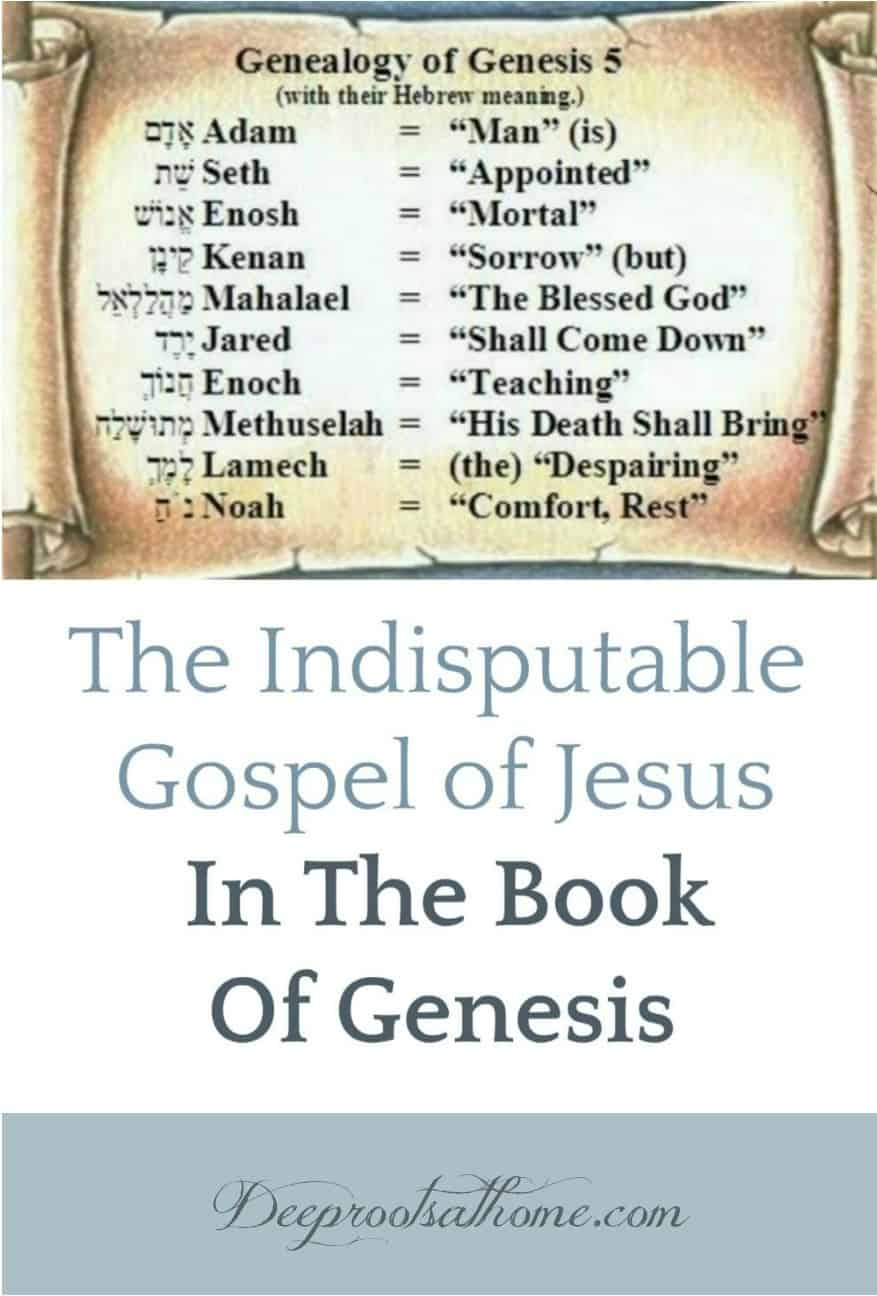