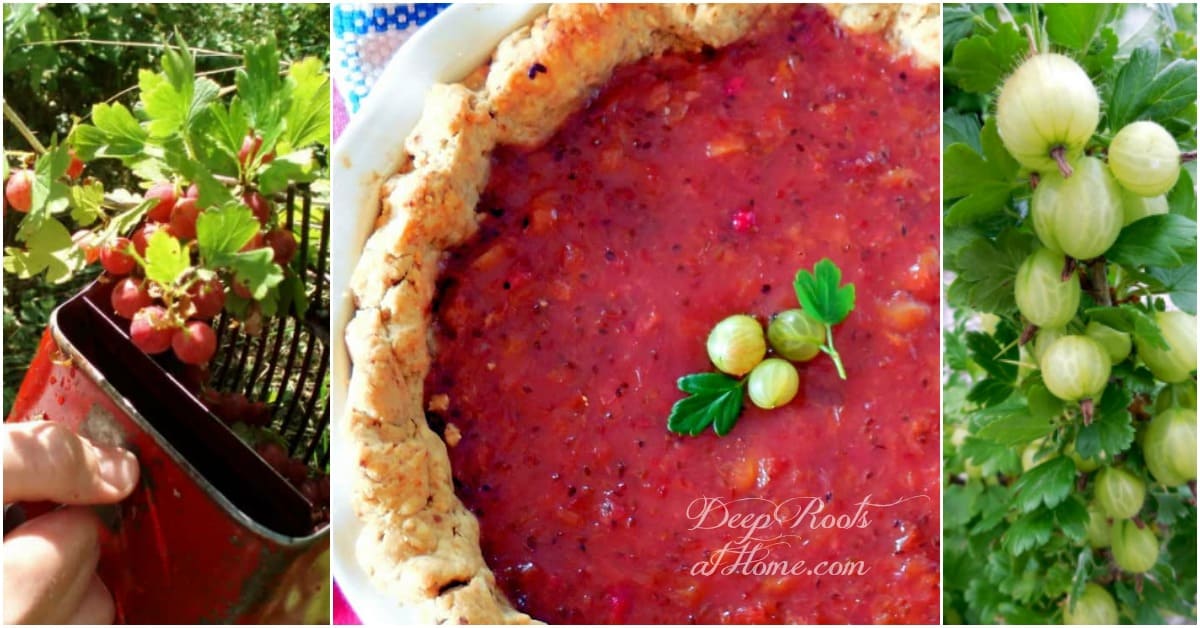 Have you ever had gooseberries (they are also known as ‘ribes’)?

Most of us in the United States have not. ‘During the late 18th and early 19th centuries there was, believe it or not, a “Gooseberry Craze” that began in England and spread to America. At its height, the time, money and passion spent on this humble berry would have made Beatlemania look like a passing fancy.’ (source)

Recently, out of fascination, I planted 2 chubby little Invicta gooseberry bushes. This year, I’m excited that after two years of drought nearly killing them, we had our first real harvest… and what a crop it was!

Now there is an old-fashioned gooseberry pie in the oven!

If I could, I would bottle up the aroma wafting around the kitchen and our house right now! We have never smelled anything quite like it~slightly floral and spicy (like cinnamon)!

According to Mother Earth News,

“When you first bite into a ripe gooseberry, the tartness of the skin is balanced by the burst of sweet nectar from the flesh of the fruit.” 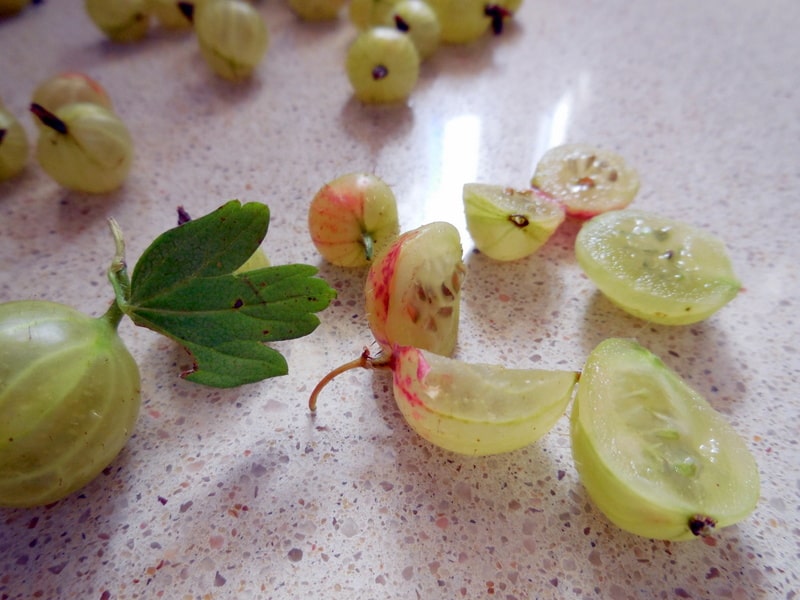 I think gooseberries are a little like the Sweet Tarts candies of my teens, but clean and fresh and very healthy! They have significantly high amounts of phenolic phytochemicals especially flavones and anthocyanins. These compounds have been found to have numerous health-benefiting effects against cancer, aging, inflammation, and neurological diseases. 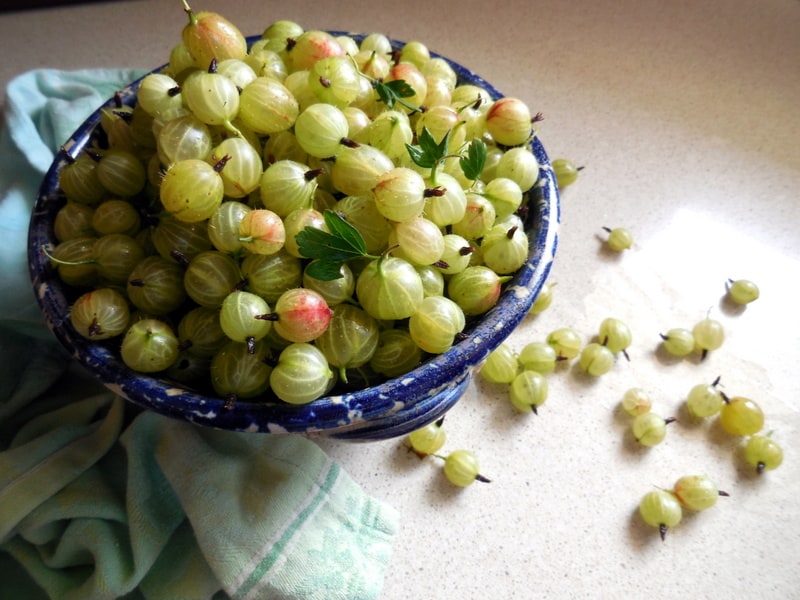 Gooseberries (and currants which we also grow here) are used in tarts, jams, and other desserts. Many think they are even better for eating out-of-hand.

Pulling off those little flower tails from each nickel-sized gooseberry is not necessary at all.

For many of our country grandparents and great-grandparents, gooseberry pie represents a long-ago beloved time and place. For those whose childhood was spent on a farm or countryside where rambling through the woods with the dogs and picking berries in summer was part of life, it has special memories.

My husband’s Grandma made piecrusts from lard rendered from the hog butchering, and she picked her own gooseberries and canned them. This is very much like her recipe. 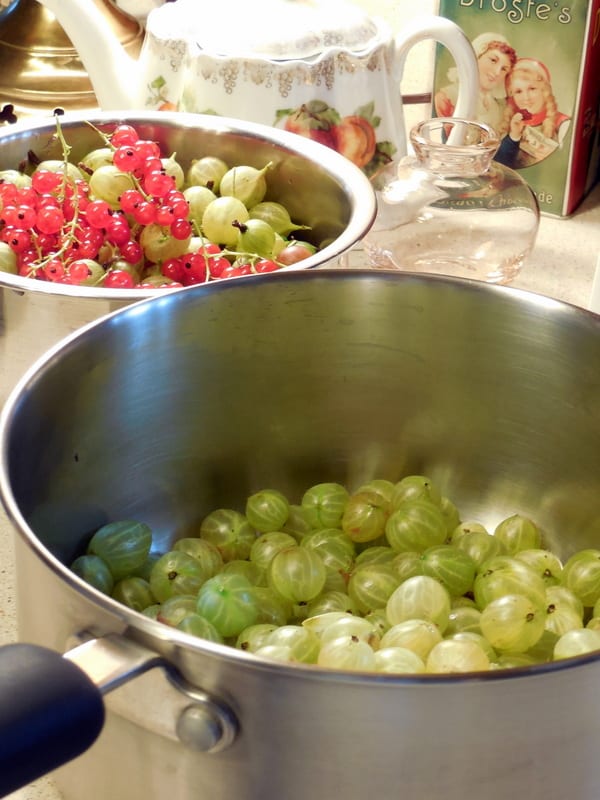 Note: I forgot to make the cornstarch ‘slurry’, *Humph!* and had to mash out the resulting lumps, so the poor gooseberries sustained a beating! I think it would be prettier if you could retain more of the appearance of berries.

Directions for the Crust:

Another note: this isn’t the kind of pie that is perfectly sliceable. You might need to scoop out servings with a spoon. Even so, it’s such an enjoyable treat especially with a scoop of vanilla ice cream.

Gooseberries do well in cooler climates. It’s best if they are planted in zones 3-5.

If you have room for a shrub that is about 3-4? tall and wide, you should be able to plant your own currants and gooseberries.

Gooseberries and currants are not at all difficult to grow, and they tolerate a wider range of conditions than most fruit plants. Choose a location that receives some afternoon shade. Our plants were purchased at Edible Landscaping.

A friend who lives in Sweden sent me the link to the berry picker they use there! 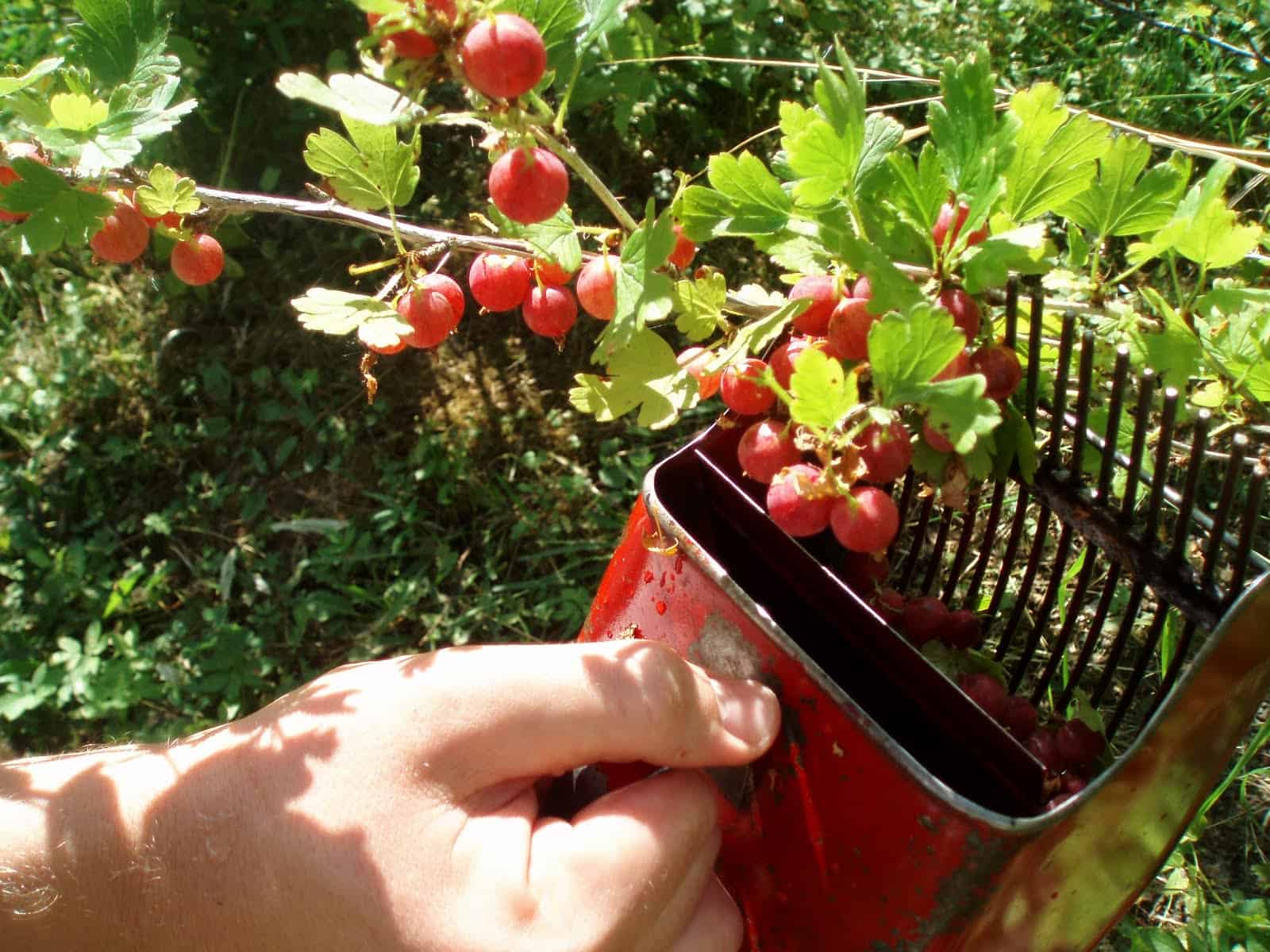 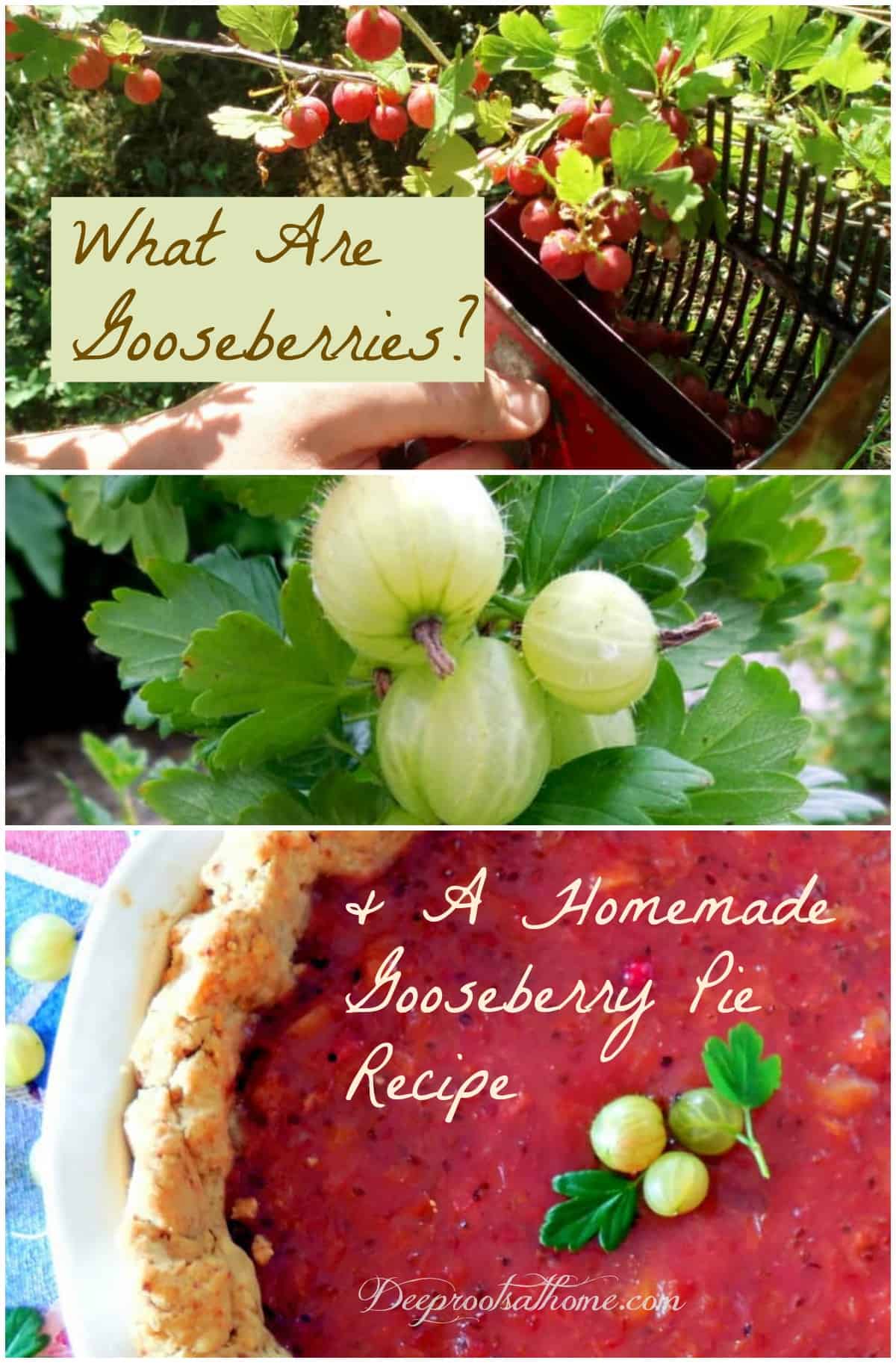