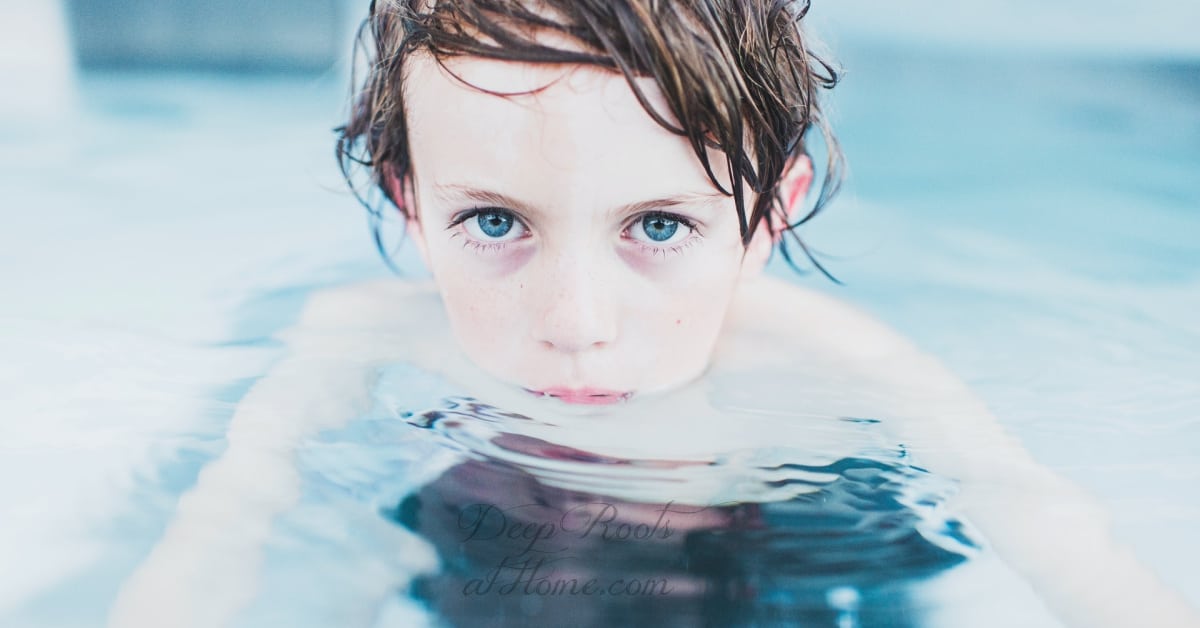 Photo by frank mckenna on Unsplash

(By Rebecca Davis. This blog was first posted on The Stand six years ago. American culture has not changed course concerning the subject matter.)

It is almost swimsuit season. There are a number of adjectives I could use to describe my disdain for this time of year. Itsy-bitsy and teeny-weeny are two of them.

No, I’m not a prude, and no, I’m not bitter because I don’t have the perfect figure. I have never been Ms. Skinny Mini, and after having two babies and holding on to an extra 10 pounds each time, I probably never will be. But that’s not really the reason I dread swimsuit season.

Actually, summer is one of my favorite times of the year. I enjoy taking our son to the pool. He begs year-round to go to the beach.

Buy the older he gets, the more difficult it becomes to take him to the beach…to the grocery store, to the mall, even to church at times. His eyes are constantly surveying his surroundings, and many times he sees entirely too much.

Although he is only four years old, his little mind is wired to be visual. The dominant perceptual sense in men is vision. God made males that way for a reason, and I’m thankful he did.

There are a number of studies that conclude male brains are more visually stimulated than the female brain. It’s a fact that my son’s actions prove true, even at such a young age.

For example, from the time he was about two years old, if we were in a store and simply walked past the lingerie section, he would point and say “Mama.” Now, it’s all I can do to keep his eyes from innocently zoning in on the window displays when we walk rather hurriedly past Victoria’s Secret.

For several months now, I have been receiving issues of Glamour magazine in the mail. I have no idea why. Somehow I became a subscriber to the magazine. (I have tried to cancel my unwanted subscription but that’s another story.) An issue came in the mail; I accidentally left it facedown on the counter before putting it in the garbage can. I was in the kitchen cooking and noticed my son sitting at the counter staring at a scantily clad woman on the back cover. My heart sank.

Then it wasn’t long after that he was with me in a beauty supply store. I was down on my knees examining some shampoo (for color-treated hair, I admit) when my son picked up a small promotional card off the nearby shelf, handed it to me, and said, “Mama, look!” The card pictured an outstretched woman in a seductive pose wearing a skimpy swimsuit. Again, my heart sank.

Let me make a very clear disclaimer at this point. My son is only four years old. In no way am I implying that his observations are sexual in nature. They are not. His reactions are natural – not lustful – responses to the way his brain is wired.

I use the above examples to show just how powerful a female’s attire can be over males of all ages.

When my son sees a woman wearing clothes that barely cover her body, be it in a picture or in person, he always asks, “Mama, why are they dressed that way?”

I’m thankful for his questions; they make for good teachable moments. I’m thankful that seeing women dressed immodestly is not the norm for him right now. I want it to stay that way, but the reality is it won’t.

So, as his mother, how can I protect him?

How can I teach him to channel the wirings of his little brain through a biblical worldview?

How can I keep his mind, heart, and body pure for his future wife, if the Lord wills him to marry one day?

More than that, how can I encourage him to live a daily life of purity out of love and honor for God?

Honestly, I don’t have the answers to all these questions. I am learning that parenting is a day-by-day journey.

One thing I do know is that, with my husband, we can make an extra effort to keep our son’s eyes from seeing the immodest pattern of this world by monitoring what he watches, changing the channel if need be, diverting his attention elsewhere when in public, and having open and honest dialogue with him when he does have questions about what he sees. Our aim is to always do so out of honor, never out of shame.

We can also show him the importance of modesty by the way I dress and by the way we dress his little sister.

I can encourage you, ladies, to be intentional about what you wear (or don’t wear) to the beach or pool or anywhere this summer.

If nothing else, be mindful of your appearance for the sake of my son…your son, or someone else’s son. Actually, keep all men in mind! You may have no idea what you do to them – and to yourself – when you wear a bikini or expose yourself in other ways.

In the meantime I will teach my sons to value and respect all women (and people), that ‘no’ means ‘no’, and I will do my utmost to teach the preciousness of all life. No man has a right to disrespect a woman NO MATTER HOW SHE is dressed, and there is no excuse to not control himself in all circumstances, period.

Actress and swimsuit designer Jessica Rey explains it well in her 10-minute video “The Evolution of the Swimsuit.”

I ask you to watch it. It is so eye-opening.

She drives home the power of the bikini, which was invented in France in 1946 by engineer Louis Reard. It was considered to be so scandalous at first that French models would not even wear it, so Reard had to hire a stripper to debut it. (Times have certainly changed.)

Here are some excerpts from her talk:

[Presently] the popularity of the bikini has been attributed to the power of women, not the power of fashion. And a New York Times reporter called the bikini, the millennial equivalent of the power suit.

A few years ago, male college students at Princeton University participated in studies of how the male brain reacts to seeing people in different amounts of clothing.

Brain scans revealed that when men [were] shown pictures of scantily-clad women, … some men showed zero brain activity in the medial prefrontal cortex, which is the part of the brain that lights up when one ponders another person’s thoughts, feelings, and intentions. Researchers found that shocking, because they almost never see this part of the brain shut down in this way.

Analysts at the National Geographic concluded that bikinis really do inspire men to see women as objects, as something to be used rather than someone to connect with.

“So, it seems that wearing a bikini does give a woman power, the power to shut down a man’s ability to see her as a person, but rather as an object” ~Jessica Rey

Therefore ladies, I implore you to think twice before you put on a bikini this year.

Respect the boys and men in your life.

Be mindful of what you wear every day if it’s for no other reason than this:

“Do nothing from selfish ambition or conceit, but in humility count others more significant than yourselves.” (Philippians 2:3, ESV).

As with everything in life, modesty is an issue of the heart. 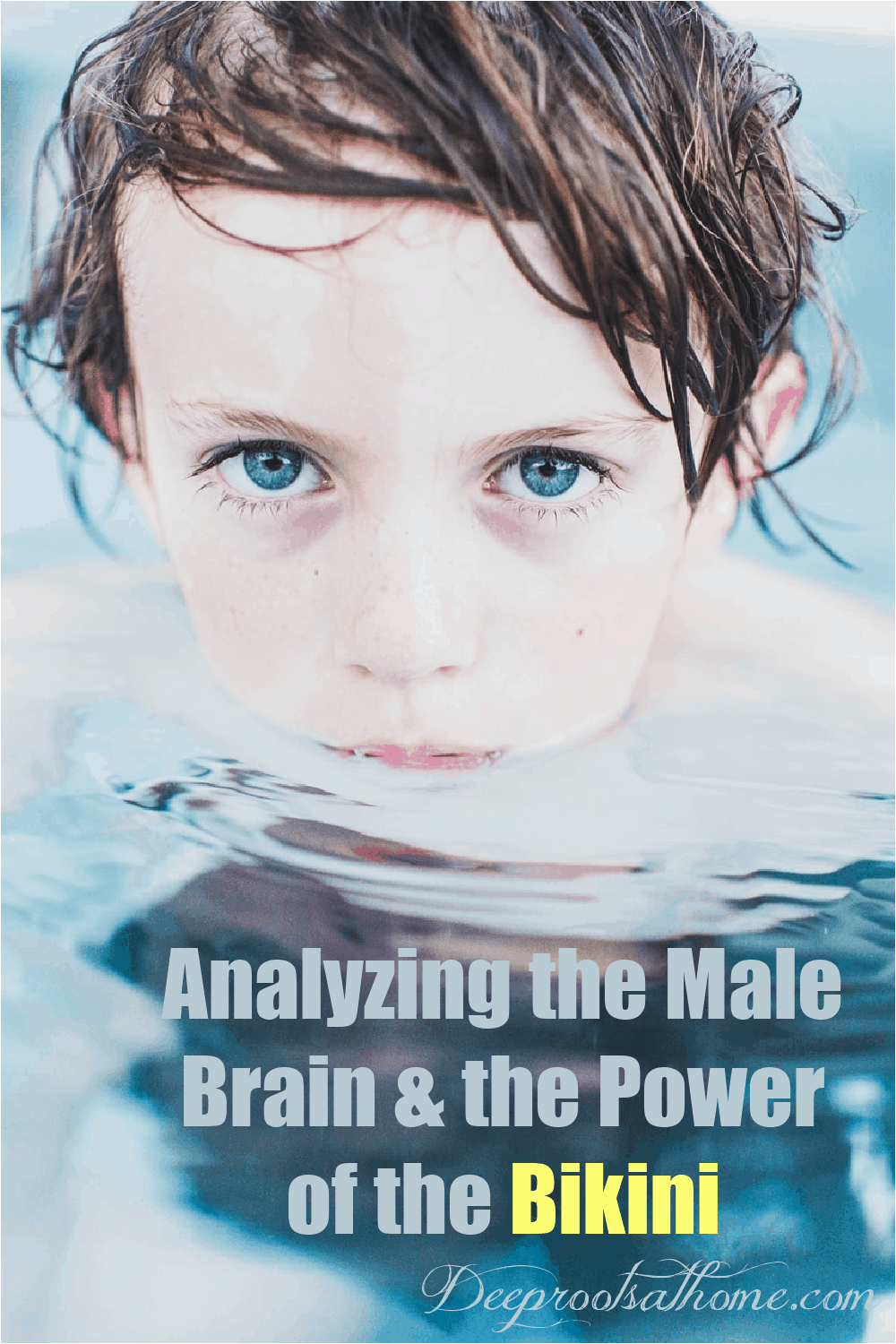