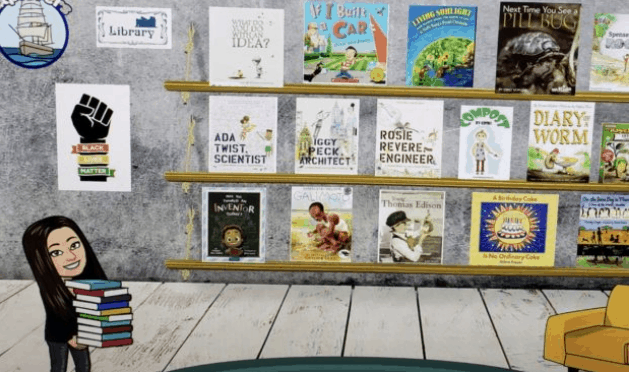 A Tennessee school district asked parents to sign a form agreeing NOT to monitor their children’s online classes.

At the same time, the Tennessee Bureau of Investigation (TBI) warned parents to be exceptionally vigilant about what their children are doing online after tracking an increase in cyber-activity by sexual predators. (source)

But that’s not the only concern parents should be aware of in virtual schooling.

“The book instructs students that “environmental justice is the way!,” celebrates May Day demonstrations, teaches students to demand “no justice, no peace” and “no war,” and asks students, “Are you an activist?” It also encourages students to “Agitate! Organize!” and promotes “Workers rights!” and “Union. Union yes!!” The story ends by promoting Zapatista, a far-left socialist political and militant group.” ~Jason Rantz

Early CRT Curriculum To Look For

PS you do not need to watch much to get the gist!

The book is titled “A is for Activist” and read by Tom Morello:

Next, the video “Animation Series: Something Happened In Our Town” was shared to Grove Elementary’s online system by a second grade teacher in Marysville (WA). (source)

The story line in the video hinges on a young black boy and a young white girl’s viewpoints on a white officer shooting a black man.

“When the white girl asks why police shot the man, she’s told by her sister, ‘The cops shot him because he was Black.’ The girl’s mom says it was a mistake to shoot the man, noting that, ‘It was a mistake that is part of a pattern’ where white people are treated well, but not Black people.”

In the video, the black boy’s father tells his son the officer “won’t go to jail.” The boy’s brother says, “Cops stick up for each other. And they don’t like Black men.”

Most 7 year-old second graders will believe these messages are factual and true.

However, the messages are not factual.

Students are urged to “take a knee,” “organize a union,” and “strike.” (source)

The school had suggestions for various other curriculum, including The Woke Kindergarten YouTube host Ki, who on one page published a photo promoting “Police-Free Schools.”

Parents, are there “educational” plans like this underway in your state?

If you are schooling online, are you watching what curriculum is coming into your home via the computer?

This is the perfect time to truly homeschool your children and forsake the corruptive government virtual classes.

FREE education, FREE curriculum, FREE computers, FREE Internet access all to be enjoyed in the comfort of your own home! Sounds enticing, doesn’t it? Online virtual schools can offer big incentives, but are they really free? Find out more here.

See a list of KNOWN Socialist-leaning radical professors who are teaching division and planting seeds of unrest in our colleges and universities.