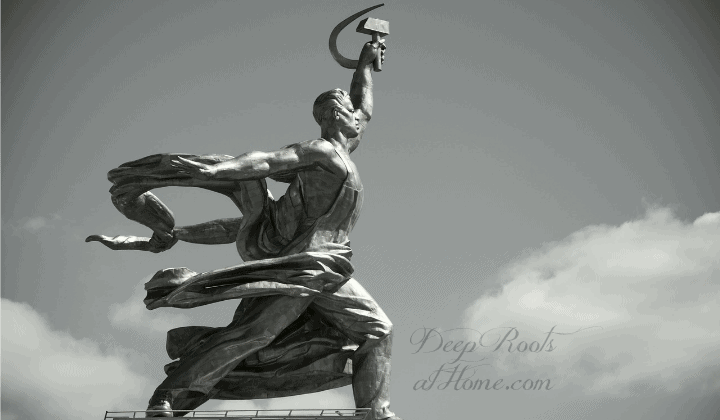 Image by Evgeni Tcherkasski from Pixabay

By Israel Wayne of Family Renewal, LLC, with permission.

While Americans were being trained to be germaphobes and were preoccupied with making sure their masks fit just right, certain groups silently implemented their long-held plan to create the largest shift in economic and political power America had ever seen.

What ramped up after 9/11, and escalated after the government-created housing collapse in 2007, was given an injection of steroids in 2020.

Billionaires, in conjunction with federal Republicans and Democrats, implemented economic policies that would cause the net worth of the top 1% of wealth-holders to become exponentially MORE wealthy through unfair legislation and tax breaks, while small business owners were pulverized by not being allowed to compete in the marketplace.

M-rxists have never been about equality. They are always about control and creating more wealth for the 1%. Also, during this same time, their revolution included replacing cultural landmarks, inciting internal civil strife, race riots, and infiltrating religious organizations by banning their meetings, making them dependent on federal aid while requiring them to comply with unprecedented new mandates such as giving over the names of those who attend public meetings (COVID contact tracing).

Make no mistake, we are in the midst of a M-rxist revolution. The sad part is, it won’t be bloodless, and we haven’t begun to see the end of it. A real virus (whether created or organic) has been seized as the needed impetus to override the Constitution and shift power from the working middle-class to the elites. The goal is make citizens dependent on the government and afraid. We saw this with the creation of the Patriot Act and TSA. We saw it again in the federal bailouts of 2008 that unfairly benefited some corporations while facilitating the demise of thousands of others.

Now the floodgates have opened and I fear we’ll never get them shut.

Be prepared for mass mandatory vaccination laws, greater expansion of control over private schools and homeschools (since most will soon will take government money through federal school choice), the creation of more federal agencies, more government employees and less private sector workers, more government tracking of individuals, increased control of information and suppression of dissent (especially by the billionaires who control social media) and a probable election debacle precipitated by alleged mail fraud because of millions of mail in ballots.

The M-rxist Progressives have tasted victory and now they are emboldened. The LGBTQ movement will stop talking about equality and start acting to punish dissenters.

The America you and I were born into has been held hostage by cultural M-rxists. Compliance is their goal, and we’ve been conditioned for it by decades of conditioning in socialistic government schools.

A old story recounts how someone asked Josef Stalin how he would be so cruel to his people and still have them comply. He called for a chicken, held it and slowly plucked it in front of onlookers. He set it down, trembling and in shock. He then took a bowl of milk and put it on the ground at his feet. The chicken hobbled to the milk and began to drink. Stalin informed his stunned observers that people will endure any treatment, no matter how cruel, as long they depend upon you for food.

Oh how I wish Americans knew history and economics! We’re being played folks. And we’re too dumbed down and dependent to even realize it.

How Shall We Now Live in a Revolution?

In response to my recent posts on social media about the cultural revolution taking control of our society (and what is coming soon for us), several people have asked me:

“Other Than Pray and Vote, What Can We Do?”

I appreciate your question! I don’t want to leave you with no strategy. Many of the right things to do I’m sure you are already doing. We need to never skip past the important prayer aspect! Sometimes we say, “All we can do now is pray.” While it isn’t true that is the only thing we can do, it IS the MOST IMPORTANT thing we can do.

The vote component is difficult because increasingly, red shirts and blue shirts all play on the same Socialist team. We have Socialist Heavy and Socialist Light. The problem with Socialism is the Socialism, not really the degree. However, slowing the evil gives us more time to work, so vote against the deeper shades of M-rxism when you can, and really get behind true Constitutionalists if they ever run in your district!

Some things that come to mind for us to do “while it is day”:

1. Encourage everyone you know to get their kids out of the Socialist Government School System!

We must rescue the children who are being indoctrinated into this Cultural M-rxist ideology. I’d recommend giving copies of my books, Answers for Homeschooling: Top 25 Questions Critics Ask, and Education Does God Have an Opinion? to friends and let the books speak for themselves. They say everything that needs to be said.

2. Don’t send your children to a secular college unless you have at least three angelic visitations, and personal phone calls from the Pope and Benny Hinn telling you to. 😉 Even then, I probably wouldn’t do it! (And be super-picky on Christian colleges too!)

70% of all professing Christian youth deny their faith by the end of their freshman year at a secular college. They are cesspools of Cultural M-rxism and atheism.

3. Churches need to decentralize and many need to unincorporate (or never incorporate in the first place).

I’ve been saying for years that such a time would eventually arrive, and I think that time is now.

A large 501-c-3 church is too large and top-heavy to avoid compliance with government mandates. There are many churches that are not incorporated that can operate fine with 100 people or less and no salaries. We need a lot more of those kinds of churches. If you don’t need to own a building and pay staff, you have a lot more options. Think of how the Church operates in communist and Islamic nations around the world and you’ll get the picture.

4. We need to establish true Christian community (not communes – and Facebook groups don’t count!), because we are going to need each other more than ever before as we move forward.

If you have local Christian friends you trust, hang on to them for dear life, and learn to work things out and remain friends! If you don’t have them, ask, seek and knock for them (see Matt. 6).

When you are debt-free, you have options. When you have debt, you are a slave and can’t make the best choices for your family.

Whoever pays for it will control it.

If the financial faucet gets turned off because of unemployment, downsizing, etc., you can become dependent on the State (which is what they want). Look for alternative revenue streams.

8. If possible, start growing your own food, and keep several months of food storage on hand.

It’s not paranoia, it’s wise stewardship. What we saw with the COVID-19 rush on toilet paper and food is just a dress rehearsal for how bad the supply chain can be disrupted if we have two or three crises collide.

Also study theology and Apologetics. There are some great links on my ChristianWorldview.net website.

10. Shift some of your free-time into action. Find a cause you believe in and donate some time.

Yes, donate money, but also time. Get involved in the work! We lead by example. If we want our children to engage the culture, we must as well.

In the final analysis, there is little we can do to stop a monstrosity the size of our government. We do need to know, personally, for us, where our line of compliance ends.

I’ll suggest social distancing, masking ourselves, and masking our children isn’t the line to choose.

But those things should wake us up to the bigger picture.

So make no mistake, we are in the midst of a M-rxist revolution.

We need to know what orders we will eventually be forced by conscience to disobey. There must be a line for every true Christian where they must choose to obey God rather than man.

We will not live through anything that millions in history haven’t survived before us. We can learn from their example how to band together and be overcomers amid cultural revolution.
Jesus said:

“I have said these things to you, that in me you may have peace. In the world you will have tribulation. But take heart; I have overcome the world.”
‭~John‬ ‭16:33‬ ‭ESV‬‬

In the end Jesus wins. Don’t grow weary in well-doing my friends.

“Do not be overcome by evil, but overcome evil with good.” ~‭‭Romans‬ ‭12:21‬ ‭ESV

Israel Wayne is an author and conference speaker. He is the Director of Family Renewal, LLC and Site Editor for ChristianWorldview.net. 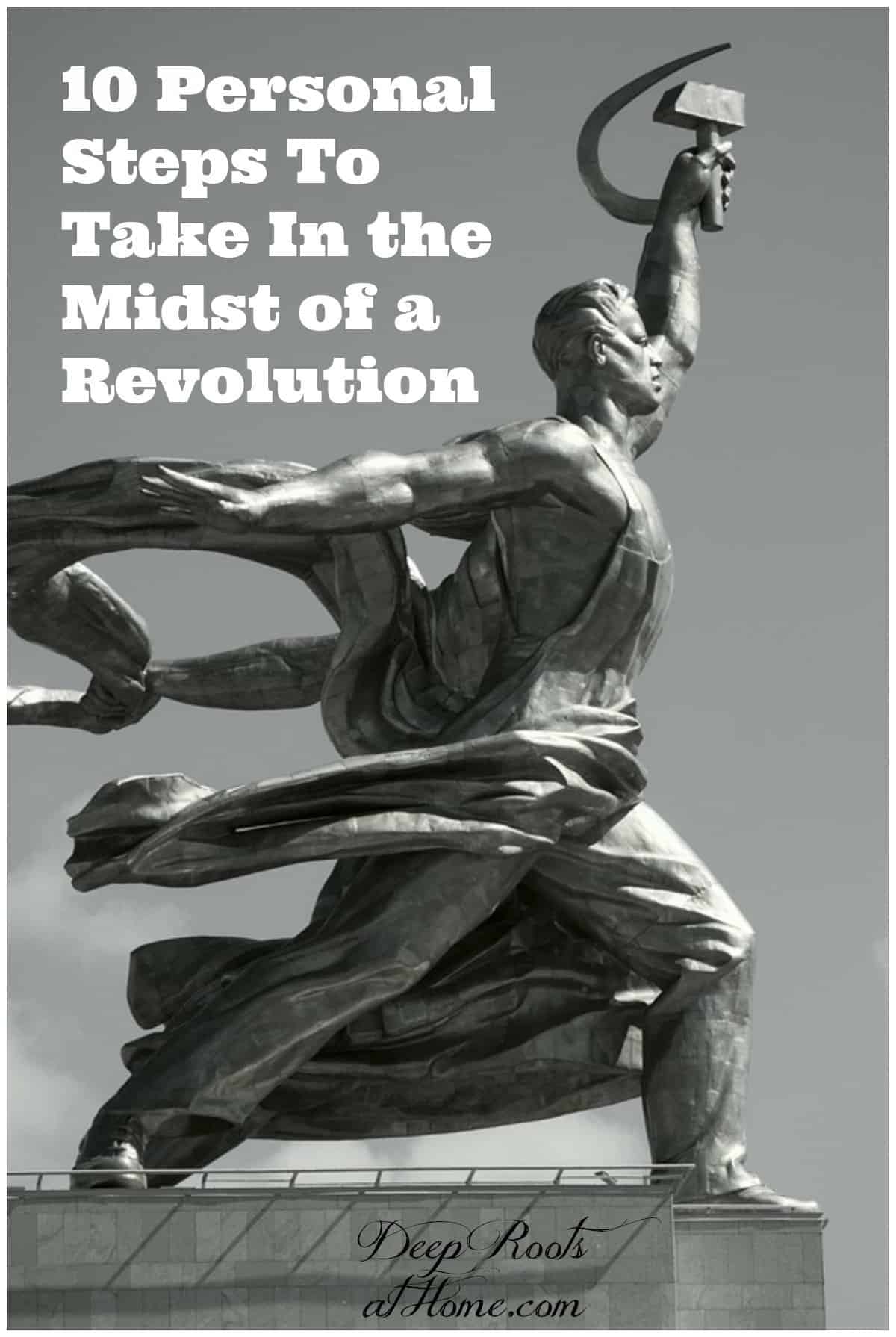 Share3.7K
Telegram
Pin158
3.8K Shares
« A Safe and Simple Way to Turn Breech Babies in the Womb
Be Aware of Early CRT Curriculum in the Second Grade! »