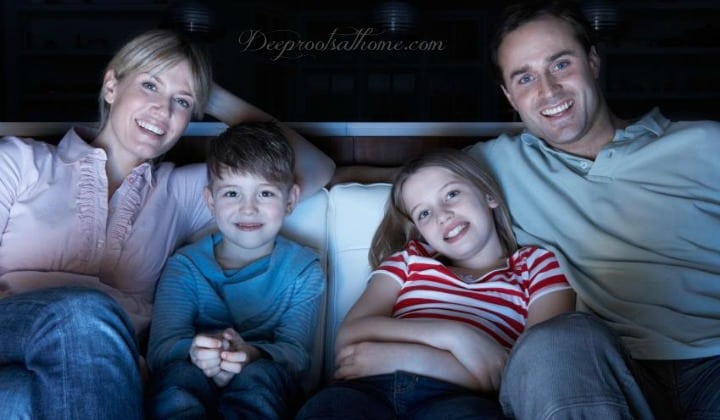 If you are looking for a wholesome movie for a family night during the Christmas season, I have a number of great Christmas films for you to consider.

These films all provide different contexts with which to discuss and process many topics together without compromising hearts. The conversations that will come from a few well-chosen stories can open wonderful doors of communication and, in our home, they often carried over to mealtimes and still do.

Taking the time to explore attitudes and different cultures gives you, the parent, a powerful opportunity of guide the character development of your children and instill biblical values while they are bonding with you at the same time.

You can decide whether these movies are for your family or not.

There are 15 more movies listed below these first 6!

1.) The Christmas Miracle Of Jonathan Toomey, 2007 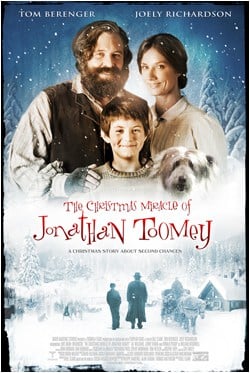 The tale revolves around two lonely, broken people. Jonathan Toomey is a woodcutter who loses his ability to love when he lost his wife and child in a horrid accident, and thus earned the nickname Gloomy at the hands of misunderstanding town children.

A most unexpected friendship blossoms between Thomas and the old woodcutter which heals the wounds and melts the heart of each hurting soul.

We love the book The Christmas Miracle of Jonathan Toomey by
Susan Wojciechowski, and the movie follows the book fairly closely. 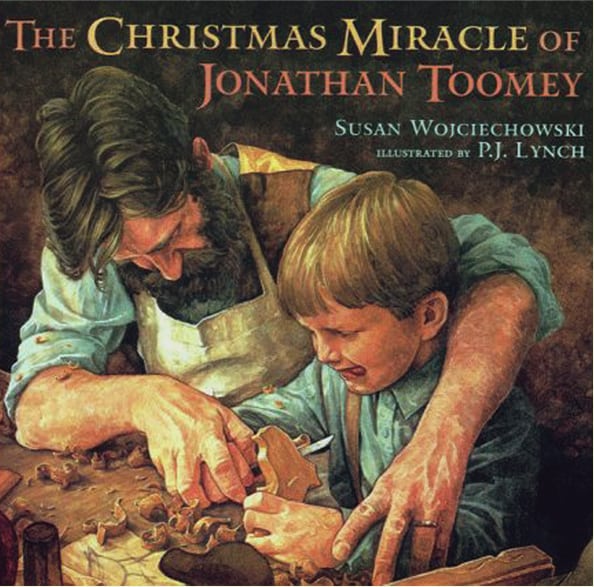 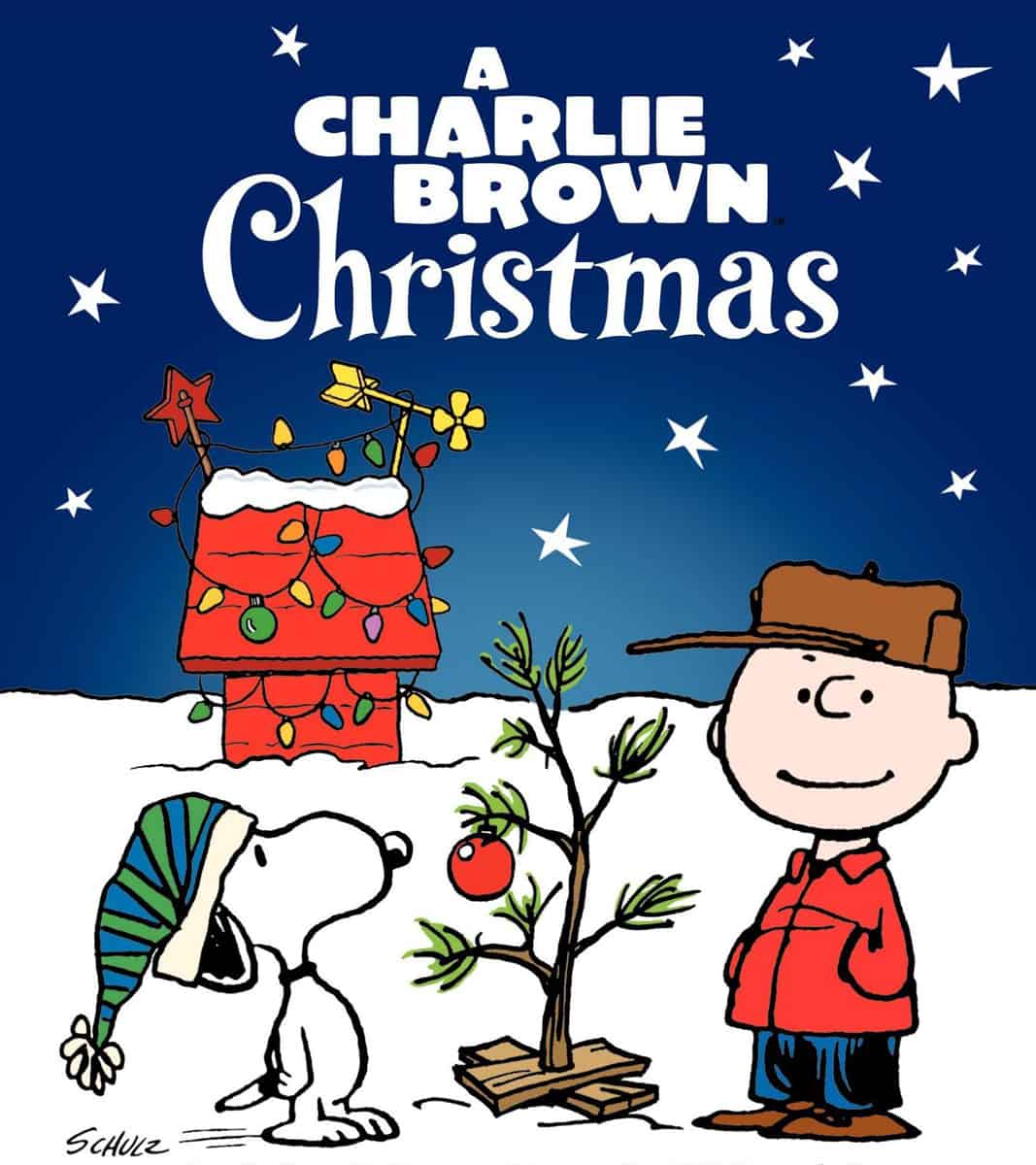 My husband loves this simple and poignant story because this captures his philosophy on so much of life. Winsome and endearing, this will soften all but the hardest of hearts.

Available on Amazon.com. The book is equally delightful. 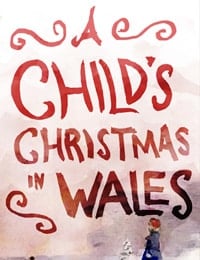 Dylan Thomas’ 1955 poem, originally written for radio, is meant to be savored on a chill winter’s night, and nostalgically portrays a simpler time, with a child’s special imagination. On Christmas Eve, kindly grandfather “Old Geraint” (Elliott) shares stories about his Christmas past with his beloved grandson, Thomas (a perfectly elfin Mathonwy Reeves).

This film can enrich and inspire your family traditions during the holidays. To further savor the story, you’ll enjoy the book, A Child’s Christmas in Wales. 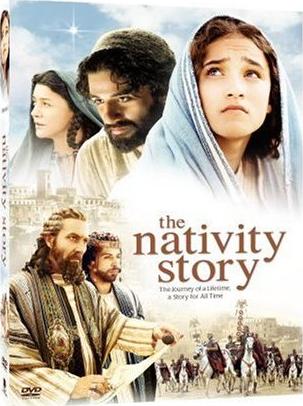 This offers an excellent teaching opportunity (before viewing and after) to give a real context to this vital part of God’s Word, the birth of Jesus Christ. It is rich in historical significance, and the music is excellent.

An ancient prophecy regarding the arrival of a new Messiah, the King of Kings, is well known. Understandably, King Herod is concerned about the threat to his power…

Wise men also know of the prophecy, and having followed the alignment of the stars, they believe the Messiah will be coming soon… 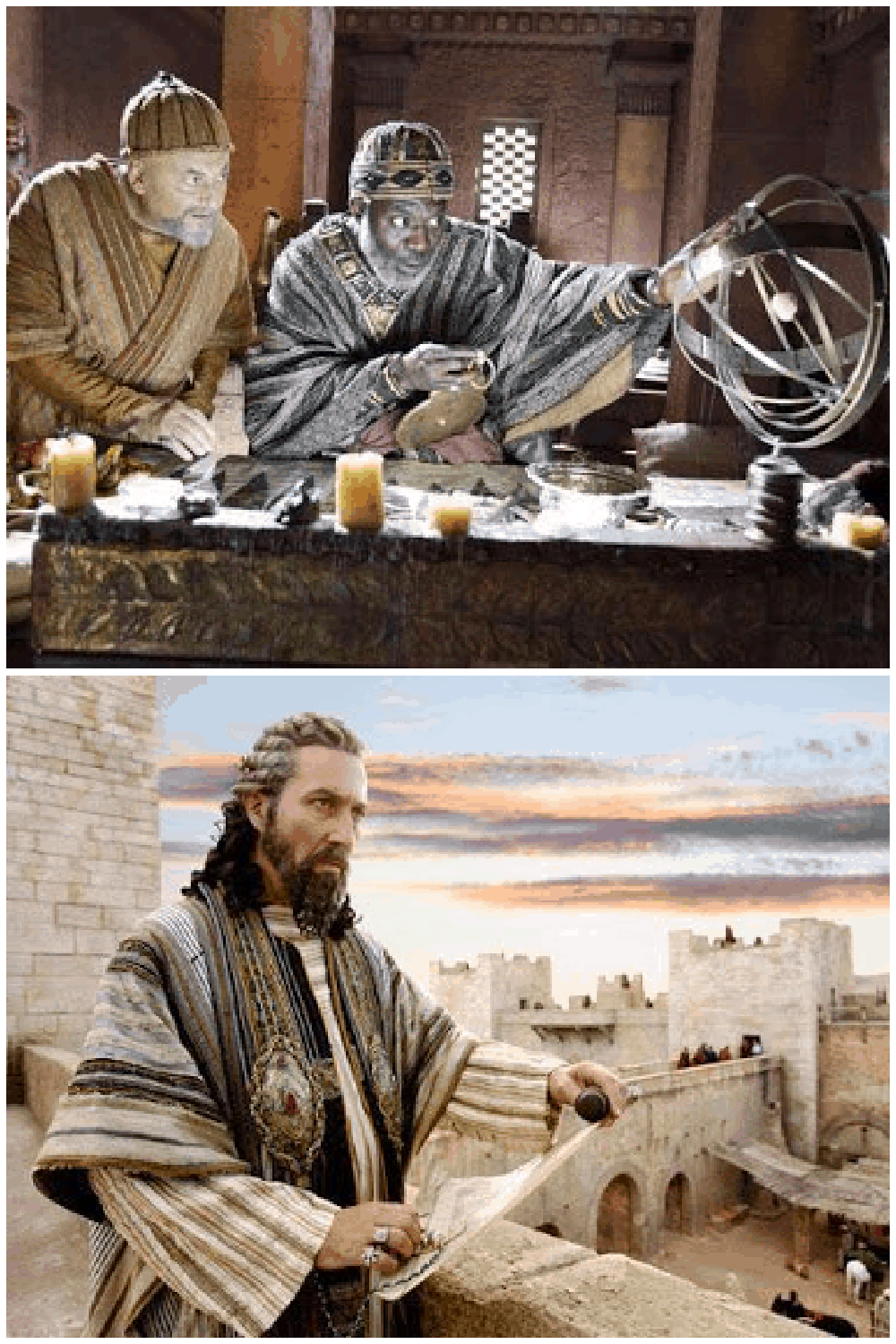 Here is a review that offers insight, focusing on the nativity (as shown in the movie), the events surrounding Jesus’ birth, and how the film develops the characters “fleshing them out.” 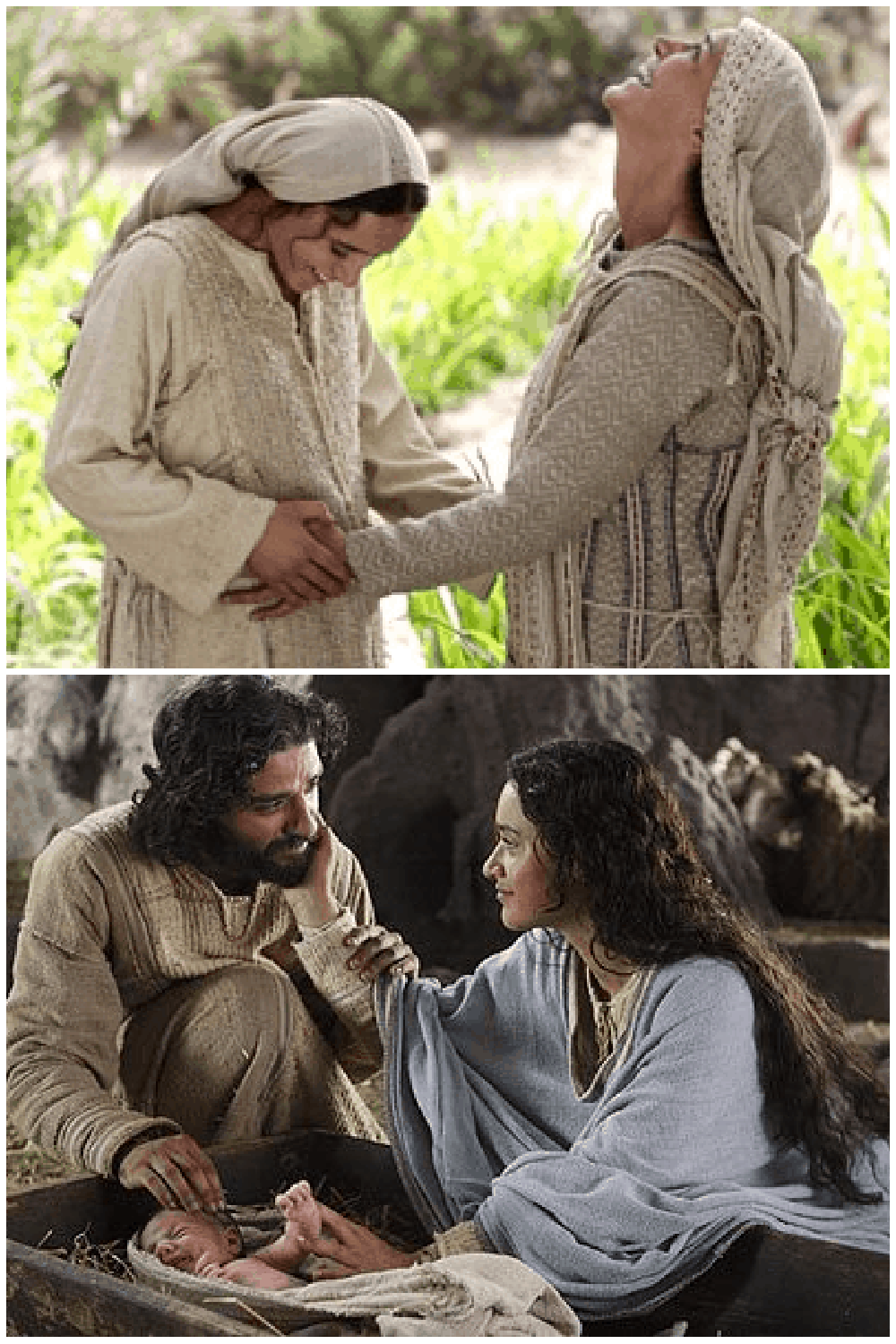 It is along the lines of the The Ten Commandments in its cinematic scope, and follows biblical history closely (except for the number of wise men).

It is also available on Amazon.com. 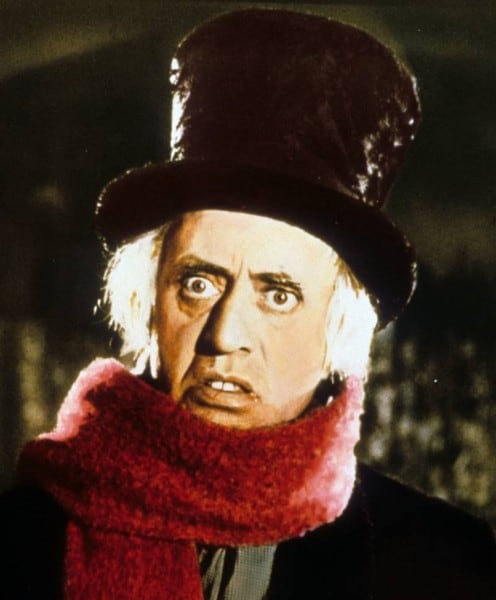 Watching as a family has been one of our favorite family traditions! In fact, our kids have many of the memorable lines memorized by now.

First off, the 1951 British version, starring Alastair Sim, is simply the BEST of many, many out there (in our opinion).

Dicken’s wonderful old story is so well-known that the actors really have to step up their game, and thankfully, Alastair Sim is a phenomenal Ebenezer Scrooge. He’s as genuine in his disdain as he is in his joy at the end.

It’s nearly impossible to make a bad movie out of Charles Dickens’ 1843 novella A Christmas Carol. A bona fide classic, Dickens’ story is equipped with rich characters, an evocative setting, valuable messages, and wonderful sentiment. It remains one of our favorite Christmas films, worthy of watching together every other year! 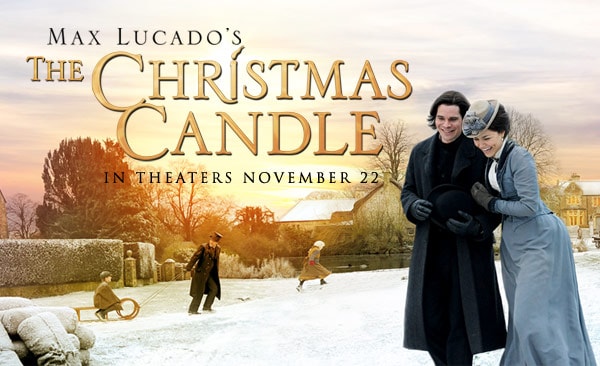 Our son took his twin sister to see this on a ‘date’ this week. Loving all things English, they enjoyed the simple story, costuming, and the 1890s-setting in the Cotswalds.

It was filmed mostly on the Isle of Man. This movie for all ages marks the feature-film debut for British singing sensation Susan Boyle, whose original single, “Miracle Hymn,” serves as the ‘anthem’ for the movie.

The fiery candlemaker must fight to preserve the legacy of the Christmas Candle. But when the candle goes missing, the miraculous and human collide in the most astonishing Christmas the village of Gladbury has ever seen.

The quintessential It’s A Wonderful Life – perhaps the most watched of all the Christmas films!

Christmas for a Dollar (Dove review)

A Christmas Carol (1938) another great versions!

The Shop Around the Corner

The Lion in Winter (1968) (PG) The 12th Century, and the obsession of Henry II of England to find a successor, after the death of the heir to the throne, causes him, one Christmas, to summon his three remaining sons.

The Christmas Truce (another good version of Joyeux Noel above)

Dallas Jenkins‘s The Chosen: The Shepherd (Pilot Episode) or watch here for FREE… I don’t know how long this link will be good.

Other Christmas films recommendations to check out:

The Christmas Angel (2012) on PureFlix

Heidi (1937) Shirley Temple filmed in Switzerland. Not Christmas per se, but the mountains and snow fit beautifully. (caveat: Heidi was stolen from her grandfather and forced to stay with another family. Also, the nanny tried to sell her to Gypsys. It is rated G, but may be frightening to younger children. This is the typical hard life of that period).

Christmas with a Capital C on PureFlix

“Miracle Down Under” A wonderful story set in Australia around 1900. Hard to find!  I just found it on YouTube!

“The lion’s share of entertainment is produced by unbelievers, promoting all kinds of unbiblical lifestyles. Soap operas and sitcoms are training the minds and hearts of parents, and animated movies ”babysit” and are training the hearts and minds of children. Jesus personally “entertained” by telling stories with biblical themes, and grounding His followers in the gospel. He warned them about false philosophies. Place your television in a public area. Carefully select videos and movies. Point out false philosophies and unbiblical lifestyles.” ~Inspire: Rediscovering Classic Family Films

Do you have favorite Christmas films to add? 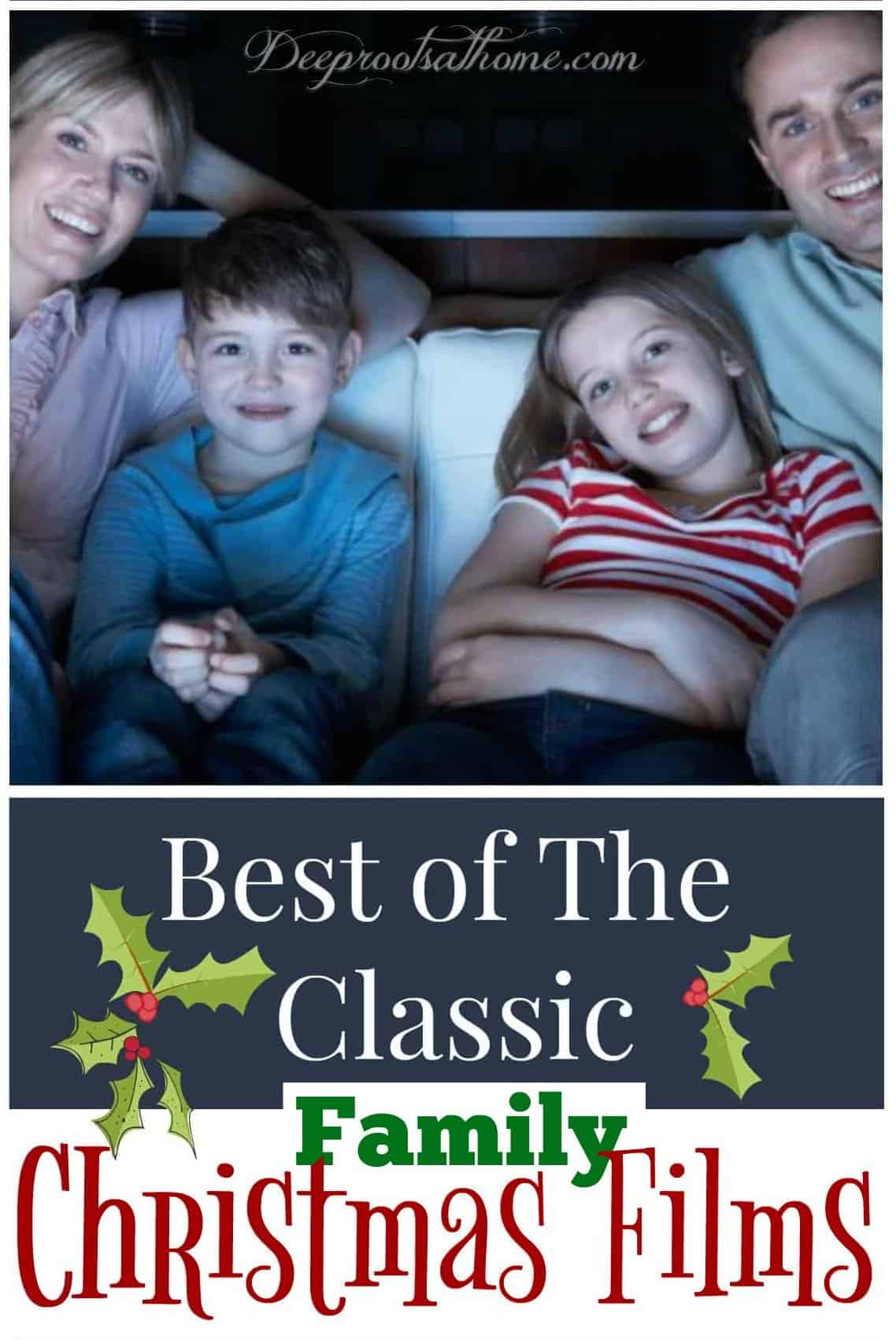