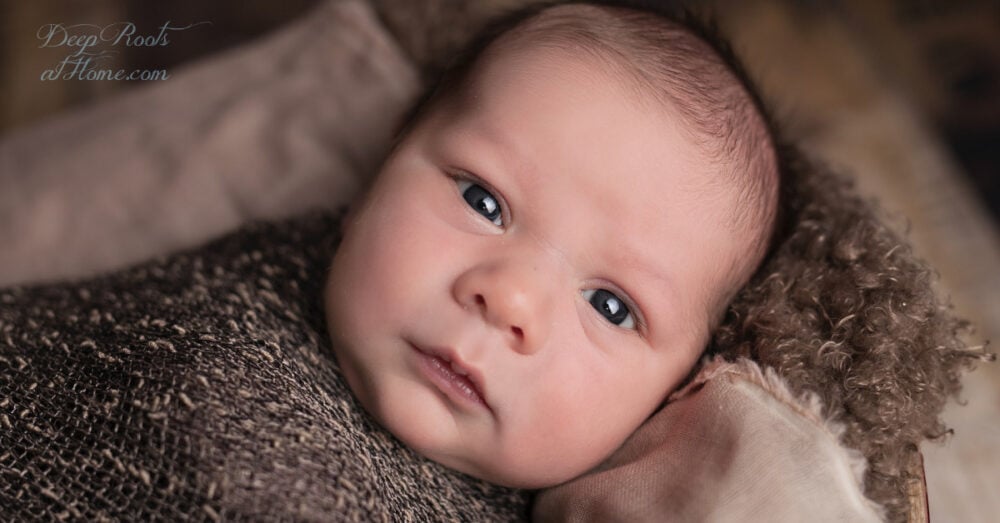 Today, I share Dr. Paul Tinari’s own words regarding the contentious topic of male infant circumcision.

[Caveat: Please do your own research, examine both sides (I share some thoughts below Dr. Tinari’s story), and pray for wisdom. I will always advocate for parental rights on this and other important topics.]

Two of my physics professors at Queen’s University (Dr. Stewart & Dr. McKee) were the original developers of Positron Emission Tomography (PET) for medical applications. They and a number of other Queen’s physicists also worked on improving the accuracy of fMRI for observing metabolic activity within the human body.

As a graduate student working in the Dept. of Epidemiology, I was approached by a group of nurses who were attempting to organize a protest against male infant circumcision in Kingston General Hospital. They said that their observations indicated that babies undergoing the procedure were subjected to significant and inhumane levels of pain that subsequently adversely affected their behaviours. They said that they needed some scientific support for their position. It was my idea to use fMRI and/or PET scanning to directly observe the effects of circumcision on the infant brain.

The operator of the MRI machine in the hospital was a friend of mine, and he agreed to allow us to use the machine for research after normal operational hours. We also found a nurse who was under intense pressure by her husband to have her newborn son circumcised and she was willing to have her son to be the subject of the study. Her goal was to provide scientific information that would eventually be used to ban male infant circumcision. Since no permission of the ethics committee was required to perform any routine male infant circumcision, we did not feel it was necessary to seek any permission to carry out this study. 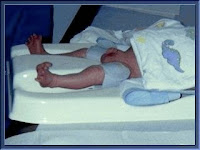 We tightly strapped an infant to a traditional plastic “circumrestraint” using Velcro restraints. We also immobilized the infant’s head using standard surgical tape. The entire apparatus was then introduced into the MRI chamber. Since no metal objects could be used because of the high magnetic fields, the doctor who performed the surgery used a plastic bell (“Plastibell“) with a sterilized obsidian blade to cut the foreskin. No anesthetic was used.

The baby was kept in the machine for several minutes to generate baseline data of the normal metabolic activity in the brain. This was used to compare to the data gathered during and after the surgery. Analysis of the MRI data indicated that the surgery subjected the infant to significant trauma. The greatest changes occurred in the limbic system concentrating in the amygdala and in the frontal and temporal lobes.

The neurologist who saw the results postulated that the data indicated that circumcision affected most intensely the portions of the victim’s brain associated with reasoning, perception and emotions. Follow up tests on the infant one day, one week and one month after the surgery indicated that the child’s brain never returned to its baseline configuration. In other words, the evidence generated by this research indicated that the brain of the circumcised infant was permanently changed by the surgery.

Our problems began when we attempted to publish our findings in the open medical literature. All of the participants in the research including myself were called before the hospital discipline committee and were severely reprimanded. We were told that while male circumcision was legal under all circumstances in Canada, any attempt to study the adverse effects of circumcision was strictly prohibited by the ethical regulations. Not only could we not publish the results of our research, but we also had to destroy all of our results. If we refused to comply, we were all threatened with immediate dismissal and legal action.

I would encourage anyone with access to fMRI and /or PET scanning machines to repeat our research as described above, confirm our results, and then publish the results in the open literature.

Because it went against the status quo, Dr. Tinari’s study was not published—not because it was inaccurate, but because it didn’t fit the “official narrative” of allopathic medicine (though an increasing number of parents (even Jewish parents) are refusing circumcision for their baby boys).

Circumcision is associated with many different potential complications and risks. For example, they include heavy bleeding, infection, surgical injury, and in rare cases, death.

I believe the reason why God established day eight postpartum for circumcision of Jewish males is that clotting factor vitamin K peaks at 8 days of age. The 2nd clotting factor, which is essential, is Prothrombin. It peaks at 110% on the 8th day, just before leveling off at 100% of normal.

Increased rates of circumcision done immediately after birth, before infants can develop their vitamin K levels naturally, has undoubtedly contributed to making toxic vitamin K injections routine, to lower the risk for increased bleeding from these early circumcisions.

If you do decide to circumcise, consider waiting until the 8th day and decline the very toxic Vitamin K shot. If I had my way, I would insist that you would be back in the room with your little one while the procedure is going on and hold and comfort your baby during the procedure instead of using a circumrestraint.

See one comment from a retired pediatric nurse, suggested strongly considering taking your little one to an experienced Jewish urologist (as a low trauma option).

Why She Declined Vitamin K at Birth & Delayed Cord Clamping

Why Circumcision for Gentiles is Not a Law

“The earliest Christians were all Jewish. And even as believers in the Lord Jesus, they still considered themselves Jews under a covenant relationship with God – a covenant relationship that involved circumcision. So, it was only natural that they would expect all believers to follow the Old Testament covenant requirements. And that was OK until the church began to reach beyond a Jewish audience and into the Gentile world. And then, requiring Gentile converts to become circumcised became a point of contention. (source)

“It would seem most of the early work done among the Gentiles did not advocate circumcision for them. Acts 11:19-21 is the first recorded intentional outreach to the Gentiles, taking place in Antioch. Nothing in that passage is said about circumcision. But in Acts 15:1 some Jewish believers from Judea come to Antioch and attempt to push circumcision as a requirement for salvation. That this created an uproar in the church at Antioch would indicate that this church had never required it, at least for the Gentile believers.

“Paul and Barnabas were sent to Jerusalem, representing the church at Antioch as well as the greater Gentile mission. They meet with the apostles and elders there to settle this question. Must the Gentiles be circumcised in order to be saved? And the answer coming from this first church council was that ‘no’, the Gentiles did not have to be circumcised. They were essentially free from the old covenant obligations.

“I believe this marked a major milestone for the new church. No longer were they a sect of Judaism, even though the church still contained thousands of practicing Jews. Instead they were a multi-ethnic body of believers. And circumcision was no longer a sign of their covenant relationship with God. While circumcision remained a contentious issue for many Jewish believers, the church, as a whole, no longer recognized it as a distinctive, or requirement, of the faith.” (source)

[If you’ve already circumcised a son (as we have), it doesn’t mean you are a bad parent. It just means you didn’t know. Marilyn Milos didn’t know. She had all her boys circ’d. They are all grown men now and she’s the founder and director of the National Organization of Circumcision Information Resource Centers (NOCIRC) and coordinator of the International Symposia on Circumcision, Sexual Mutilations, and Genital Integrity. And she’s the first to tell you that she just didn’t know. When you know better, you do better.] 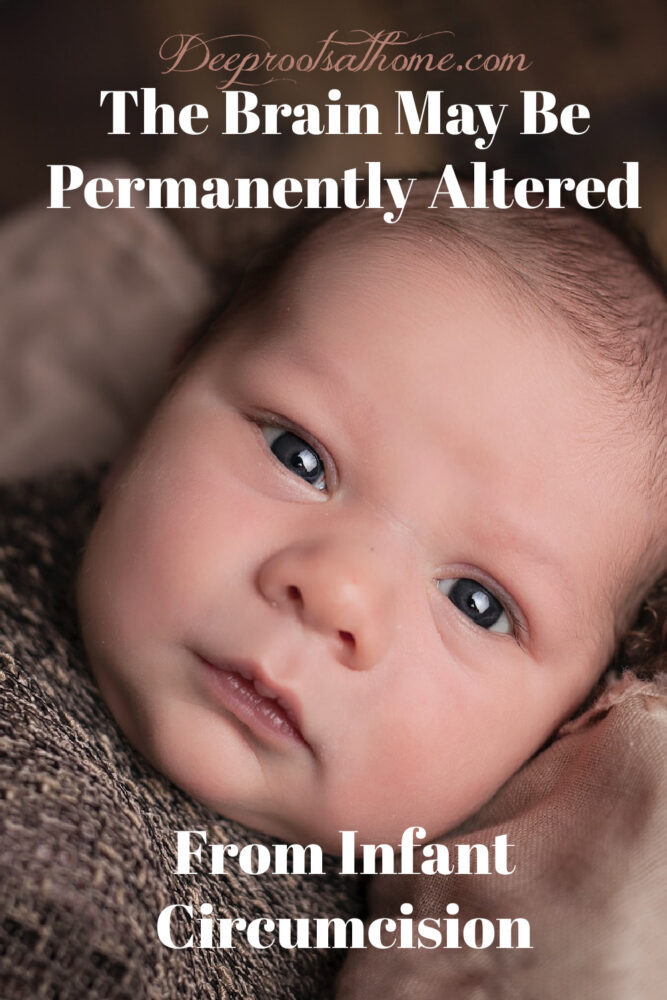