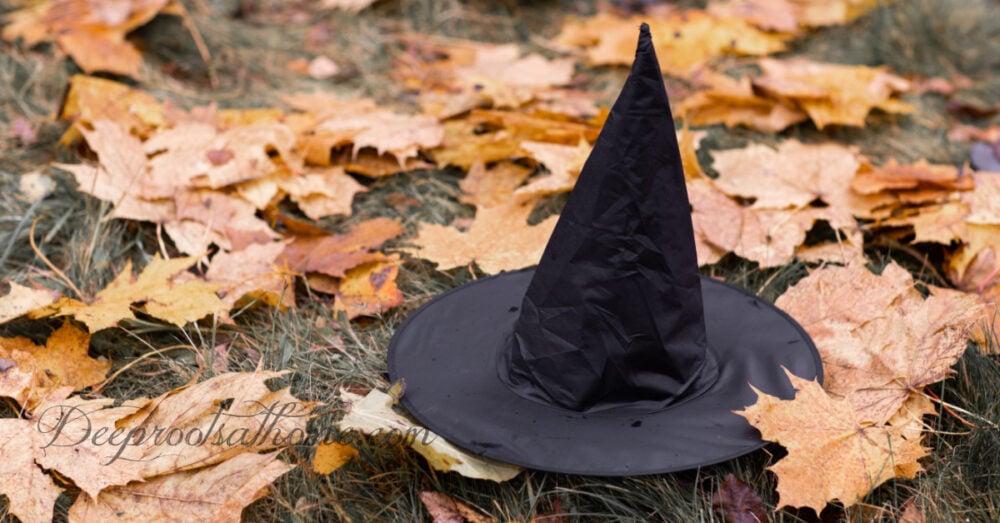 Anton LaVey, the late founder of the Church of Satan, once said he took joy in believers taking part in the tradition of Halloween. “I am glad that Christian parents let their children worship the devil at least one night out of the year,” he said. “Welcome to Halloween.”

Halloween isn’t just about costumes and candy – there’s a much darker reality.

Charlene Aaron from CBN News interviews a young woman who has a message that we would do well to heed.

Jenny Weaver shares her testimony of faith despite growing up in an abusive home and delving into witchcraft as a young woman. One night while in jail, Jenny whispered a prayer and surrendered her life to Jesus Christ. Now, Jenny warns believers to be on guard as witchcraft and the occult are on the rise and it’s infecting Christians and the church.

Another young woman, whose name I will keep private, also just gave a shocking warning. She wrote:

“I debated even posting this, but I couldn’t get away from it.

I was looking on the book aisle in Walmart in hopes to find something interesting, and I happened to look over to my left, which was the Kid’s Halloween Book section and I saw this. 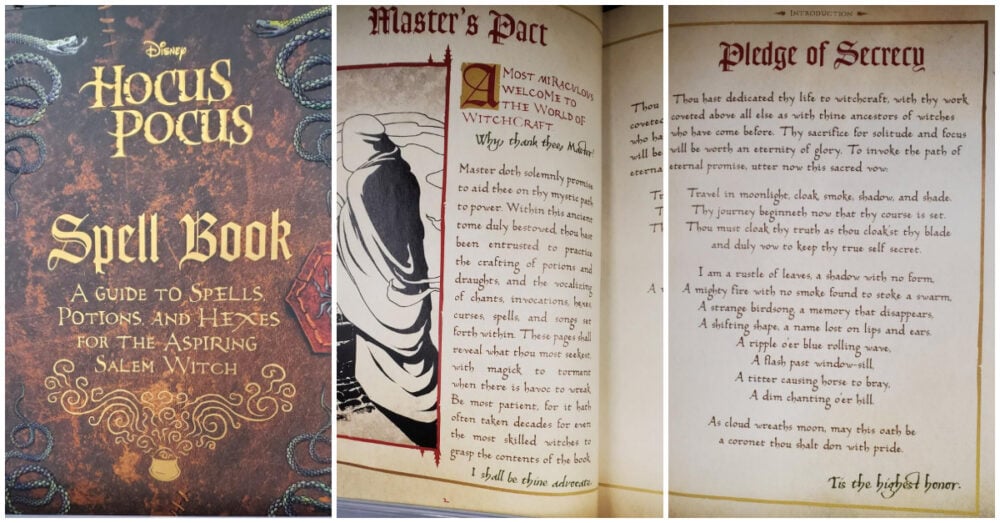 I’m appalled at the evil boldness of Disney, and at the world for promoting this agenda to children.

A few things in the book:

The vow of the Red Witch is given as a script.
“The Stitched Mouth Spell”
“The Crippling Spell”
There’s 2 categories that describe hexes of bitterness to cast and latch onto people.
There’s an incantation to raise the dead.
There’s cauldron, spell, and séance preparation.

EDIT: I feel the need to clarify something. I don’t believe the spells in this book are going to give a child the ability to “do magic”. No, I don’t think the author put real incantations from a grimoire into a childrens book.

The point I’m trying to convey is this:

The author paralleled this book with some very real concepts, and targeted CHILDREN with it. The intentions were to whet the curiosity of a younger audience, establish a foundation, and to open a door.

A bit of my testimony, I spent 4 terrible and dark years in various forms of witchcraft before I was delivered. Not wicca, not New Age, and we weren’t “all about love”. The people I knew HATED the things of God.

It was horrific to see these references in a childrens book. The things that were in it actually gripped my spirit. Some of the things in this book aren’t jokes at all, they’re real. In no way am I glorifying the enemy, but whoever wrote this book pulled from viable sources. Some of the things were foolish, but some of it was VERY real.

A few months ago I had a dream from God, and I saw a few kids playing around a pond. It seemed like a normal, and friendly day. It appeared that this family was taking their kids on a picnic.

All of a sudden, I saw a figure come out of the pond, grab this little girl by the hand, and lead her into the water.

I quickly followed after to try and get her, but as soon as I dove in, I saw that it wasn’t a shallow pond.

Underneath the pond was a kingdom that looked like a pyramid, and these figures were leading thousands of kids by the hand, and they were taking them inside of this temple.

Halloween and witchcraft may look playful and harmless on the surface, but I have to warn you- there’s a kingdom underneath the façade.

There’s something moving behind these agendas and if you’re not careful, something will grab your child by the hand and lead them somewhere that’s beyond your reach.”

Please take these reminders seriously. For the name of Christ and for our families!

Dear Father, parenting is hard. We all wish you could just write out an easy equation and tell us what to say yes and what to say no to. We are all of one same heart, we all love our children. We just ask that you would guide each of us as we make decisions for our families. Guide us, speak your truth and encourage us along the road. We ask that you would protect the hearts, minds, souls, and bodies of our children. Might you put your full armor upon each of them right now as we pray. We live in a very unpredictable world and we know that our children are not our own, so help us as parents to find that healthy balance between trusting you with our children and doing the job you assigned to us in choosing us as parents. And keep us all from evil, we pray, in Jesus’ name. Amen.

“Take no part in the unfruitful works of darkness, but instead expose them.” ~Ephesians 5:11

“But you, O man [or woman] of God, flee from these things and pursue righteousness, godliness, faith, love, perseverance, and gentleness. Fight the good fight of faith. Take hold of the eternal life to which you were called…” ~1 Timothy 6:11-12

Hocus Pocus: Do You Still Want Your Kids To Love Disney?