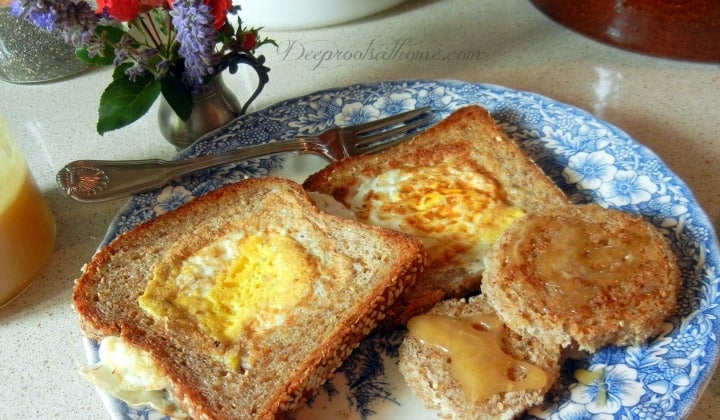 When the new day dawns with its glorious array of sunbeams and there’s lots to be done, it helps to have a cheerful real food breakfast to wake up the sleepyheads. “Egg-in-the-Blanket” is one of the easiest I know and a favorite around here.

An egg fried in the center of a piece of sprouted toast—a simple concoction that raises the union of my two favorite breakfast foods, eggs and toast, to a whole new level. I’ve heard this combo referred to as Popeye, toad-in-the-hole, and the more literal eggs-in-toast.

Our family somehow ended up with “Egg-in-the-Blanket”, but I still like “Sun-in-the-Window” the best. 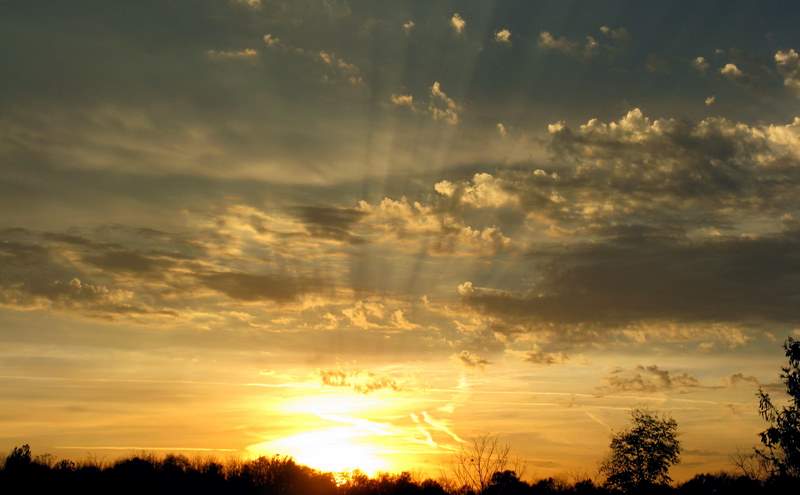 I can’t say enough good about my cast iron skillet. It makes the best omelet, frittata, or eggs I’ve ever tasted. French toast is perfect flipped on the shiny, hot surface. Eggs just do so well on cast iron.

We gave up our aluminum and ‘non-stick surface’ skillets after reading about transference of chemicals to our food. At the time, I was apprehensive. I had never cooked with cast iron, but I found not only does it save cleaning time, but it is healthier, and eggs and omelets practically slide out of the skillet when ready.

Don’t be disgusted, but we haven’t washed our cast iron with soap for over a year. There is no need unless you stop using it for a period of time and wish to store it (then wash it!). The photo below was taken after making French toast and removing it with a metal spatula. If there are a few fragments of cooked egg, I wipe them off with a paper towel and store the skillet in the oven. It is still very hot when I place it there to wait for the next use – probably the next day. 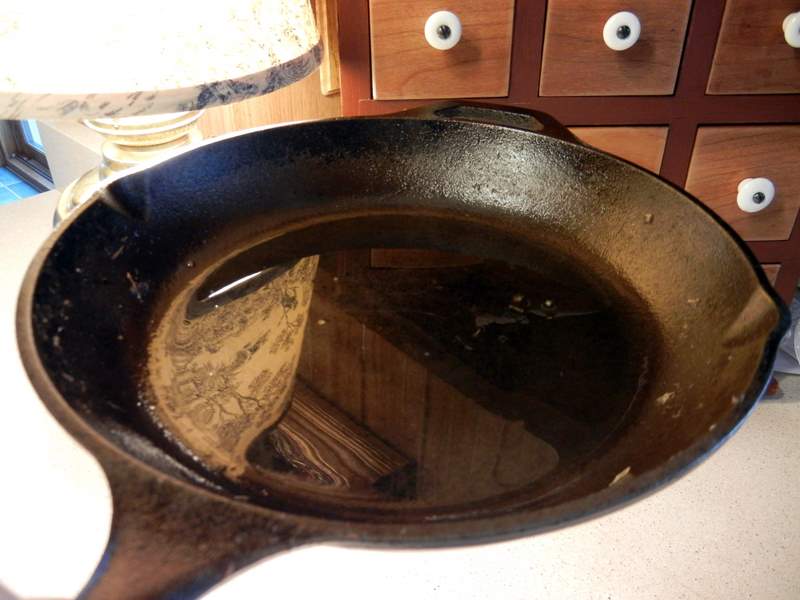 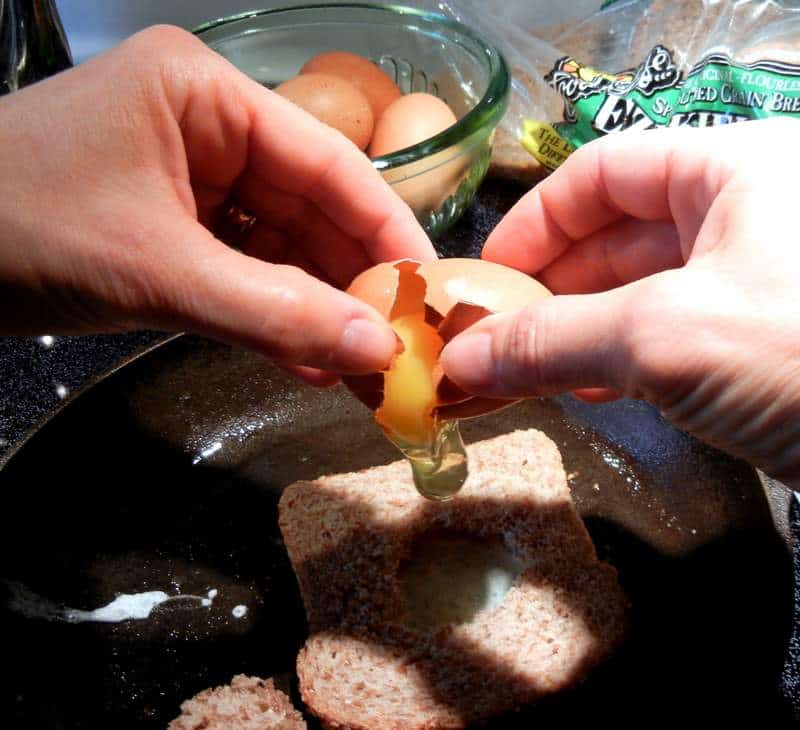 If you’ve ever had “fried bread” as a child, this will bring back those delightful memories.

Mmmmm…hot, crispy on the outside and soft on the inside, egg-In-the-blanket! 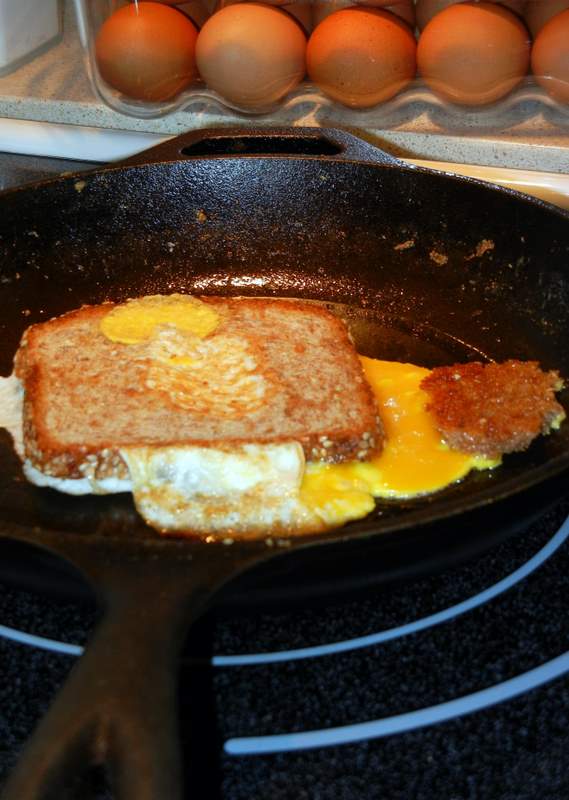 Moms, egg-in-the-blanket would be a great meal skill to teach to your younger children. Demonstrating and allowing him or her to help the first two or three times will allay any fears and you will be able to slowly work yourself out of a job!

It gets everyone in the groove to being productive early in the morning, and there can be much accomplished by noon.

Also, much is gained in a family at mealtime. It’s the best time to communicate, plan ahead, relieve stress, build camaraderie, and laugh together. It is one of the major things to which I can attribute our family closeness.

Studies show that the more often families eat together, the less likely kids are to smoke, drink, do drugs, get depressed, develop eating disorders and consider suicide, and the more likely they are to do well in school, delay having sex, eat their vegetables, learn big words and know which fork to use.

Family mealtime is about civilizing children. It’s about teaching them to be a member of their national culture.

Have you heard of egg-in-the-blanket For A Cheery Breakfast & A Great Start Of The Day before?  What do you call an egg fried in the hole of a slice of bread?

“Let them thank the Lord for his steadfast love,
for his wondrous works to the children of man!” ~Psalm 107: 15 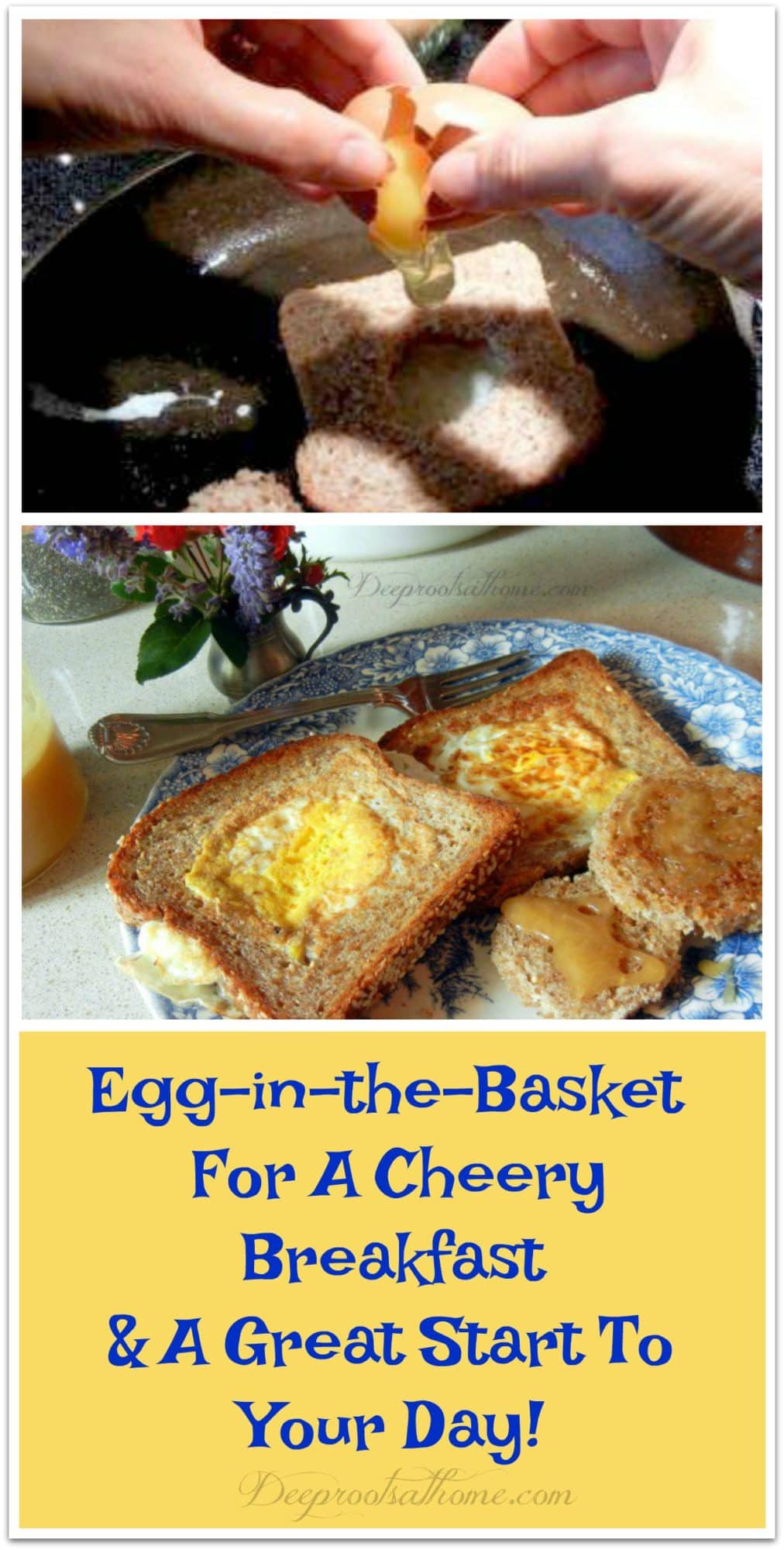