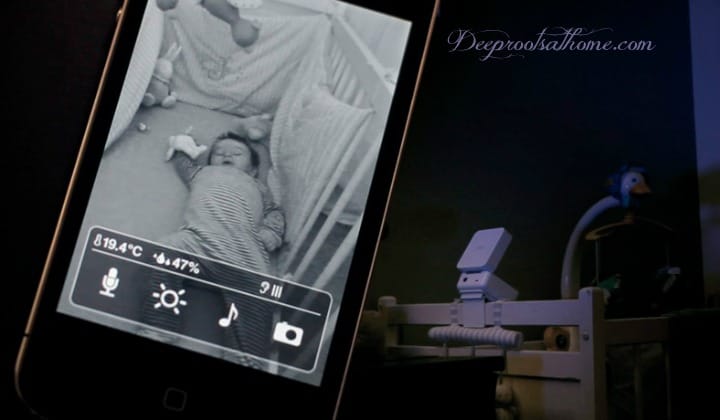 The digital baby monitor is problematic. Is this news to you? If so, read on. (and at the bottom of the post I found a SAFER one!) Updated Sept., 2016.

As a parent, this information may be very hard for you to hear at first…

As I said on my post 9 Facts About Wireless & Your Child’s Brain, please view this information as a gift. I hope this gives you a starting point to take action in your home.

When you first learn you are pregnant, you make a list of “must haves.” Probably the list includes a digital baby monitor. But, would you be surprised if I said this is one thing you may not want?

As one article said, “It’s hard to talk about the dangers of wireless technology without sounding like a conspiracy theorist. This is especially true in the United States, where non-industry-funded studies are rare, where legislation protecting the wireless industry from legal challenges has long been in place, and where our lives have been so thoroughly integrated with wireless technology that to suggest it might be a problem—maybe, eventually, a very big public-health problem—is like saying our shoes might be killing us.

Except our shoes don’t send electromagnetic frequencies directly into our brains.”

If this was even partially true, I’m sure you would want to know. You need to be able to make your own analysis instead of being told what is ‘good for you’, so do your own research and don’t just believe everything out there written (including me)!

The Nitty Gritty of the Digital Baby Monitor

Most baby monitors are now advertised as using DECT phone technology (1.8 to 1.9 GHz) or operate at 2.4 GHz, the same electromagnetic microwave frequency used for microwave ovens, cordless phones, and Wi-Fi routers. These are identifiable by the large number of claimed channels (usually at least 30 and often up to 120), which DECT automatically switches (roams) between. These emit sharply pulsing bursts of microwave frequencies 100 times every second all the time they are turned on. (PowerWatch –source)

Digital baby monitors, bought by parents to keep their children safe, may instead be harming them, some scientists fear.  They warn that the devices are bathing the infants in electromagnetic frequencies at an age when they are most vulnerable to it.

According to PowerWatch, a wireless digital baby monitor a 1 meter (~3 feet) away from the baby’s crib was roughly equivalent to the microwaves experienced from a cell phone tower only 150 meters (~450 feet) away.

Most parents would agree that installing a cell phone tower next to a school would definitely not be a good idea. The battle is being fought around the U.S. and largely has been won in Europe apparently due to more independent studies and less suppression of truth. 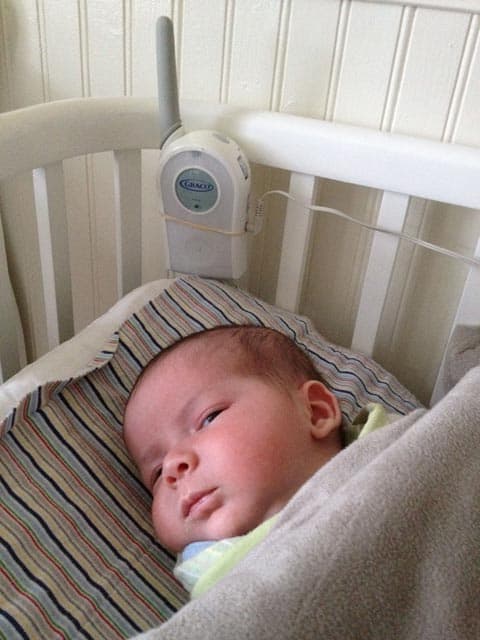 With the ‘talk back’ digital baby monitor, where parents can talk back to the baby, both units continuously emit pulsing microwave frequencies (on 2 different frequency channels – one for each way), not just when the baby is making a noise or the parent is talking to them. There are also some camera-based monitors which run at 2.4 GHz. Since these have to transmit video and sound, it is likely that they would have a higher power output. (source)

The digital baby monitor mats that check temperature, heartbeat, breathing, etc, should only be used if you have medical reasons to believe that your baby might be in danger of sudden infant death. When used with a wireless baby alarm they carry high levels of microwaves (up to 6 volts per metre) right into the cot, and we believe that will not do your baby any good at all. (source)

Health Studies on the Digital Baby Monitor and Infants:

SIDS Largely Eradicated In Sweden & Japan by Doing This 1 Thing

The study above links the introduction of wireless RF (Radio Frequency) communication technologies such as digital baby monitors to the rise autism in the public. It found:

Some of the known effects of exposure to RF radiation include:

Is there a link to cancers such as childhood leukemia or nervous system tumors? Do infants sleep poorly with these monitors as indicated by PowerWatch (UK) and is the link between an infant’s erratic heart rate and exposure to these baby monitors real? We just published a paper on erratic heart rate for adults exposed to a 2.4 digital cordless phone!

We can’t help our children being exposed to radiation from phone towers and masts, other people’s mobile and cordless phones, but we can reconsider using a digital baby monitor.

PowerWatch strongly recommends that only low-band (35 to 50 MHz) analog baby monitors be used. These use analog frequency modulation (FM, like VHF radio stations) that does not pulse at all. The analog monitors are often identifiable by their low number of channels – typically 2-4. (source)

Understanding this information may make immense difference to you and your families health. Knowledge leads to action and should not lead to guilt (which I’ll address in a moment).

Help Baby (and you) Get More Sleep 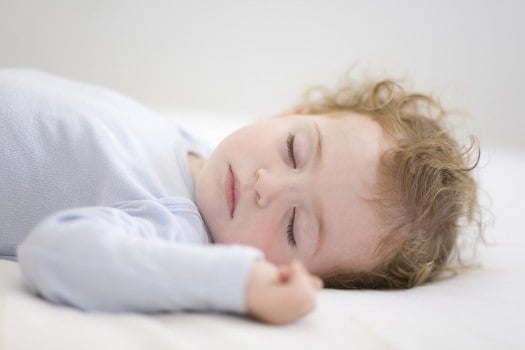 Though it is beyond the scope of this post, this tip may help you and your baby get more sleep:

Nearing four months, babies are beginning to cycle between light and deep sleep and may start sleeping through the night…hoorah! Each night, a four-month old will go through two or three complete sleep cycles. Every 90 minutes, babies cycle to a state of light sleep called REM. Every three to four hours, they cycle to a more active, almost awake state. Each time they move into that light sleep, they will usually make noise, move about, cry out, and may even wake themselves. We adults do it, too, minus the crying, of course.

At these intervals when we hear these sounds (often around 11PM, 2AM, and 5AM), we often want to go to our babies, pick them up to comfort them, feed them, or hold them so they don’t wake the household. But by going in to check our babies when we hear movement or cries during the night, we risk two things:

The goal for any parent is to learn what is a real cry needing attention and to ignore all the other sounds your baby makes at night. You want to get a good night sleep when you can! With a bit of practice and the natural instinct God gave to Mothers, you will gain that understanding quickly.

Because many of us hold ourselves to higher standards when it comes to parenting than perhaps any other endeavor, I need to address the area of guilt.

The moment our new babies comes into our arms, a whole new set of emotions rushes in – joy, wonderment, pride, fear, and, yes, guilt. I’ve totally been there and still feel terrible about so many things I’ve done or failed to do!

But we live in an extremely confusing world today, and we cannot know everything, so my thinking is this: Just having accurate information is empowering (that is why I write) and it need not make us feel guilty or fearful. Mamas, please know I am on your side, and silly as it sounds since I don’t know you all individually and personally, I care very much for you and your family…I guess it’s just the way I’m wired. Please stop the guilt.

Considering the fact that I could be wrong on radiation, my go-to place is prayer…for wisdom, insight, strength, understanding, good instincts as a Mom, courage, and so much more, and I pray these things for you, too. We have a loving Lord who will give us these things when we ask:

“Consider it pure joy, my brothers and sisters, whenever you face trials of many kinds, because you know that the testing of your faith produces perseverance. Let perseverance finish its work so that you may be mature and complete, not lacking anything. If any of you lacks wisdom, you should ask God, who gives generously to all without finding fault, and it will be given to you.” ~James 1: 2-5

Read the product information on monitors carefully, as they can be confusing.

Phillips Avent SCD630/37 Video Baby Monitor This digital video baby monitor uses FHSS technology but is sound-activated, which cuts down on electromagnetic emissions simply because the device doesn’t always need to be powered on. It also gives you the option to use an audio-only mode. So, you get a secure, encrypted connection and high-resolution video screen when you need it, and an audio-only or voice-activated feature when you don’t need a constant video stream. (This is the most popular baby monitor on this list among my readers.) (source)

Even analog monitors, however, should be kept at least 3 feet from the child’s bed and if possible, used sparingly.

Ask/borrow from friends whose children have outgrown them (older models are more likely to be analog). Also shop Amazon or look for them at garage sales. 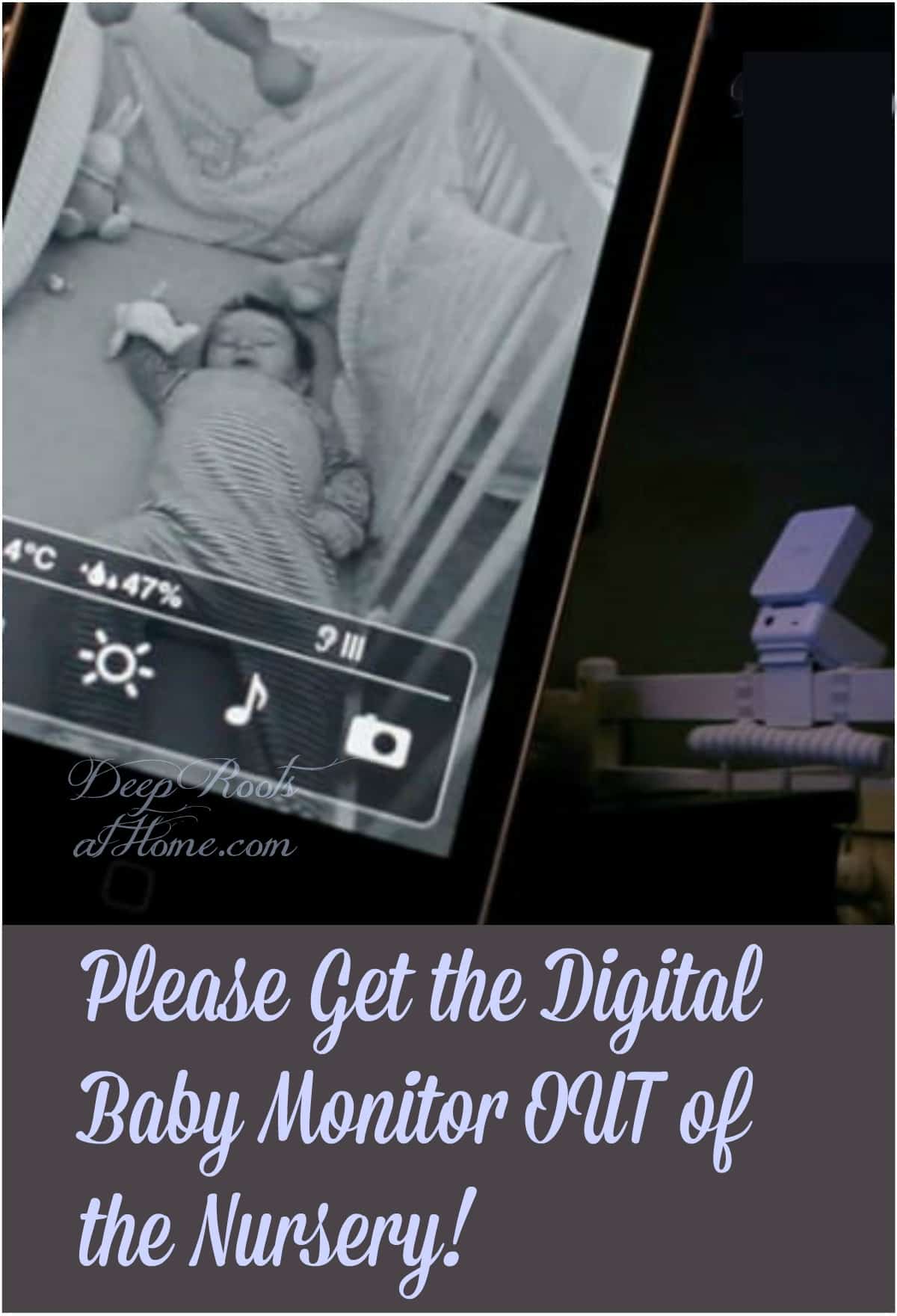