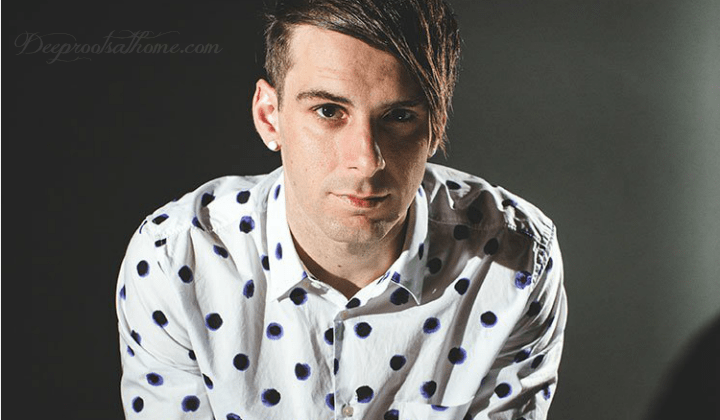 Why do I include this post on homosexuality on a Titus 2 women’s homemaking/healthy living blog? Because it is relevant to the way we think and relate to our neighbors in the homosexual community. It is relevant to how we talk to our children.

[Posted with permission of my friend Peter Heck. And btw, all of the elements of this apply to ANY sin which is allowed to reign in our hearts!]

I was recently asked by a friend what I thought about Trey Pearson’s decision to abandon his family and “come out” to the world.  I think a lot of things about it.  But first, for those that don’t know who he is, Trey Pearson is the lead singer of a Christian rock band called “Everyday Sunday.”  In a magazine article and a host of subsequent interviews, Pearson detailed how he never wanted to be gay, but had to be honest with himself.  In fact, that was apparently the major impetus behind his decision, as he tweeted: 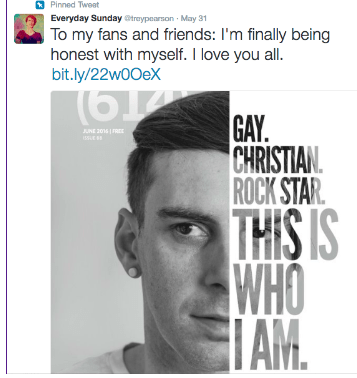 The world’s reaction was immediate and tremendously positive.  Trey even tweeted how overwhelmed he was at the outpouring of support for his decision.  And tragically, that support wasn’t isolated to the world.  Many Christians echoed the world (as is becoming an all-too-often refrain these days) in affirming Pearson’s decision to live an outwardly homosexual life, retweeting his declaration of finally being “honest” with himself.

And that’s what concerns me the most.  Apparently the Christianity that Trey Pearson knew and learned, as well as the Christianity practiced by so many professing believers these days (meaning the Christianity being proclaimed from so many pulpits), has little to no grounding in the authority of God’s Word.  I don’t just mean the truth that homosexuality is one form of offensive and sinful conduct.  I mean the foundational teaching of man’s basic state.

For any Christian, being “honest” with ourselves is coming to recognize that we are sinners, pulled towards sinful urges (sexual and otherwise) by a depraved nature that leads us into believing we can be gods of our own private universes.  It requires us to confront the destiny of our sinful souls and choose repentance and reliance on a power that is not of this world – a power that makes the blind see, the lost found, and the vilest offender of the Christian faith into the greatest Christian missionary the world has ever known.  It requires us to recognize that no matter how strong the urge to sin may be, no matter how natural or powerful it may appear when compared to our earthly strength, the same spirit that rose Jesus from the grave is available to raise us up out of our deadly desires and designs.

Being “honest” with ourselves means that we acknowledge the way that seems – and feels – so right to us, leads us to death (Proverbs 14:12).

But rather than be honest with himself, Pearson has actually chosen to deceive himself (and sadly so many others) into believing that his sinful urge defines him, controls him, and owns him.  He has decided to allow it the power to devastate his wife, forever confuse and injure his children, destroy his ministry, and take the throne room of his soul away from Christ. 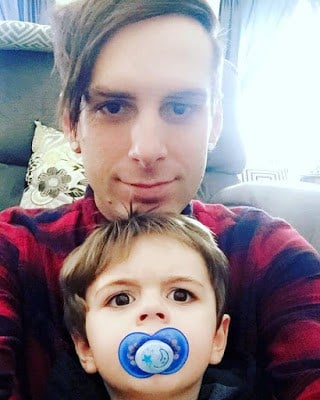 If that latter point seems dramatic, that’s only because it is.  Pearson told Religion News Service, “God wants me to be…my truest self.”

No, He doesn’t.  That belief is divorced from any notion of Biblical truth.  Such a statement does not come from a mind surrendered to the will of Christ, but a mind drowned in sinful pride.

To Live Is To Die

God tells us repeatedly that the only way to live is to die (Galatians 2:20).  God desires not that we exalt ourselves but that we die to self (Ephesians 4:22-24).  Believers are to crucify the flesh along with its passions and desires (Galatians 5:24).  Jesus Himself told us that anyone who wants to save his life will lose it (Mark 8:35), and that anyone who does not take his cross and follow is not worthy of Him (Matthew 10:38).

The Christian life is about denial of self (Colossians 3:5).  But Trey Pearson has chosen to deny God and exalt himself.  And he has done so at the cost of everything God had graciously given him: a loving wife, children, witness, ministry, and platform.

That isn’t a decision that any Christian will appreciate, applaud or affirm.

So what happens now?  Jesus tells us, “Unless a grain of wheat falls to the ground and dies, it remains alone.  But if it dies, it produces many seeds.” (John 12:24)  Trey Pearson is currently enjoyed the fake love wrapped in the fleeting adoration of the world.  Amidst the thunderous applause of men, he neither desires nor is likely to heed any cautions and warnings from true believers during his hour of earthly adoration and fanfare.  But when the invitations onto The View, the interviews with Huffington Post, the congratulatory tweets from celebrities fade, Trey Pearson will be a man alone dealing with his public denial of Christ, and with the sin he has chosen to embrace, vainly hoping it will fill a void only Jesus can fill.

Pray first for his innocent family.

Then pray for him, pray for those who might reach him in those vulnerable moments to come – that they will exhibit the courage to speak truth that hurts but heals.

And pray that Pearson may come to trust the Word of God over the words of men. 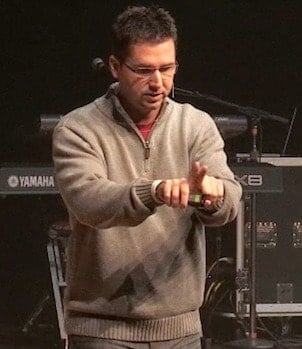 Peter Heck is a speaker, author and public high school teacher. We’ve had Peter speak for our state homeschool convention many times to rave reviews. He is married to Jenny and is the father of 3 young children, Addie, Bristol and Grayson. 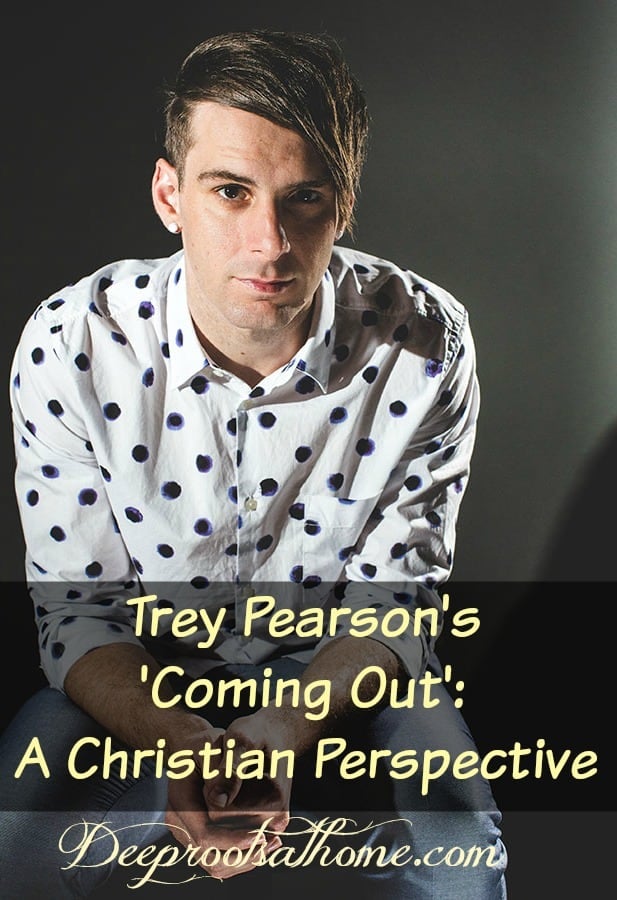