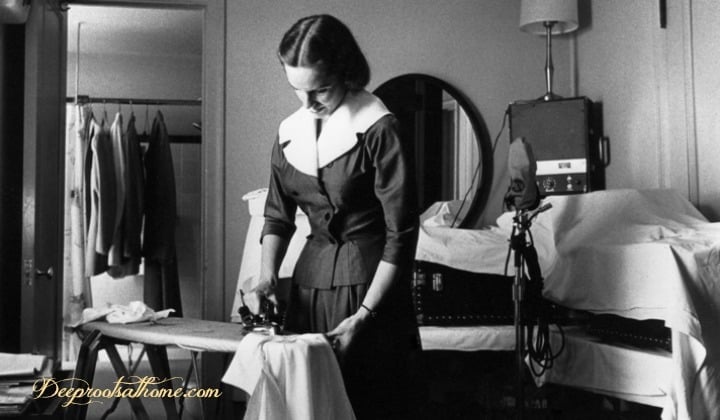 “Happy Christians, Ruth once said, were a part of her heritage. Her parents, Dr. Nelson and Virginia Bell, were medical missionaries at Love and Mercy Hospital in Tsingkiangpu, China, in the difficult years from 1916 until World War II began.  A 1911 revolution had overthrown a regime that had held power since 1644. Foreign countries had exploited the nation in the 1800s, and, as a result, the Chinese people resented all foreigners, calling them “foreign devils.”

“The Bells demonstrated to their children a great love for Jesus Christ and a dedication to the medical and evangelistic work of the hospital. Dr. Bell was surgical chief and administrative superintendent at the hospital, but Bell made the healing of souls a priority in his work, gently explaining the Gospel to his patients. This atmosphere of love for Jesus, for family and for the Chinese people, helped shape the woman that Ruth Bell Graham would become.” (source)

She was homeschooled until 13 but the norm of the day was to send  missionary children away to school and her parents sent her to Pyeng Yang Foreign School in what is now Pyongyang, North Korea. Homesickness and illness was her bootcamp, she said, and taught her to find solace in the Lord’s presence during what would be a lifetime of separations from loved ones.

“In 1937, Shanghai, the capital of China, fell to the Japanese. The missionaries were urged to go north to Haichow, where a United States Navy destroyer would take them to the port city of Tsingtao. Reluctantly, they made the difficult journey by canal and train. Dr. Bell arranged passage for Ruth on a United States troopship that was evacuating military families. On Oct. 22, Ruth said goodbye to her family and left China. It would be decades before Ruth returned to the land of her birth.” (Source)

In the summer of 1941, Ruth McCue Bell, a 21-year-old college graduate with a razor-sharp mind, made a decision that today might seem, as they say in her adopted state of North Carolina, somewhat peculiar.

She planned to become a missionary and return to China. Then her good-looking preacher boyfriend asked her to marry him. “Woman was created to be a wife and mother,” he told her.

“Not I”, she responded. But several agonizing weeks later Ruth said yes, and she spent the rest of her life as a Ruth Bell Graham, preacher’s wife, sculpting and polishing the raw talent of the Rev. Billy Graham.

Her life was filled with common things, but she was no ordinary woman. Rather, she was extraordinary in that she trusted God explicitly. Most people don’t realize what a difficult life Ruth Bell Graham had. Because Billy traveled all the time, she was essentially a “single mom” in many ways.

This video can tell Ruth Bell Graham’s story far better than I ever could!

For an absolutely memorable read on Ruth Bell Graham, go to her Memorial web page. 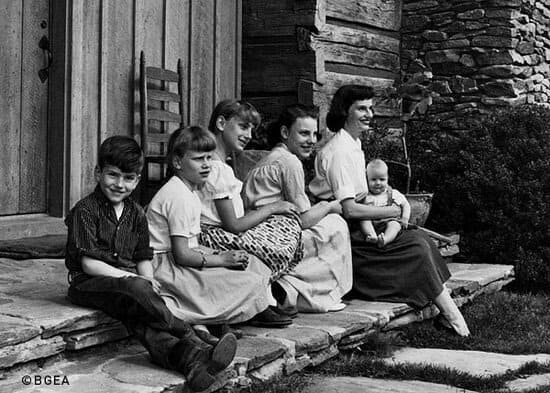 Lord, let mine be a common place
while here.
His was a common one;
He seems so near
when I am working
at some ordinary task.
Lord, let mine be
a common one, I ask.
Give me things to do
that others shun,
I am not so gifted or so poised,
Lord, as some.
I am best fitted
for the common things,
and I am happy so.
It always brings
a sense of fellowship
with Him who learned
to do the lowly things
that others spurned:
to wear simple clothes,
the common dress,
to gather in His arms
and gently bless
(and He was busy, too)
a little child,
to lay His hand upon
the one defiled,
to walk with sinners
down some narrow street,
to kneel Himself
and wash men’s dusty feet.
To ride a common foal,
to work with wood,
to dwell with common folk,
eat common food;
and then upon the city dump
to die for me

Lord, common things
are all I ask
of Thee. 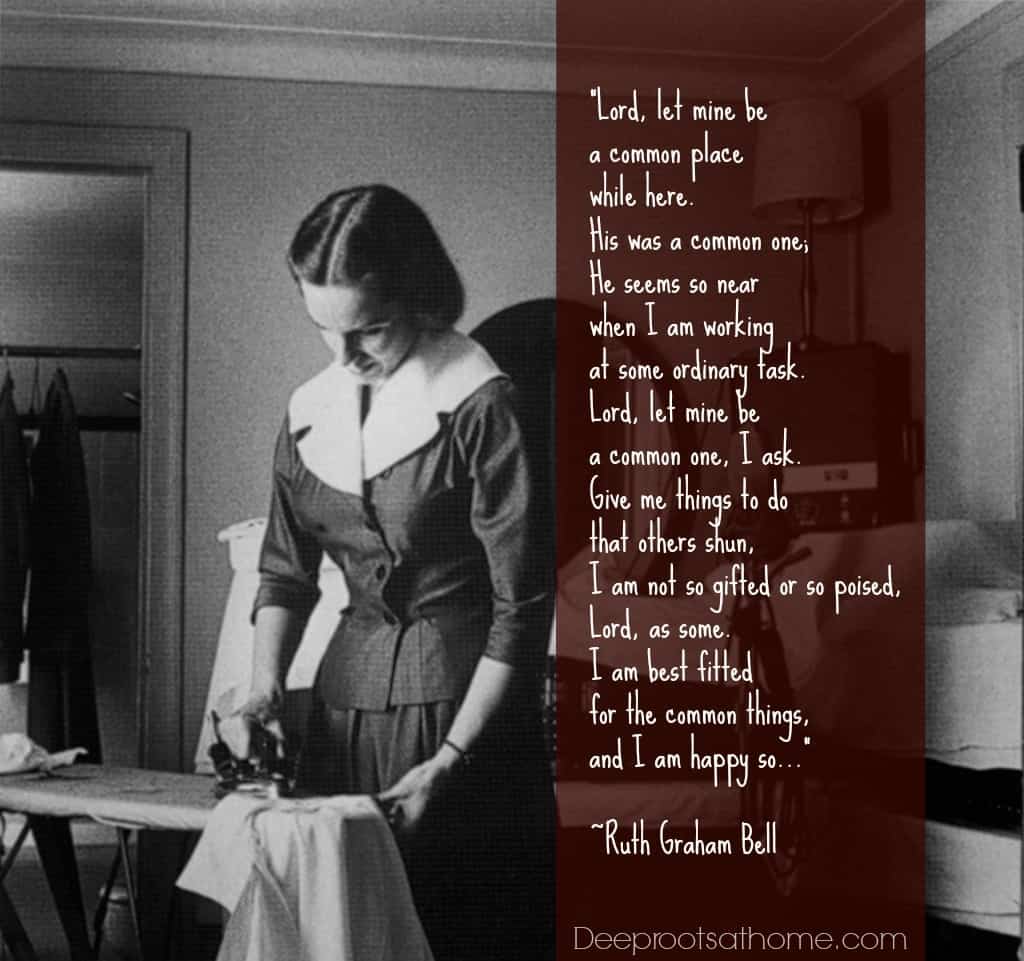 Books by Ruth and a biography about her years as a child with her parents in China:

“Worship and worry cannot live in the same heart: they are mutually exclusive.”

“God has not always answered my prayers. If He had, I would have married the wrong man — several times!”

“A successful marriage is made up of two good forgivers.”

“If our children have the background of a godly, happy home and this unshakable faith that the Bible is indeed the Word of God, they will have a foundation that the forces of hell cannot shake.”

“Temptation and testing (or a trial) are two sides of the same coin. Satan uses an occasion or a person to tempt us to fall; God uses the same to try us and make us stronger.” 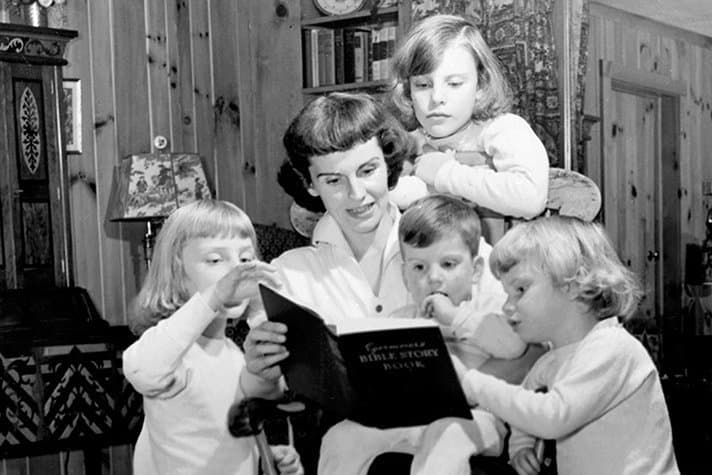 “It takes more faith to be an atheist than to believe in God.” ~Ruth Graham
“It is a foolish woman who expects her husband to be to her that which only Jesus Christ Himself can be: always ready to forgive, totally understanding, unendingly patient, invariably tender and loving, unfailing in every area, anticipating every need, and making more than adequate provision. Such expectations put a man under an impossible strain.” ~Ruth Graham 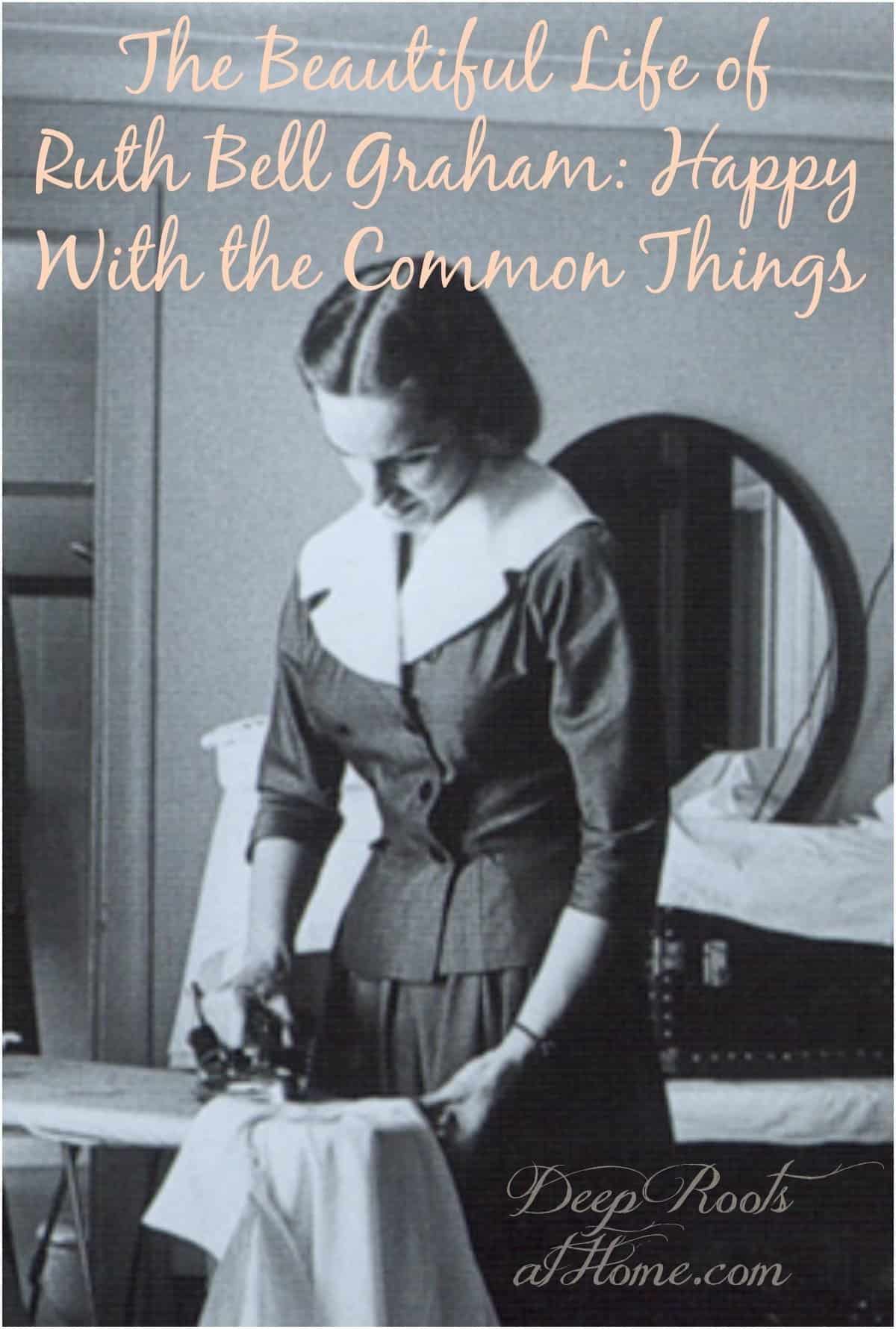