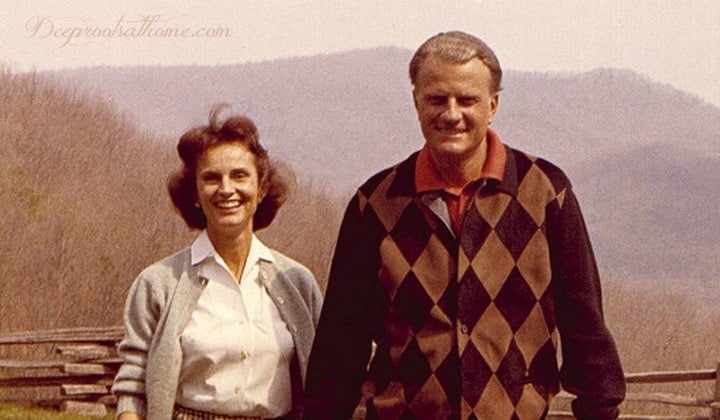 In her 87 years, Ruth Graham gave us some tremendous marriage lessons. She took it as her calling to nurture and keep her whole family happy, especially Billy.

We all know that young adults make many of their most life-altering decisions before age 30, and yet in recent years the role models, those to whom they turn for direction about living life to its fullest, are current sports figures or celebrities than wise elders. Some say the fault lies at the feet of elders who decide to carry on in permanent youth rather than become a role model or pass along their accumulated wisdom.

Ruth Graham, who died in 2007, fully embraced her role and ultimately left us 14 books

to pass along the life lessons she gleaned throughout her full life. But the most important lessons that we can learn from Ruth Graham come from the example of her marriage to one of the world’s most famous men.

The most pivotal decision that Ruth Bell made was to marry Billy Graham, whom she met while a student at Wheaton College. Her decision was made with “open eyes” and most of her internal wrestling went on before becoming engaged to Billy. She had always planned to be as she put it, “an old-maid missionary.” When she finally made up her mind to marry Billy, she never looked back. Her idea, willingly decided, was to simply slip “into the background.”

It’s not unusual today for couples to still be unsure as they walk down the aisle on their wedding day. Such a life-changing decision should be made with eyes wide open. One or both of them enter marriage thinking that they will change the things about their mate they don’t like, yet, neither will likely change. Ruth Graham modeled the seriousness of one’s facing reality, for “better or worse.”

People who knew her talk about her vitality, her joy, and her mischievousness. Ruth and her effervescent personality chose to stay in the background, but she did not live in her husband’s shadow. She raised their five children almost single-handedly, yet she did not complain or slip into bitterness over her lot in life. She chose to stay busy and to develop a ministry of her own. Since her death, numerous stories have been told about her work among individuals in the small community of Montreat, N.C. where she lived during all the six decades of her marriage. All of her children report that she used Billy’s absences to do the things that she believed God had called her to do, and she did those things with a joyful heart.

The support of her church family was undoubtedly a factor in her being able to carry her burdens with indefatigable energy and a ready smile.

Perhaps one of her best marriage lessons, though, was when she told her daughters that their responsibility toward their husbands was not to “make them good,” but to “keep them happy.”

It truly became her calling to nurture and keep her whole family happy, most especially Billy. In a life full of wonderful accomplishments, keeping her husband happy and thus well-equipped emotionally for the demands of ministry – along with helping to insulate him from many of the temptations that went with his fame – numbers as one of her greatest achievements.

“I pity the married couple who expect too much from one another. It is a foolish woman who expects her husband to be to her that which only Jesus Christ Himself can be: ready to forgive, totally understanding, unendingly patient, invariably tender and loving, unfailing in every area, anticipating every need, and making more than adequate provision. Such expectations put a man under an impossible strain. The same goes for the man who expects too much from his wife.” ~Ruth Bell Graham

“If our children have the background of a godly, happy home and this unshakable faith that the Bible is indeed the Word of God, they will have a foundation that the forces of hell cannot shake.” ~Ruth Bell Graham

“It’s my job to love and respect Billy; it’s God’s job to make him good. God called you not to make your husband good, but to make him happy.” ~Ruth Bell Graham

“It is a foolish woman who expects her husband to be to her that which only Jesus Christ Himself can be: always ready to forgive, totally understanding, unendingly patient, invariably tender and loving, unfailing in every area, anticipating every need, and making more than adequate provision. Such expectations put a man under an impossible strain.” ~RBG

“As I grew older I realized that my parent’s love for one another was deeper than just the look in their eyes each time one of them came into the room. Their love was based on more than their physical and emotional attraction. It was based on solid, uncompromising commitment—first to Jesus Christ, second to the institution of marriage, and then commitment to each other.” ~Gigi Graham Tchividjian, daughter

“My mother taught me by her example that Jesus is everything. He was the wellspring of her love and joy and peace that overflowed into our home. His presence was enough to ease the pain of her loneliness without Daddy. His power was enough to get her through the day, for all practical purposes, as a single parent. I have no doubt that the reason I love Jesus and I love my Bible is because she did… she planted those seeds in my heart long ago.” ~Anne Graham Lotz, daughter 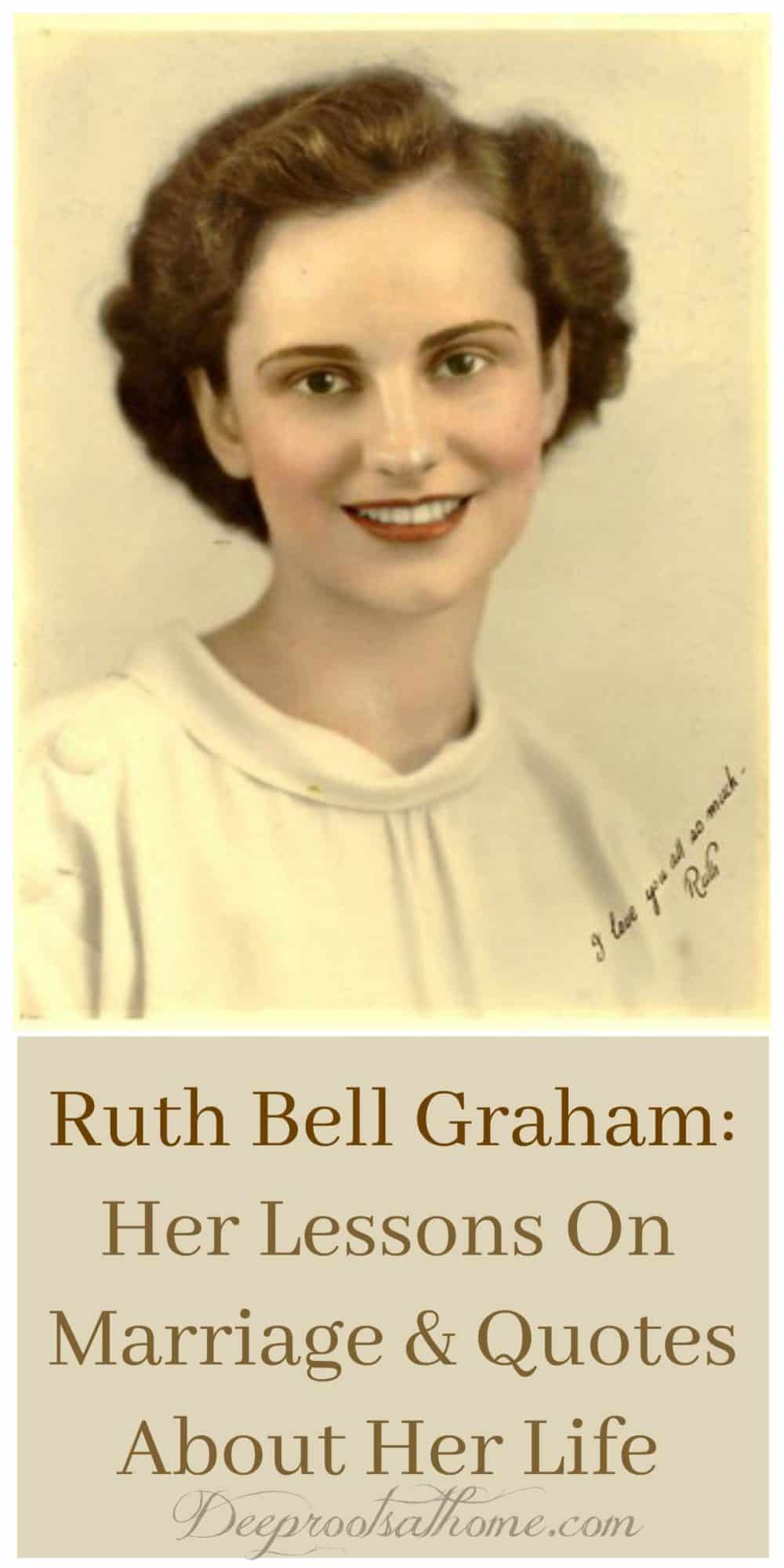