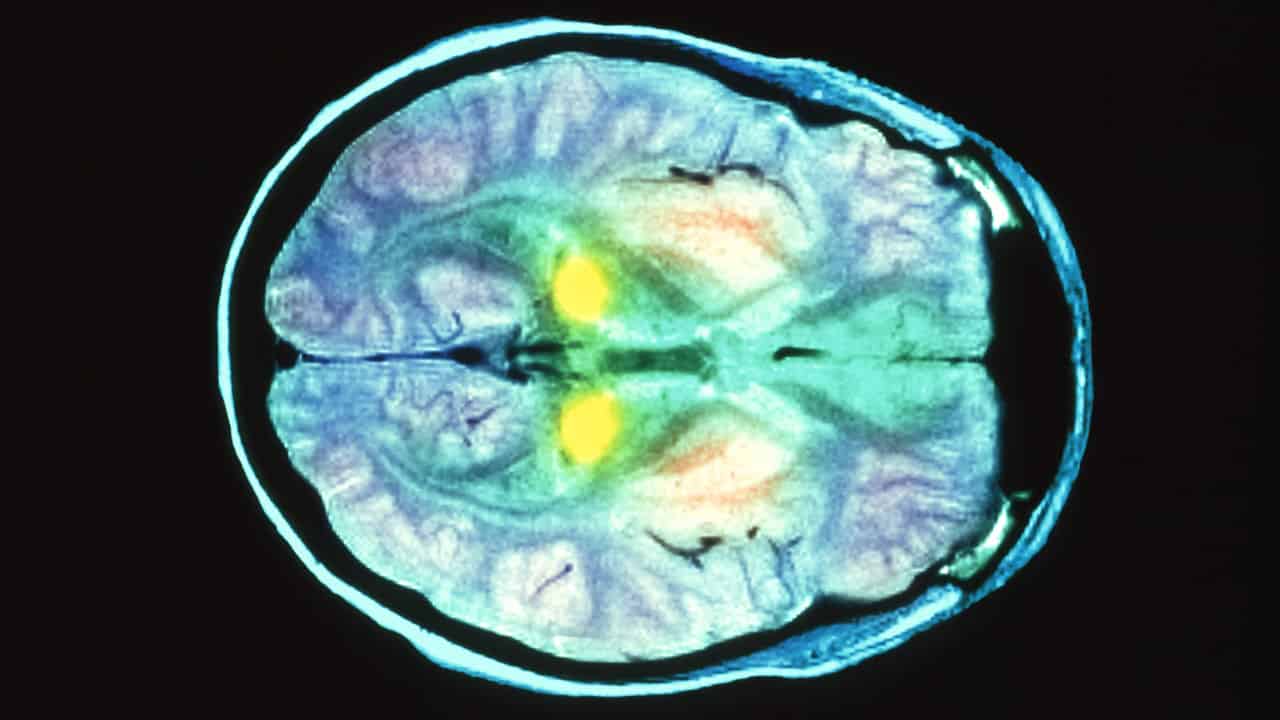 My interest in prion diseases is a personal one.

Our ND found abnormal prions in my husband and me during an electrodermal scan ~5 years ago. Since then, we’ve learned how one can halt prion growth. Below, I will explain how.

In light of our harrowing experience, it was incredibly jarring to read this study title: ‘Covid-19 RNA Based Vaccines and the Risk of Prion & Neurogenerative Diseases‘.

(Source) “The analysis indicates Pfizer’s RNA based vaccine contains many of the RNA sequences shown to have the potential to induce degenerative neurological diseases.”

Background: “The prion is an transmissible form of the normal prion protein, which has been found in deer, elk, cows and humans, is also referred to as wasting disease or spongiform encephalopathies. The lethal, infectious form induces the normal protein to twist into a malformation, initiating a disease process that ravages the brain. Prusiner won the Nobel Prize in Physiology or Medicine in 1997 for the discovery of prions as a new biological principle of infection. A new study sheds light on a question that has puzzled scientists for a number of years: how chronic wasting disease spreads so widely through herds and species in contrast to bovine spongiform encephalopathy in cattle, in which horizontal transmission between animals is rare. First detected in a research facility in Colorado in 1967, chronic wasting disease has since been detected in fourteen states and in two Canadian provinces, predominantly in the West, both in the wild and on commercial farms.” (source)

Prion protein damage causes tiny holes to form in brain tissue, making it appear sponge-like under a microscope. It is usually rapid and always fatal. (source)

Frighteningly, the study published by the Human Microbiology Institute revealed the outer shell of the SARS-CoV-2 spike protein contains “prion-like regions” that give the virus very high adhesion to ACE2 receptors in the human body.  A 10- to 20-fold higher affinity for ACE2, to be exact.

“All 4 of the current “V”s have a spike protein that can ‘punch holes’ in your blood brain barrier, go in and modify the FUS gene which can cause ALS, lead to cancer, or to frontal temporal lobe degeneration.”

Can We Do Anything To Counteract The Prion Threat?

Yes, I believe so.

Here is our Lyme and prion story: 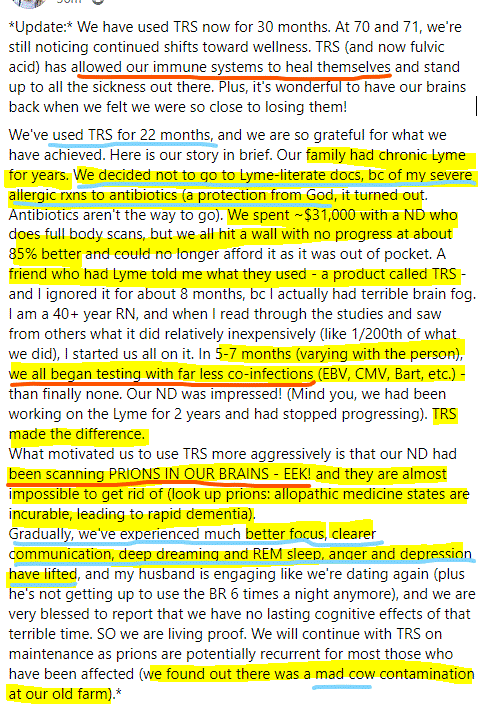 Because of our eventual full health rebound, almost two years ago, I decided to offer TRS through Deep Roots at Home. This was very informal at first, but because it has been so helpful for so many, I have continued to share it. After 48 years of nursing, either practicing or consulting, I believe I know an effective tool when I see it! 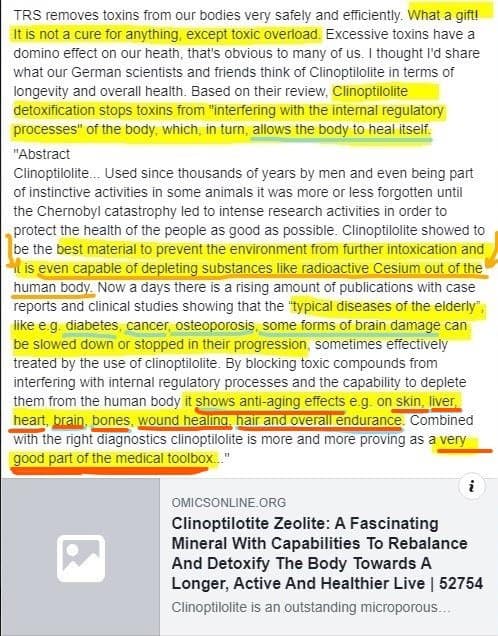 1. When prions come into contact with a “…heavy metal (manganese, aluminum, mercury, or organophosphate pesticides) or another twisted prion (rotten apple effect), then they too twist and distort.” Basically this is saying that prion proteins bond with heavy metals and then warp and start doing damage in the brain. Also, “PrPC (prion proteins) interacts with metal ions.“ We can infer removing the excess heavy metals will absolutely assist the body to prevent prion development and progression.

2. This study showed that “zeolite supplementation reduced oxidative damage, amyloid levels, and plaque generation in the brain of an Alzheimer’s disease mouse model.”

3. Nano-zeolites have been studied and shown to inhibit formation of abnormal clots. TRS (a nano-zeolite) is not a blood thinner, but if toxins (such as the spike protein) or heavy metals are an underlying cause in the formation of clots, TRS should help. 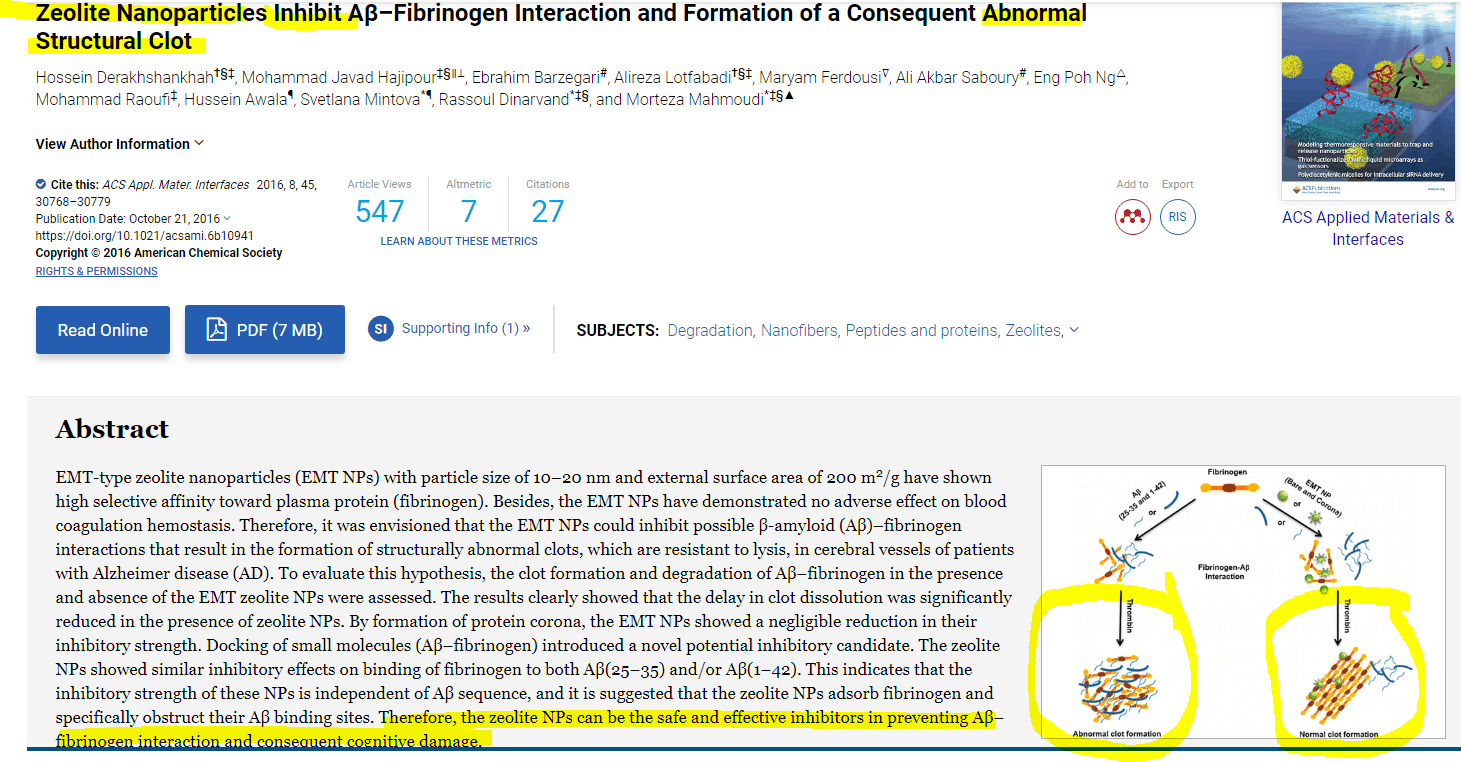 5. This study states the SARS-CoV-2 spike protein is positively charged and has “an increased affinity to bind to negatively charged regions of other molecules…”  It would be a fair assumption that spike proteins will be attracted and readily bond to the negatively-charged zeolites in TRS because they’re oppositely charged. 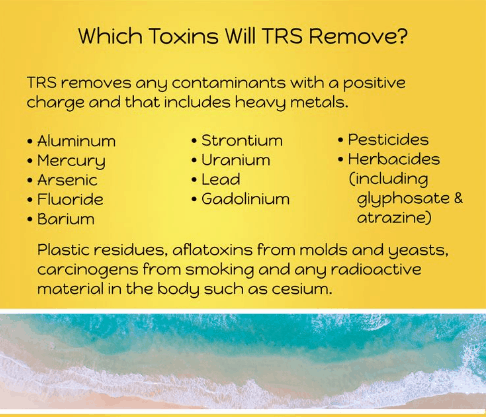 About TRS, the Product:

TRS zeolites are NOT A FAD, but a serious detoxification which stops toxins from interfering with the internal regulatory processes of the body.

Clinoptilolite TRS zeolites have been shown to:

TRS does not heal or cure anything, but it clears the body of toxins/metals and such so the body can heal and rebalance itself as it was designed to do.

An interesting read: Avalyn’s Story: How TRS, a Safe Heavy Metal Detox, Can Help Your Child.

“You keep him in perfect peace whose mind is stayed on you, because he trusts in you.” ~Isaiah 26:3