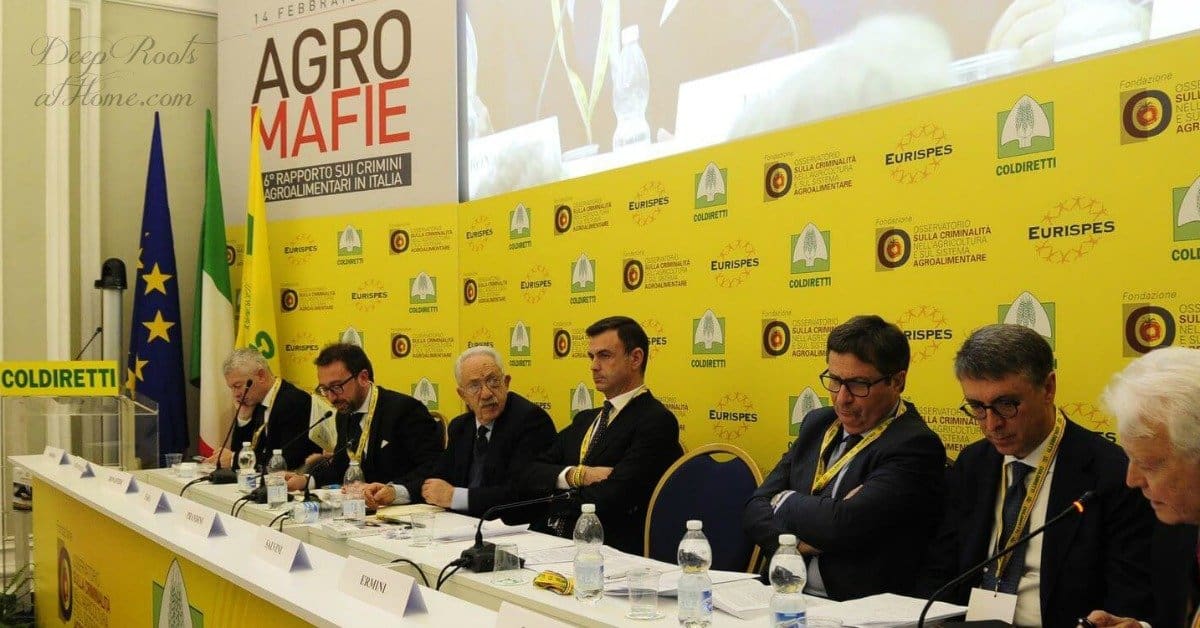 As concerned food consumers, we need to stay vigilant about the edible products we buy. Take honey for instance: did you know that most brands, including those labeled as pure honey, are diluted with high-fructose corn syrup?

And sadly now we are finding that extra-virgin olive oil is another common grocery item that has deceptive labeling. (For children with corn allergies who may not know it, this is very problematic).

It has been suggested that some olive oils are adulterated oils. Even if they come from Italy. There is apparently mass corruption in this industry. Mafia copies of fine olive oil, wine and cheese have fueled an explosion of food crime in Italy. It’s estimated to be a $16 billion-a-year enterprise. The Italians call what is happening “Agromafia,” and it’s a scandal for a people whose cuisine is considered a national treasure.

You might remember the 60 Minutes news presentation “AgroMafia” food fraud where they exposed the Mafia extending into agricultural products, especially olive oil, on which the mob makes huge profits by exporting imitations.

Journalist Tom Mueller who lived in Italy for 20 years and knows investigators and food producers, admitted:

“You in many cases are getting lower grade oil that has been blended with some good extra virgin olive oil…you’re sometimes getting deodorized oil. They blend it with some oil that has some character to give it a little color, a little flavor…and they sell that as extra virgin. It’s illegal – it happens all the time.

“Extra virgin must come from the first press of olives and be free of additives. It’s fruity, aromatic and has a spicy finish. The best can sell for $50-a-gallon…but a fake costs just seven dollars to make. The profit margin can be three times better than cocaine.”

Tom Mueller also stated that, “Easily half of the bottles that are sold as extra virgin in supermarkets in Italy do not meet the legal grades for extra virgin oil.”

Testing Olive Oil Companies: The Good and the Bad

Researchers at the University of California, Davis stated:

“Our laboratory tests found that samples of imported olive oil labeled as “extra virgin” and sold at retail locations in California often did not meet international and US standards. These failed samples had defective flavors such as rancid, fusty, and musty. Our chemical testing indicated that the samples failed extra virgin standards for reasons that include one or more of the following:

The UC Davis researchers found that 69% of imported olive oil labeled “extra virgin” had been compromised.

These Are the Olive Oil Brands That Failed the Test (see Table 3 in UC, Davis paper and here):

And interestingly, Consumer Reports, 2012, published results of a taste test of 138 bottles of extra virgin olive oil from 23 manufacturers. These oils were sourced from the US, Argentina, Greece, Chile, and Italy. They found that olive oil produced in California exceeded those from Italy.

Two highest scoring oils (both from California) from their testing were:

Can You Test Olive Oil To See If It Is Fake – or Not?

It has been said that you can also test the olive oil by putting the bottle in the fridge for half an hour. The premise behind this test is that extra-virgin olive oil is comprised of mostly monounsaturated fats which solidify when cold. But testing it in the refrigerator has been debunked, and there are 2 reasons why the test will not always work.

Update: 6/19/19: In the interest of fairness to all these companies, the deeper I get into investigating this, the more confusing it becomes. 60 Minutes tells us one thing while The North American Olive Oil Association states that the UC Davis report is ambiguous and misleading. I cannot give recommendations, but urge everyone to do their own research to discover the truth company by company! There have been lawsuits and some companies have changed for the better since then (reflected in their increased testing and certifications).

Labeling to Look For:

Look for official governmental seals of approval on the label such as “Australian Extra Virgin Certified” and (COOC) “California Olive Oil Council Certified.”

“When I grew up in Italy in the 1950s, it was still very agricultural. Food was very important; produce was very important. Everyone made their own olive oil. It took me a long time after I moved here to understand that Americans are much further away from their food.” ~Isabella Rossellini 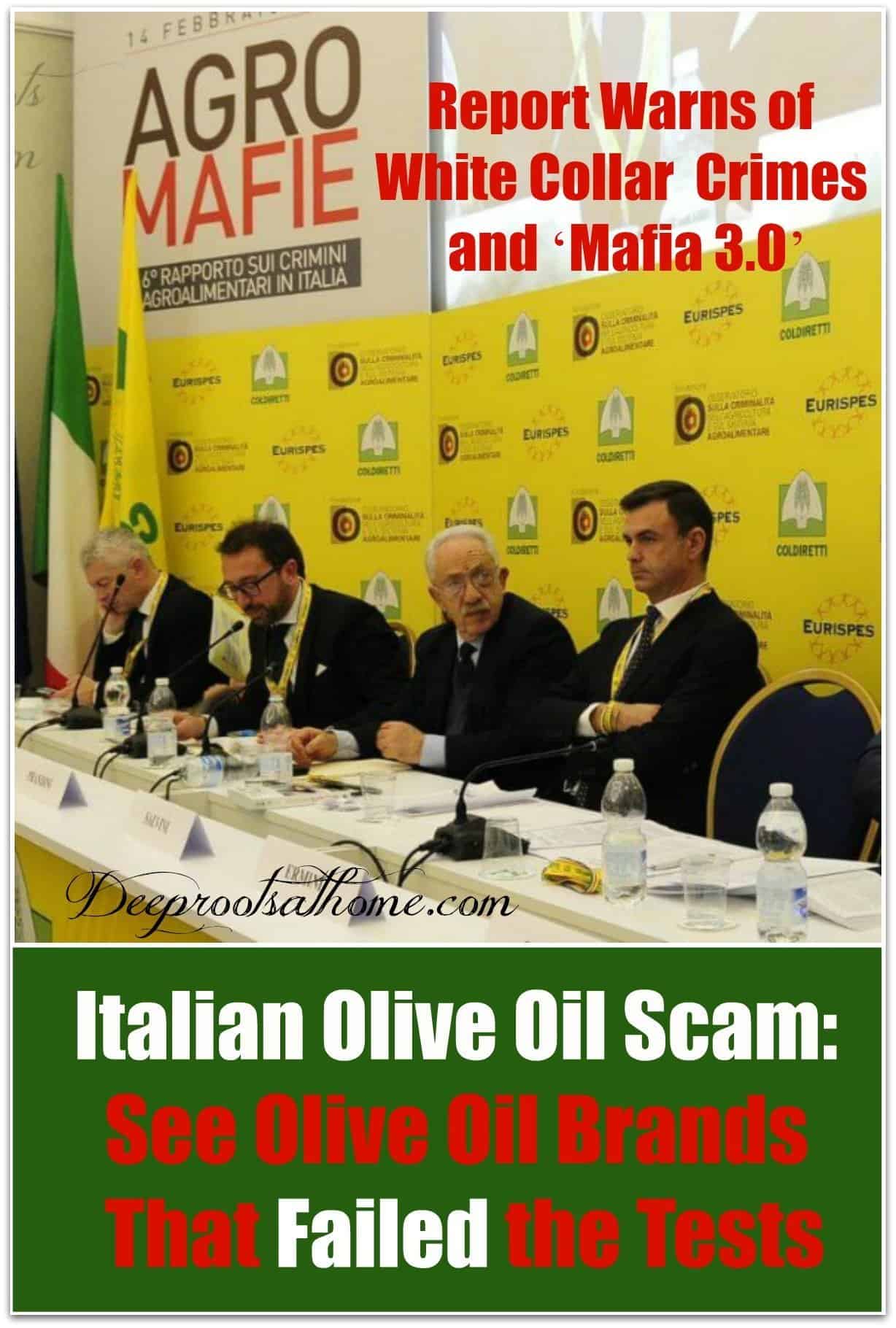