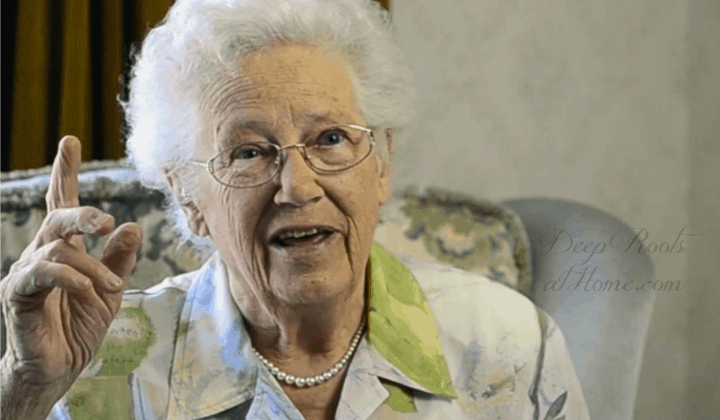 By Justin Taylor of The Gospel Coalition (TGC) with permission. If you love the encouragement of Betsie ten Boom, Corrie ten Boom and Darlene Rose, may you be strengthened by this true story of grace under fire!

Dr. Helen Roseveare, a respected and famous English missionary to the Congo, has passed away at the age of 91.

Helen Roseveare was born in 1925 at Haileybury College (Hertfordshire, England), where her father taught mathematics. Helen was raised in a comfortable English family. In her book, Give Me This Mountain, she admits that as a girl she was “endlessly active, restless with animal spirits, always in mischief, with an urge to excel, to be noticed, to be the centre of the group, an inner need to be admired,” characteristics with which she struggled, in one form or another, all her life.

Raised in an Anglican church, Helen’s Sunday school teacher once told their class about India, and Helen resolved to herself that she would one day be a missionary.

Despite the Christian heritage of her family, and faithful attendance at church, Helen sensed a void in her life and distance from God. She felt that God could meet both her need and the crushing, overwhelming problems of the world she was studying about, but found herself asking Where is He? How can I find Him? How can I become part of His pattern, and lose myself in Him?

Feeling steadily drawn to medicine, she enrolled in Newnham College at Cambridge University to study medicine. There she joined the Cambridge Inter-Collegiate Christian Union (CICCU) through the invitation of a student named Dorothy. She became an active participant in the prayer meetings and Bible studies, reading the New Testament for the first time. But she later said that her understanding of Christianity was more head knowledge than heartfelt.

In the winter of 1945, the Lord met her in a personal way during a student retreat. She gave her testimony on the final evening, and Bible teacher Graham Scroggie wrote Philippians 3:10 in her new Bible, and told her:

Tonight you’ve entered into the first part of the verse, “That I may know Him.” This is only the beginning, and there’s a long journey ahead. My prayer for you is that you will go on through the verse to know “the power of His resurrection” and also, God willing, one day perhaps, “the fellowship of His sufferings, being made conformable unto His death.”

She felt an increased sense of calling toward missions, and publicly declared during a missionary gathering in North England, “I’ll go anywhere God wants me to, whatever the cost.”

Afterwards, I went up into the mountains and had it out with God. “O.K. God, today I mean it. Go ahead and make me more like Jesus, whatever the cost. But please (knowing myself fairly well), when I feel I can’t stand anymore and cry out, ‘Stop!’ will you ignore my ‘stop’ and remember that today I said ‘Go ahead!’?”

After graduating from Cambridge with her doctorate in medicine, Helen studied for six months at the Worldwide Evangelization Crusade college at Crystal Palace. From there she went to Belgium to study French and Holland to take a course on tropical medicine as she prepared for her appointment as a medical missionary in the Congo.

In mid-March of 1953, at the age of 28, single, she arrived in the northeastern region of the Congo (later named Zaire).

In the first two years, she founded a training school for nurses, training women to serve as nurse-evangelists, who in turn would run clinics and dispensaries in different regions.

In October 1955, she was asked to transfer seven miles away to run an abandoned maternity and leprosy center in Nebobongo. Working with local Africans, Helen helped to transform the center into a hospital with 100 beds, serving mothers, lepers, and children, along with a training school for paramedics and 48 rural clinics. Outside of these facilities, there was no other medical help for 150 miles in any direction. 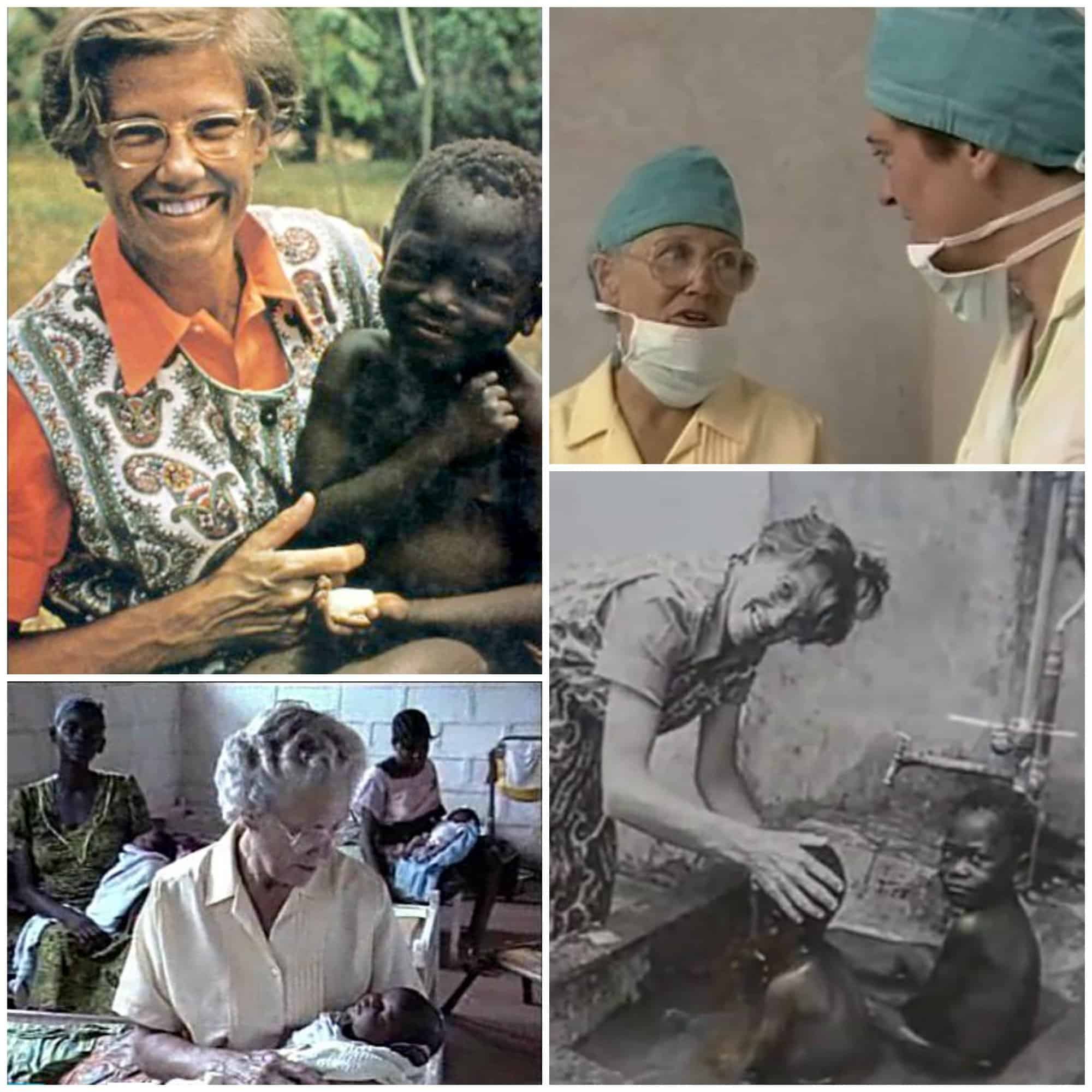 Exhausted, Helen returned to England in 1958 for a furlough, during which time she received further medical training.

The Congo became independent from Belgium in 1960, and civil war broke out in 1964. All of the medical facilities they had established were destroyed. Helen was among ten Protestant missionaries put under house arrest by the rebel forces for several weeks, after which time they were moved and imprisoned.

She describes the horror of what happened after she tried to escape:

They found me, dragged me to my feet, struck me over head and shoulders, flung me on the ground, kicked me, dragged me to my feet only to strike me again—the sickening searing pain of a broken tooth, a mouth full of sticky blood, my glasses gone. Beyond sense, numb with horror and unknown fear, driven, dragged, pushed back to my own house—yelled at, insulted, cursed.

Her captors, she wrote, “were brutal and drunken. They cursed and swore, they struck and kicked, they used the butt-end of rifles and rubber truncheons. We were roughly taken, thrown in prisons, humiliated, threatened.”

On that dreadful night, beaten and bruised, terrified and tormented, unutterably alone, I had felt at last God had failed me. Surely He could have stepped in earlier, surely things need not have gone that far. I had reached what seemed to be the ultimate depth of despairing nothingness.

In this darkness, however, Helen sensed the Lord saying to her:

You asked Me, when you were first converted, for the privilege of being a missionary. This is it. Don’t you want it? . . . These are not your sufferings. They’re Mine. All I ask of you is the loan of your body.

She eventually received an “overwhelming sense of privilege, that Almighty God would stoop to ask of me, a mere nobody in a forest clearing in the jungles of Africa, something He needed.”

She later pointed to God’s goodness despite this great evil:

Through the brutal heartbreaking experience of rape, God met with me—with outstretched arms of love. It was an unbelievable experience: He was so utterly there, so totally understanding, his comfort was so complete—and suddenly I knew—I really knew that his love was unutterably sufficient. He did love me! He did understand!

[God] understood not only my desperate misery but also my awakened desires and mixed up horror of emotional trauma. I knew that Philippians 4:19, “My God will supply every need of yours according to his riches in glory in Christ Jesus,” was true on all levels, not just on a hyper-spiritual shelf where I had tried to relegate it. . . . He was actually offering me the inestimable privilege of sharing in some little way in the fellowship of His sufferings.

This theme of “privilege” became prominent in Helen’s ministry. In her Urbana ’76 address, she said:

One word became unbelievably clear, and that word was privilege. He didn’t take away pain or cruelty or humiliation. No! It was all there, but now it was altogether different. It was with him, for him, in him. He was actually offering me the inestimable privilege of sharing in some little way the edge of the fellowship of his suffering.  In the weeks of imprisonment that followed and in the subsequent years of continued service, looking back, one has tried to “count the cost,” but I find it all swallowed up in privilege. The cost suddenly seems very small and transient in the greatness and permanence of the privilege.

After returning to Africa in 1966, Helen soon left Nebobongo to establish a new medical center in Nyankunde in northeastern Zaire, producing a 250-bed hospital, maternity ward, training college for doctors, a center for leprosy, and other endeavors.

There, too, she experienced several trials and relational difficulties. She never claimed to see visions or hear the voice of the Lord, but she did sense him rebuking her attitude. On one occasion, her conviction from the Lord went as follows:

You no longer want Jesus only, but Jesus plus . . . plus respect, popularity, public opinion, success and pride. You wanted to go out with all the trumpets blaring, from a farewell-do that you organized for yourself with photographs and tape-recordings to show and play at home, just to reveal what you had achieved. You wanted to feel needed and respected. You wanted the other missionaries to be worried about how they’ll ever carry on after you’ve gone. You’d like letters when you go home to tell how much they realize they owe to you, how much they miss you. All this and more. Jesus plus. . . . No, you can’t have it. Either it must be “Jesus only” or you’ll find you have no Jesus. You’ll substitute Helen Roseveare.

She gives us this video on suffering, but she also did a video on singleness.

In 1973, Helen returned to the UK for health reasons, settling in Northern Ireland. She traveled, wrote several books, (including Living Sacrifice: Willing to be Whittled as an Arrow) and served as a missionary advocate. She went to be with her Lord, from whom she counted it a privilege to suffer, on December 7, 2016, at the age of 91.

Helen Roseveare joins the ranks of some of my heroes including Corrie and Betsie ten Boom and Darlene Rose.

“Never pity missionaries; envy them. They are where the real action is – where life and death, sin and grace, Heaven and Hell converge.”
~ Robert C. Shannon 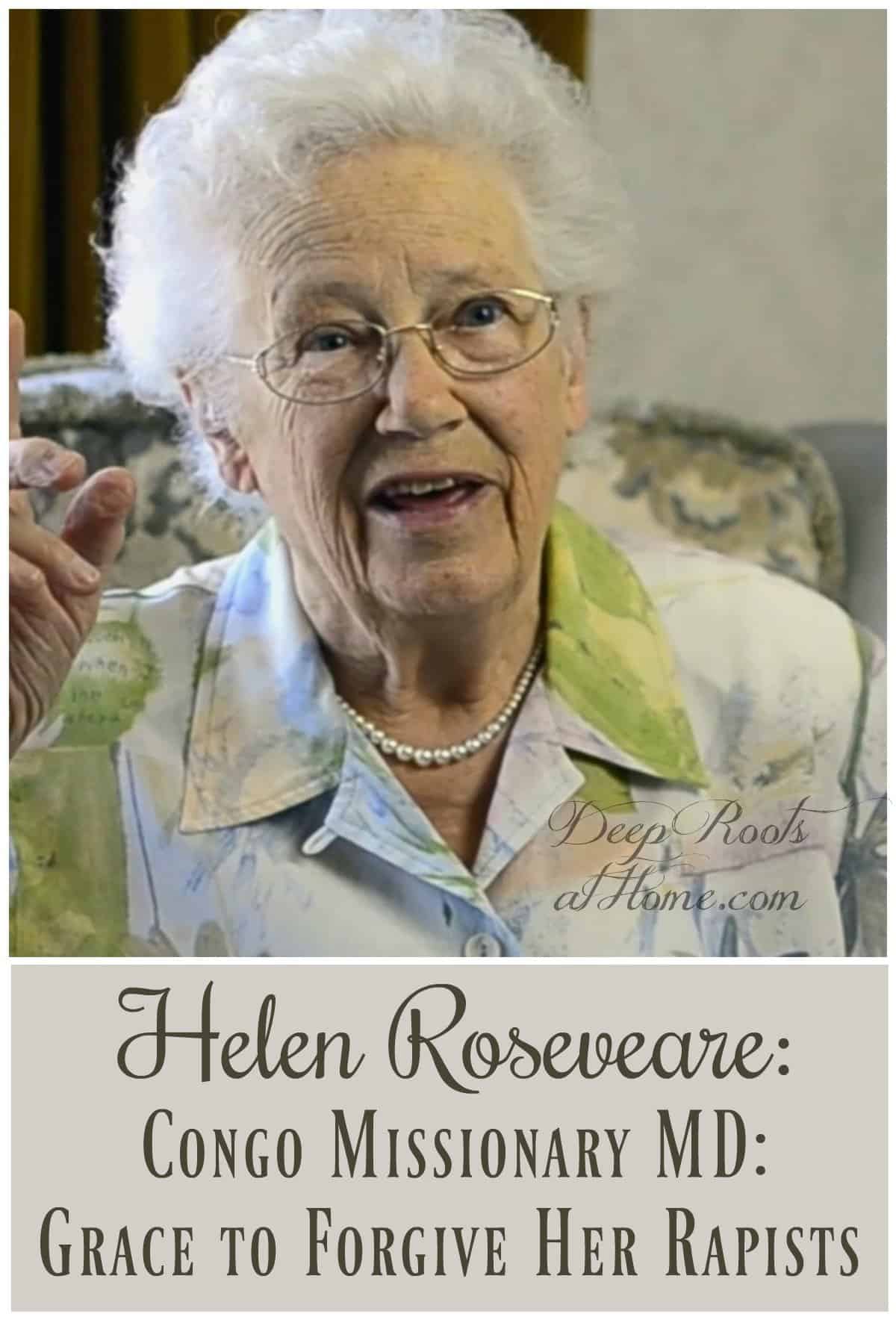