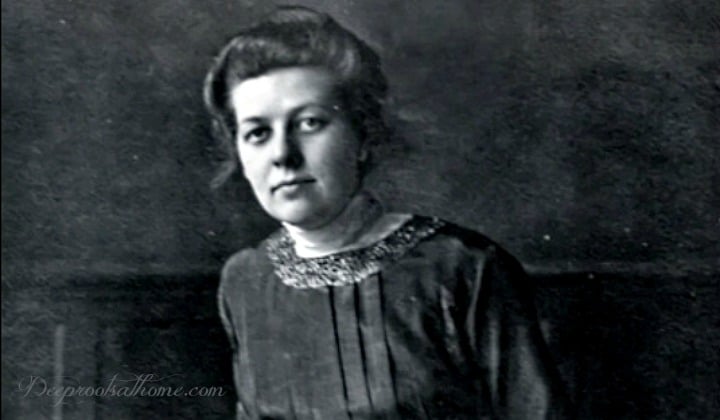 Betsie and Corrie ten Boom spent time in notorious Ravensbrück Concentration Camp north of Berlin for hiding Jews in their home during the Nazi occupation of Holland.

The ten Boom family of Haarlem, Holland were watchmakers by trade.

They also lived as devout Christians. Corrie was raised to understand that honoring God included respecting the Jewish people.

Here is Corrie ten Boom’s famous story of Betsie and the fleas from The Hiding Place:

We lay back, struggling against the nausea that swept over us from the reeking straw.

..Suddenly I sat up, striking my head on the cross-slats above. Something had pinched my leg.

“‘Fleas!’ I cried. ’Betsie, the place is swarming with them!’

“‘Show us. Show us how.’ It was said so matter of factly it took me a second to realize she was praying. More and more the distinction between prayer and the rest of life seemed to be vanishing for Betsie.

“‘Corrie!’ she said excitedly. ’He’s given us the answer! Before we asked, as He always does! In the Bible this morning. Where was it? Read that part again!’

“I glanced down the long dim aisle to make sure no guard was in sight, then drew the Bible from its pouch. ‘It was in First Thessalonians,’ I said. We were on our third complete reading of the New Testament since leaving Scheveningen.

“In the feeble light I turned the pages. ‘Here it is: “Comfort the frightened, help the weak, be patient with everyone. See that none of you repays evil for evil, but always seek to do good to one another and to all…’”

It seemed written expressly to Ravensbruck. 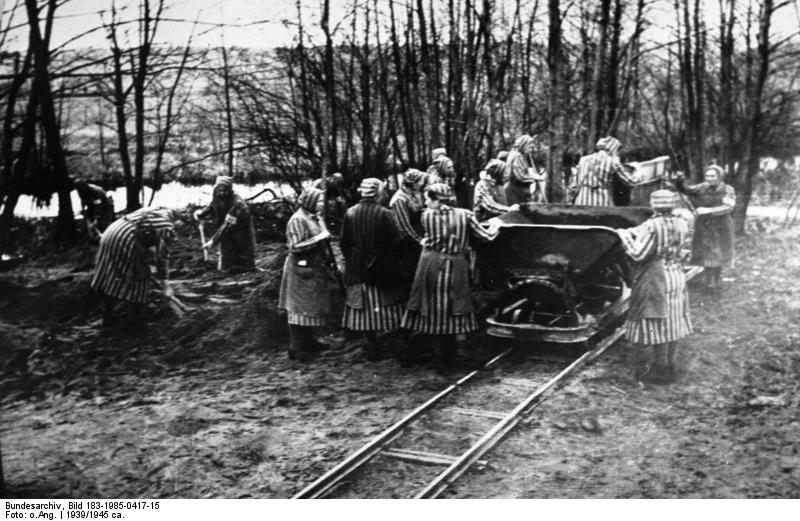 “‘Oh yes:’…“Rejoice always, pray constantly, give thanks in all circumstances; for this is the will of God in Christ Jesus.’”

“‘That’s it, Corrie! That’s His answer. “Give thanks in all circumstances!” That’s what we can do. We can start right now to thank God for every single thing about this new barracks!’ I stared at her; then around me at the dark, foul-aired room.

“‘Such as being assigned here together.’

“‘Such as what you’re holding in your hands.’ I looked down at the Bible.

“‘Yes! Thank You, dear Lord, that there was no inspection when we entered here! Thank You for all these women, here in this room, who will meet You in these pages.’

“‘Yes,’ said Betsie, ‘Thank You for the very crowding here. Since we’re packed so close, that many more will hear!’

She looked at me expectantly. ‘Corrie!’ she prodded.

“‘Oh, all right. Thank You for the jammed, crammed, stuffed, packed suffocating crowds.’

“‘Thank You,’ Betsie went on serenely, ‘for the fleas and for–’ 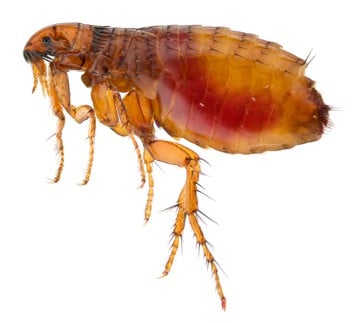 “The fleas! This was too much. ‘Betsie, there’s no way even God can make me grateful for a flea.’

“‘Give thanks in all circumstances,’ she quoted. It doesn’t say, ‘in pleasant circumstances.’ Fleas are part of this place where God has put us.

“And so we stood between tiers of bunks and gave thanks for fleas. But this time I was sure Betsie was wrong.”

“Back at the barracks we formed yet another line–would there never be an end to columns and waits?–to receive our ladle of turnip soup in the center room. Then, as quickly as we could for the press of people, Betsie and I made our way to the rear of the dormitory room where we held our worship “service.” Around our own platform area there was not enough light to read the Bible, but back here a small light bulb cast a wan yellow circle on the wall, and here an ever larger group of women gathered.
“They were services like no others, these times in Barracks 28.

“At first Betsie and I called these meetings with great timidity. But as night after night went by and no guard ever came near us, we grew bolder. So many now wanted to join us that we held a second service after evening roll call.

There on the Lagerstrasse we were under rigid surveillance, guards in their warm wool capes marching constantly up and down. It was the same in the center room of the barracks: half a dozen guards or camp police always present. Yet in the large dormitory room there was almost no supervision at all. We did not understand it.

“One evening I got back to the barracks late from a wood-gathering foray outside the walls. A light snow lay on the ground and it was hard to find the sticks and twigs with which a small stove was kept going in each room. Betsie was waiting for me, as always, so that we could wait through the food line together. Her eyes were twinkling.

They Were God’s Protection

“‘You’re looking extraordinarily pleased with yourself,’ I told her.

“‘You know, we’ve never understood why we had so much freedom in the big room,’ she said. ‘Well–I’ve found out.’

“That afternoon, she said, there’d been confusion in her knitting group about sock sizes and they’d asked the supervisor to come and settle it.

“But she wouldn’t. She wouldn’t step through the door and neither would the guards. And you know why?” 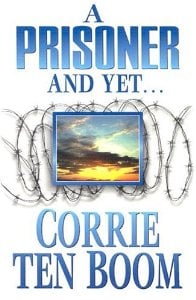 “Betsie could not keep the triumph from her voice: ‘Because of the fleas! That’s what she said, “That place is crawling with fleas!’”

“My mind rushed back to our first hour in this place. I remembered Betsie’s bowed head, remembered her thanks to God for creatures I could see no use for.”

Barracks 28 at Ravensbruck was known as “the crazy place where women have hope.” And hope they had—a living hope.

Hope in the midst of darkness.

Hope in the midst of persecution.

Hope in the midst of unimaginable evils.

Many women in Barracks 28 knew and believed (as Corrie put it) that “there is no pit so deep that His [God’s] love is not deeper still.”

The conclusion of Romans chapter eight became one of the scriptures that sustained them all:

“Who shall separate us from the love of Christ? Shall tribulation, or distress, or persecution, or famine, or nakedness, or peril, or sword?… Nay, in all these things we are more than conquerors through Him that loved us.” ~Romans 8: 35, 37 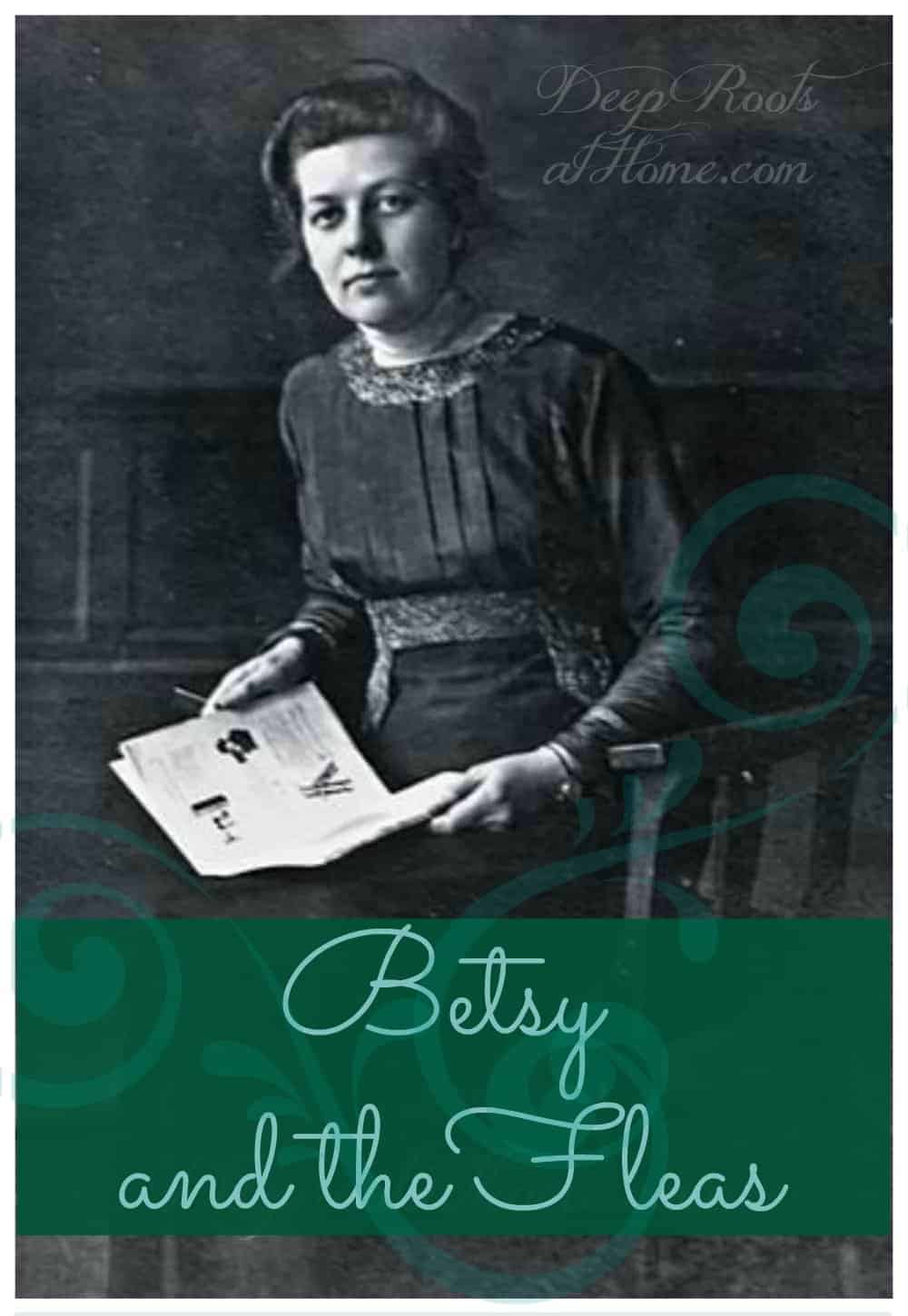