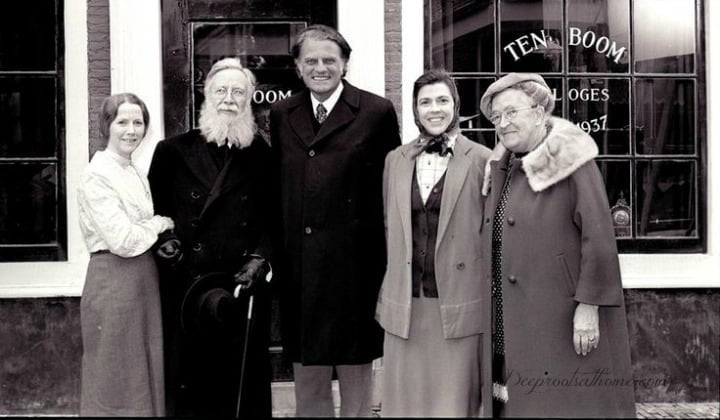 (Source) Photo of Billy Graham on set of “The Hiding Place” with Corrie Ten Boom and actors.

“Is it possible for people from different faiths to live together, to laugh together, pray together, eat together, and sacrifice their lives for one another?

Is it possible to live a life of self-sacrifice even to the point of death for an unseen hope one believes in?

In a world of strife and growing conflict, the answer may seem to be ‘No’. In a world of division and ethnic war, it may appear that such attitudes are not humanly possible.

What could cause people to express the kind of love and sacrificial care that they would risk their own safety and their own lives for its expression? Is such a love possible?”

In the story of Corrie and the ten Boom family, the answer can only be found because they opened their hearts to an extraordinary God and became players in one of the most remarkable stories ever told. 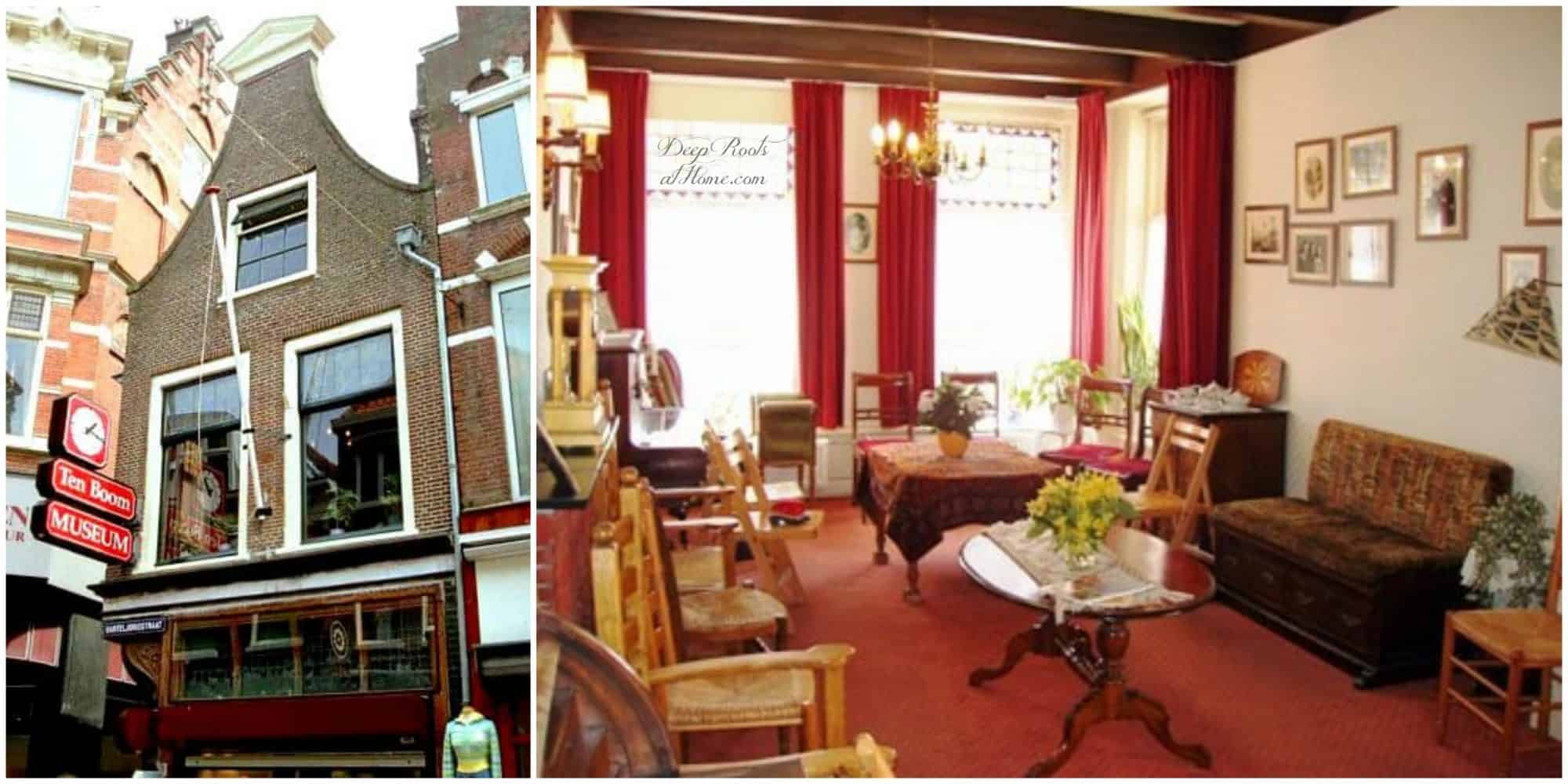 Cornelia Johanna ten Boom was born on April 15, 1892, in Haarlem, Netherlands, near Amsterdam. Known as ‘Corrie’ all her life, she was the youngest child, with two sisters, Betsie and Nollie, and one brother, Willem. Their father, Casper, was a jeweler and watchmaker.

The ten Boom family lived in rooms above Casper’s watch shop. The family was members of the Dutch Reformed Church. Faith in God inspired them to serve society, offering shelter, food and money to those in need. In this tradition, the family held a deep respect for the Jewish community in Amsterdam, considering them “God’s ancient people.”

The ten Boom home was a refuge for Jews and Dutch underground meetings in Holland during WWII. Their lives were torn apart when the family was arrested and taken to concentration camps for hiding people from the Nazi authorities. Casper died, her sister Betsie died, and Corrie had to look to the Lord for her source of strength. Later, after her release, she wrote about these harrowing experiences in her riveting book The Hiding Place.

By all accounts, they saved nearly 800 lives.

“You are my hiding place; You will protect me from trouble and surround me with songs of deliverance.”  ~Psalm 32: 7

What Makes Corrie A Heroine?

The Bible tells us that God is our hiding place, and that He is a perfect shelter for His children. Corrie knew this and lived it out.

On Fridays the women had to walk naked to degrading medical inspections. Corrie focused on the thought that Jesus Christ hung naked on the cross.

After working hard labor every day, Corrie and her sister Betsie held worship services in their barracks with the other women. They had been able to sneak a Bible into the camp under the eyes of the guards.

Corrie pens in her book The Hiding Place, “At first Betsie and I called these meetings with great timidity. But as night after night went by and no guard ever came near us, we grew bolder… A single meeting might include a recital of the Magnificat in Latin by a group on Roman Catholics, a whispered hymn by some Lutherans, and  a sotto-voce chant by Eastern Orthodox women. With each moment, the crowd around us would swell… At last either Betsie or I would open the Bible. Because only the Hollanders could understand the Dutch text, we would translate aloud in German. And then we would hear the life-giving words passed back along the aisles in French, Polish, Russian, Czech, and back into Dutch. They were little previews of heaven, these evenings beneath the light bulb.”

Corrie endured solitary confinement in prison and ten months of manual labor and mental torture while interned, but she prayed for her captors and never lost her mind.

On New Year’s Eve, 1944, she was released from Ravensbruck concentration camp and later learned it was due to a clerk’s error. All the women her age met their death just one week after her discharge.

We have a solid model to learn from in Corrie. This little review doesn’t come close to doing her life justice.

She not only had a deep faith in God, but she lived out her relationship with Christ in the way she spent her life for others. Her courage was unmatched. In her later years she didn’t retire to sit around, grow old and vegetate. She set about establishing rehabilitation houses for survivors and sharing her message of forgiveness, mercy, and God’s grace around the world.

We have no idea what would have happened if the family had not opened their door to these people. What we do know is this: no matter what, there were no bounds to her faith, hope, and trust in the Lord.  Corrie went home on her 91st birthday, just as it says in her family’s favorite passage in Psalm 91, to “the shelter of the Most High.”

“It matters not how dark it is – His light is always brighter.” –Corrie ten Boom

“A caution is in order before you read the story of the Dutch Christian family ten Boom. The story can be a dangerous story, for having once heard it, you might be find it impossible to be impacted by its implications. You might find that you have been changed forever.” – The Corrie ten Boom Museum 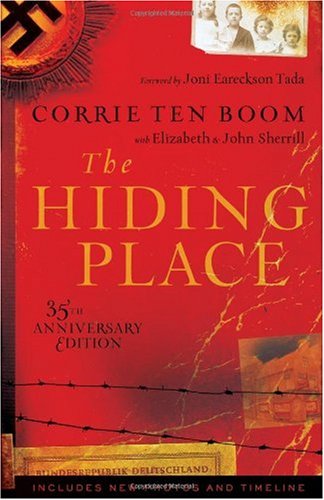 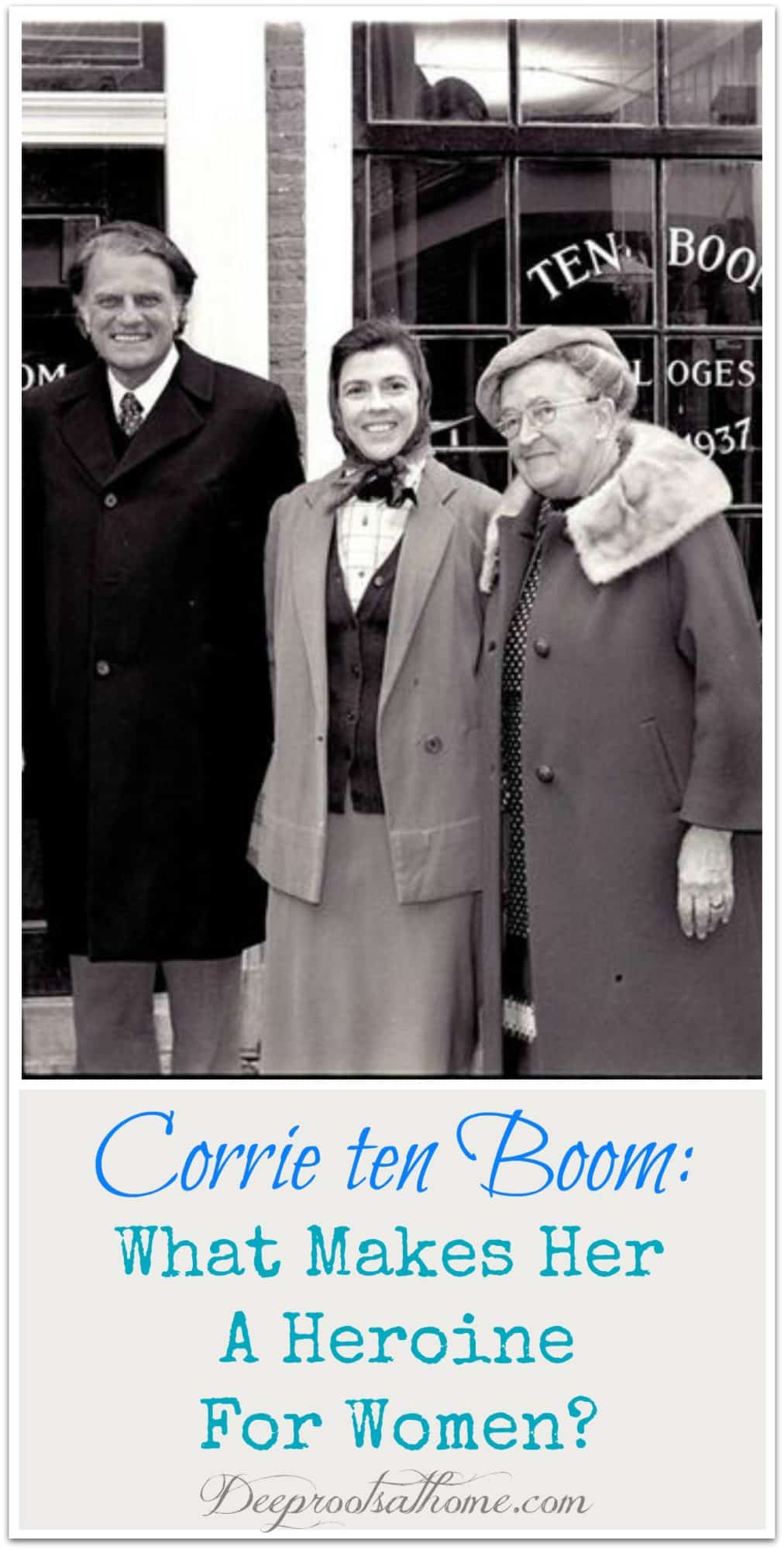