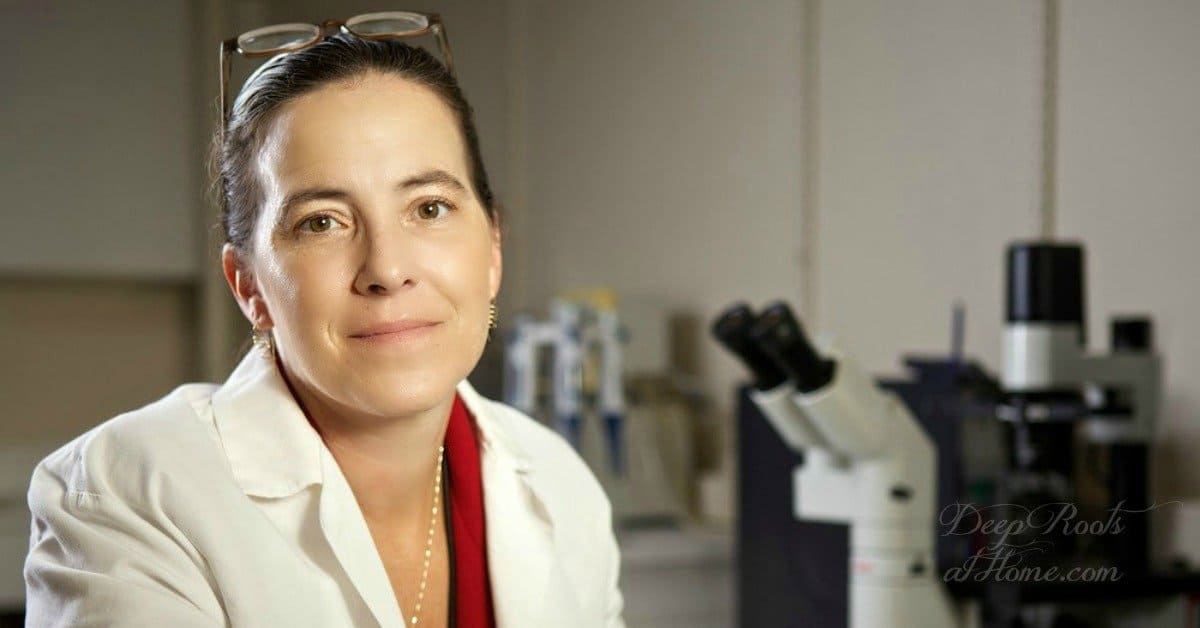 Dr. Theresa Deisher received her Ph.D. in Molecular and Cellular Physiology from Stanford University and has spent over 20 years in commercial biotechnology.

In her Open Letter to Legislators, she warns that vaccine products contain DNA fragments from fetal tissue that cannot be filtered out. Research conducted suggests that using foreign, human DNA fragments (of two different sexes) is having unintended consequences.

To illustrate the autoimmune capability of very small amounts of fetal DNA, consider this: labor in childbirth is triggered by fetal DNA from the baby that builds up in the mother’s bloodstream, triggering a massive immune rejection of the baby when it is time. This is [normal] labor. (source)(source)

Regarding DNA In MMR, Hep-A, DTaP

Merck’s MMR II vaccine (as well as the chickenpox, DTaP (Pentacel) ,and all Hep-A containing vaccines) is manufactured using human fetal cell lines and are heavily contaminated from the production process [and are] known to activate Toll-like receptor 9 (TLR9), which cause autoimmune attacks.

You will find the vaccine inserts ingredient lists here (scroll down).

Anyone who says that the fetal DNA contaminating our vaccines is harmless either does not know anything about immunity and Toll-like receptors or they are not telling the truth.

This is direct biological evidence that fetal DNA contaminants in vaccines are not in low innocuous amounts. They are a very strong proinflammatory trigger.

Administration of fragments of non-self human fetal DNA to a child (as in shots), could generate an immune response that would also cross-react with the child’s own DNA.

It Appears, Children are Not Born with Autism

Duke University demonstrated in a recent study that significant improvements in behavior were observed when children with autism spectrum disorder were treated with their own banked autologous cord blood[v]. This treatment clearly shows that most children with autism are not born with it since genetic conditions like Down syndrome or muscular fibrosis cannot be treated with autologous stem cells. Therefore, an environmental trigger(s), introduced to the world around 1980 when autism first began to rise, must be identified and eliminated or reduced in the environment.

–WI-38 is the cell line from a FEMALE aborted fetus, used to cultivate viruses used in vaccines.

When you inject the DNA from a FEMALE (carrying two X chromosomes) into a MALE (who already carries one X chromosome and a weaker Y chromosome) you now have an overload of the X chromosome.

Now we have an onslaught of BOYS who think they should be GIRLS.

Do we have male DNA in vaccines?

–The MRC-5 is the code given to the fetal cell line from a MALE aborted fetus, also used to cultivate vaccine viral components.

Do we have girls thinking they are boys?

Is it as prominent as boys wanting to be girls?

Are You Ready To Meet the Babies In Your Next Vaccines?

Dr. Deisher testifies on the connection between vaccines and rising rates of autism…

Dr. Plotkin’s Admits aborted fetal tissue and DNA used to develop vaccs and in the ingredients

Dr. Stanley Plotkin, dubbed the “Godfather of Vaccines”, has contributed to the development of a number of vaccines during his long career. (source)

In the deposition below, you’ll hear Plotkin admit that 76 abortions took place in just a single study during the development of these vaccines. He confirms in his statement that these experiments involved tissue taken from the pituitary gland, lungs, skin, kidney, spleen, heart and other body parts of these healthy babies who were aborted (and other heinous admissions).

Below this video, there is a full outline of where in the video he admitted something that until now it was hard to verify!

Ex. 7:50:35 Did you use orphans and mentally retarded children to test an experimental disease?

7:44:20 How many fetus’ total have you dissected in order to prepare to create vaccines? =76

7:48:25 Aborted fetal tissue and DNA used in development and in the ingredients of vaccines

7:50:35 Did you use orphans and mentally retarded children to test an experimental disease (15 years post Nuremberg Code)?

7:53:20 “Better to perform experiments on those less likely to contribute to society like mentally handicapped”
7:54:02 The letter to the editor of Ethics of Human Experimentation – “Its unlike Nazi philosophy”
7:56:00 The 1959 experiments on over 1 million people under Colonial Rule in the Congo, Leopoldville, Burundi
8:02:50 Do you take issues with Religious beliefs?
8:18:30 Are you asking me if I’m launching AIDS?!
8:31:00 How do you define an Anti-Vaxxer?
8:47:30 Harvard’s Study of VAERS Vaccine Adverse Events Reporting System finds less than 1% are reported

Share20.5K
Telegram
Pin37
20.5K Shares
« Navy Pilots are Banned from Consuming Energy Drinks: See Why
Kefir: Why To Drink It & How To Make this Power Beverage at Home »