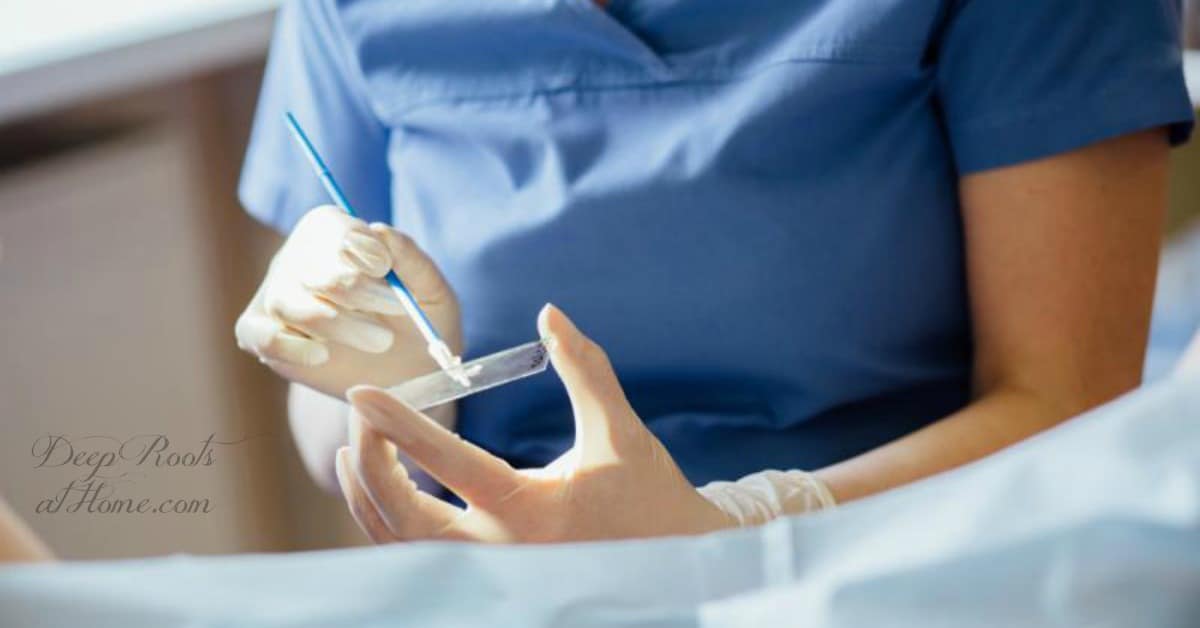 Have we forgotten the pap smear (pap test) in our routine women’s health arsenal? As a medical person, I keep abreast of things like this, and I don’t hear about pap smears anymore…have you? From age 25 to 55, I had one every 3-5 years.

However, in the last 15 years, I have seen ads for Gardasil vaccines (and flu shots) pretty much everywhere… 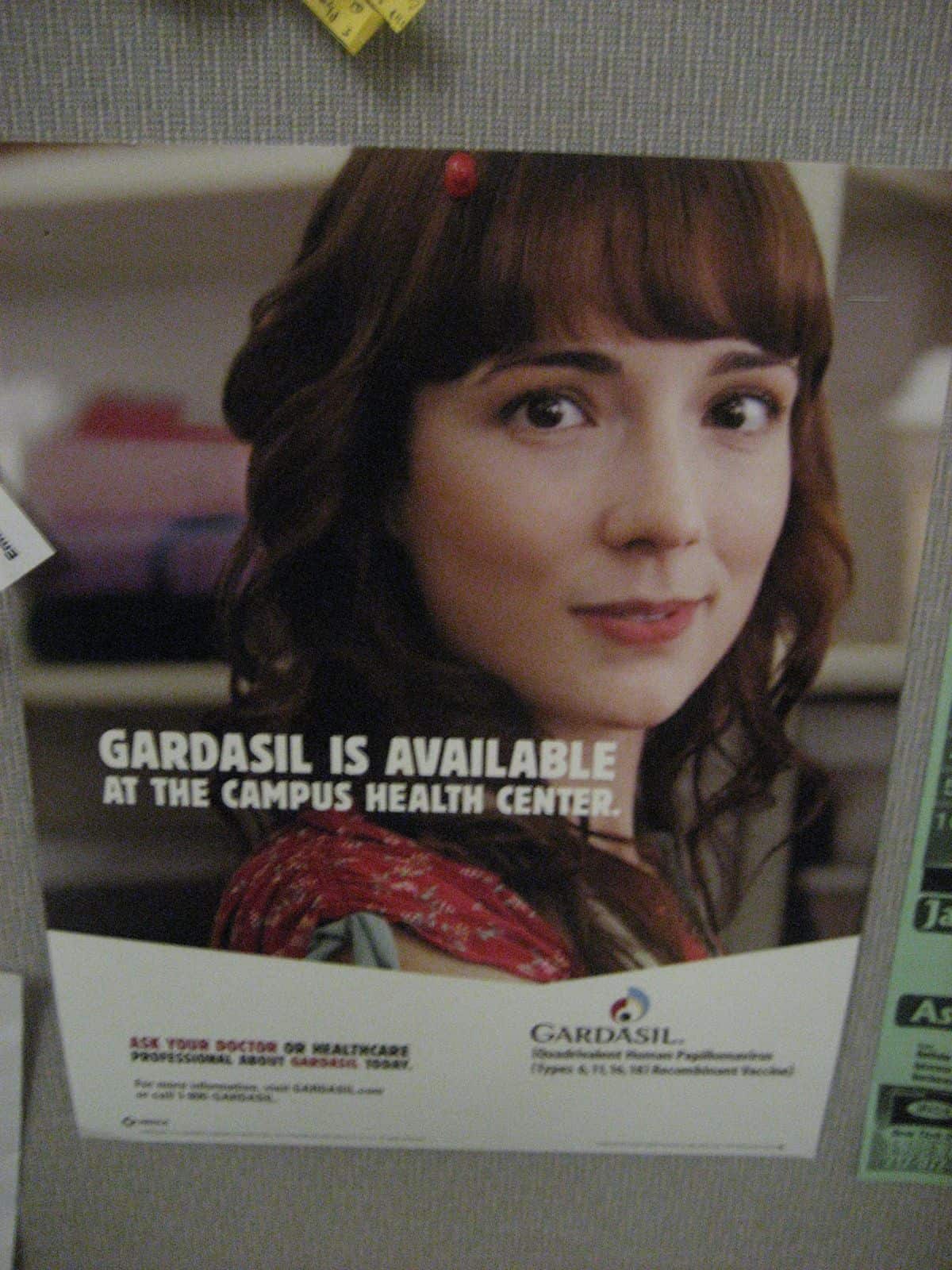 A Very Short History of the Pap Smear

Today, there still are over 4,500 new cases of invasive cervical cancer diagnosed annually, with most of these occurring in women who have NEVER had a Pap smear.

The American Cancer Association itself says:

“A well-proven way to prevent cervical cancer is to have testing (screening)… the Pap test (or Pap smear) and the brand new human papillomavirus (HPV) test are used for this.”

If a pre-cancer is found it can be treated, stopping cervical cancer before it really starts. Most invasive cervical cancers are found in women who have not had regular Pap tests.”

Then Along Came the HPV vaccine…

In 2006, the Food and Drug Administration licensed the first vaccine to prevent cervical cancer caused by certain strains of HPV. That vaccine was Gardasil made by Merck & Co. (source – What Happened to the Pap Smear?)

(Be informed that more than 90% of those who become infected with HPV naturally clear the infection from the body within 2 years. (4))

“The incidence of cervical cancer deaths are 1.4-1.7/100,000. There are 15 (known) of 100 different strains of human papilloma virus, and the vaccines reportedly protect against 2 of these. The natural course of infection with any of these strains has been demonstrated to involve resolution of 70% of infections within one year and 90% within 2-3 years.” ~Dr. Kelly Brogan

Could it be that there isn’t much money to be made from pap smears (tests) where there are large profits from vaccine sales? I could be wrong, but I find it suspicious. 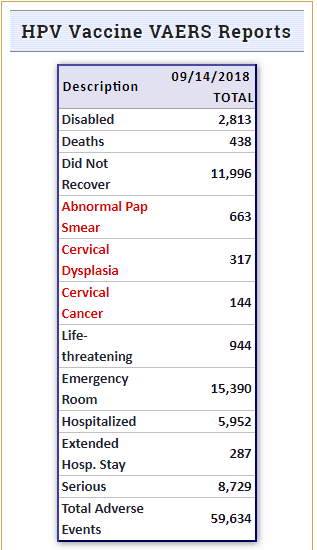 I have written on this a lot as I have seen too much.

The Word ‘Gardasil’ Is No Longer on Ads

This was pointed out to me by an observant young woman. The pic on the right (below) is of one of the ads in her BH&G magazine.

If you’ll notice, the HPV vaccine is not marketed as Gardasil anymore. Merck is the maker of “both” Gardasil and the HPV vaccine that’s being advertised now. My friend (and I) are disturbed that they are wielding fear and guilt against parents to sell these vaccines. 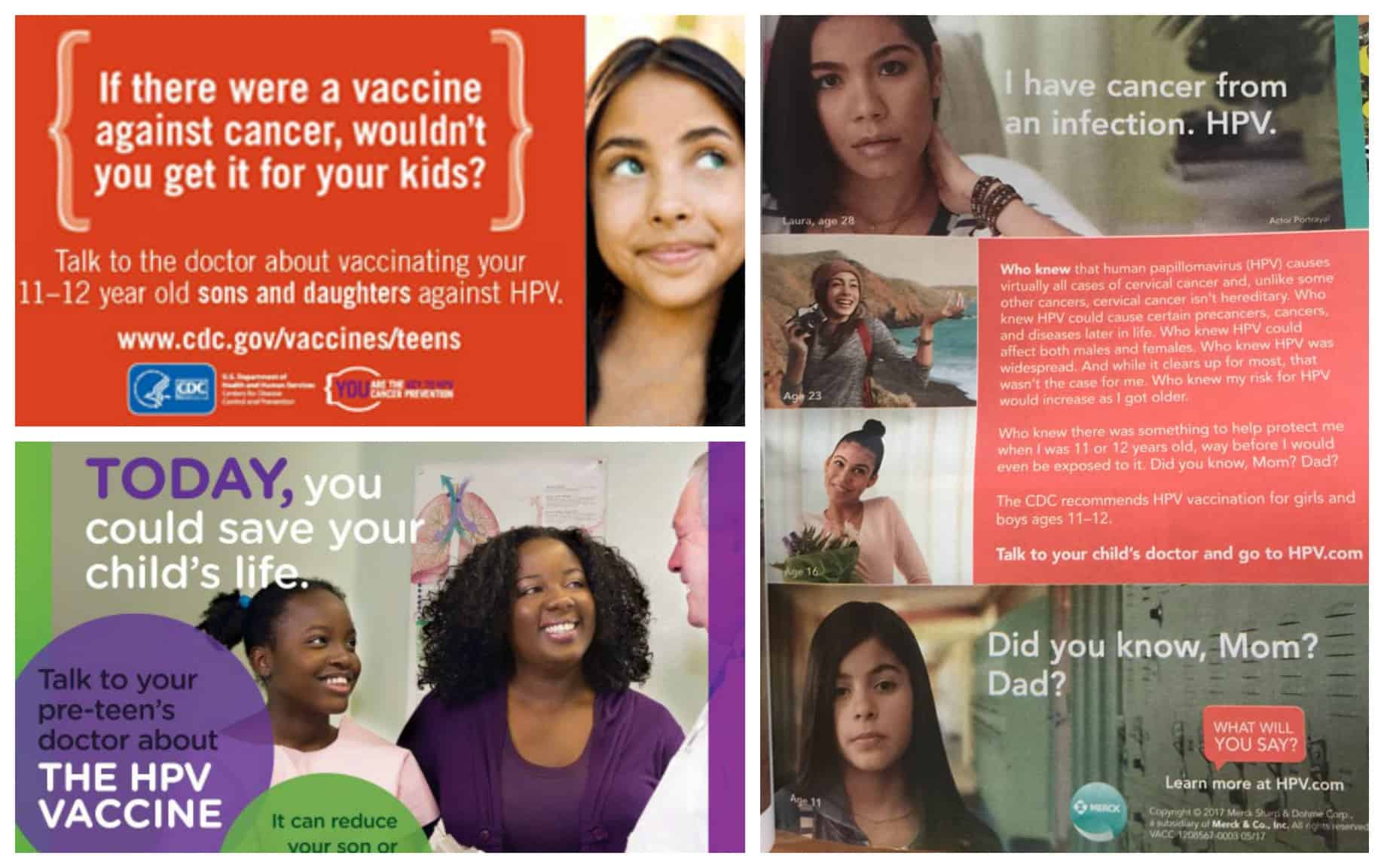 I hope moms and dads will become fully informed before falling for the fear and guilt tactics. Please think for yourself and do not follow the crowd.

And a pap smear is not necessary if you are a virgin. For a virgin it is pretty invasive. I believe, even women in what they believe is a monogamous relationship should have a Pap smear is that many Christian women have found out, to their sorrow, that infidelity has been a partner in their marriage. How terrible to find out there are sexually transmitted diseases to contend with, as well.

Pap smears are well worth the time if you ask me vs. a vaccine that can cause terrible side effects and even death!

(As of October, 2018), New Screening Tests Exist for HPV-related Diseases

CDC (see the 2 admissions here!): “The Pap test (1.) can find abnormal cells on the cervix so that they can be removed before cancer develops. And an HPV DNA test, which can find certain HPV types on a woman’s cervix, may also be used with a Pap test in certain cases (called co-testing). (2.) Even women who were vaccinated when they were younger need regular cervical cancer screening because the vaccines do not protect against all cervical cancers.”

NBC News (August, 2018): “New cervical cancer screening recommendations out Tuesday may make Pap smears a thing of the past for women over 30. For women under 30, the Pap smear is still the best option” and “In the U.S., our biggest challenge is reaching women who have not been screened.”

CNBC similarly states, “…some evidence shows that HPV tests are more sensitive than conventional Pap tests, meaning they correctly identify more people at risk for cervical cancer. They may also allow for a longer time between screenings since they detect the virus before it has the chance to cause cellular changes.”

So, if these statements are true, the HPV vaccine is (I’m not trying to be funny) overkill, beside the point, a big gamble if you get proper screening including pap smears and after 30, new cervical cancer screening. Be informed before you give your consent.

Jacque’s Update: Facebook and social media platforms are cracking down on Conservative/holistic health content. Pinterest permanently removed 2 of my very large boards, because we are not even allowed to question vaccine ingredients. Pinterest later emailed to say the content encouraged “self-harm”. Also, many of you have complained that you never see our content in your news feeds on social media. There’s only one way to fight back — and that’s by joining my FREE newsletter. Click here.